A year or so ago, I bought a bunch of pieces off a friend, and told myself that I’d go through those pieces before buying pieces off Bricklink. I’ve not made that many MOCs sense then, and am reaching the point where it feels like I must order some special parts in order to improve. However, still wanting to keep my word to myself, yesterday I resolved to do something with those parts, and began to build a series of MOCs trying to utilize those pieces as quickly as possible, while still mostly maintaining some consistency. 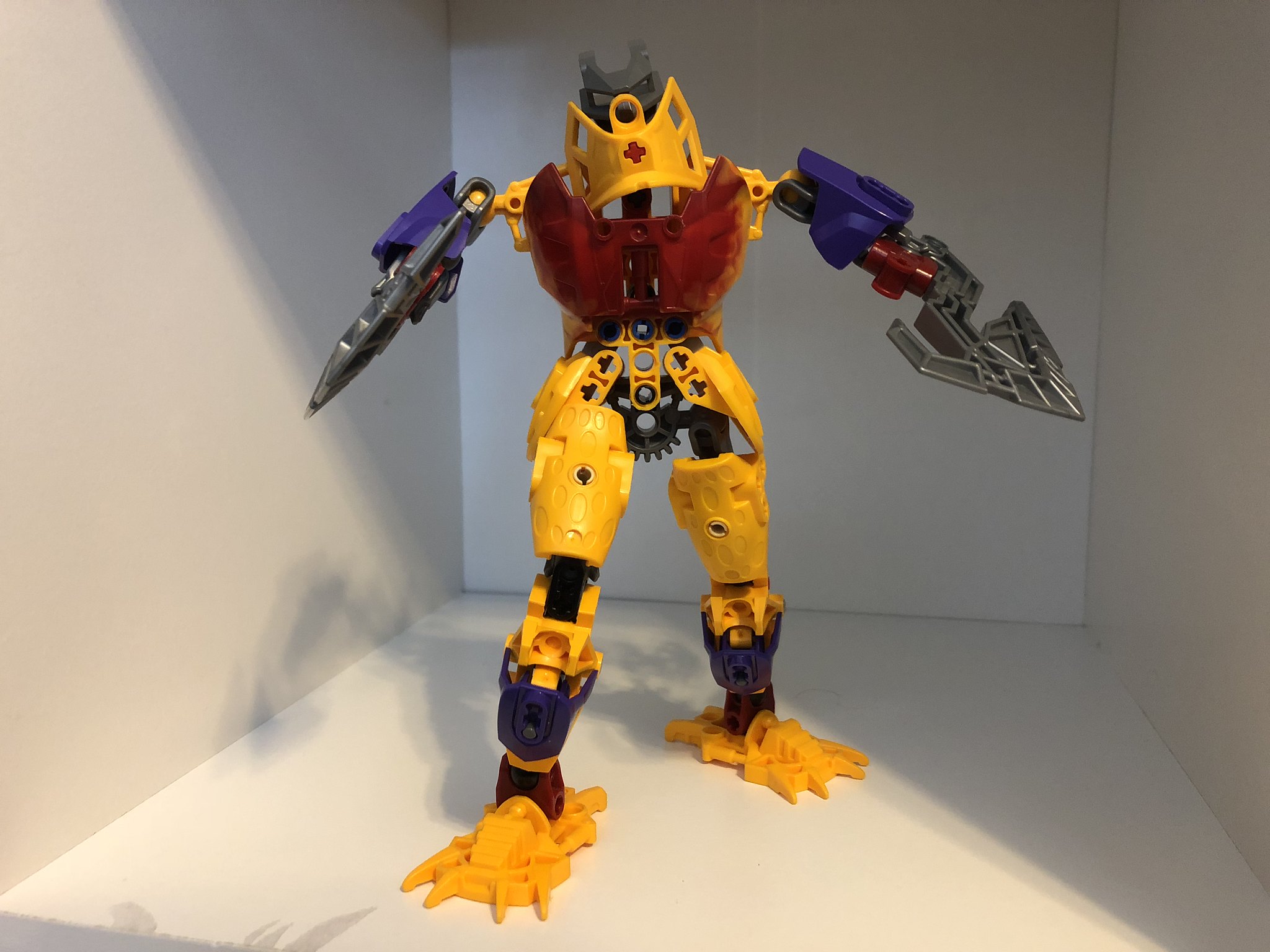 “En;rei” is based on a tablescrap MOC I made five years ago, a fighter who would not let his lack of forearms get in the way of his revenge. The original version was just primarily Keetorange and grey, and my only criterion was to incorporate the four Keetorange parts I had got. With this version I added in some bits of dark red and purple, which in my opinion gave him a much more tribal feel. I’m considering making a fully fledged MOC of him in future, as he’d make for a great contrast against the less saturated MOCs I tend towards. 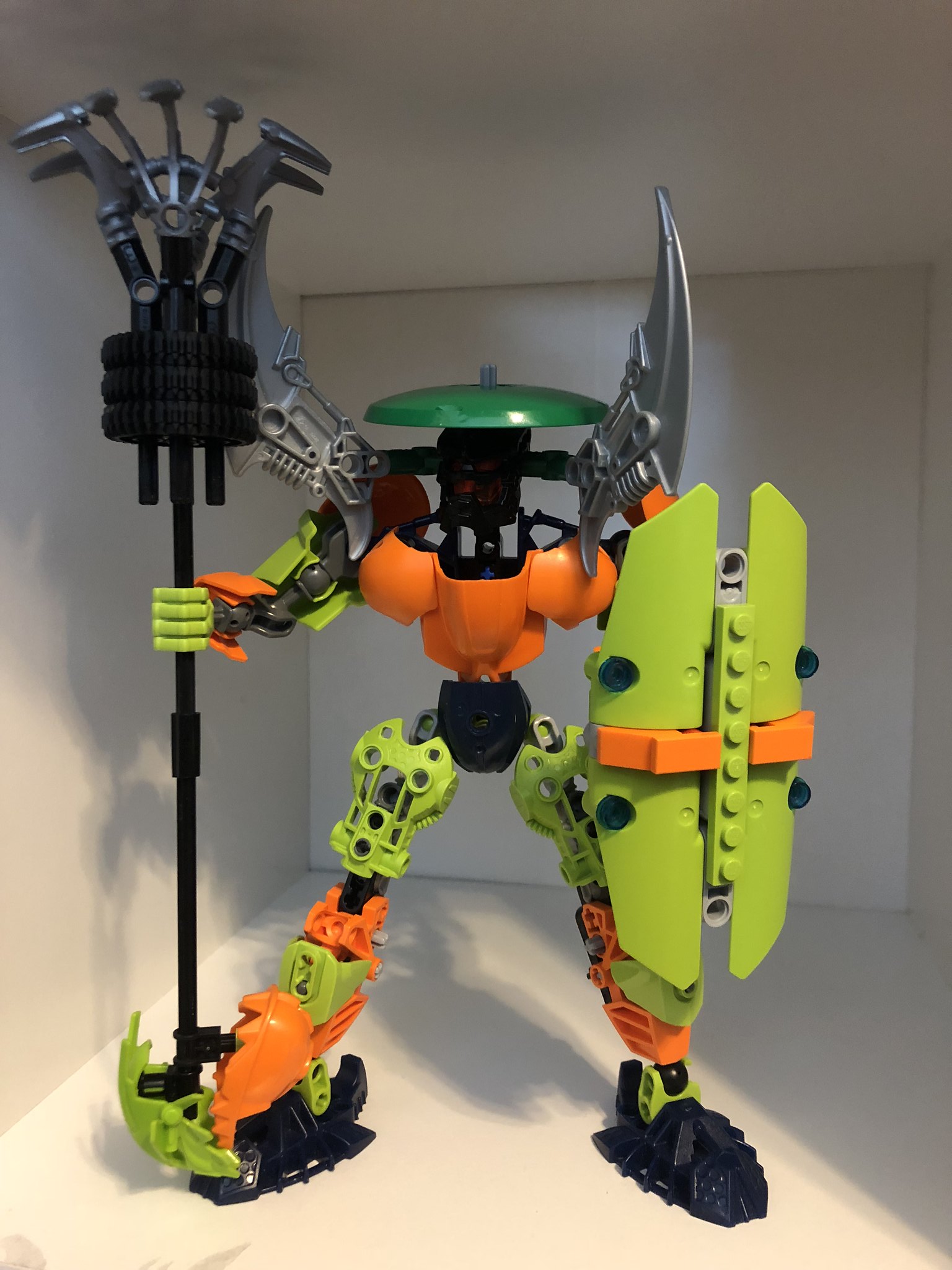 With the idea to create a fully fledged En’rei MOC in mind, I set out to make him a rival with similar aesthetics. “Terago” was a tablescrap MOC I had made around the same time as En’rei, that also had a fairly bright color scheme that I could use to incorporate the few lime green and orange pieces I had acquired. I also got a chance to incorporate a head design and shield design I had made years ago but never had a MOC that fit (even now I don’t think the shield fits). Terago’s responsible for the loss of En’rei’s forearms. And his father, too. 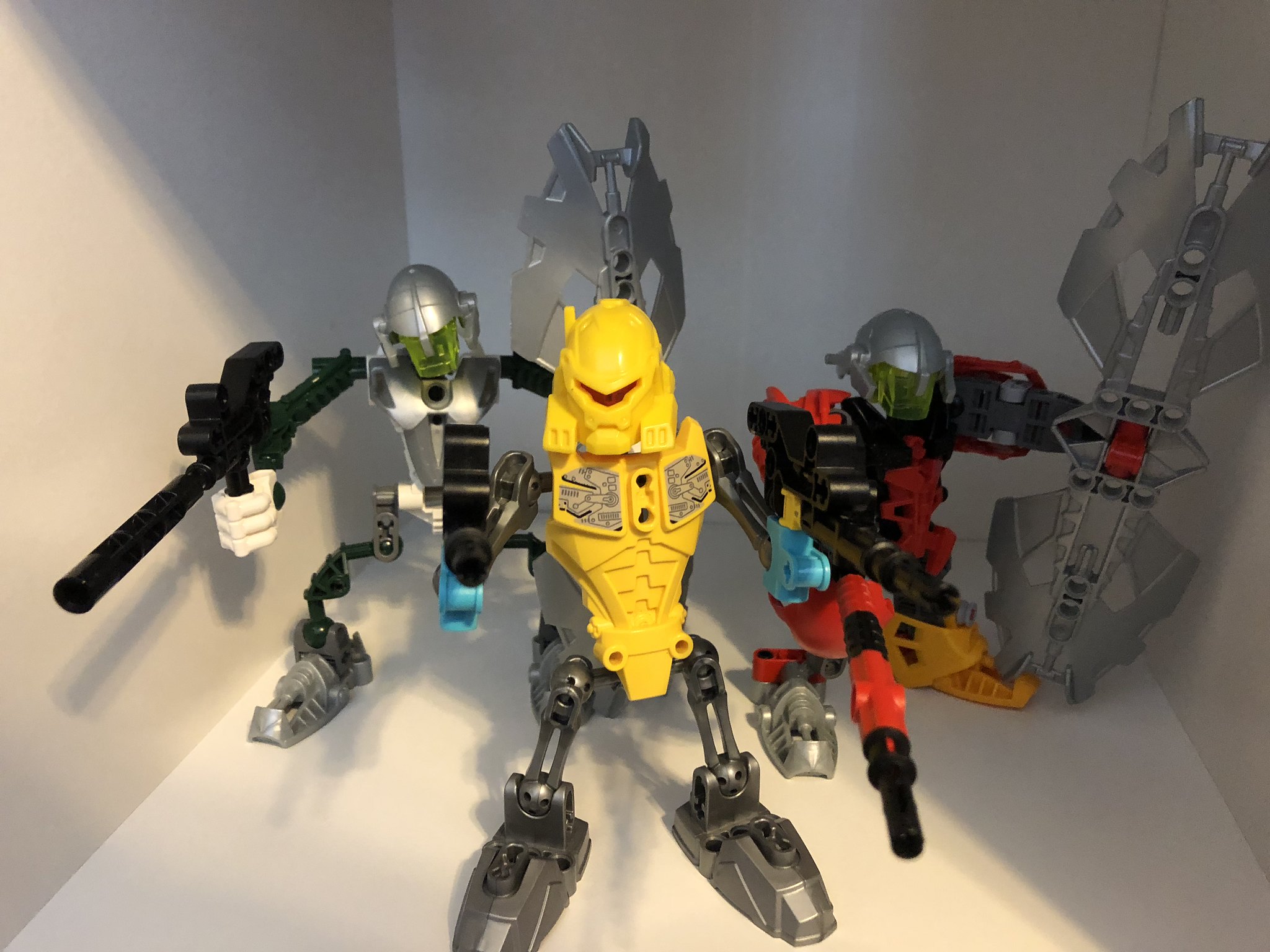 The Super Troopers2048×1536
these small builds incorporated a few more colors there were few pieces in, plus the shield panels and the Bohrok skulls I typically use only for larger MOCs. But that I’ve always seen used for making firearms. 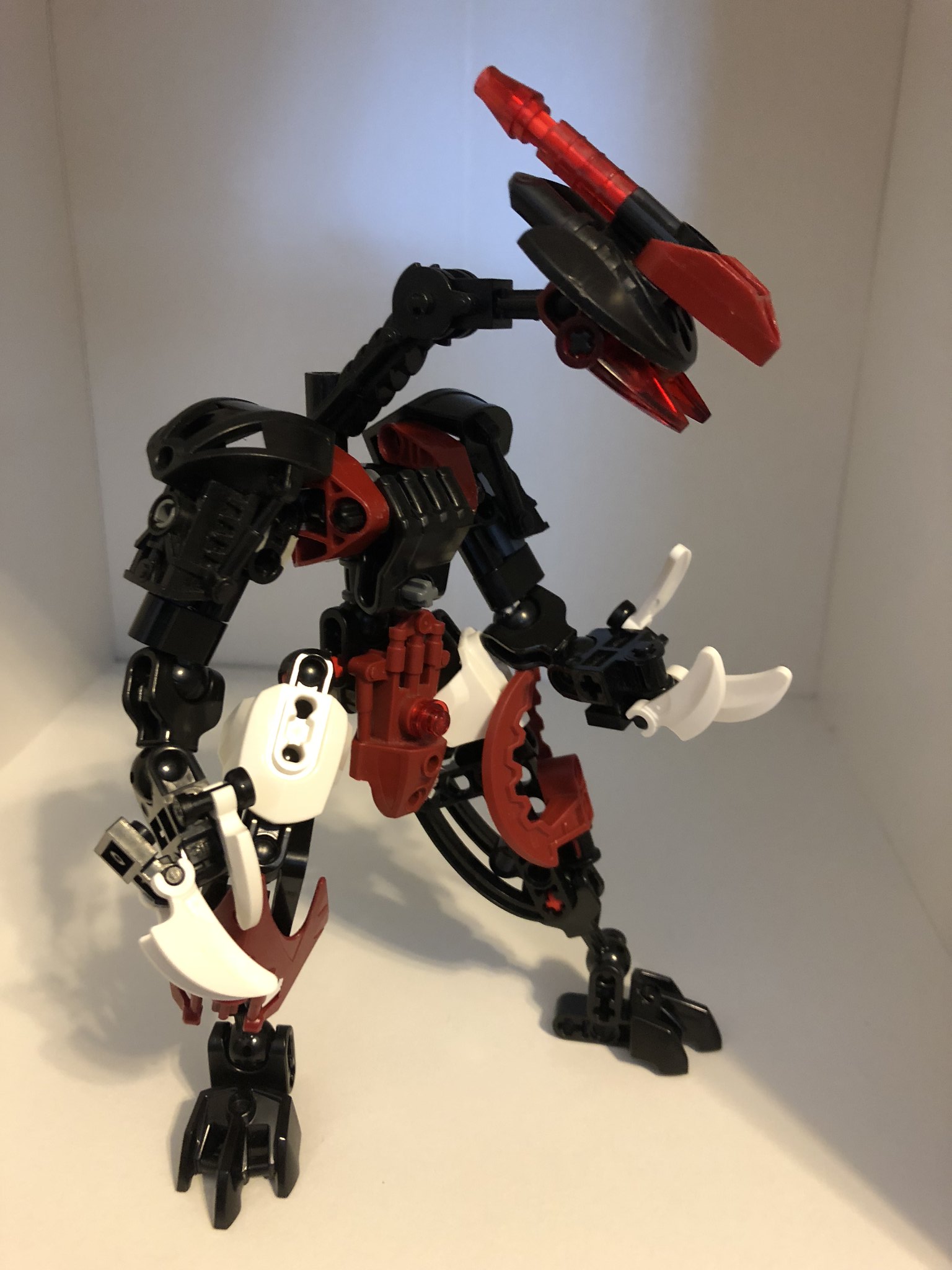 And here is my magnum opus (of the last 48 hours,) “Echorak”. Considering I got the Nuhvok head for the sake of making a Ekorak MOC, it felt right to do one. I managed to use all the balljoints in that purchase I hadn’t already used in this MOC, which meant I didn’t have enough to give him proper legs (but really - should I, of all people, be the one to be giving Ekorak proper legs?)

More MOCs to come in this topic, cause I’ve got a ways to go on this parts lot.

Cool looking mocs especially for being quickly built. I think the last one is my favourite.

is this some sort of joke

depends on which MOC you’re talking about 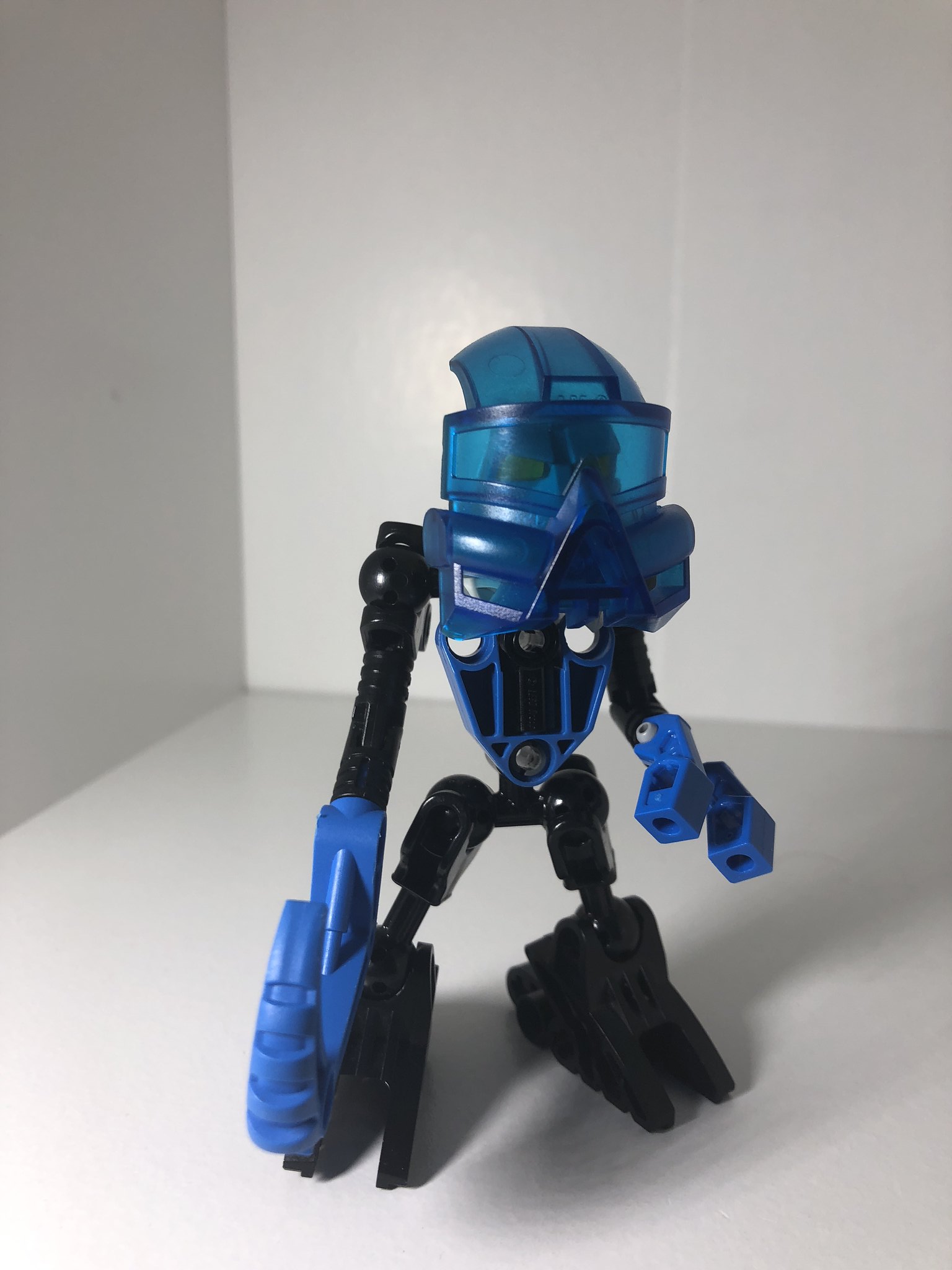 I’ve built a bunch more tablscrap MOCs, this is the only one I’m confident in

Echorak still hurts me to view. Long Live En;rei though 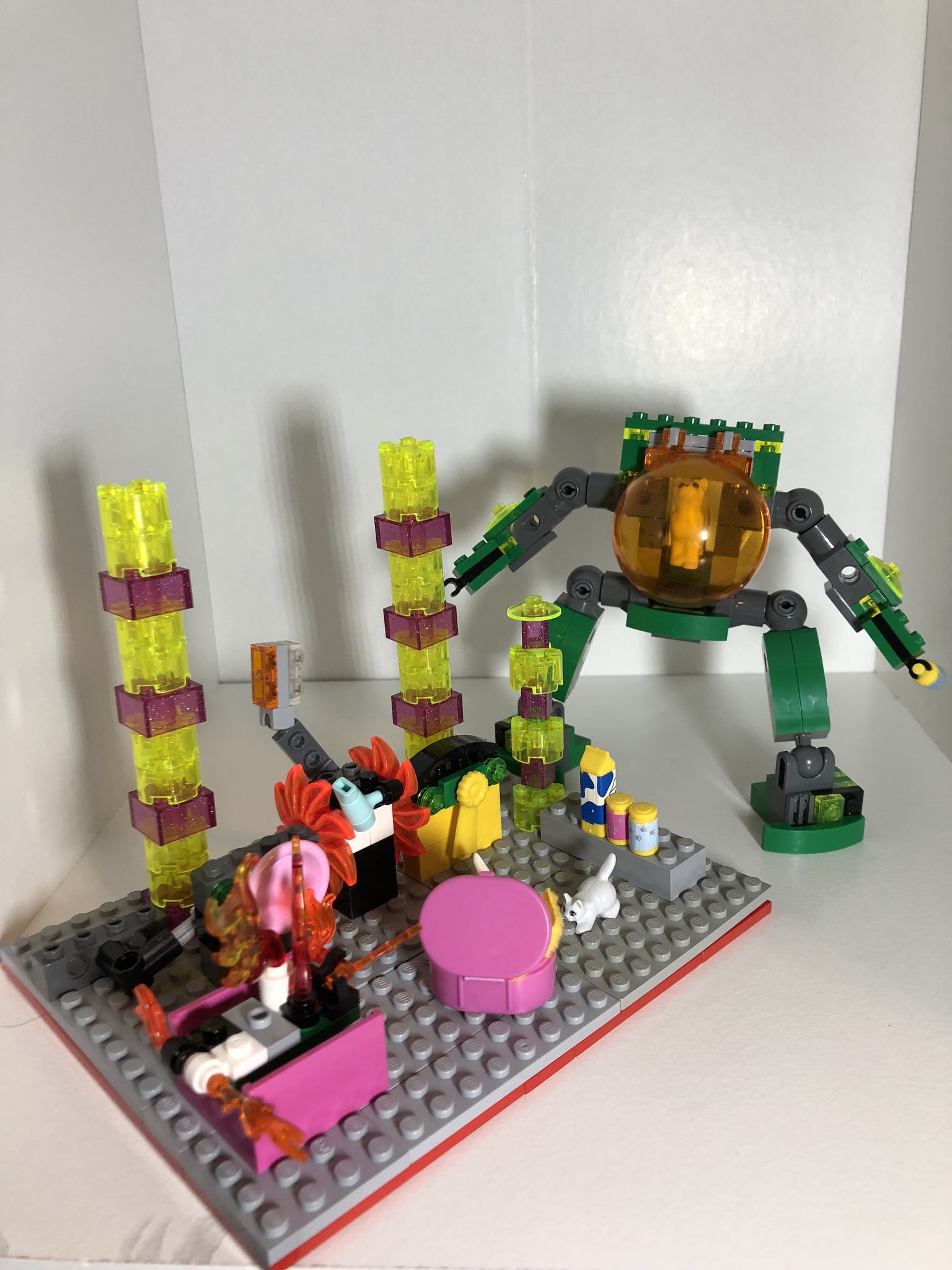 Um. Is that battle cats HQ? Either that or some torture place idk.