A theory to account for unusal breakage of LEGO Parts.

All of us have had those rare moments where LEGO parts have broken on us. Many times we know that these parts have some fragile aspect to them, such as the thin ball sockets in the late years of Bionicle G1, or droid arms. Then there are parts that break in a way that doesn’t make sense. such as hairline fractures in odd places, or multiple cracks in perpendicular to each other. What could be the cause of these odd fractures?

The answer to this may be simply the way the plastic flowed when it was made.

The plastic injection process generally produces strong parts, at least if you use good quality plastic. Many causes of breaks are simply because of areas of more stress plus thinness at that area. But there are times where the way the plastic flows may determine where the part will break.

Plastic flows in from outside the mold through specific holes in the mold, and fills the molds from there. Where the plastic last touches itself may be a point of weakness, simply because it is not mixed fully with the opposite flow. You can see these joins in metallic Lego pieces. Here are some examples.

This is the most drastic one that I found in my collection. The stress on this type of part is not likely to cause any sort of breaking. 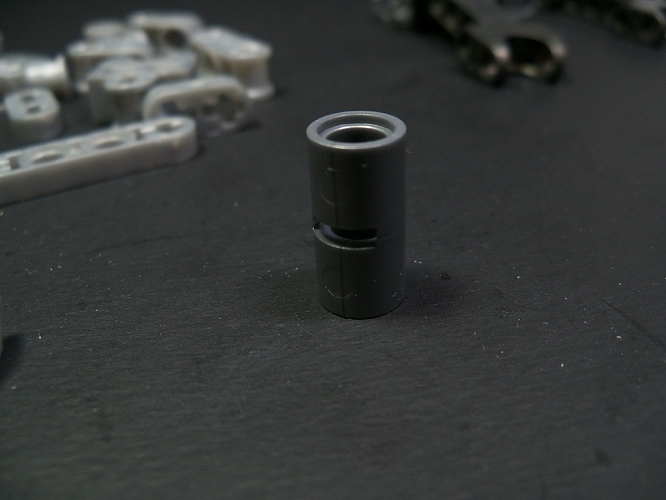 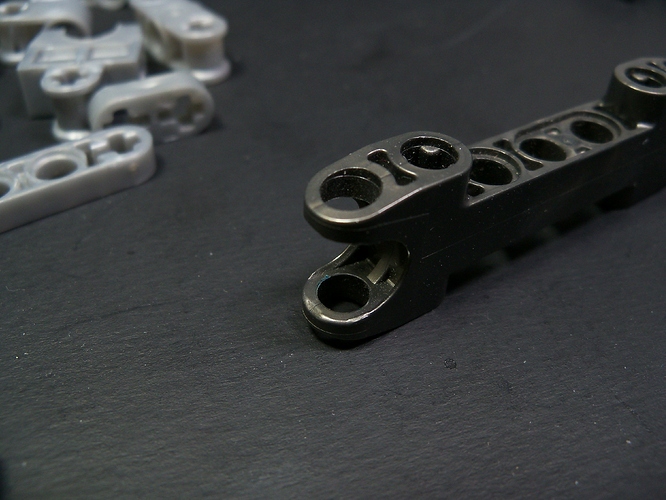 The meeting point of the plastic here just happens to be where this type of part breaks most often,and the thinnest point, but this part type can also break on a thicker part of the joint. 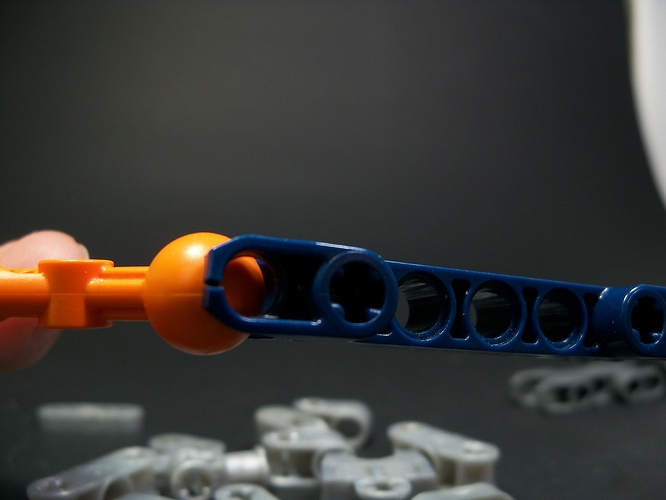 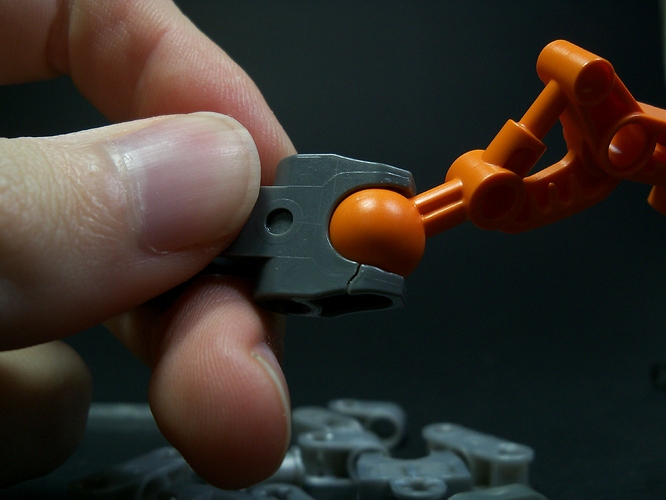 There is one thing that I noticed which helped fortify this Theory. Older silver parts are slightly translucent. Below I have several pictures of those parts. Where the ‘meeting’ points of those parts look similar to the points of their broken counterparts. Albeit more subtle, the connection is still there. Broken parts on the right, intact parts on the left. 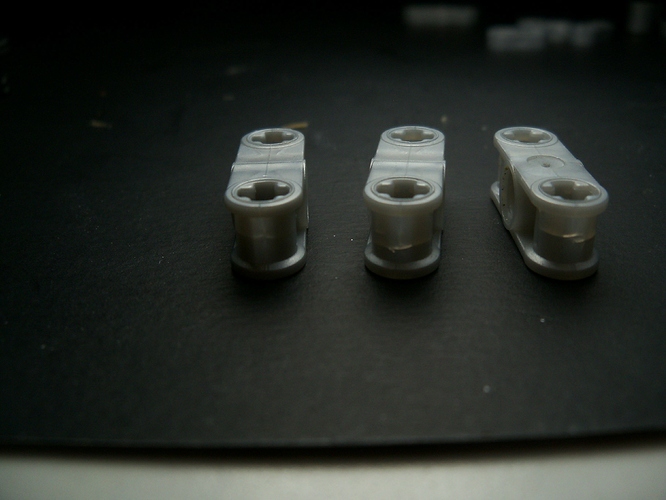 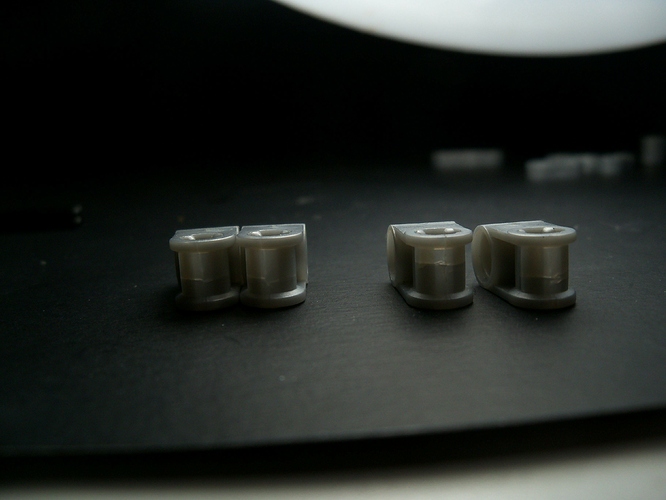 I am not sure if more recent parts have the same cracking behavior. If anyone who has bought a recent technic connector has had it broken in these ways, could you please say below.

If this theory does turn out to be true, there isn’t much that can be done about it besides changing the molds to strengthen those areas or move where the injection points are.

Or maybe the LEGO group could simply keep the plastic molten for a few seconds longer in the mold to let the plastic better bond at these points.

Also, the fact that these ‘joints’ often occur in some of the thinnest places, on Technic parts at least, is not helping the breaking problem.

This is something that has been intriguing me for a while, and I finally got around to seeing if it could be possible. Turns out it might. This may be something I bring over to LEGO if it is not resolved already.

If anyone who has bought a recent technic connector has had it broken in these ways, could you please say below.

They break over constant use; none which I have encountered which I have recently bought had any instantaneous breakage. Your main theory makes a lot of sense though

What set does that recolour come in?!

What set does that recolour come in

Vezon & Fenrakk, on fenrakk’s leg, it comes with 4 of them

Lego bricks will never break unless you really really try, so it’s only Technic parts/Bionicle (I assume).

@Rockho I was just wondering because I haven’t kept track of newer parts in my collection. It would be weird to see instantaneous breakage, but over time, It would be interesting to see how these parts break.

@DannyBoyy Certain colors of tiles, plates, and cheese pieces crack often for no apparent reason. Often these are white pieces. It is not solely bionicle and Technic. Those are just the best examples that I could display.

I’ve seen people show broken ccbs bones before, which is quite surprising, as through my entire MOCing career I’ve only had one break.

I guess it depends how you use the pieces; I used to take apart ccbs bones by twisting them sideways to snap them off much quicker, and I guess that quickly took a toll on the parts the more I did that. Most don’t break instantly; it’s a slow process where it starts to articulate looser than usual, then you gradually notice one or two cracks on the sides of the sockets, soon rendering them not unusable per se, but just inadequate compared to newer bones. Now that I’m more careful taking them apart, holding the socket firmly and pushing it straight out as opposed to sideways, they don’t get stressed as often as before

@Rockho Yeah, technique definitely helps preserve joints for longer. Lately, some of my more fragile joints are holding up better due to better technique.

Have either of you guys noticed unusual breaking on your peices recently?

The CCBS is the best.
Maybe you can help me. 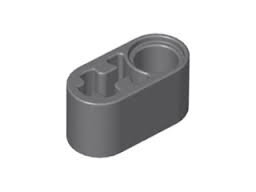 This is a piece from the Black Phantom set. I don’t know why, but it brokeat the half of the axe hole. I don’t know when, but I think it broke somewhere in 2016 (last year). Can you tell me why?

That sort of break is most likely done from stress. I have had no problem with this type of part, but it could in part be due to the issue I’ve mentioned here. On this part, only one of the fractures would have been likely partly due to this issue.

Even then, the part wouldn’t have broken by simply putting an axle in it.
The parts in the original post can break by only doing that.

Remember you can order some replacement parts directly from LEGO at no charge to replace it. 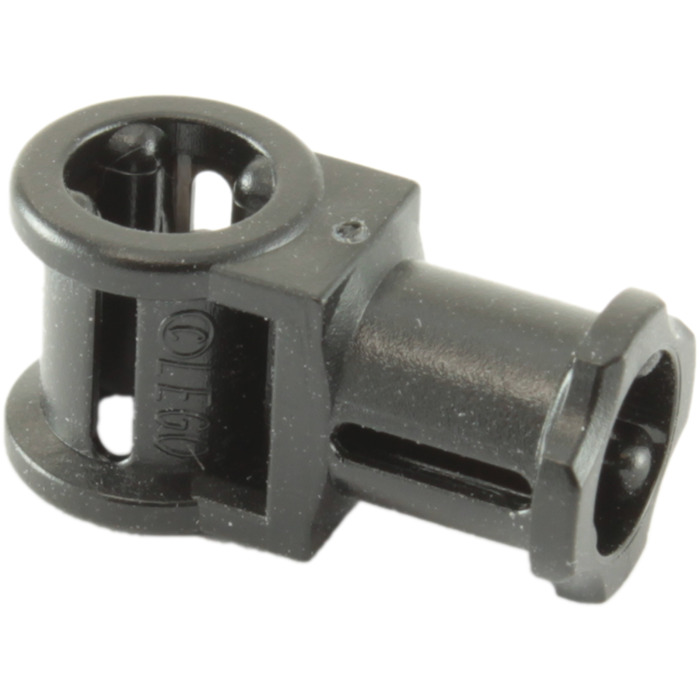 These ones tend to brake a lot, regardless of when they were made. They are unable to hold on to stress for any longer periods of time, due to the skinnier plastic around the axel hole (color barely has any substantial difference in the longevity since I have encountered colors that should usually have the tougher plastic braking just as easily). They are among the first pieces to brake (appart from the old connectors).

Also I have noticed that the small trans light-blue ccbs bones are starting to crack, granted those have fallen and been connected several times. 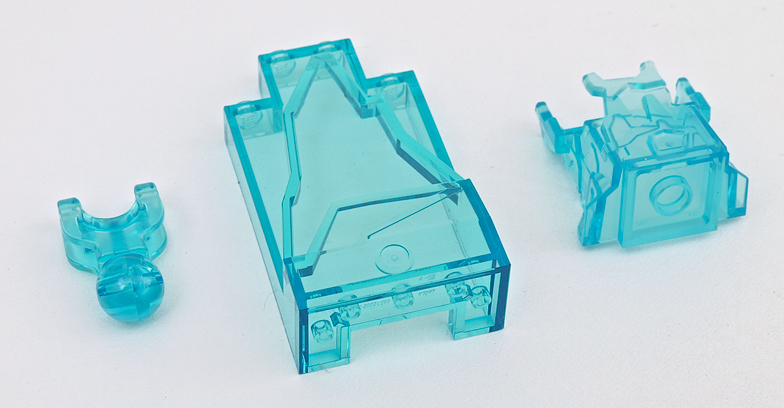 Go to the Lego website, then down to customer service. There should be a place there to order replacement parts. I don’t know if you can do this in all countries, but you can in the US.

These ones tend to brake a lot, regardless of when they were made. They are unable to hold on to stress for any longer periods of time, due to the skinnier plastic around the axel hole (color barely has any substantial difference in the longevity since I have encountered colors that should usually have the tougher plastic braking just as easily). They are among the first pieces to brake (appart from the old connectors).

Stress is still a factor in this theory. It’s just that they seem to break along these points first. There is a possible correlation still there.