You may be thinking, “Hunter of Awesome? What, does that mean this guy - whoever he is - hunts awesome?” Nope! It means that he is awesome. He is the Chuck Norris of BIONICLE. Scratch that - he’s cooler than Chuck Norris, mainly because he doesn’t say things that are offensive to certain people. He makes the Inika build look good.
Take a look: 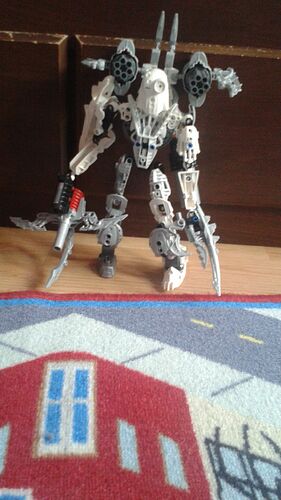 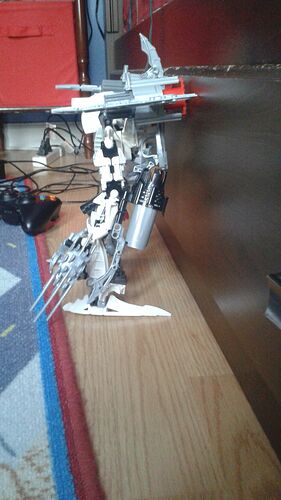 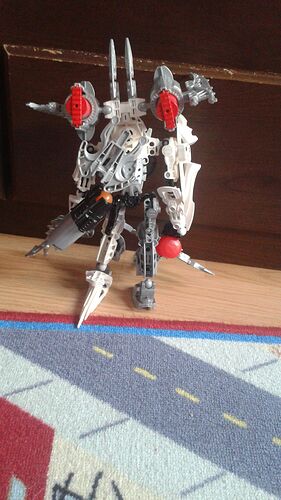 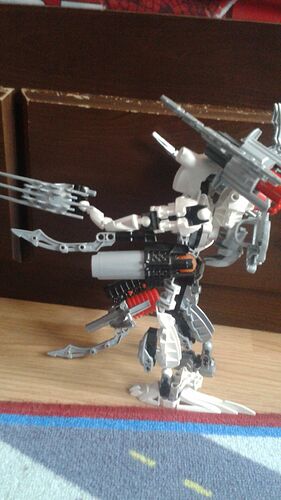 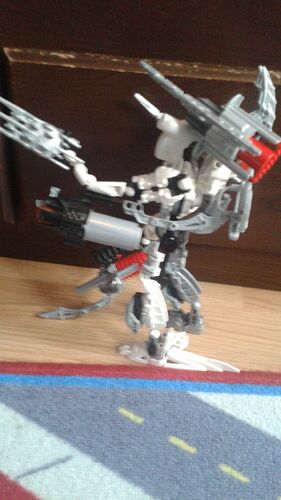 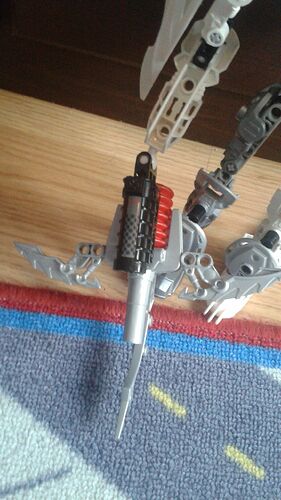 Also, he has a squid launcher.

But where does he store the ammo? Unless he doesn’t need any and just hits people with it

Needs a bit of Work, but good job nonetheless.

But where does he store the ammo?

He makes is spontaneously appear by the sheer power of his awesome.

@PluralLego Thank you. Though I have to ask, what about the right leg looks strange?

what about the right leg looks strange?

I think it is the plate in the front, but I just can’t put my finger on it.

I think it is the plate in the front

Ok, yeah, I see what you mean.

Well, nobody can shoot the things, so that makes a lot of sense actually.

I don’t care who he is he isn’t as cool as Chuck Norris.

Well, it is a character and to be fair, Chuck Norris is just a normal Martial Artist Actor.

But Chuck Norris is the human form of 'Murica and is so fast he can run around the world and punch himself in the back of the head.

So…he is a gun dealer that keeps all his merchandise on his person?

So…he is a gun dealer that keeps all his merchandise on his person?

“I like pain. Reminds me how awesome I am.”
-Acteon

That gun crossbow thing is awesome.

In all seriousness, cool MOC!

Probably still a better use of the rubber piece…

Why do you think he has a robot leg?

Cause he felt like getting one, I know. I was just wondering why his real foot is a Pridak’s foot but he also carries around a Pridak foot for luck. Did he use his own foot as the luck charm?
Anyways, I like how awesome this MOC is, it makes my eyes melt from too much awesomeness every time!