So a few days ago i got really nostalgic about Bionicle and was thinkin “hmm, maybe i should make a MOC or something, it’s been a while since i did that”
Well i got a bag of pieces out of a drawer, put a CCBS body together and made this guy in about 1-2 hours. 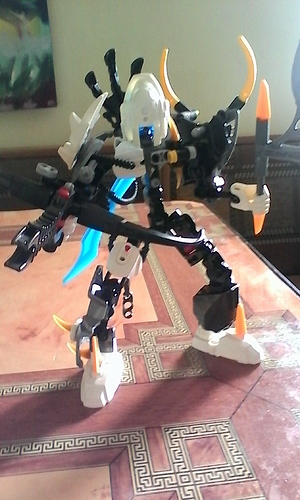 IMG_20170311_133458.jpg1344×2240 452 KB
As you can see, the design is a bit chaotic as i really wanted to give him a mutated-kind of look (his head’s supposed to be a mutated spider head kinda).
A first con that might come to mind would be the torso which makes him look like he’s got anorexia, but again, i wanted him to have that mutated vibe and look like a total freak of nature so instead of putting a big bulky armor on him i settled for leaving the torso rather uncovered and putting a bunch of smaller armor pieces on it. 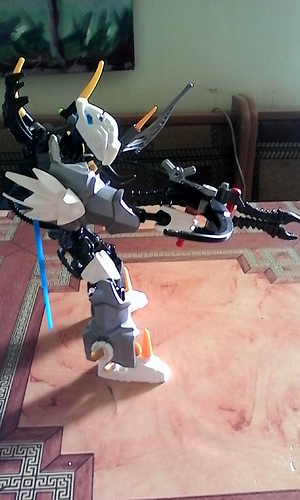 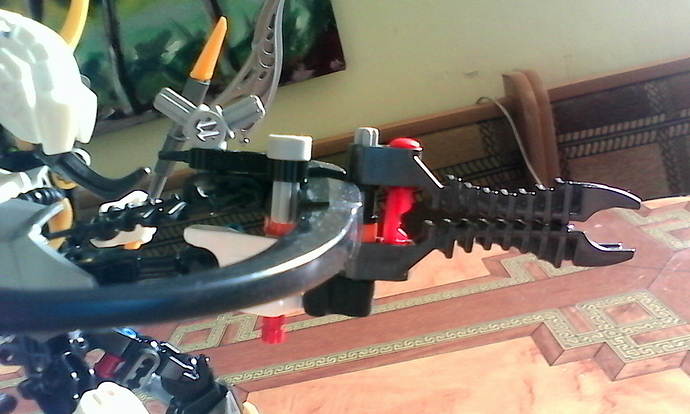 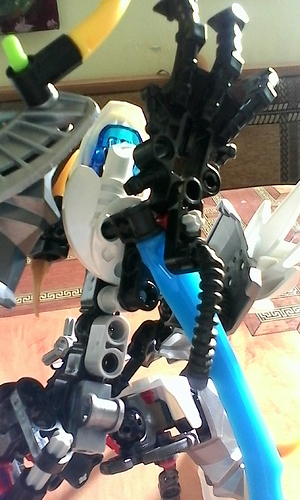 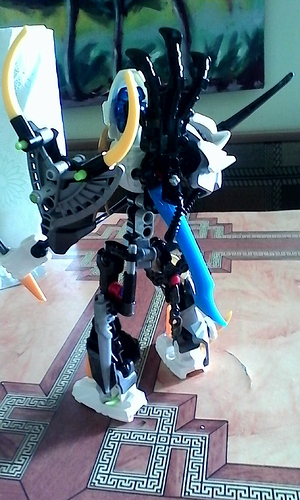 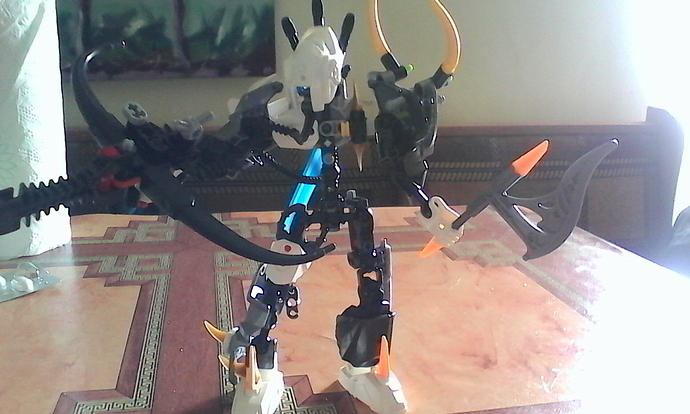 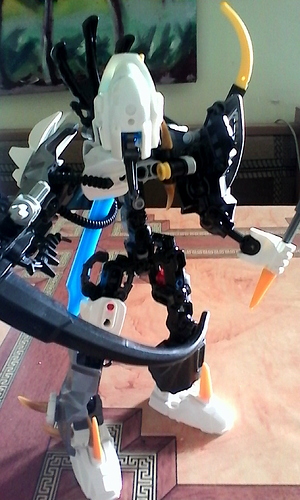 I suggest you add a armor piece over that torso and in some other places.[quote=“Reokai, post:1, topic:34568”]
he’s got anorexia
[/quote]

I see no chest

From what I can see, the torso is quite bare, and so are some of the limbs. I’d suggest covering some of that up. As for the shape, it’s not very cohesive because of all of the different shells that are placed almost randomly. And the colorscheme, I’d suggest removing some colors to make it more cohesive.

Give the poor thing a chat.

It looks good, but as others have said, the torso armor is nonexistent, pretty much.
It’s pretty good for a simple CCBS MOC, though.

It’s a basic ccbs frame with random bits thrown on, frankly it’s a mess. This doesn’t look mutated, it looks half finished.
Completely rework it, make it more cohesive and solid, as is I’m struggling to find anything positive to say.

Needs more armour and better weapons, he definitely looks mashed together in the amount of time you said he was made pal