The ATMS, or All Terrain Mobile Suit, is a prototype concept all-terrain vehicle utilized by the First Order as they began their conquest over the galaxy. The heavy duty tread allows it to move fast and efficiently, while the arms allow it to climb over rougher terrain. Additionally, when needing to make a sharp turn, the vehicle can drag its hands across the ground. Standard armaments include the dual 550-W “Wrencher” cannons on the front of the vehicle, as well as AC-765 Rotary Cannons that extend from the wrists of the hands. Other common armaments include the M-90 Heavy Rounds launcher, a mortar/grenade launcher with triple barrels, as well as the 333 Hailfire, three rotary cannons making up a three-barreled rotary cannon. The ATMS is one-person and has a rollcage that can withstand extreme impact, whilst maintaining the ability to fold back to allow the pilot to exit the vehicle. 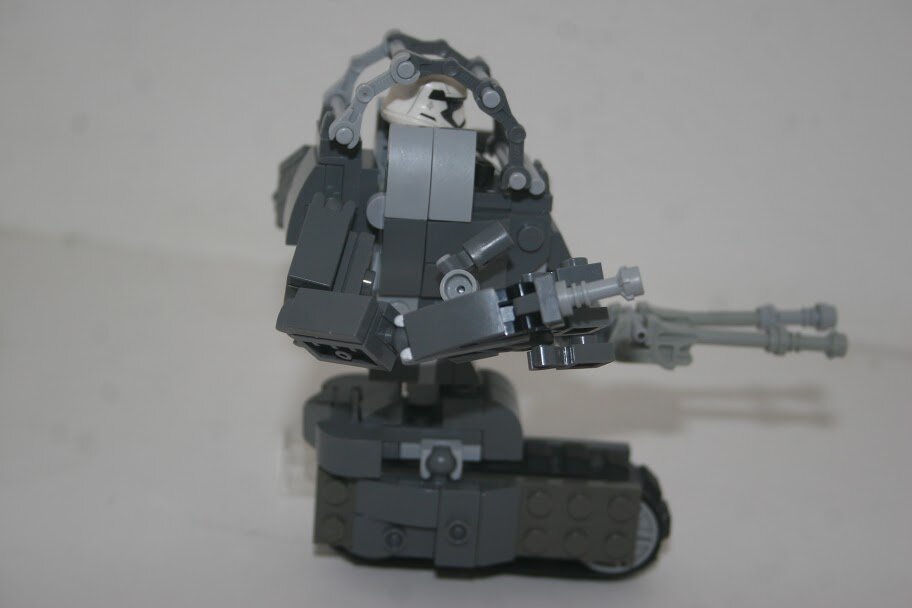 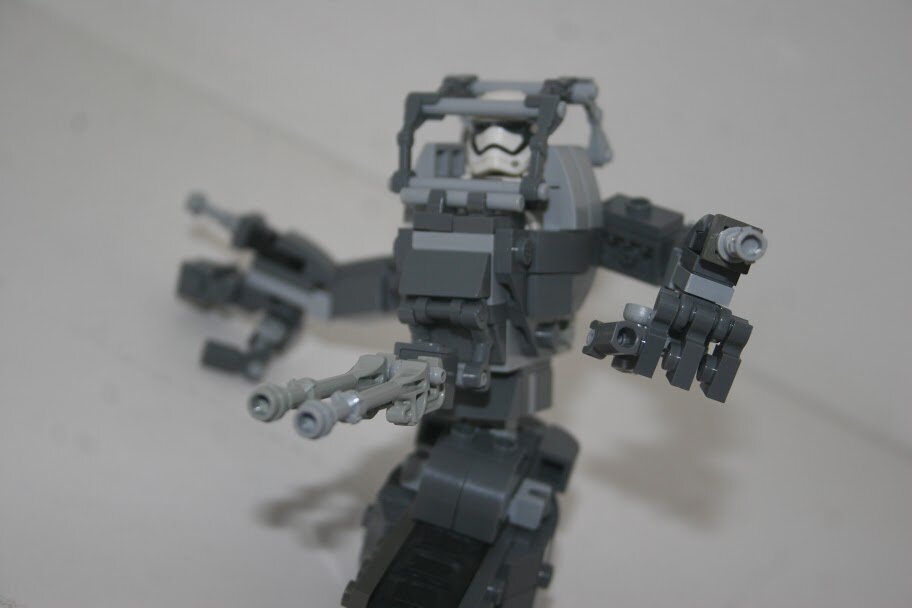 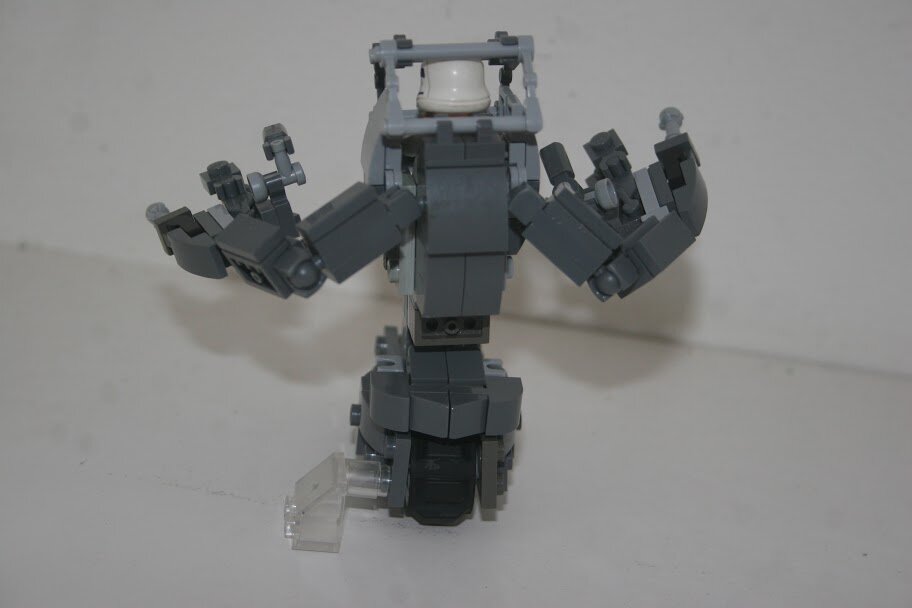 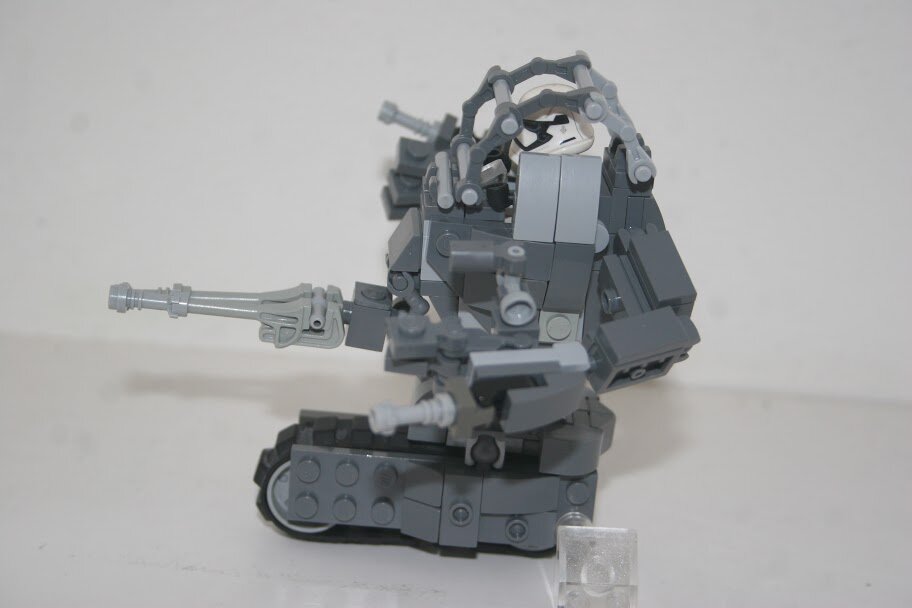 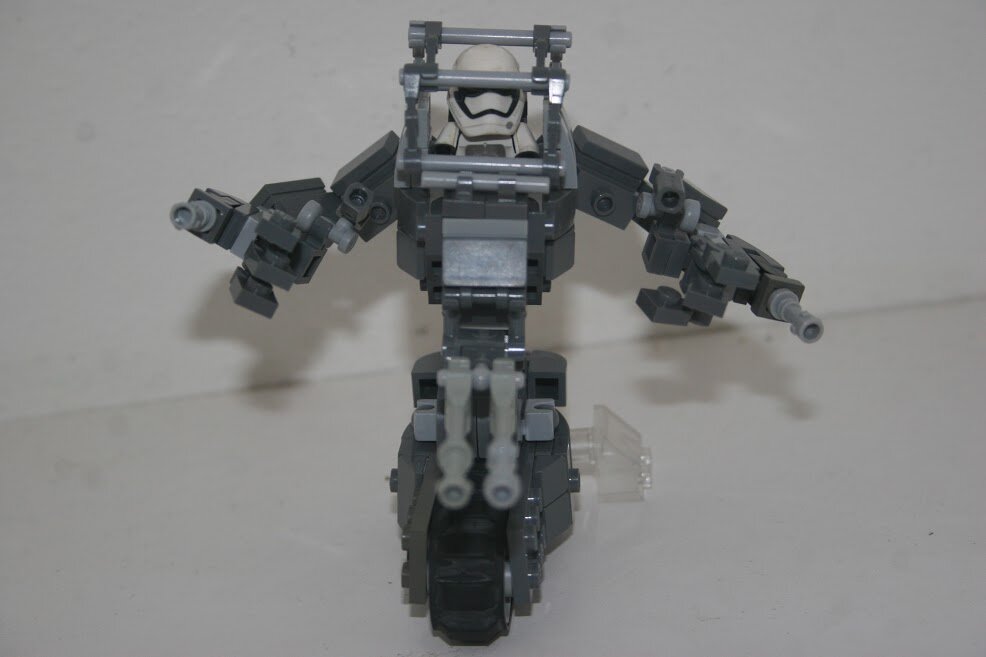 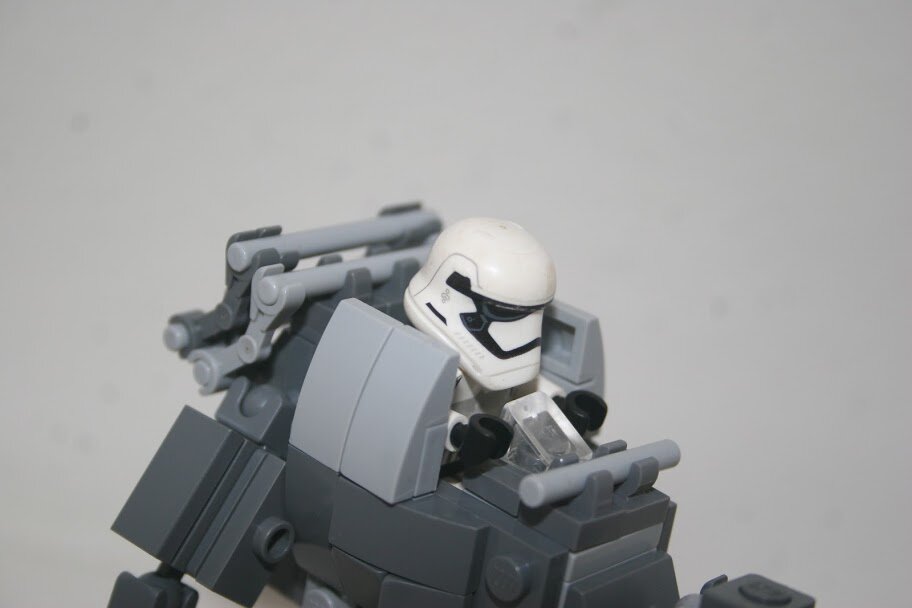 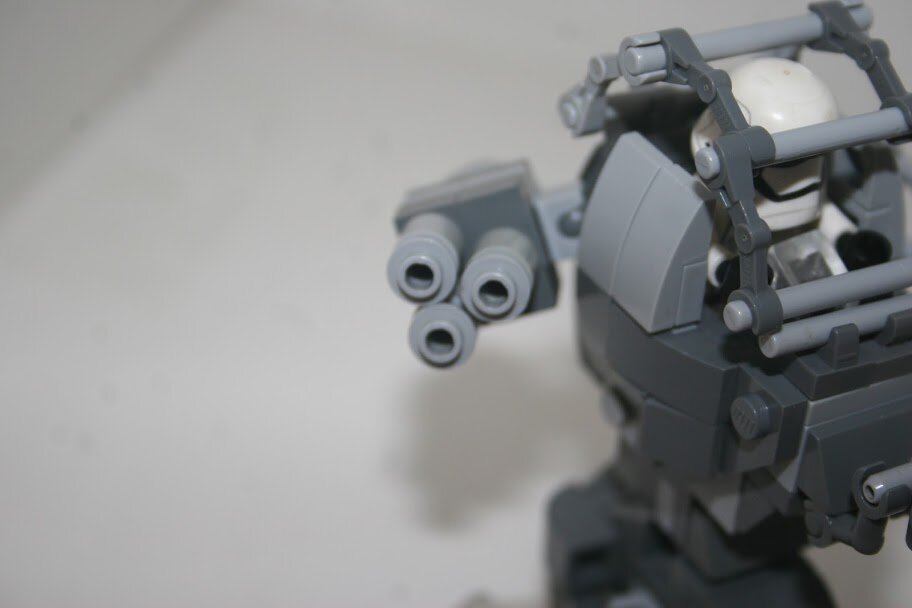 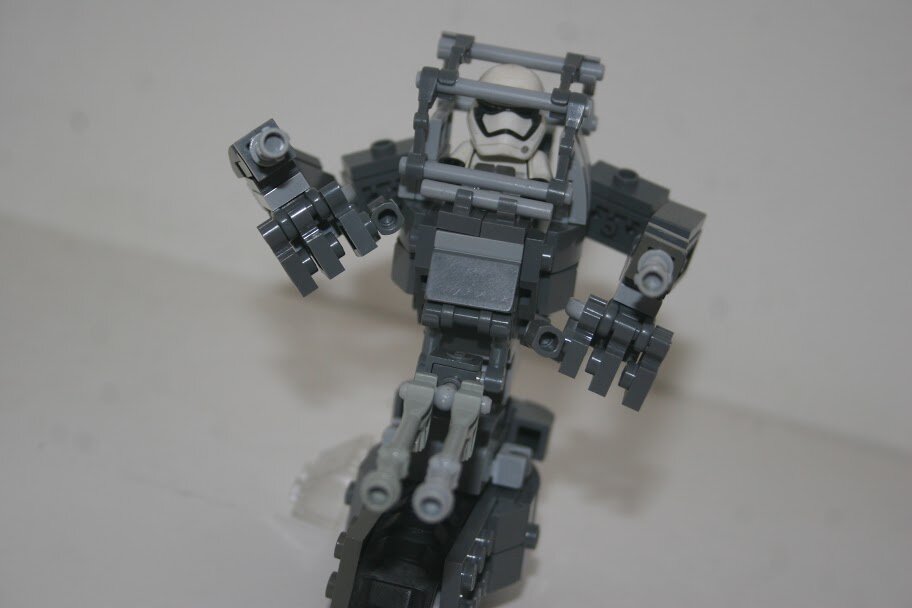 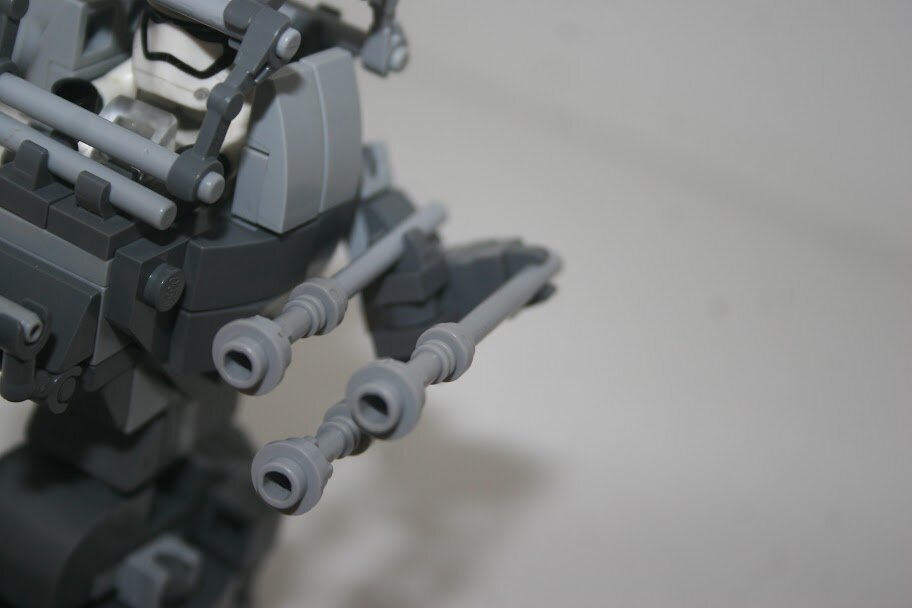 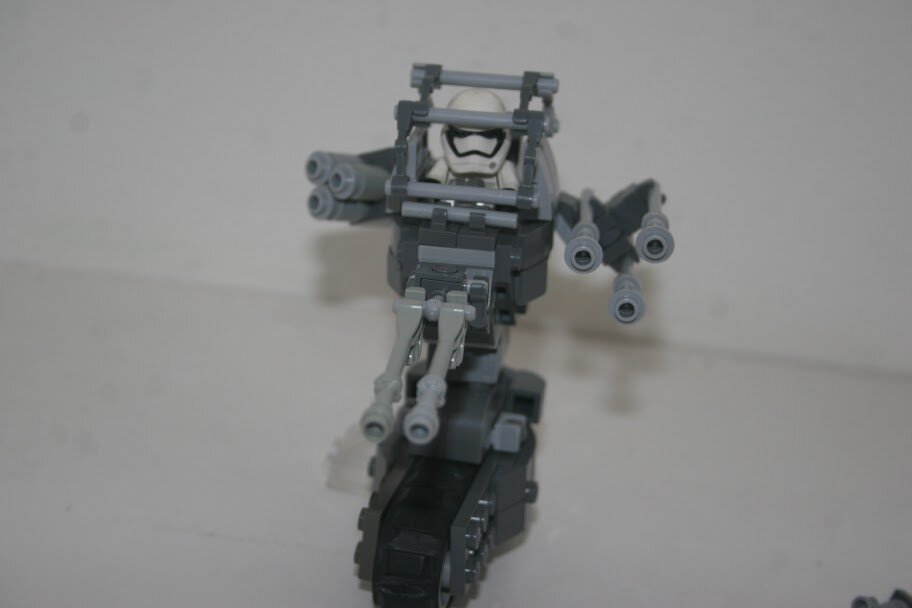 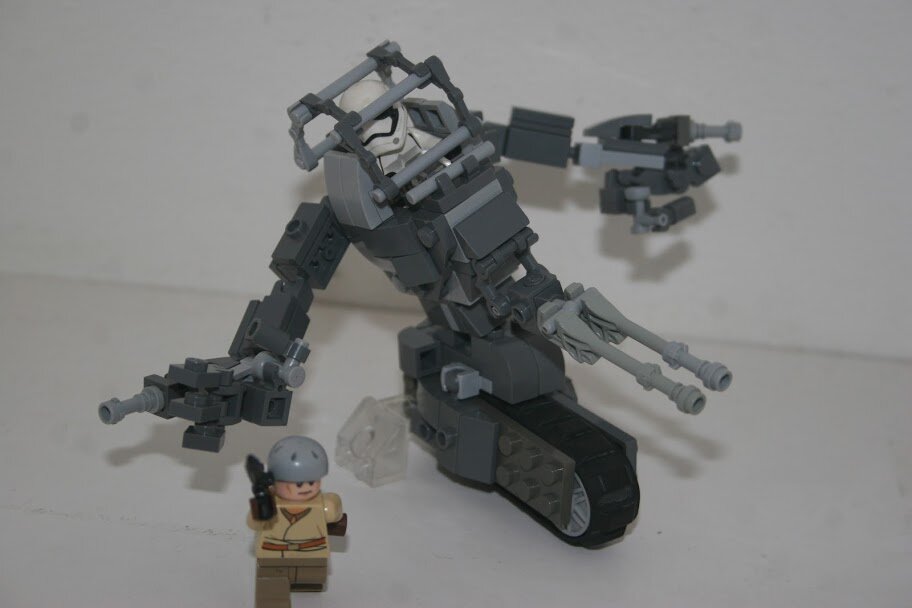 Neat MOC, my only issue, is the fact that with only one tread he can’t turn.

It drags its hands across the ground.
I should have thought of that, oops.

Actually, that could work. That’s why you see motorcycle drivers put a leg to the ground during a sharp turn at low speed.