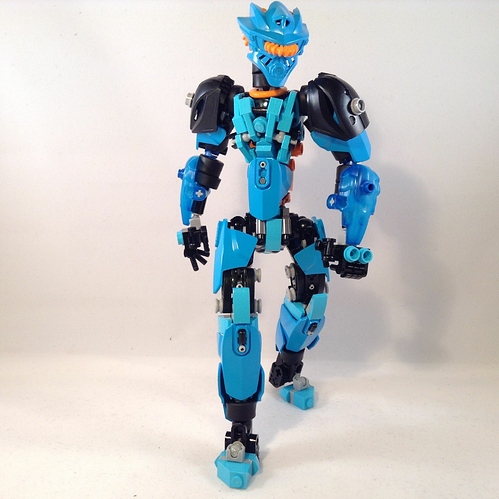 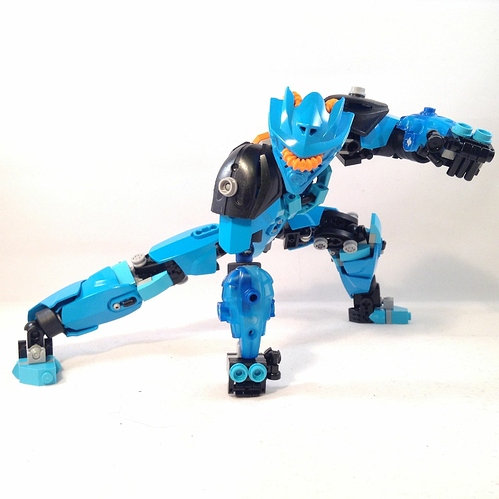 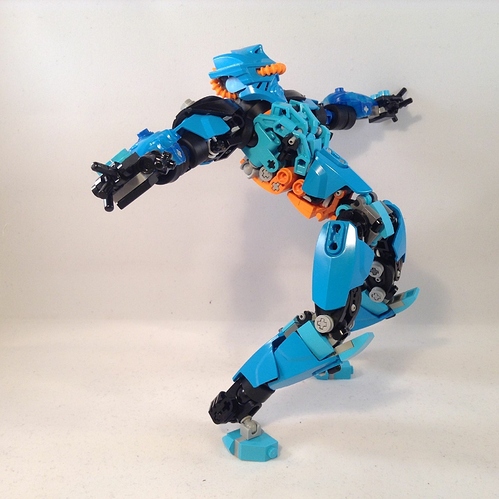 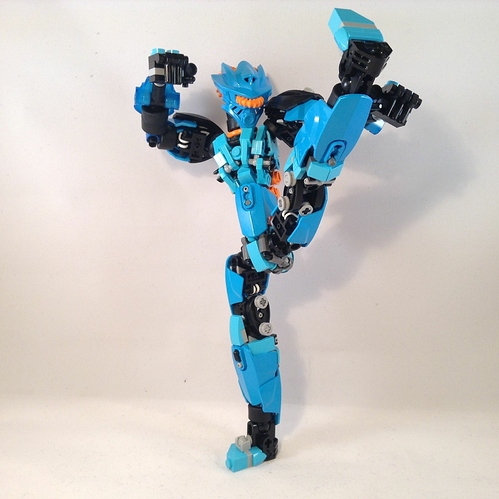 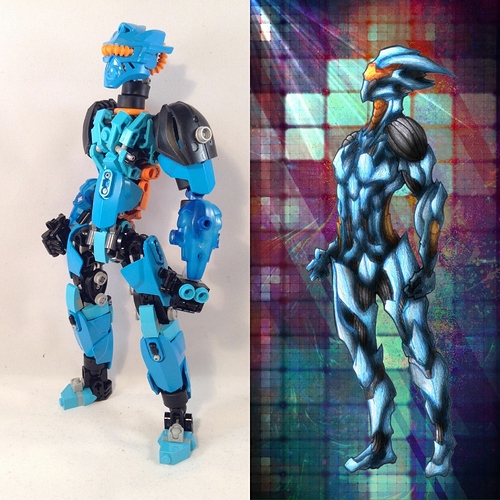 Note: The art form of Alyx on right side I got permission from her as comparing MOC with art. I do not own the art on right side, it belongs respectfully to lululock71.

Alyx is a non-Bionicle related OC, but he is a pacifist human being cyborg.

Like I said on note, that art belongs to wonderful and lovely artist lululock71. Basically She and I made a deal last year, she made an art form of my self MOC (A part of (trade)/request: http://lululock71.deviantart.com/art/Bythalis-The-Lightning-Samurai-Commission-576441796).
While I then turned her OC Alyx from art into MOC form. I have to say, the project took about 3 weeks and 5 days. The legs were the easiest part, the torso was a semi standard, the arms were kinda hard, and the head was absolutely challenging. Not until I have chosen Gali 15 mask as a base for Alyx’s head (Thanks for Unsolvablerubikscube from dA, YT and Flickr), that is the sixth version of the head.

The whole goal was to capture the look of Alyx, however, there are some areas which were a bit impossible to replicate, which you can tell on comparison pic what the MOC misses.
The another goal was to give this MOC plenty of articulations, which you can see on the MOC itself what joints it utulizes. However there are some areas which doesn’t allow him to give a “perfect” range to pose. Another con is that in some poses may “break” the look of the MOC, especially the abdomen area mainly.
The third goal was to make the proportions right on Alyx MOC, fair enough I have learned from Olarokh’s and some other of my MOCs lanky arm problem. Even I wanted to create an agile and athletic looking MOC.

Even though this Alyx in MOC form isn’t complicated as the art version of it, but fair enough I didn’t want build it overly complicated, but neither too simplistic looking MOC, neverthless this MOC was fun to build it in the end and I’m satisfied about the second replica MOC I have built.
Something to say about this MOC? Criticisms are appreciated

Anyhoo, this has been MrBT talking here, and I’ll see ya guys next time on MOCing, bye!

Oh my. This is fantastic, really well represents the character himself. The tube must’ve been a pain to fit through the eyes of the mask though.

I admit, it was a pain in a butt putting orange tube through Gali 15 mask’s eyeholes

I can Imagine! Especially with that mask in particular, the eye holes are very narrow. End result is fantastic though.

That trick with the eyes… I’ve never seen that before

How did you even get that through her mask?

Interesting usage of that tube piece. The MOC itself looks great, very dynamic and consistent.

I really love this.

This is really groovy. But those feet bug me for some reason.

This is a really nice looking MOC! It has a nice and sleek look while still looking bio-mechanical. I love the vibrant color scheme and system usage.

The design is great, but the tube through the eyes looks bit odd, but I have to admit that it’s pretty creative

The mask design is very creative.

I got to say it looks very great!
Is the tubes through the eyes suppose to be glasses or something?

Really flexible looking frame. I’d be interested to see it used for other stuff too.

The tube is suppouse to represent Alyx’s visors. It wasn’t easy to find a compatable part to utulize for Gali 15 mask.