don’t know if there is already a topic on this game, but if any one’s played it,what are your thoughts?

I love it to death. It’s absolutely fantastic and is a masterpiece of game design.

I agree, has anyone finished it?, if you have what time speed did you finish it?

It’s a great game. It’s a lot of fun and as a metroid fan I felt at home while playing it. 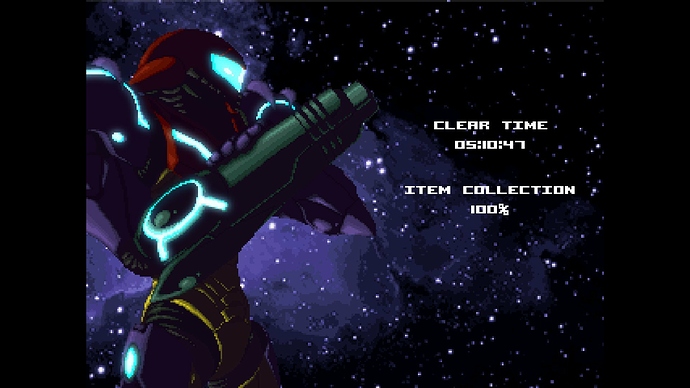 Played metroid prime and it was amazing, I’ll look into Am2r eventually.

AM2R is fantastic. It felt like a proper Zero Mission style remake, and Zero Mission is my favorite 2D Metroid game (yes, yes, I know it’s a sin to not have Super Metroid be your favorite). I wish the music was a little bit better, with Kenji Yamamoto at the wheel or something, but obviously, being a fan game, it simply didn’t have that luxury. It’s a shame that Nintendo seems to be neglecting this series as of late, because this game was a great example of what Metroid is all about (and releasing it on the 30th anniversary when Nintendo did a grand total of nothing on that day was a nice touch).

I loved the game. Been following it for years. It had a good difficult.

Never played Metroid much before, but would be interesting to play a fan game given they tend to offer more chances for fun creative ideas that are not in the actual games, or graphical updates. Though i suppose a basic remake/port would be fine also.

It is a great challenging game! I recommend it 100% and it adds a ton of new original bosses and improves on older bosses, not to mention new locations were added.

Oh, Am2r, the nostalgia.
I never played Metroid 2, but I did play this and oh it was fantastic. It reminded me a lot of Metroid Fusion, which is one of my favorite Metroid games.

i played it a while ago, and really enjoyed it, especially all those new bosses and areas. I think the combat against the alpha and gamma metroids started to get boring though (the original metroid 2 was fundamentally flawed in that way).

How much frustration did the final boss give you?

none, really. It was a little bit disappointing to be frank