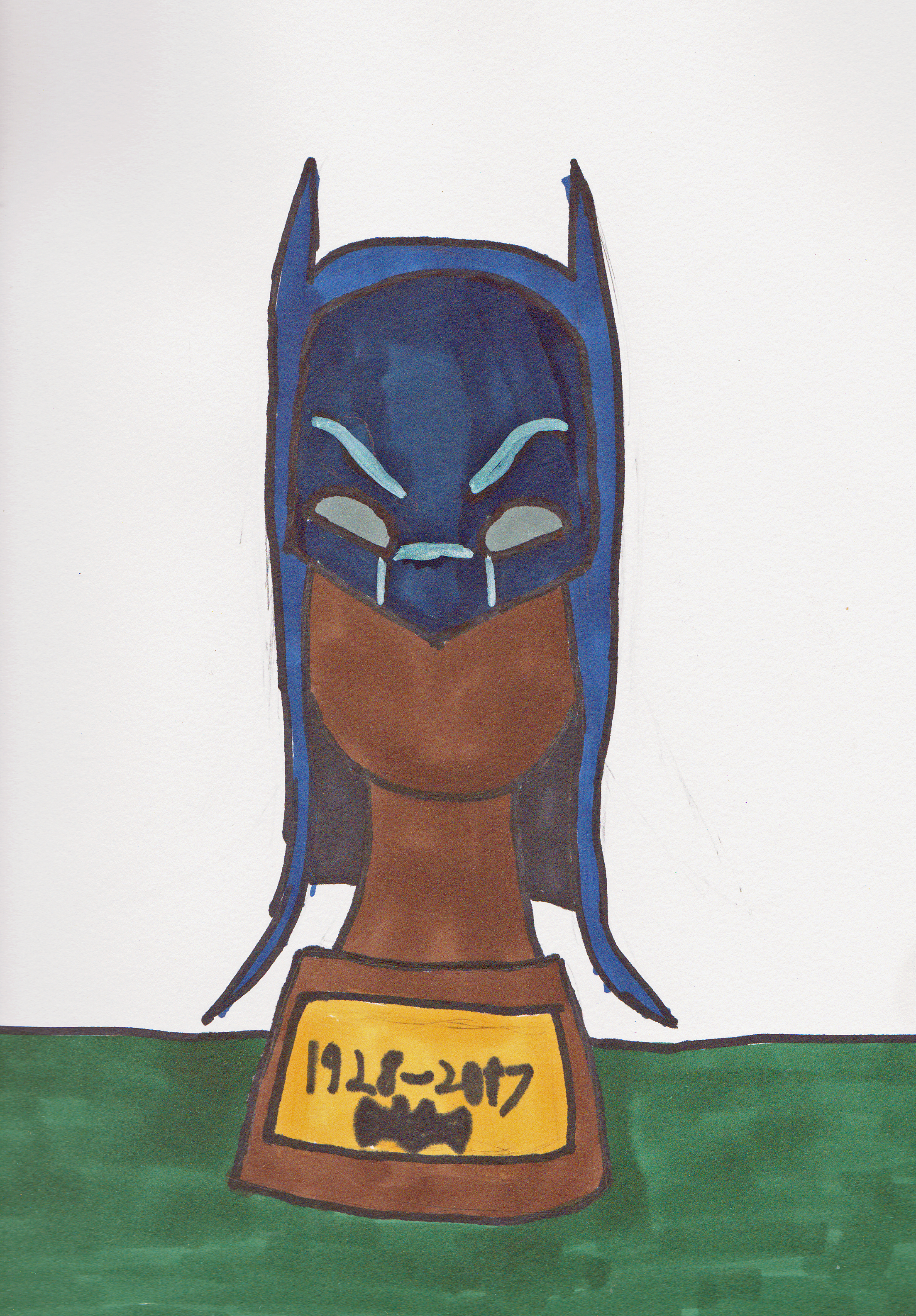 My tribute to the passing of Adam West, the man widely known for being the first actor to bring Batman to life on the TV screen as well as in the first ever Batman movie.
His portrayal of Batman, although corny and campy, is the most iconic, and was pretty much the media’s image of the caped crusader for over 20 years afterward, until the rise of the modern darker Batman in the late 80’s and early 90’s.
Adam West’s Batman was a true untarnished hero, a chivalrous knight on a crusade to fight the criminal element in Gotham City. You never saw him smoke, curse, run from cops, or turn away someone in need of help. His mask was his badge, and his word was his honor.
He only used trickery to trap those who broke the law, and used his wit to escape the clutches of evil.
It’s a pity today what superheroes have become. They have become too human, with lines blurred between good and evil.
The Batman of today is just as much of a criminal as the thieves and murderers he hunts down.
The modern Batman is still a knight, but he is tarnished. He crosses almost every line his predecessor wouldn’t. He swears by many of the same oaths, but he will bend them, even killing if there’s absolutely no other option.
How can the modern Batman be viewed as a hero? Only through his human nature. As I mentioned he has the same code as his 60’s predecessor, but he knows also not everyone shares his ethics, and in reality, such a code would be hard to live by in the maddening world of psychopaths and madmen Gotham City has devolved into.

Rest in peace west, let’s hope you can keep those streets free of crime up there, and that you get to keep all your gadgets.

May he forever rest in peace.