Angel and a Spider 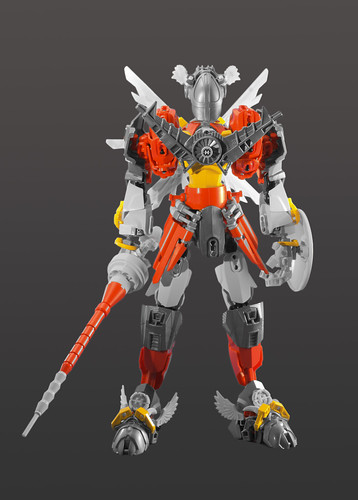 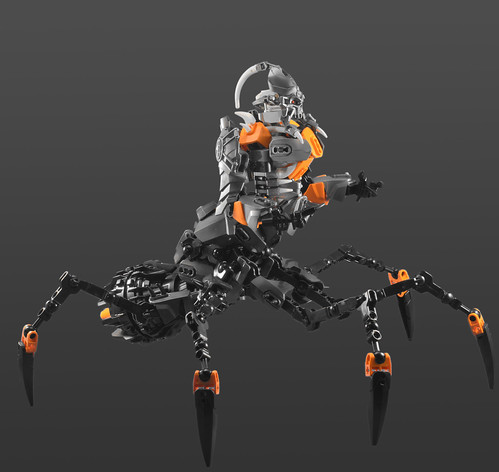 I keep seeing these linked around by curious folks, so I might as well just post them myself.

So early this year, TLG sent me an email asking me to sign a non-disclosure agreement with them. I obviously did, because duh, right? They then informed me that BIONICLE was coming back, and me and two other BZP staff members also under NDA have been working together on several projects (some still secret, some, like NYCC, no longer secret), but one of the things that happened were preview selections of parts sent to several of us (including a very small list of MOC-builders I was asked to choose). These are the two MOCs I built using them. I have several more in the works, but I ran out of time before NYCC, which was when the embargo on photos of these parts was lifted.

The silver huna is unrelated to this story, it's simply a non-production, prototype mask I received in a trade at BrickfairVA 2014, which was originally owned by a LEGO set designer.

A better spider character than the 'Lord Of Skull Spiders' and loving the interesting use of the upper hinge piece on the Skull Spider head. The heads themselves definitely open up a range of potential and I should probably show these to people claiming that the Hero Factory system is simple, as these are very impressive and fairly complex in places.

Silver Huna...... i long for your plasticy goodness beside my Kanohi collection. I dream about you on cold winter nights. I wish for you to be mine, and the rest of the world shall fall away as I look at you.

anyway, a few questions about the pieces.

Does the Jetarang (best. name. ever.) have a ratchet connection? can you change the angle they connect at?

Are the masks made of the same plastic as 01 masks?

Oh wow, those are great.

These are really great! Cannot wait to see more!

Interesting to see that boomerang part from Pohatu used already.

These are some really fantastic MOCs! I love the use of Pohatu's boomerang on the first one, and the second MOC just has a great build altogether. Would have loved to see something like it instead of the LoSS.

I hope that's not the only silver Huna..

Original builds like that spider MOC really inspire me.

The boomerangs do not ratchet. They stay in place pretty easily, but they will move with force.

The masks are indeed the same plastic.

It's interesting that they do not ratchet, since this concept art shows them folded:

I'm actually disappointed that they don't :/
EDIT: Never mind, I know what you mean now. I though you meant that they didn't move period, unless they were broken, which is what I thought you meant.

Excellent MoCs! Glad to see you're putting those parts to such good use.

The first MoC is absolutely fantastic. Love some of the design choices on that one, most notably the boomerang chest and the feet. Top-notch work on the feet; really glad to see the Skull Spider head used in that manner.

The second one is an excellent reimagining of Lord of Skull Spider, although the legs are pretty spindly in comparison to the rest of the model (accurate, but a bit jarring nonetheless). Really love the central construction.