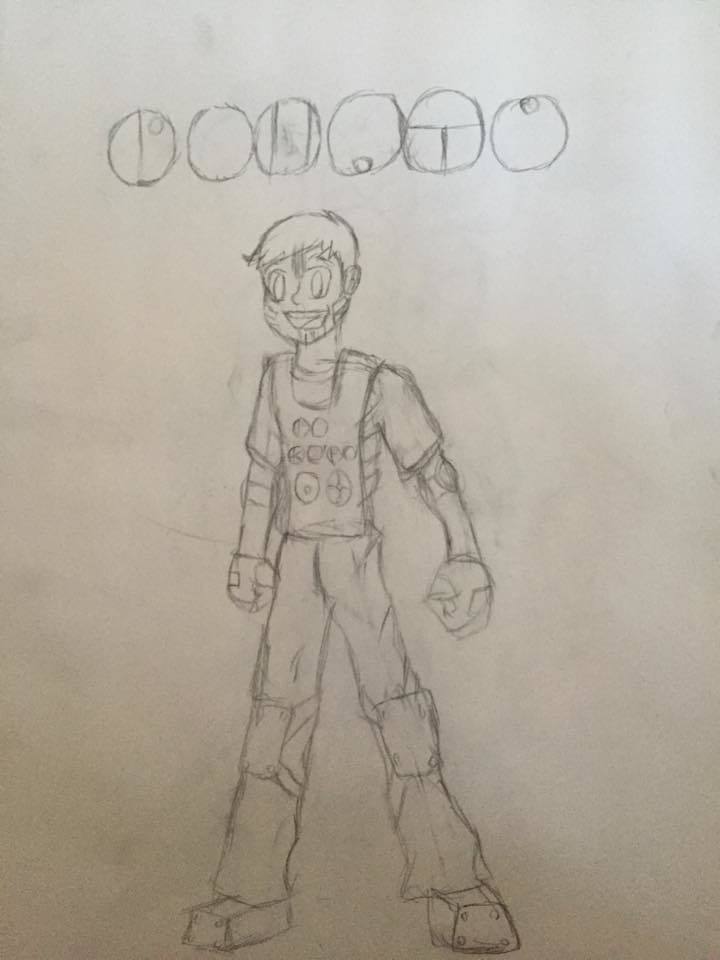 Pohatu is as cheerful and friendly as he is strong. Before the call of Mata Nui, he was a Kohlii champion, a man who had never fought a day in his life. As a member of the team, Pohatu puts a heavy emphasis on teamwork and fairness, which can bug some of the more solitary members of the team. While at first he was unsure about being a Toa, he’s since become a hardworking and valuable member of the team.

I drew a lot of sports influence from Pohatu, making the chest padding resemble a jersey of some sort. (if you can’t read the writing, it says Po Koro 04), and giving him knee pads, and elbow pads. I also tried to give him some face paint that both resembled his original mask and looked like something maybe a sports fan might put on to root for his team. 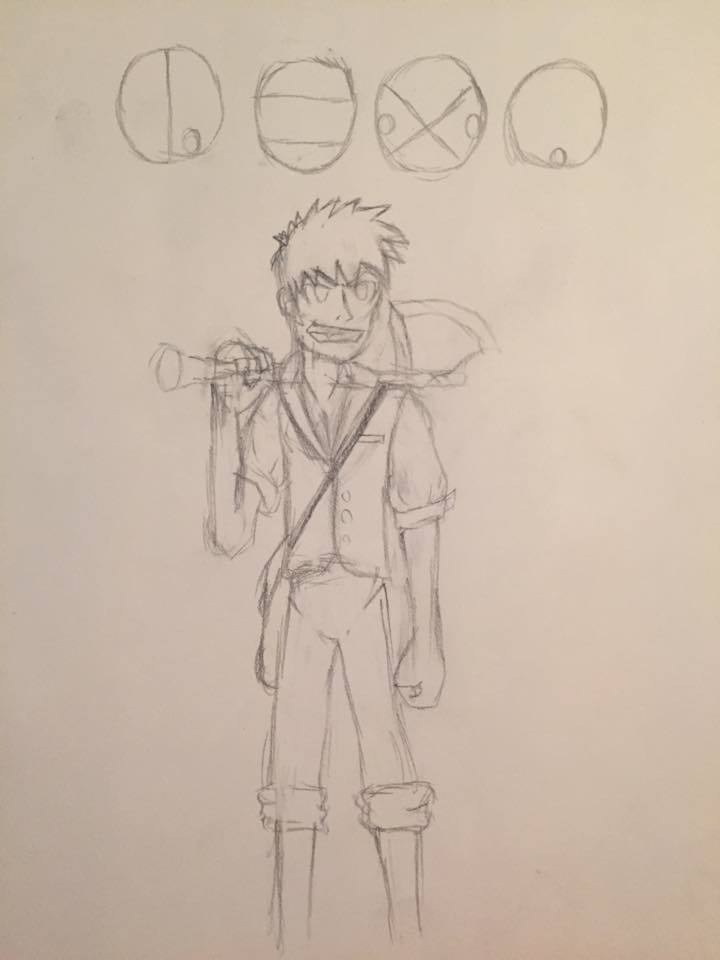 12985587_773049192796379_8584891288526842686_n.jpg720×960 27.2 KB
Lewa was a loner, but it was always more out of necessity than by choice. He was an adventurer, a seeker of valuable objects. As a result, most of the village looked at him as a ruffian, and more commonly, a loser. He didn’t let it get to him, though. He’s more comfortable in the jungle anyway. He’s an incredibly skilled acrobat, a master improvisor, and while he doesn’t have a lot of combat experience, he’s fairly skilled with his axe. Once he was summoned to be a Toa, he saw a chance to have actual friends, and tried to be as funny as possible to get everyone to like him. This didn’t exactly work out, and everyone kind of just tolerated him.

With Lewa, I wanted a design that resembled an 1800’s style adventurer, someone who would break into temples and steal stuff. The axe is badly drawn, and I couldn’t get the perspective I wanted on it, so I eventually just gave up. 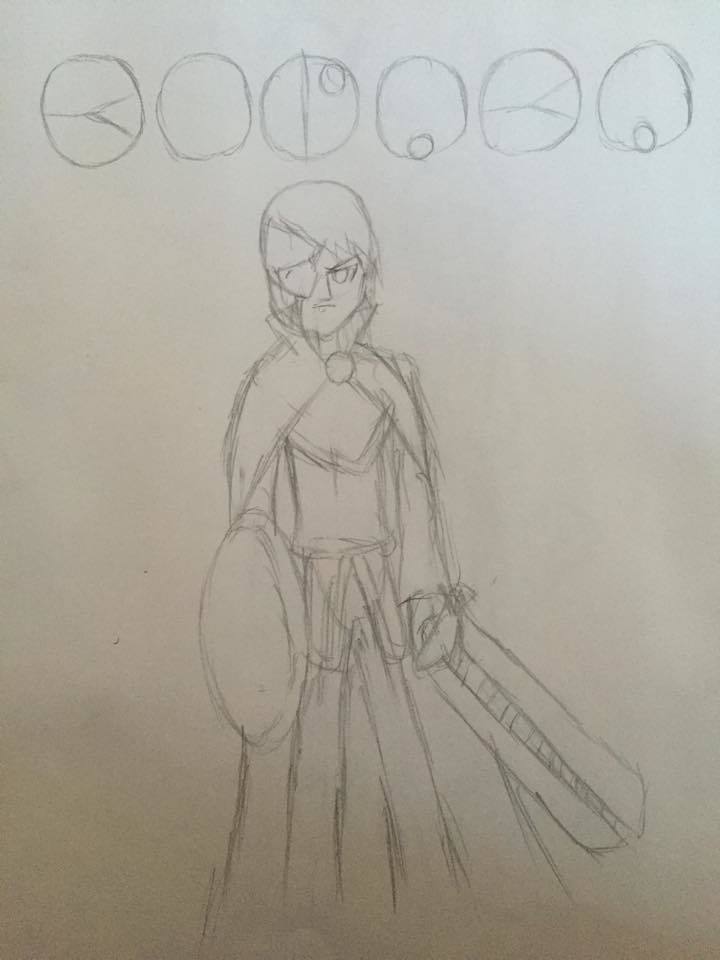 13007264_773049262796372_4663514384911094166_n.jpg720×960 36.2 KB
Kopaka was once a cheerful young warrior. He saved his city many, many times, and enjoyed his role as hero. But then he faced the Rahkshi, the “Sons of Shadow.” They were too strong for him, and a fragmentation blast from one called Panrahk destroyed half his face. He only barely escaped, and only survived by the skin of his teeth. The Ko-Matoran he was trying to protect didn’t do either. After that, he withdrew from being a hero, and from society itself, roaming the island as a nomad. When he received the powers of the Toa, he tried for as long as he could to keep away, but eventually realized that he had a duty, and began his journey to find the others.

I’m not entirely happy with how his design turned out, as I feel I should have done something more than just making him a knight. I like the eyepatch though, and I do prefer it over the robotic eye I drew there originally. 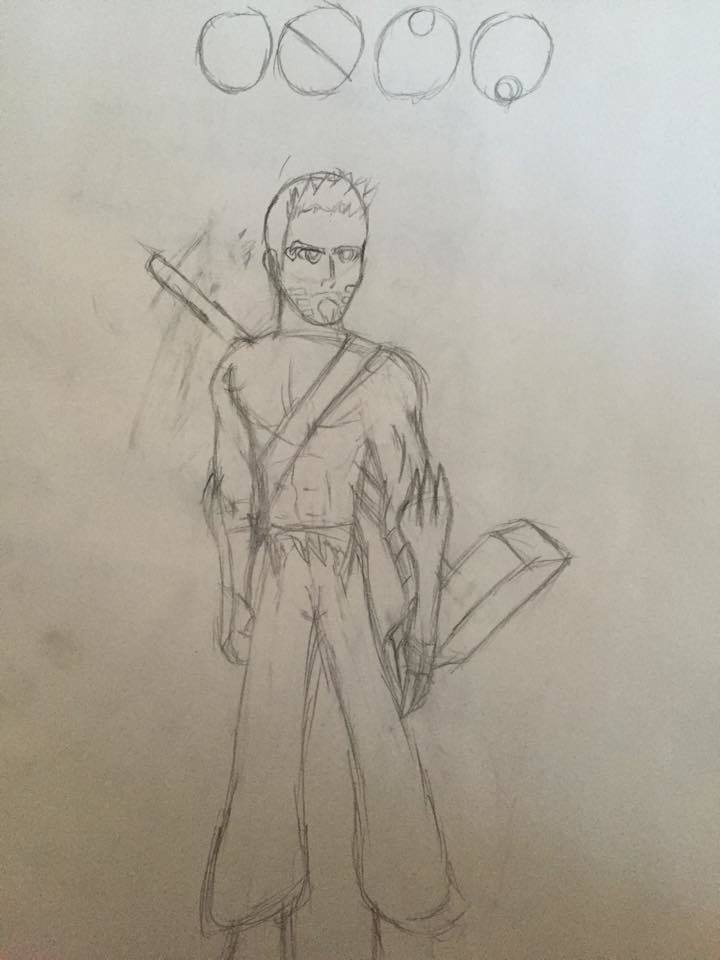 I’m currently working on designs for Tahu and Gali, but I wanted to get these out there sooner rather than later.

Very nice job on all of these! They have a lot of personality and reflect the Toa Mata nicely.

Personally I’m not the biggest fan of human bonkles, but these are pretty nice. I like Kopaka the best.

Nice, maybe the head is a little bigger than expected.

I don’t even know anime all that well.

This is awesome. Keep up the good work.

I completely understand. This was more of a character design challenge for myself rather than anything else. I myself am not a huge fan of humanized Bionicle characters, but after watching an anime with a general premise and characters that reminded me a lot of the Toa Mata (Rokka no Yuusha for anyone curious), I decided to try and design them.

i would have preferred if you called these your own characters, rather then toa mata

But I based them off of the Toa Mata and they’re intended to represent those characters, as most of the dynamics and personality traits are the same. If they were named anything else it would be in name only, since they’d still essentially be the Toa Mata

Not a big fan of humanized bonkle, But these are pretty neat!

Human bionicle just doesn’t work for me,
I can’t see the toa.

I probably shouldn’t have been so harsh…

I mean the art itself is fine.

That’s fair enough. As I said before, this was really just practice with designing characters.

I like the faces, I don’t mind humanized Bionicles, but I can understand why some people don’t enjoy them.

I’m not a big fan of the fact that their human. But they are good anime humans.

Never been a huge fan of human bonkles. But these are really groovy man.

Are you going to draw Tahu and Gali?

I’m currently working on designs for Tahu and Gali, but I wanted to get these out there sooner rather than later.

Sorry… I missed that somehow.