All righty then, let’s get this show on the road. 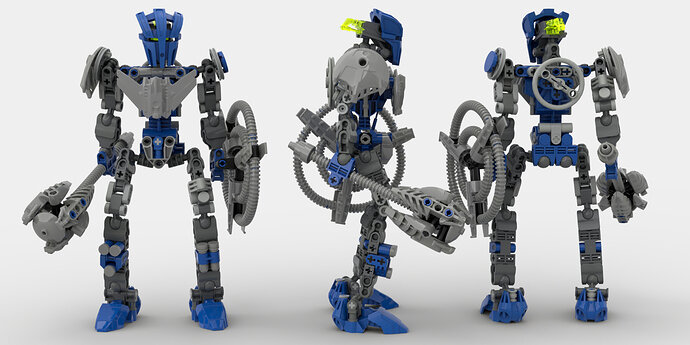 As you can see this was done in stud.io with the use of Swampkryakwa’s parts pack (I think?). The most recent version of the pack is linked on his reddit user page Here. Mask is by Khingk, available on thingiverse, Shapeways, and for stud.io as part of his parts pack, the link for which can be found in his reddit thread on the subject. 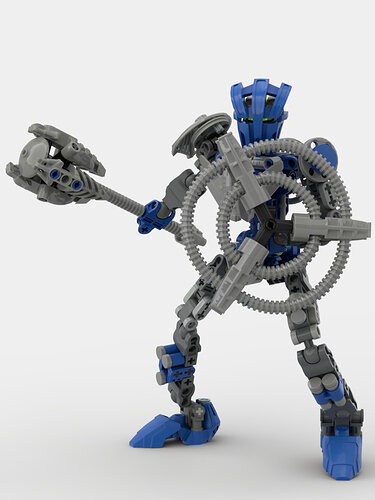 Poseability is on par with an inika build, with a little extra at the shoulders from the double ball joint design (borrowed from my mata redesigns and adapted to fit).

And now for a few breakdowns: 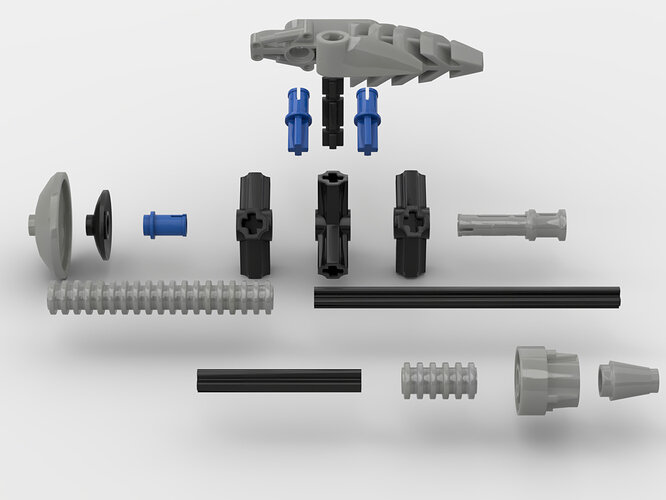 Starting simple with the mace; the shield is pretty self-explanatory. 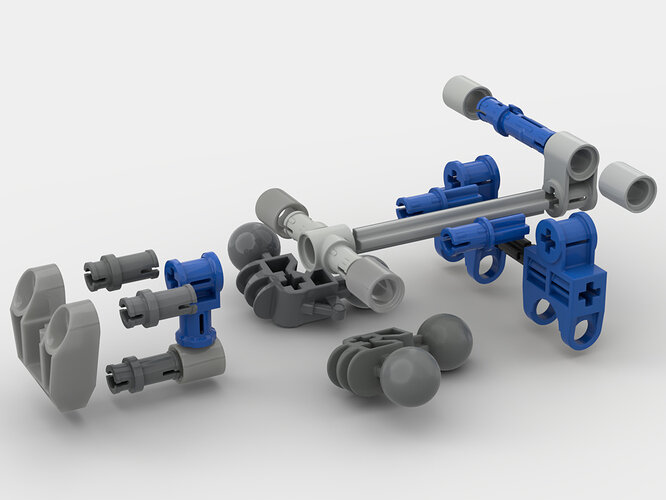 Next up is the hip assembly, minus the mata torso (attached sideways, more on that at the end of the post). 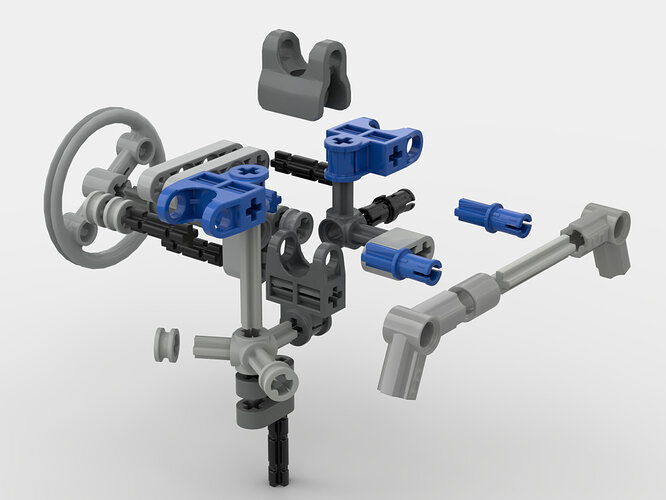 This lot is the chest guttyworks to attach the head and shoulders, again minus the mata torso (and the chest plate) for clarity. This still isn’t crystal clear, I admit, and advise using it in conjunction with the stud.io file, which can be found right here.

And just for fun, here she is with Kapann (an OC water toa), someone you’ll see more of in a later round, Nokama, and Gali in the same scale: 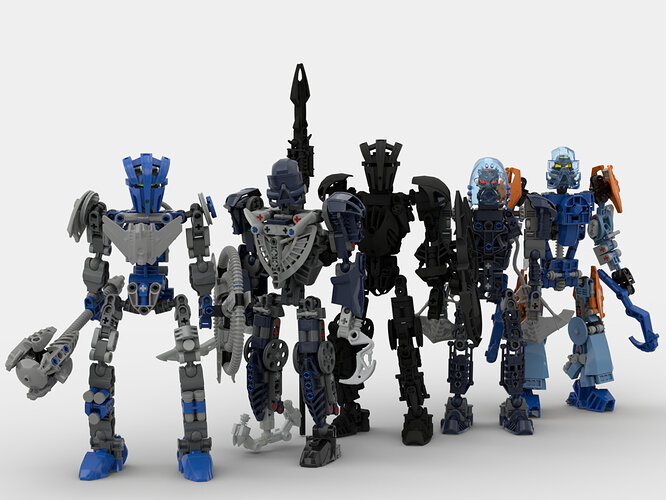 And speaking of scale, Helryx clocks in at 9.1 inches, or 23.1cm, which is kinda bang on the money-- neat, considering I only just thought to check that. (Height can be verified via the stud.io file linked above).

Honestly I’m gonna level with y’all, I wasn’t even planning on entering a Helryx, but then I realised I could build off of a sideways mata torso and one thing led to another. All things considered I’m more than happy with her. As with all my digital MOCs, all official pieces are used only in colours they’re produced in, meaning aside from the mask a physical version of this build is 100% possible using only official lego without any modified or bootleg parts, etc.

I like that you used part colours available in real life, also the mismatching limbs really sell that ‘frail’/‘prototype’ vibe. Although I’m assuming the shield is one of a energy type, because otherwise a lot of stuff is just going to fly through that

This is one of my new favorites for sure. The sideways Mata torso is so unique, and she really looks the part.

@axelford either energy or spinny spin. The old twirly whirlies

Very creative! Certaily one of the top contenders.

Oh yeah, I can see this one winning. Love it!

They said be there or be square.

that sideways mata torso is something! Really great job!!