The title pretty much says it all. Anyone here a fan of the BBC series Sherlock, or Sherlock Holmes in general?

I am a fan of the TV show, the new movies and the books all in one. Hardcore BB.

I really enjoy the books. Honestly, I always love to see the culprit of a case is not who I expected it to be.

I’m a big fan of the books, and I love the BBC show.

But I refuse to address myself as Sherlockian.

I have read most of the short stories, The Hound of the Baskervilles, and The Valley of Fear. Also watched the 1980s and 90s TV series with Jeremy Brett and Edward Hardwicke. Excellent series that any Sherlock Holmes fan should watch.

I actually have not watched a single episode of the modern Sherlock or any of the new Sherlock Holmes movie. I know I’m an oddball.

My favorite moment in Sherlock Holmes is that one video game series (can’t put my finger on it) where Dr. Watson seems to teleport near you.

I am a fan; though I retain duel citizenship
hashtag #RobertDowneyCumberbatch

I’ve always liked the Arthur Doyle stories even though I have’t read too many of them in their entirety. I’m a huge fan of the modern BBC (Cumberbatch) Sherlock.

Haven’t read a single Sherlock Holmes book yet, but I quite like the new movies and the BBC series.

I’m definitely a fan of the BBC series. I haven’t seen anything other than that though.

Just got done reading the first book of the original Sherlock Holmes series, A Study in Scarlet. I gotta say, it was quite interesting to see how things worked out. Apparently the murderer was after Mormons for killing his love interest, as his love interest, Lucy, had converted to Mormonism to save her life, but then, when it came to the time she HAD to be married, she decided to run away with this man and her dad.

Her dad was killed, and when she was married to one of the guys who had many wives, she died a week later fro grief. Thus, the suspect followed the two Mormons responsible for both Lucy and her father’s deaths, which led him to killing them.

Overall, good story. Although, I wonder why Doyle chose the Mormons to do such horrendous things to people, though.

Overall, good story. Although, I wonder why Doyle chose the Mormons to do such horrendous things to people, though.

The Time-Traveling Muaka must have told him about @TenebraeInvictus’s nefarious exploits.

Serious answer: Mormons were viewed with a great deal of suspicion in the late nineteenth/early twentieth century, especially in England, where they were often viewed as American “invaders” of sorts. So I would presume that Doyle was playing to his audience by having his villains be Mormons.

Ah. Makes sense. I’m just surprised how much research he must have done, as he does with all of his Sherlock Holmes books. That much effort, I believe, is good for any detective story.

Indeed, he was very thorough. I believe he even ended up doing a bit of “freelance” detective work himself after a while.

Yeah. Doyle’s effort and cleverness in the books make them all-time classics. I greatly enjoy every one of the stories he wrote. Although, my favorite so far has to be “A Scandal in Bohemia.”

The Time-Traveling Muaka must have told him about @TenebraeInvictus’s nefarious exploits.

This is the correct answer

Also: Anyone notice how Sherlock Holmes has an uncanny resemblance to the the creator of the original illustrations of the short stories by Doyle, Sidney Paget? 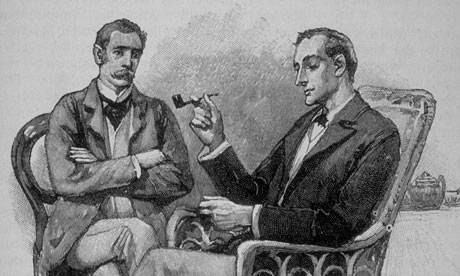 The look of Sherlock Holmes made by Sidney Paget in his various illustrations.

Deduce anything interesting on how he looks? 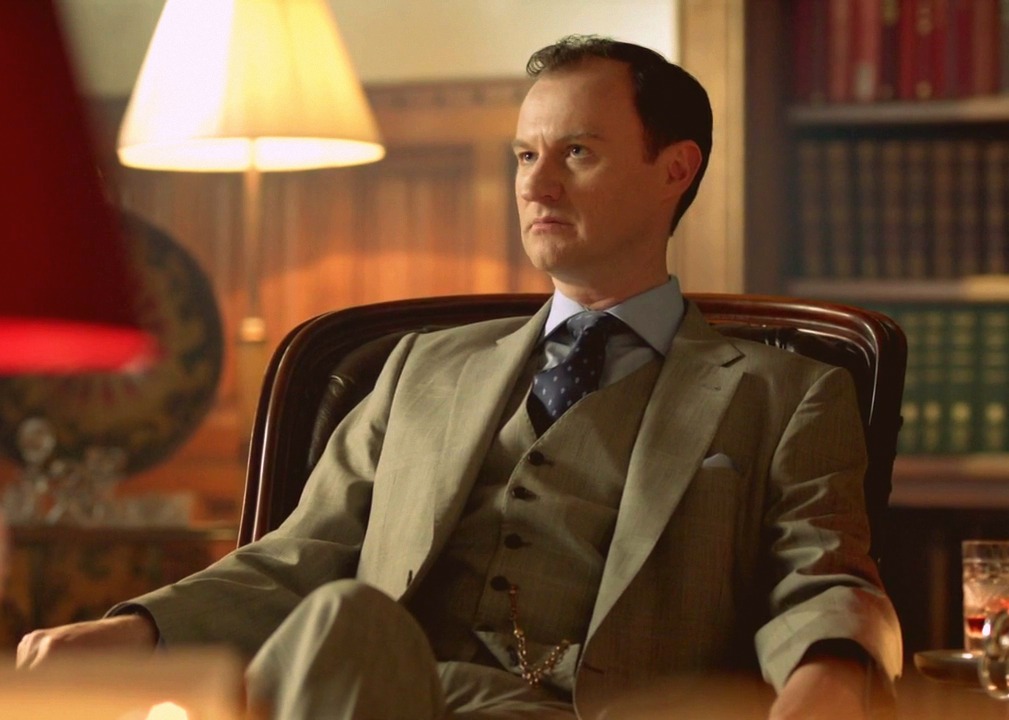 Actually, he looks dead-on like him! Other than the earlobes.

That’s from the TV series, though. I’m talking about the original illustrations in the short stories.