Welcome to Arena Battle! A mysterious being known as The Gamemaster has organized a grand tournament, in which warriors from the worlds over fight each other in epic gladiatorial combat. Some have joined seeking glory, others to pay off debts, and still others have joined just for the pure thrill of fighting. Whatever the reason, there is bound to be violence, drama, and adventure. So, step into the arena if you dare!

(In case you didn’t know, this is a reboot of my first ever RP on the TTV message boards. I was originally going to wait a bit longer and make this as a one-year anniversary special, but I just can’t resist. There are so many alternate paths and concepts, and things that could have been executed better in this RP. I want to redo Arena Battle to show how far I have come as a GM.)

Character Rules:
(If you have played in the original arena Battle RP, then you have the option to reuse your original characters. All you have to do is just tell me, and you’ll automatically be accepted. You can improve the original bio if you want, but it isn’t required.)

1.) Fighters can be OCs from a fandom, or completely original characters. They cannot, however, be official/canon characters from a franchise.

2.) No OP or ridiculously powerful characters.

4.) There is no limit to the amount of characters you can have.

4.) If your Character is accepted, I will reply with a post saying so.

5.) Sign-ups will remain open, even after the RP has started. New fighters are always welcome!

6.) Once the RP starts, don’t expect to fight in a match immediately. I need to organize the matches and choose who will fight who. However, your character can still interact with other characters. (Interesting things can happen outside the arena, too!)

1.) Characters cannot be killed in or out of the arena (unless given permission from said character’s owner)

2.) A match ends when a fighter concedes, is incapacitated, or the timer runs out. If the first two scenarios of a match’s ending occur, then the last man standing will automatically be the winner. In any other case, the winner is decided based on the best fight given.

3.) If a fighter loses a match, it doesn’t mean they are out of the RP. They can always fight in later matches if they want, and interact with other fighters outside the Arena.

Umm, what just happened? I get a notification in my thing that shows a hand pointing at this topic. Could someone explain what that means?

It’s an invite. Basically, I sent it to show you the idea that I came up with.

Oh, it seems like the idea’s solid. Is this invite to public topics thing new?

. here should be an option to invite a user at the bottom of a topic.

It’s been on Discorse for ages. It’s one of those things that most people don’t use because it’s kinda annoying to get a lot of them.

Huh, this looks pretty cool. I recently saw a video about something like this that used to exist on Deviant Art back in the day, and that’s peaked my interest in this.

I’ve never RP’d on the Boards before, how much time commitment are we talking here? I’m down for this, but I’m only on at certain times.

Either way, I’ll have a gander:

Place of Residence: Farrum, on the world of Rumia.

Powers/Abilities(optional): Above average speed, strength, and stamina, magical control over various elements, the ability to transform into various elemental forms

Weapon(s): Bound weapon, takes the shape of a quarterstaff or crossbow 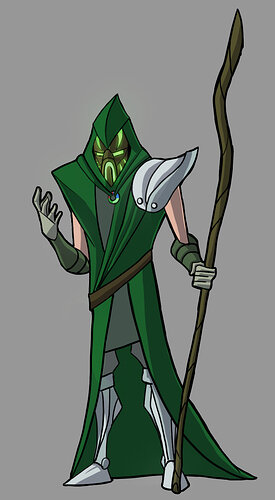 Personality/Bio:
A long time ago, Ghar was an arrogant man who desired little more than power. Now, he is the quiet but fierce guardian of the elements. Having lived a life of tragedy, Ghar was constantly wracked with sorrow and guilt over his previous actions in life, but after growing close to an eccentric group of adventurers, even sacrificing his life for them once, he managed to achieve his destiny and make peace with his past.
A man of few words, Ghar is not very adept at navigating social interactions, is fairly stubborn, and he has been known to have quite a short fuse. Despite this, he will fight furiously for what he believes in, and he isn’t afraid to do what must be done to achieve his goals. His sense of humor is often fairly off-kilter to those he is close with, favoring sarcasm and light jests.
He’s got a weird affinity for collecting plates as well…

(commitment wise, You really only need to be around when you are summoned for a match with another fighter.)

I’ll throw a character in.

Name: Q’uiin l’Kiik (kwin ull-keek)
Gender: Male
Race: Martian highborn
Place of residence: The southernmost parts of what is known as the Valles Marineris.
Powers/Abilities: Can detect light ranging from x-rays all the way to radiowaves, has telekinetic and telepathic abilities, is strong enough to walk comfortably in a gravitational field equivalent to Jupiter’s.
Weapons: Martian warhammer that can manipulate and generate electro-magnetic fields.
Appearence: Think the Mars Mission alien commanders, with a very pronounced head crest that is similar to a triceratops.
Bio: Q’uiin is in debt, and he needs to win to get out of debt.

Powers/Abilities(optional): Teleportation, to a limited degree. Has spines that are able to be shot from his back 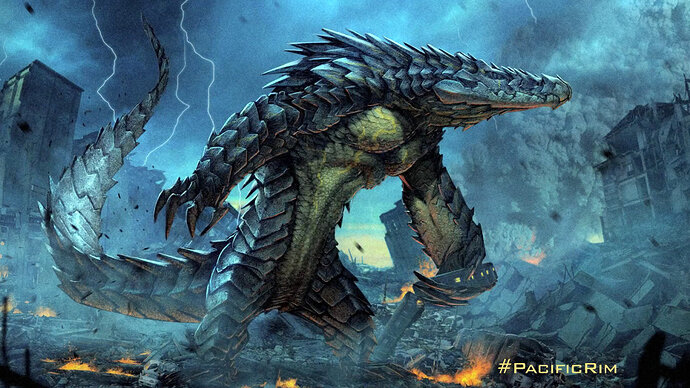 Gender: both. / na. One of them might’ve been female before but now calling them it is more accurate.

Race/Species:possibly a cyborg, maybe a human, some kind of energy being, robot? Due to their fused body nobody knows.

Place of Residence: who knows?

Powers/Abilities; can obsorb energy and launch it back at its source, general unpredictability.

Weapon(s): one arm has claws attached and can form multiple weapons for it / them. 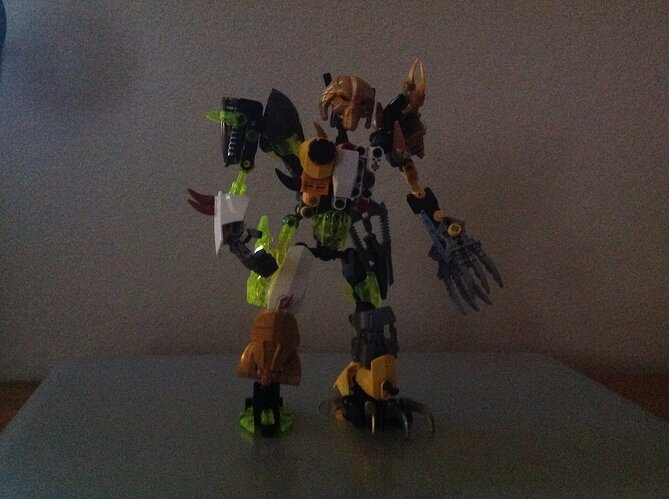 Personality/Bio: anyone that really knows how this happened were already hunted down and killed by them though considering how they ended up that was for the best. Nobody can tell who any of them were anymore since all their seperate personalities seem to run together now. Generally unpredicable in a fight since you never know which of the three beings you’re fighting.

When does this happen? After The Last resistance?

No. This is a reboot of my first RP on the “timeline”. So this is where everything strts. Since this is a reboot, everything will probably unfold differently from the original Arena Battle.