Here is my take on Artakha, the enigmatic bearer of the Mask of Creation, brother to Karzahni, and ruler of a paradisaical island. 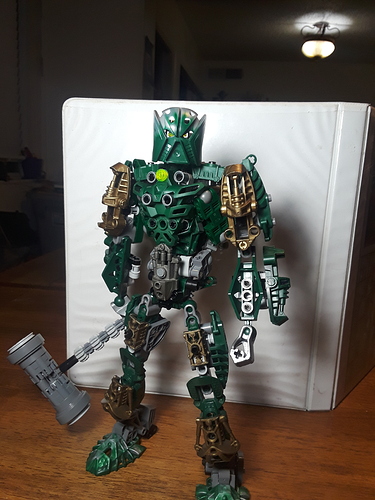 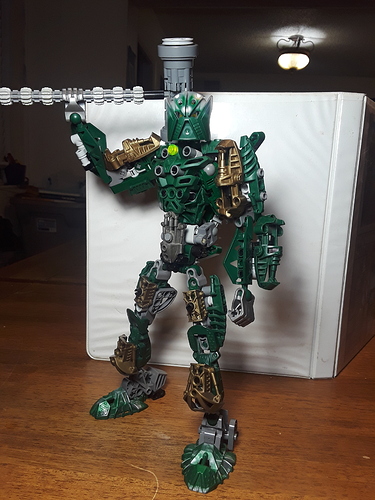 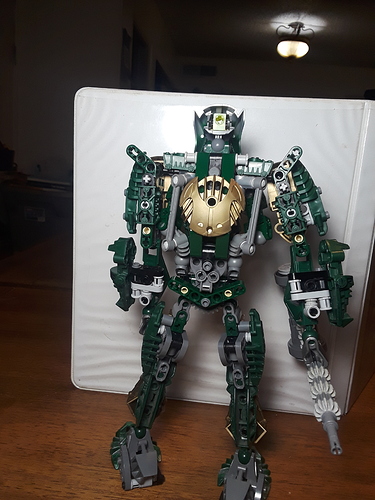 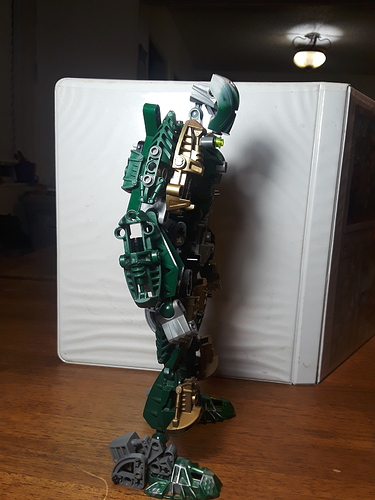 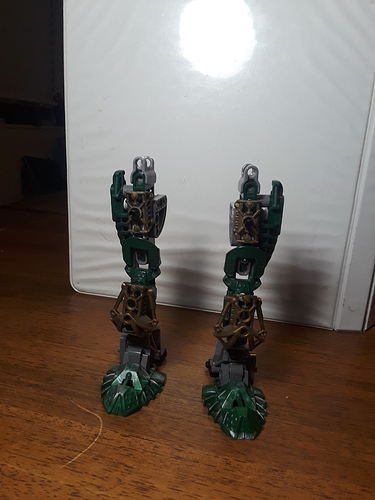 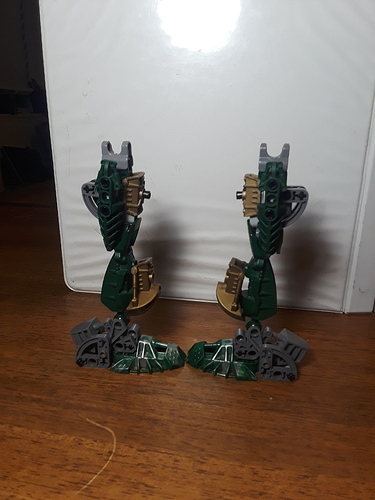 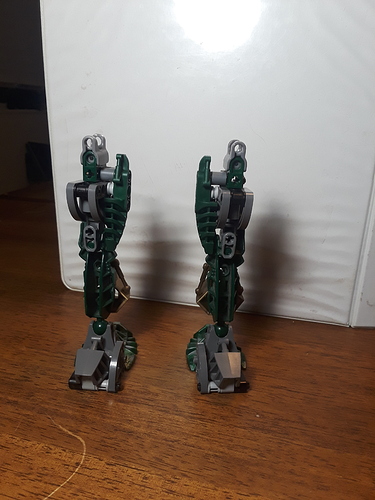 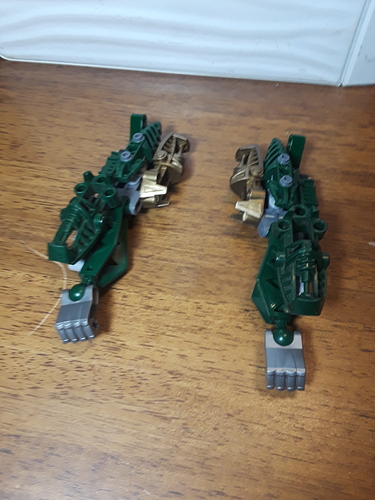 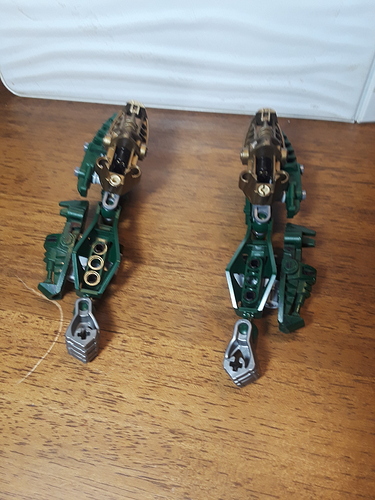 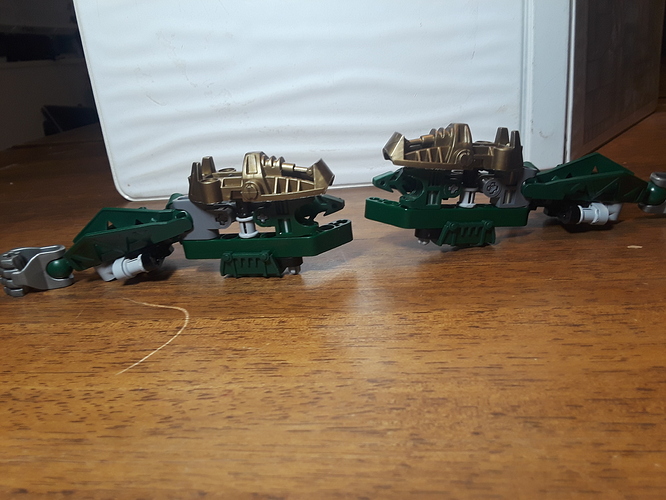 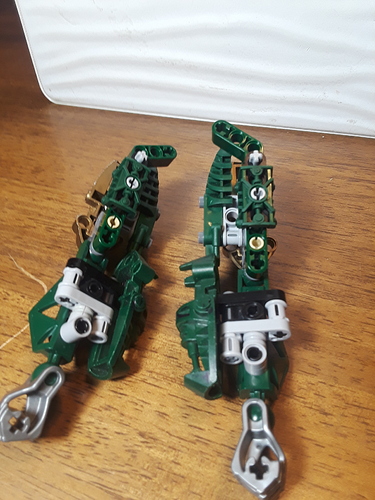 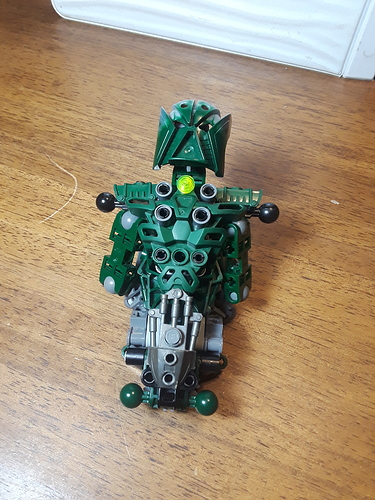 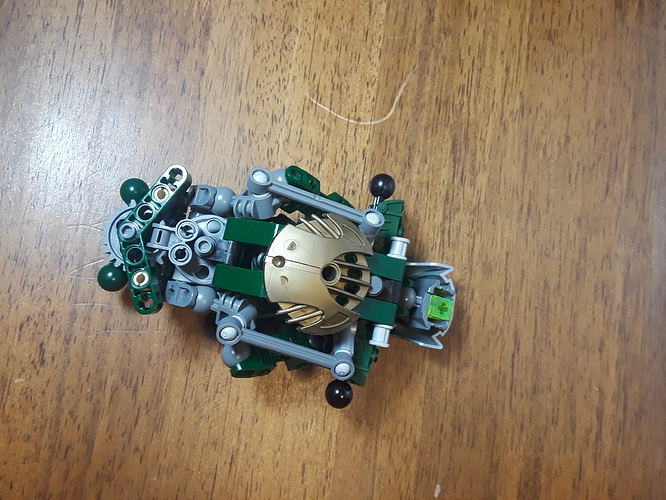 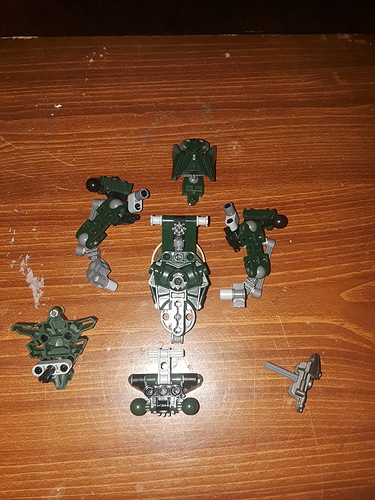 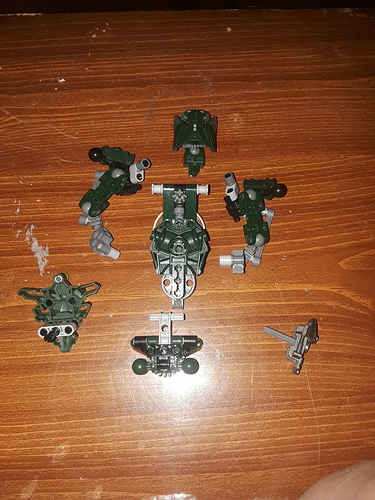 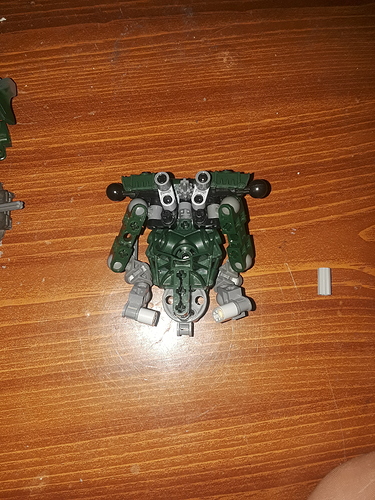 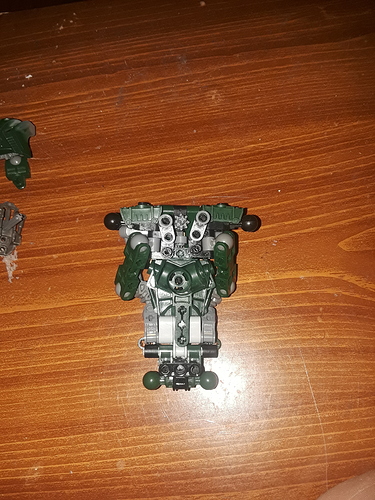 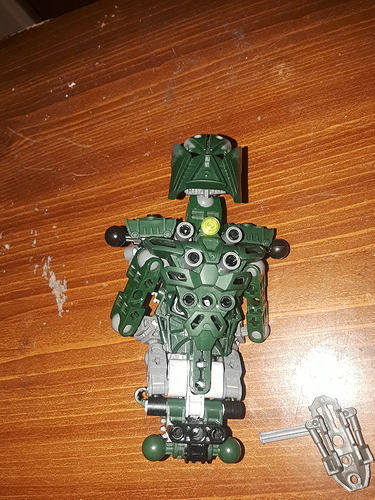 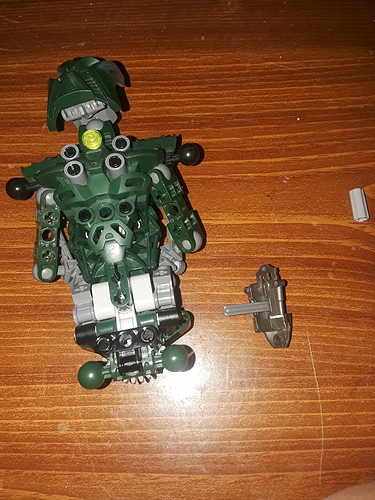 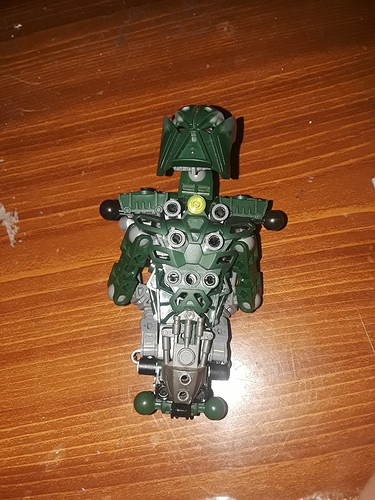 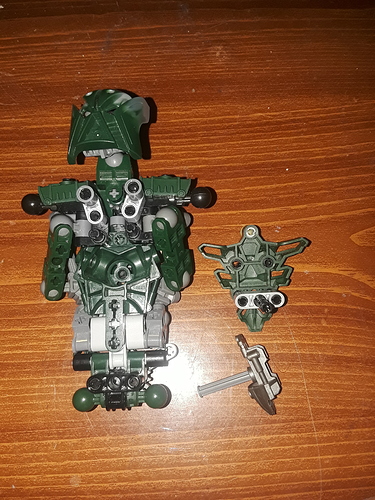 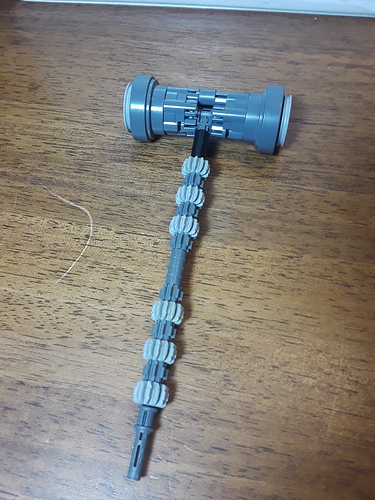 IMG_20200916_2036512448×3264 2.43 MB
I apologize for the camera work. However, I hope the MOC makes up for it.
I wanted to denote three things with this figure: Wisdom, power, and regality. The Noble Matatu has a look that denotes wisdom in my mind, as well as carrying an enigmatic and somewhat menacing look. In order to denote power, it was a simple matter of ensuring his stature was sufficient. For reference, here he is next to an Inika scaled custom Takanuva: 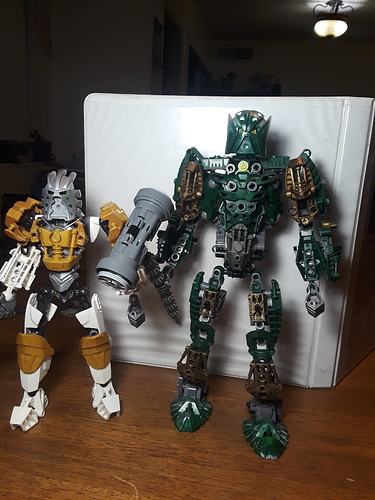 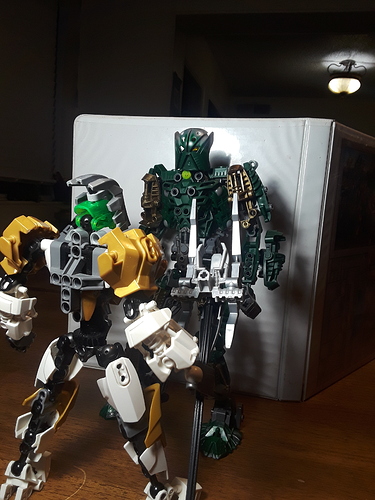 IMG_20200916_2031332448×3264 1.9 MB
“You amuse a being who was already weary of life before you set foot on solid ground, Toa.” (Didn’t have Kopaka built, so Takanuva served as a stand in).
For regality, I decided to go with old gold/bronze, as the pearl gold was far too bright in my opinion. However, the subtle glimmer of the bronzish gold gives him that feeling of both antiquity and royalty. The hammer was a simple build. I didn’t intend for it to be anything grand, as it is a hammer from his forge. However, for a being this size, an ordinary hammer isn’t going to be like ours. Thus, the weapon looks like it could do some damage, but isn’t extremely gaudy. I definitely went with an almost total green color scheme, with greys acting as the secondary color, and bronze/gold as an accent. 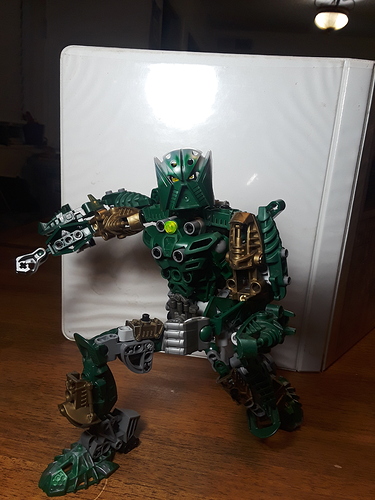 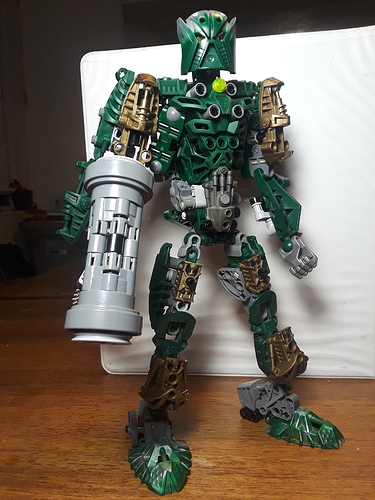 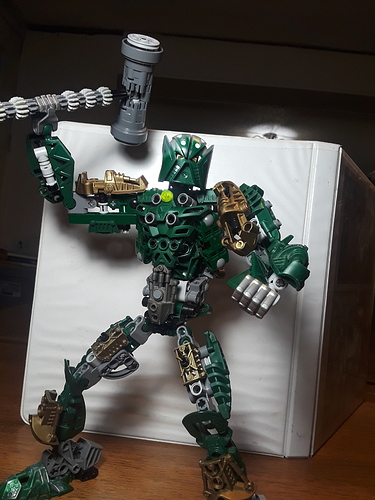 Good MOC, however it’s not a very good interpretation of Arthaka. It honestly looks more like a Toa MOC to me.

I can see that, though that tends to be my build style: heroic characters are Toa-esque, while villainous characters are twisted. Occasionally I mix it up, but I figured since Karzahni is creepily deformed in both of his forms, it would make sense for Artahka to be the opposite. Thanks for your comment, though. It felt constructive without being rude. If you had any advice on making it more Artahka-esque in the future, what would it be?

Thank you very much! Solidity and stability were things I worked on extensively. Don’t want the Great Creator falling apart, after all.

Has that vibe of the '05 Titans, a lot of features I could see in a real Lego set. I like the unique torso build, lots of articulation in the back

Thanks! I definitely wanted that '05-'07 titan look, as I personally feel those were the best years for Titans (Keetongu, Brutaka, Maxilos, etc.)

Please do so within the next three days. Thank you!

You got it. The photos are now in the midst of the breakdown photos. If you need anything further, just let me know.