Somehow, I returned…
So after many years, here I am with a new topic! This is my entry into the Artakha contest! 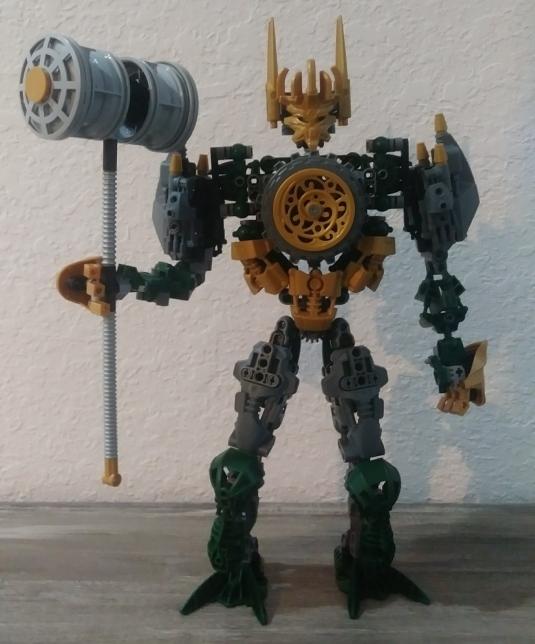 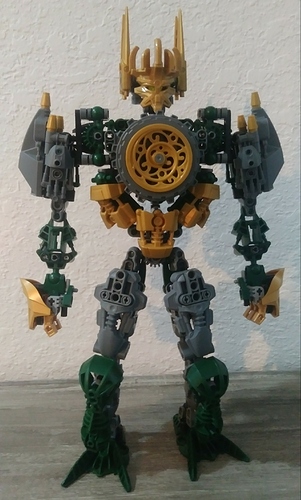 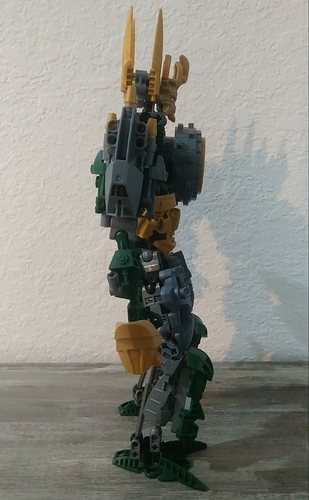 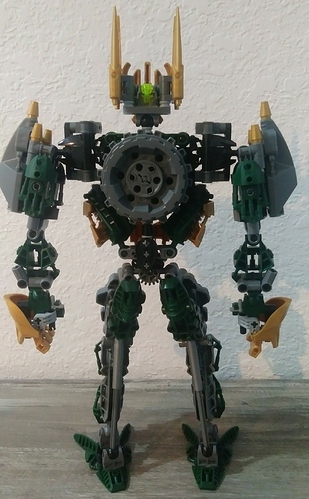 This is the first real constraction MOC I’ve made since like 2016, aside from minor adjustments to my self-MOC, and all things considered after three revisions or so, I like how he turned out! I made a bricklink order of just random cheap parts I found a couple months ago with no idea what to do with them, like those large shoulder parts for instance. Very strange piece, but it sure came in handy here. I also tried to reverse the gray/green balance from the upper limbs to the lower limbs, with green on the front and gray on the back and vice-versa. 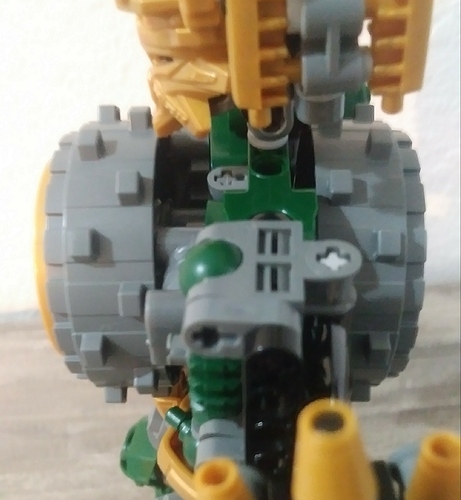 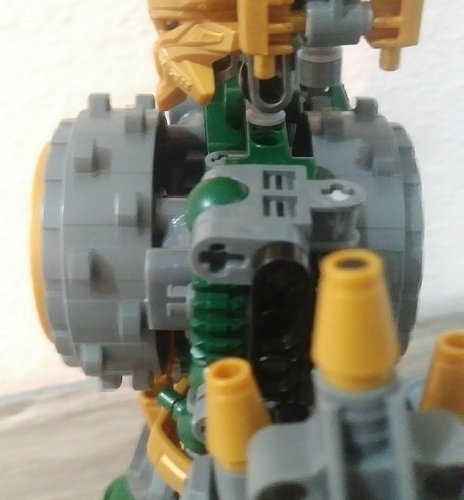 Artakha 62156×2319 606 KB
If you loosen the technic axle connection at the chest, the wheel spins! This doesn’t really do much other than be fun to spin, but you could imagine this as being his way to charge up for a very powerful attack. 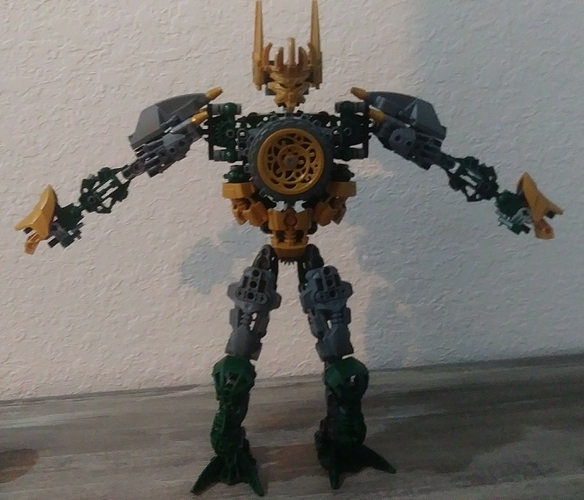 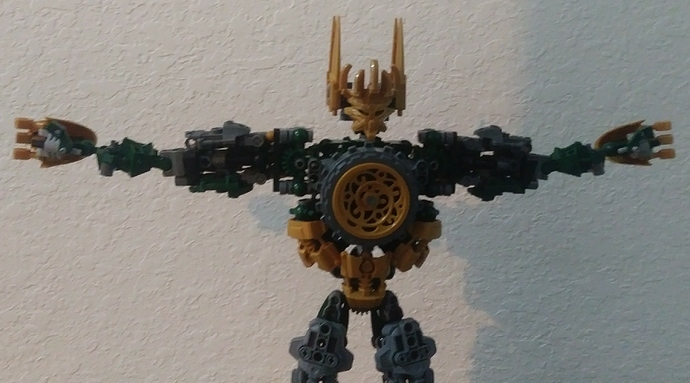 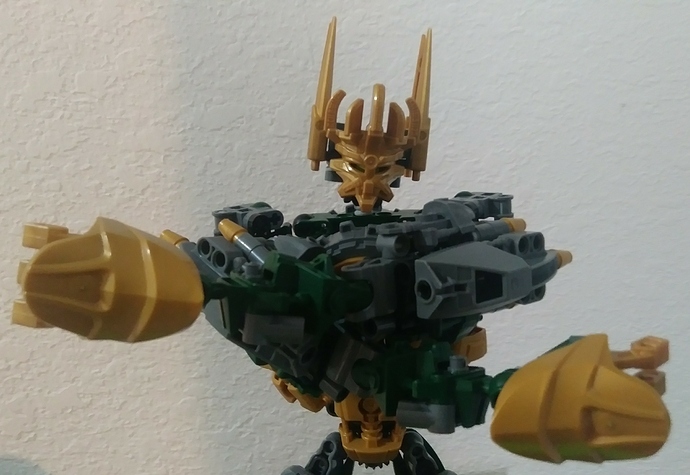 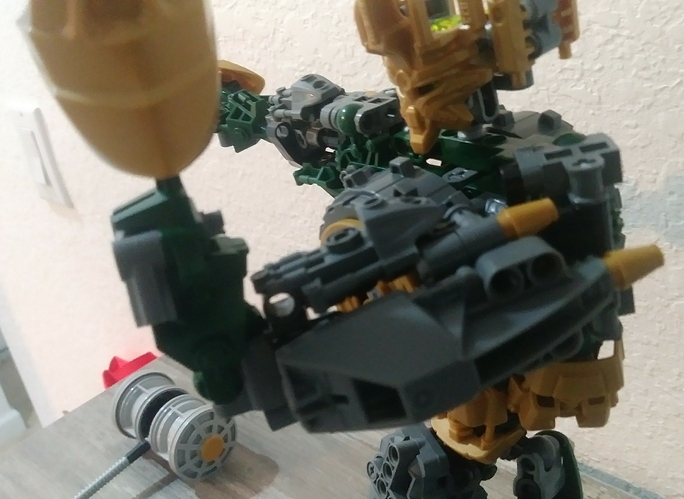 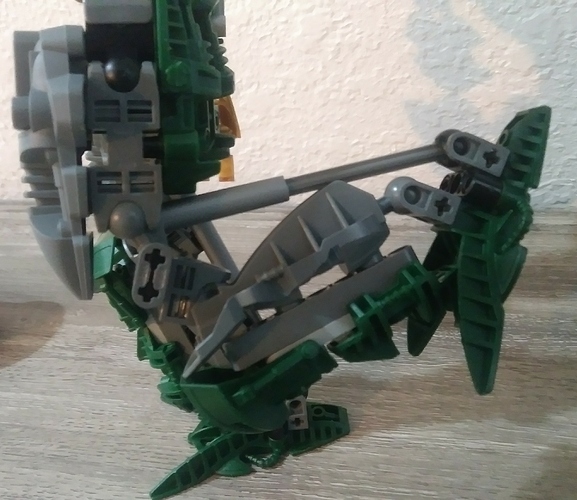 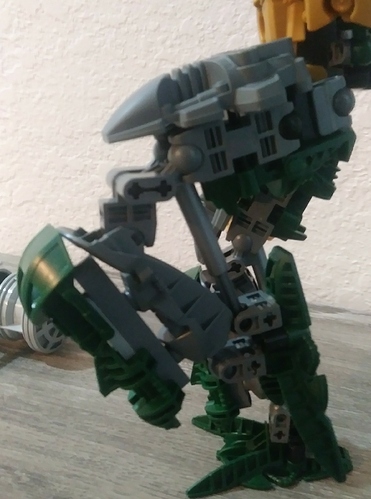 He has plenty of articulation that holds up better than expected! What I am most proud of is how I got those double shoulder joints to work. With them, he can cross his arms waaaaaay forward and it really aids with poses and wielding the hammer. If you just keep the arms straight and splay them out, he can’t quite reach a t-pose, but moving them back and then splaying them out allows for it. The elbows bend up to 90 and the knees go a bit past 90. The knee joints use those traditional mid-2000s Titan pistons to great effect. The Hordika necks kinda create this ugly gap when bent all the way down but it’s more or less noticeable depending on the view. 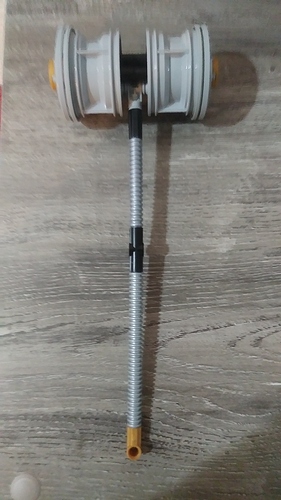 The hammer is on the simple side, with those large wheels on one end and a gold technic piece that I forgot how I obtained at the other end, but at least it keeps its shape when he’s holding it unlike much longer designs I went for before. 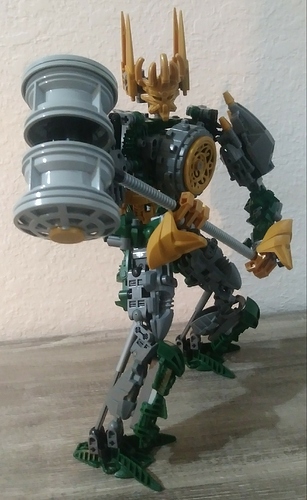 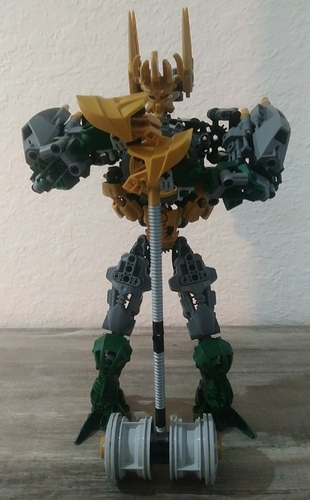 Here’s a couple of neat poses he can pull off using it! Really a fan of how those shoulders work again. 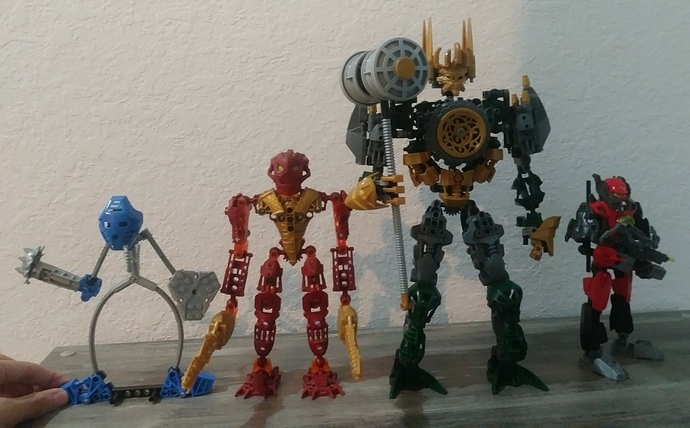 Here’s a size comparison with the canonical depiction of Helryx, your standard Inika build, and your standard CCBS build! I don’t have Brutaka or any Titan sets for that matter, but based off Jaller over here, I think he should be well within the reasonable range. 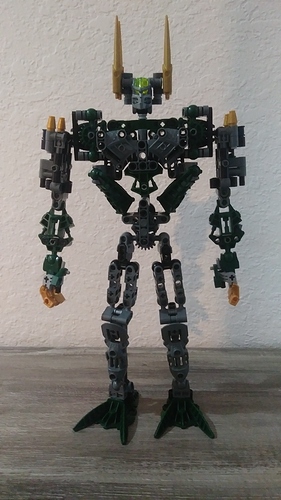 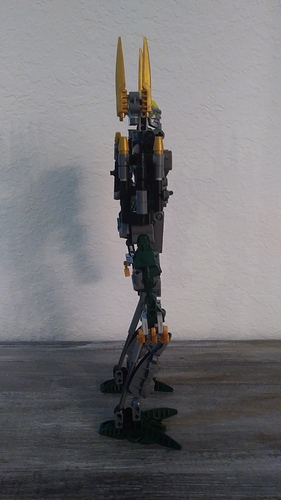 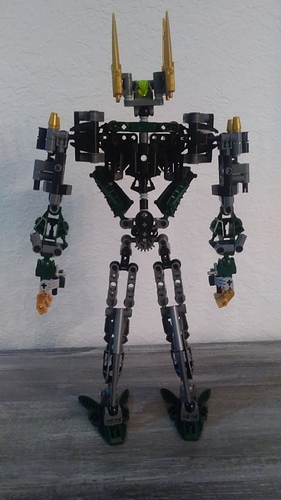 Lastly we have some breakdown images, which I think cover the “skeleton” of him well enough but of course I’ll provide more pics if deemed necessary of me.

So that’s about it! Good luck to everybody this go-around and may the best G1 Ekimu win!