We know that Artakha didn’t always wear the Mask of creation, but we don’t know what he wore before it.

After some thinking, I’ve come up with the theory that kanohi Hau was Artakha’s original mask.

My reasoning:
At the center of the island Artakha, there is a giant Hau. This could be there to represent the island’s ruler. 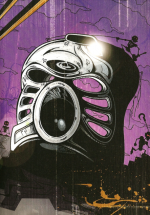 Additionally, from what we’ve seen, Artakha seems to be quite prideful. He named his realm after himself, afterall. It makes sense that he would give Tahu (The leader of the Mata) the same mask that he himself wore.

EDIT Nov. 2, 2020: Lastly, the Hau is associated with Mata Nui, and many believed that Artakha was actually Mata Nui.

Good theory, but I think we need a bit more evidence.

Based on what Greg answered, it seemed like Artakha and Karzahni were maskless when they fought for the Mask of Creation. I need to find the exact quote but that seemed to be the case.

Well that’s sound similar to my old theory of the Mask of Creation was the basing on the Hau.

I partially agree with MaskMaker, it would be logical if they fought without masks.
Also, I wouldn’t describe Artakha as prideful :). But he still could have weared Hau because Trivia section of Artakha’s page says that some believed that he is Mata Nui himself, and Hau was simbol of Mata Nui. It could be the source of that myth. And it would be funny if Artakha’s Hau was the chrome one from the Power Pack, even one of the contest entries wears it. Hau fits him, but, oh, there is so many characters who weared that mask…

If he did wear a mask, Hau would we know?

there is so much characters who weared that mask…

Hau would we know?

The myth about Artakha was actually my exact reasoning for using the chrome Hau! It does make a bit more sense for them to have fought maskless, granted.

Why does it make more sense for him to be mask-less?

Considering that he is capable of wearing kanohi, and that making masks is is occupation, why would he choose not to wear a mask?

That’s just my opinion, though.

Because battle betveen Artkaha and Karzhni wouldn’ be fair if Karzahni weared weaker or stronger Kanohi. Also, such a powerful being probably does not suffer any effects of being maskless, and just to rule a realm he doesn’t really need any mask.
And I’ve came up with a theory: during the fight Karzahni wanted to win using his powerful mask (Olisi) but Artakha’s will was too powerful for him, and his mask was useless, while Artakha’s Hau was pretty good in the fight. That explains Artakha’s incredible telepathical powers and why he won. Just an idea.

Hmm, I always thought both Artakha and Karzahni were originally maskless and only once one of them won the Mask of Creation, the loser was given The mask of Alternate Futures as a consolation prize - to see what could have been…

I think they were both maskless, and here’s my theory.

The Great Beings wanted a Being Of Creation to wear the Mask of Creation and be the craftsman for the Matoran Universe. But then, due to a lack of communication, two separate groups worked on the project, and they were stuck with two beings, but only one mask.

So, the Great Beings, being the level-headed scientists that they are, decide to host what is essentially a Battlebots fight for the mask.

This theory also explains why Karzahni sucks at his job: He was built to be a creator, but then got pushed into the job of a repairman for other creations. It requires technical skill, but not much creativity.

So he started ‘creating’ his own Matoran-building techniques.

This sounds like exactly the sort of genius-level nonsense you’d expect the Great Beings to get up to, I love it.

One thing to consider: the Hau is associated with Mata Nui himself, and some people thought Artakha was Mata Nui. This conflation makes more sense if Artakha wore the mask associated with the guy.

" 6. Did Karzahni and Artahka wear masks before fighting for the Mask of Creation? I ask because before their fight there is no mention of Karzahni being a poor builder, but his mask doesn’t exactly scream “craftsmanship.”"

And it would be funny if Artakha’s Hau was the chrome one from the Power Pack, even one of the contest entries wears it.

Given the illustration in ‘Bionicle: World’, I would love this, finally a proper justification for the Chrome Hau! It would seem Greg has shot this down though. Still, no reason why he couldn’t have a powerless mask around to wear sometimes.

I see. Well, in that case, here’s my new head canon:

Artakha did originally wear a hau (Probably chrome silver, green, or gunmetal), but was required to remove his mask to make the competition for the mask of creation more fair.

I think both brothers wearing Haus is an intriguing idea, as shown in Wombat’s photographs. 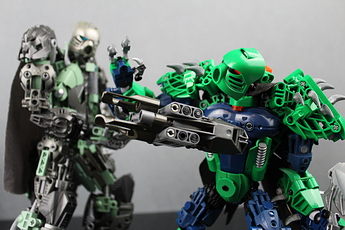 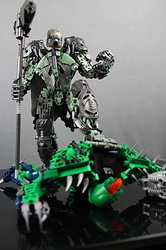 " 6. Did Karzahni and Artahka wear masks before fighting for the Mask of Creation? I ask because before their fight there is no mention of Karzahni being a poor builder, but his mask doesn’t exactly scream “craftsmanship.”"

However, after seeing KhingK’s post and BionicleChicken’s Artakha I think it would be better if Artakha and Karzahni wore powerless helmets before the former won. Just from a visual perspective. 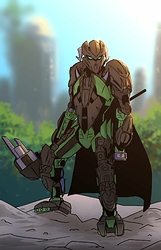 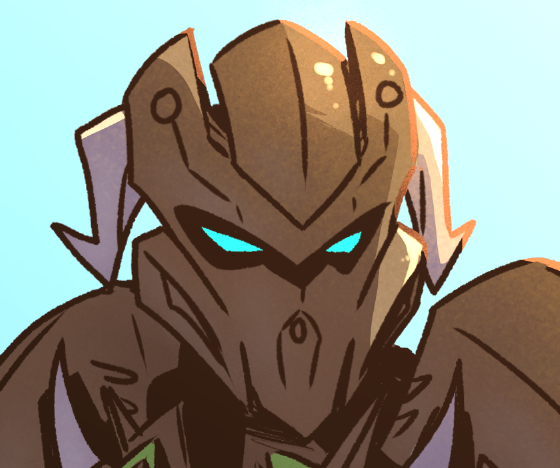