One of many, Avamaku is a sentry-like guardian from an ancient civilization, built on technology far beyond that of the Matoran. He has a dense metal structure and travels by floating about. He also projects a mass of plasma beneath his mask, between his decorative wings and onto his twin cannons. 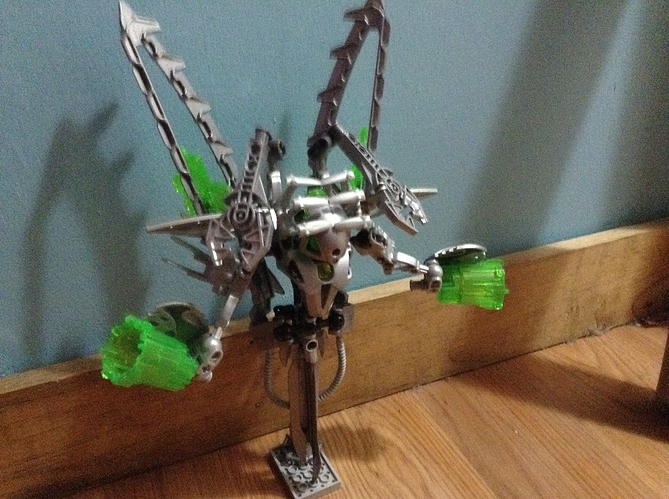 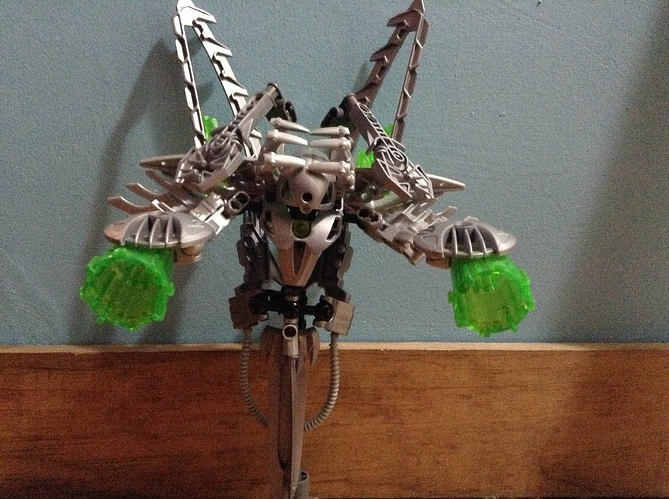 image.jpeg2592×1936 1.4 MB
Avamaku has no legs, so he required a display stand. I used some technic pins to affix a toa foot onto his back, and used a stand-alone ball joint to attach to the foot. A series of long technic cross axels and a specially designed base do the trick. (A picture of the stand is available at the end of the post.) Some other mentions about the build: The mask is Toa Nuva shoulder armor, the tail is made from a small bionicle sword and Metalbeard’s blade, his wings are made from Rocka’s shields and Gen II Tahu’s fire great swords, the “shoulder” armor is made of Vorahk’s speartips, and the cannons are the nuclear energy canisters featured on Meltdown. 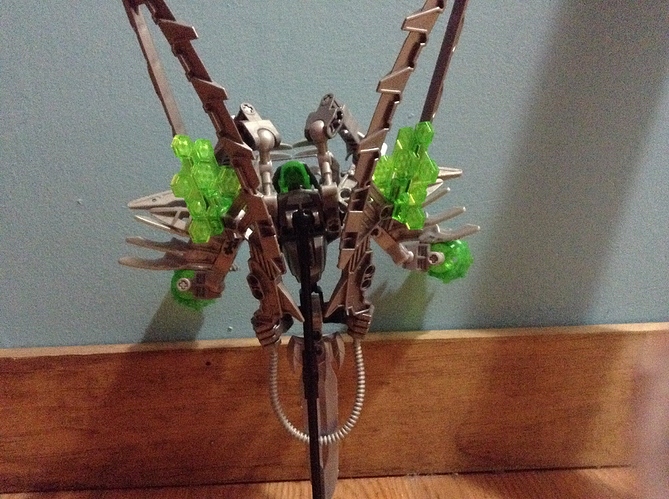 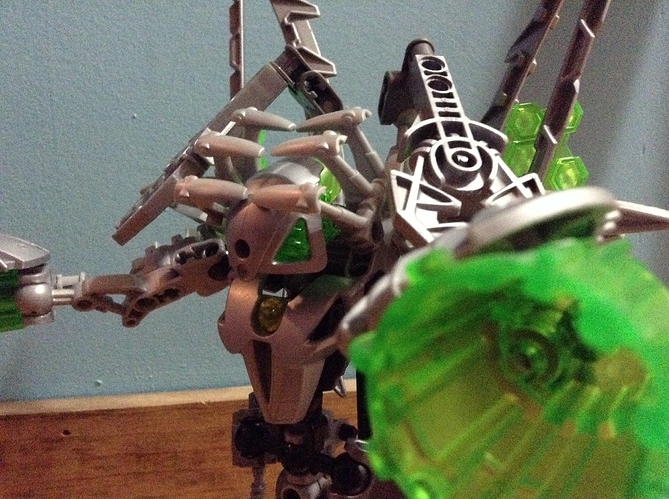 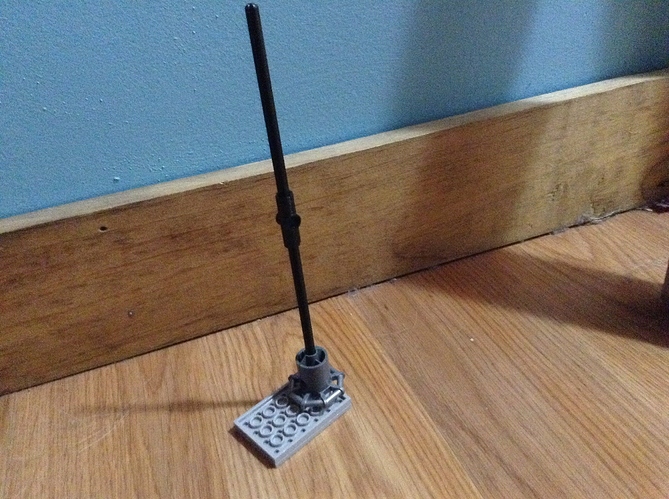