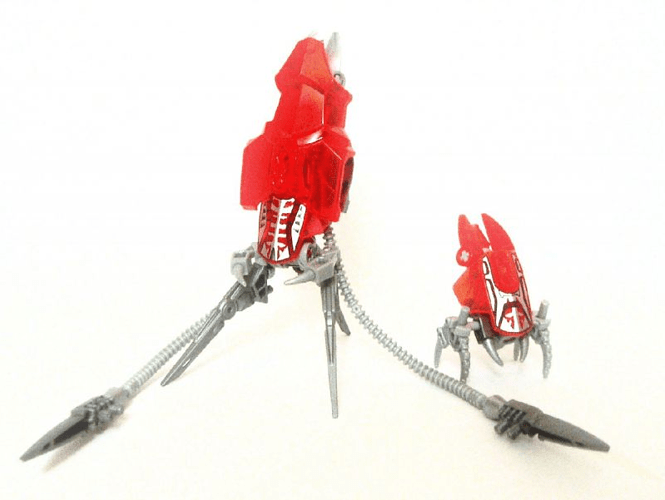 Azalgor crystals were originally thought to be some kind of elemental construct similar to the Levokah and Gavokah, but they act very differently and actually disrupt the elemental energies around them. These creatures form large, noisy underground hives and are very dangerous for matoran and other species living nearby. 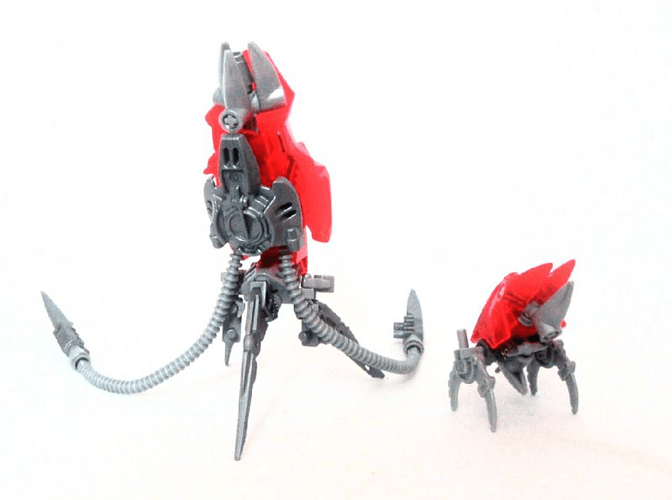 Under certain conditions, such as when there is a disturbance of their hive or a large pulse of elemental energy, they swarm into the sky and join together into a monster called a Leviathan which can wreak devastating chaos across large chunks of the landscape and hill hundreds before collapsing. Elemental attacks only seem to strengthen such creatures, so they must be brought down by conventional explosives. 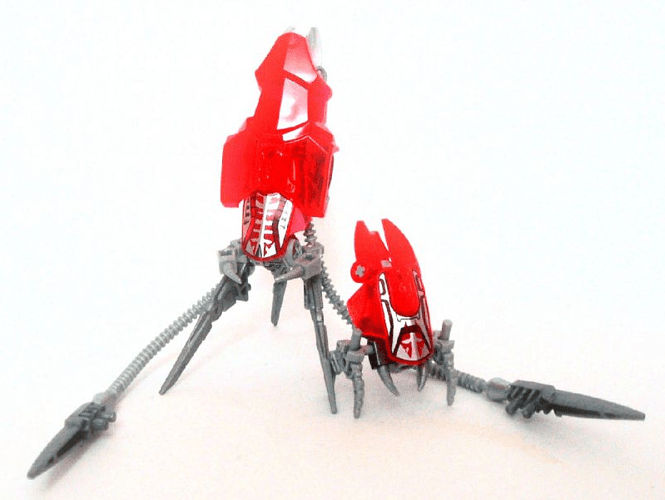 The lacing of this semi-living crystal with Great Being technology (similar to that in the bodies of Glatorian and Agori) leads some to believe they are some kind of experiment gone wrong to do with the storing of elemental energy in crystals, like a Toa Crystal. They are most often found in old vaults left behind by the Great Beings, feeding off the old technology there and most often rendering it useless.


Another quite old MOC,
but a fairly good one that fits with the other small MOCs I’ve posted here so far, I think? The concept actually belongs to a friend of mine called either Mindtides or JohnTheImaginitive depending on what site he’s on. We’ve been buddies since about 2009-10 and started off in a RolePlay group called the BRC (Bionicle Roleplay Club) on MOCpages. The Azalgor swarm was one of the challenges our party of Glatorian adventurers had to overcome later in the game. Took a while before the Savage Planet parts came out making their MOC form possible. 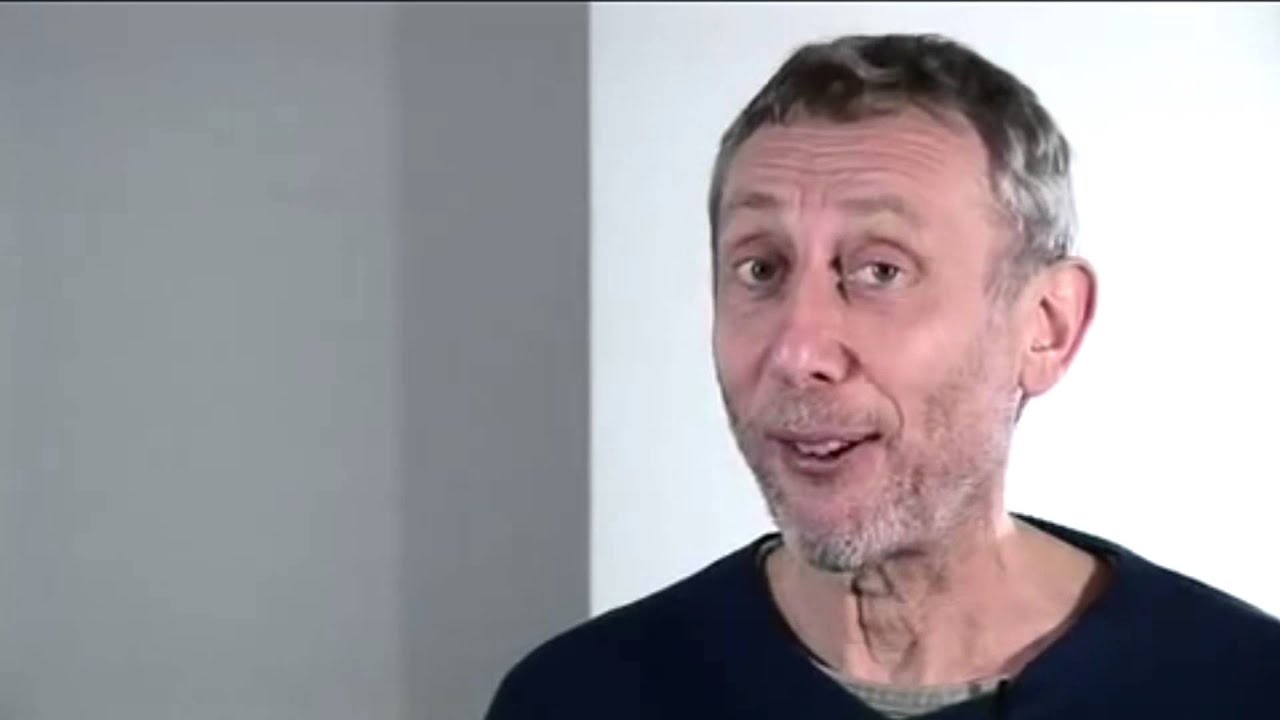 i have the Zerg feeling because

I love how alien these look.

They look like they’re about to leap onto someone and suck his brains out. Creepy.

At first glance, I got a ‘If war of the worlds met squids’ vibe. Very nice mocs though.