Hello! So this is my first moc (at least first publicly shown moc) Barahk a toa of gravity. 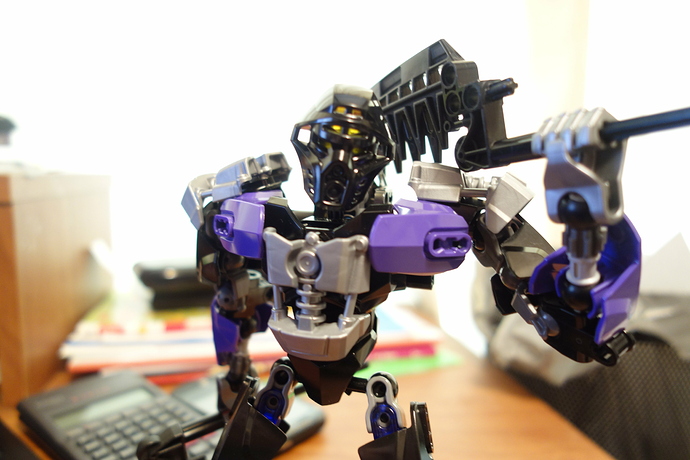 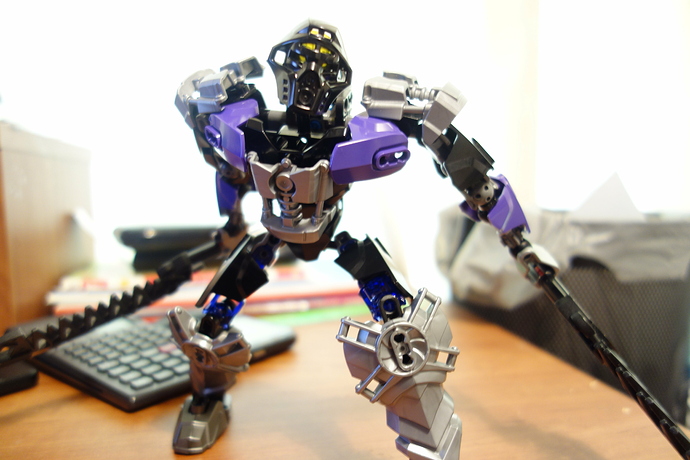 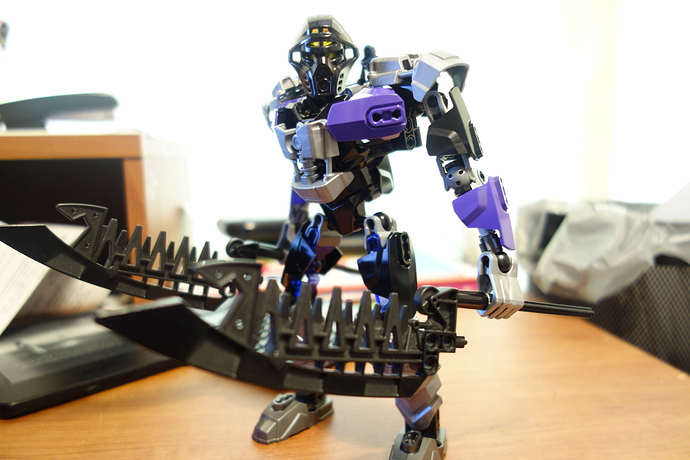 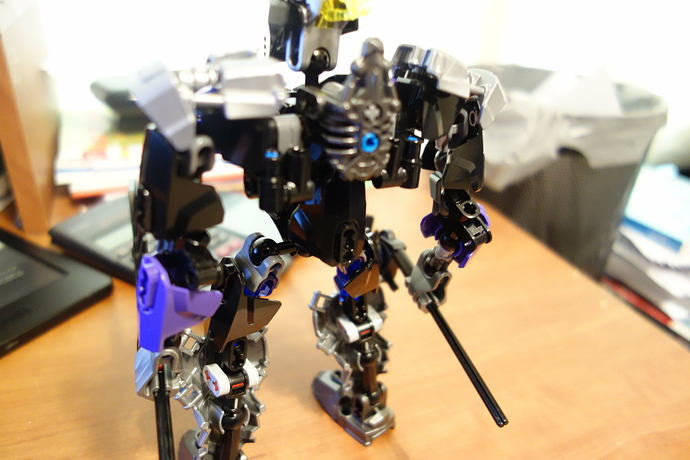 The blades of his weapons can also be placed on his back to form wings, although this leaves him with just poll’s as weapons. 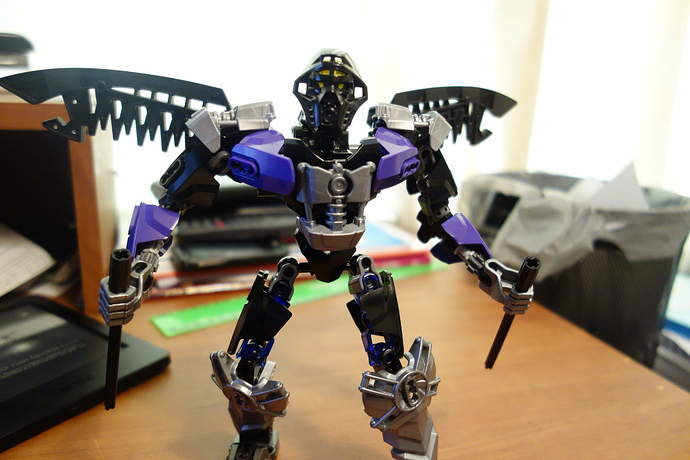 He also has custom lower legs and arms. They do look kinda odd without the armor pieces but I think they fit will with them on. 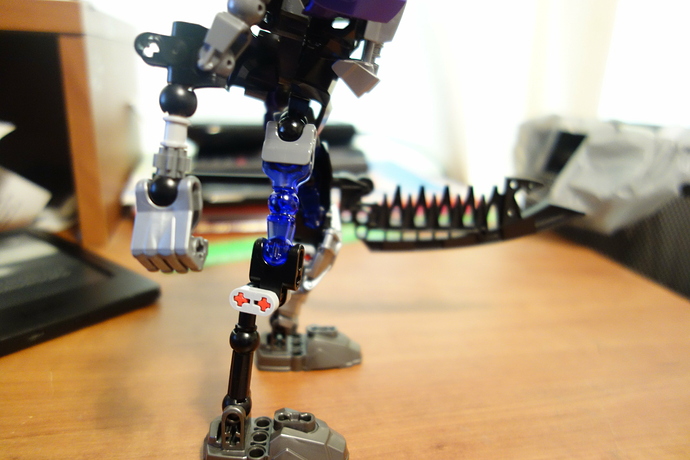 So how well did I do?

Its nothing special really, the lower arms look bad, and the lower legs while cool in idea don’t flow with the upper legs, the torso also looks like modified Tahu torso.
he could also use some trans purple in the arms, and he lacks purple in the lower body entirely.

The wings though, are a neat idea, you should give him some other form of weapons on him though instead if some little sticks.

(Call in the air strike, he knows to much.) I see what you mean about the purple, should really buy some sets with more purple pieces (this used literally every one i had).

Yeah its a shame that Onua only brings two of those trans parts.

For a first MOC…really quite good! the lower arms are a bit weird though.

I know right. I feel like someone at Lego has some kind of personal vendetta against the color purple. Anyway I made some changes to the moc. I change his weapons so he actually had something to defend himself with when he is using his wing. 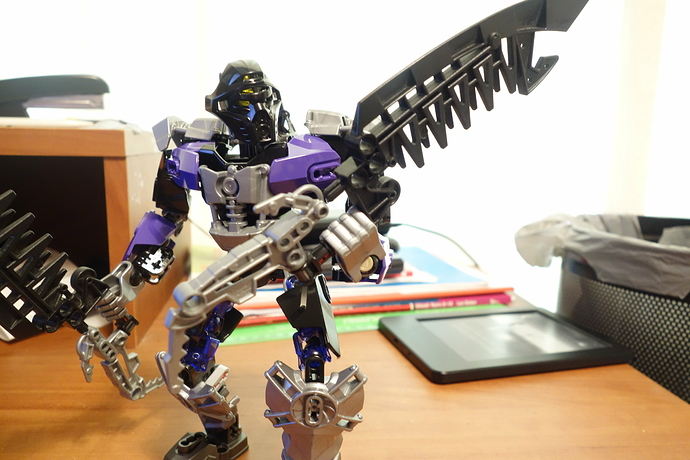 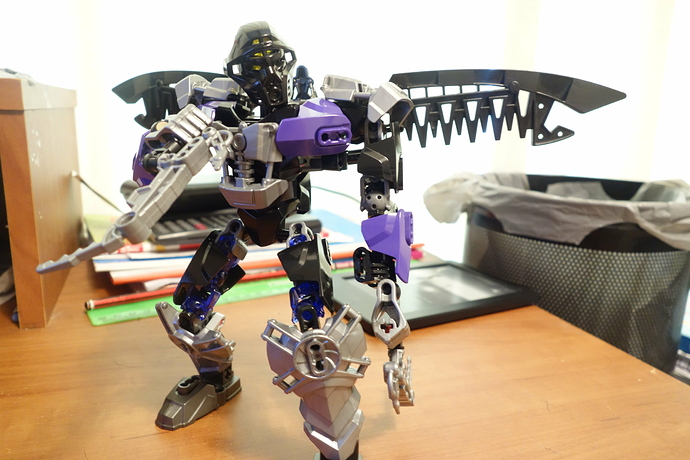 I also changed the lower arms. Does this look any better? 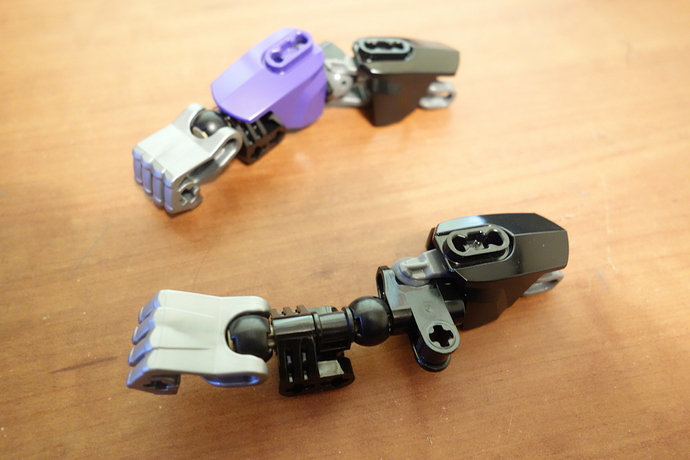 Actually if you kinda fill out the rest of the arm using some more liftarms so its not just a sudden bump it would look kinda beefy. 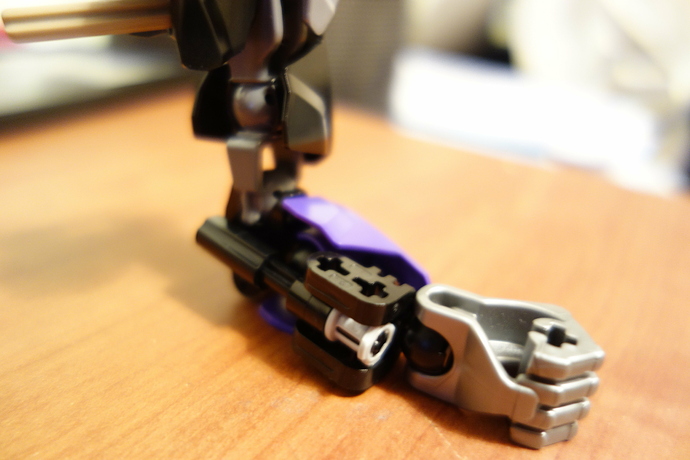 The torso looks eerily similar to my self MoC, H’kija. But somehow is infinitely better

Omg…these arms…you’ve just inspired me! Really clever engineering, I like it a lot!

Yeah after looking at it I think the only difference is a different piece on the main torso and bigger shells on the sides. Although that does end up making it look quite different. Interesting how something like shell size can change the overall shape like that.