Finnished a new Toa moc today! This is Barez, Toa of Gravity, One of the Masters of Spherus Mountain and sworn enemy of Team Voltage. 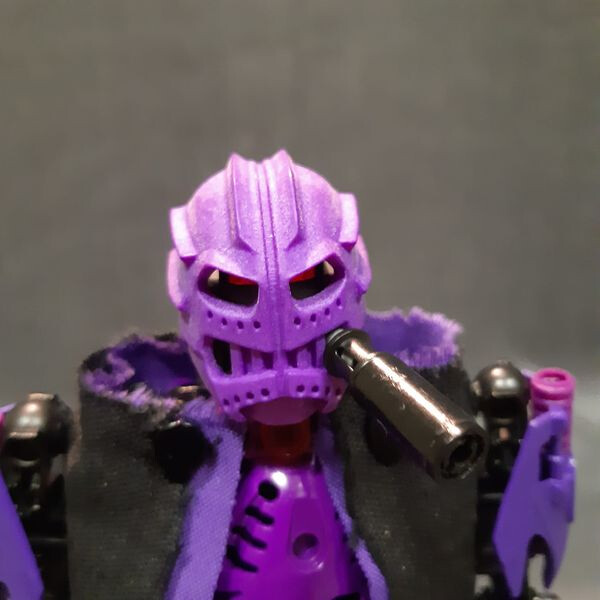 Barez belives that life is all about getting ahed of others. He became a Toa of Gravity when he killed and stole a Toa stone from another Ba-matoran. 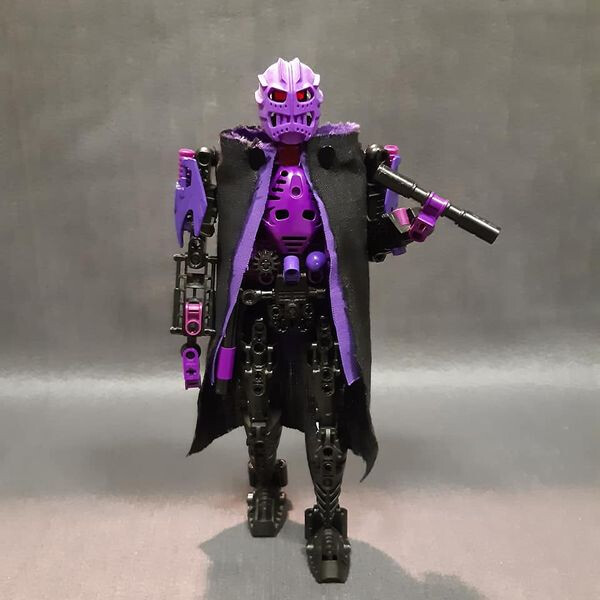 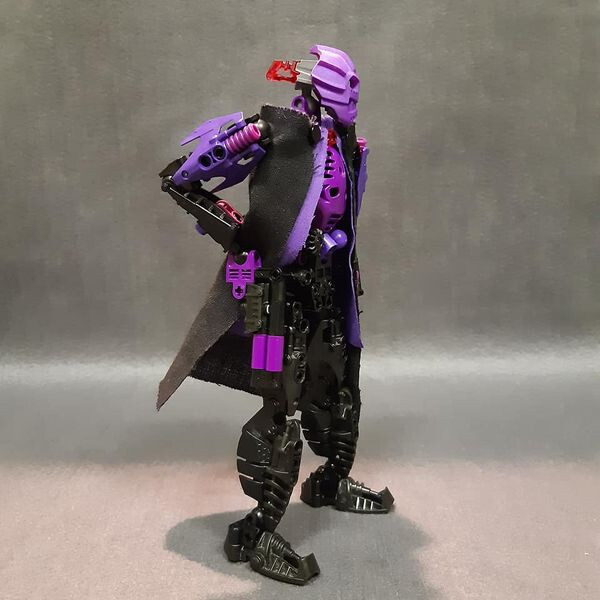 When other Toas of Gravity started to appear he decided to get rid of all of them so that he could be the only one. 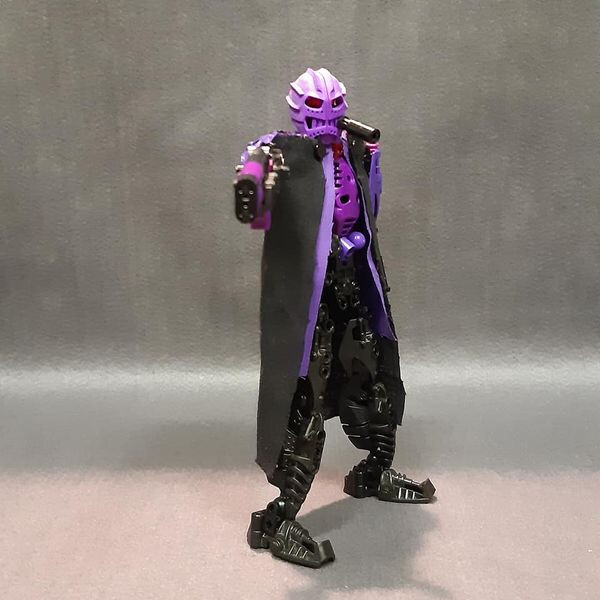 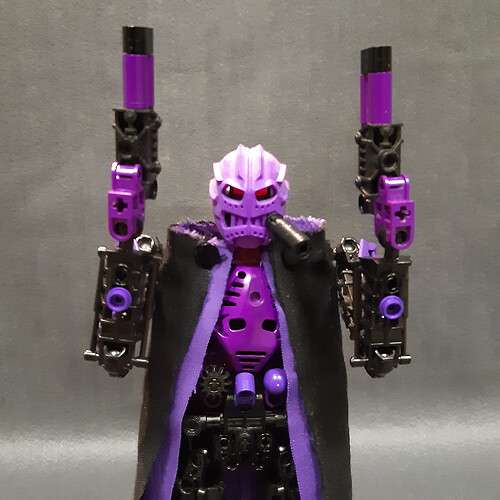 He accomplised this when he learned how to create gravity weapons. This was the beginning of his rise to power when he later started to sell his weapons to other villages and organizations like the Dark Hunters. The weapons were however very destructive and became the source to of a lot of problems on Spherus Magna. He is wanted in almost every nation. 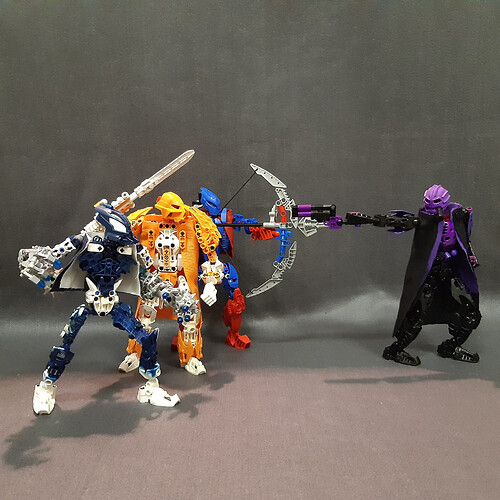 Nobody has ever been able to track him down until the Toa team named Team Voltage found his lair on Spherus Mountain. He controls the wastland area.

Stay tuned for the other Master of Spherus Mountain! 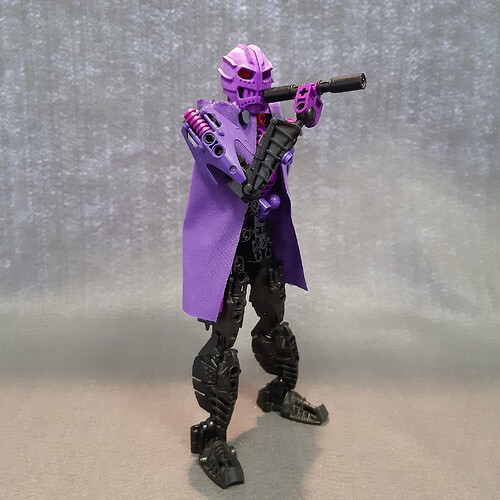 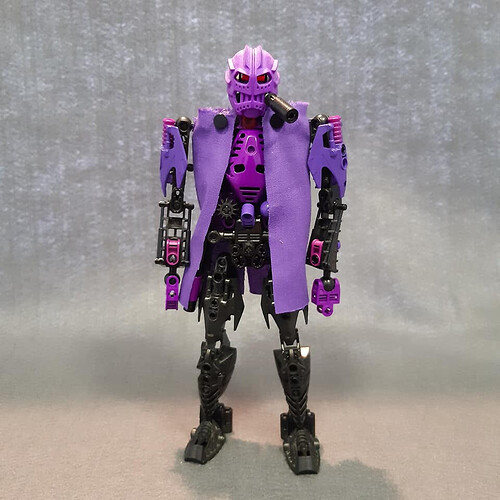 He’s got a lot of personality, i like him

So much character here. The cigar, the coat, the weapons, and while I don’t normally like 3D printed masks, I think that expression works very well here!

That cigar looks perfect with the Suletu. It gives him the feel of both a man of culture, and a disreputable brute. The backstory perfectly explains this, and is just overall really nice!

He looks pretty cool. The Suletu is pretty good here and the use of the Pakari as chest armour is pretty nice.