I was very disappointed with LEGO’s representation of the new Batmobile from Batman v Superman: Dawn of Justice, in 76045 Kryptonite Interception. I decided to revamp the Batmobile in the set, as well as some minifigures.

I apologize for my ■■■■■ and the quality of the photos. 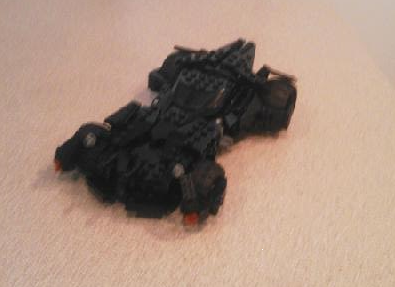 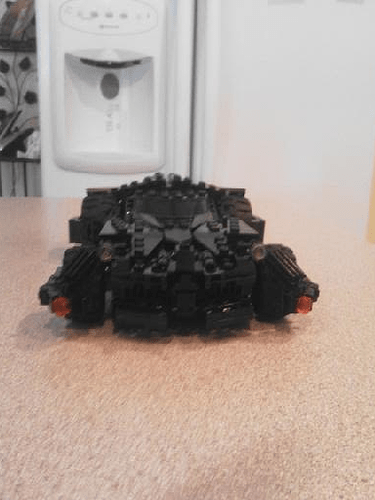 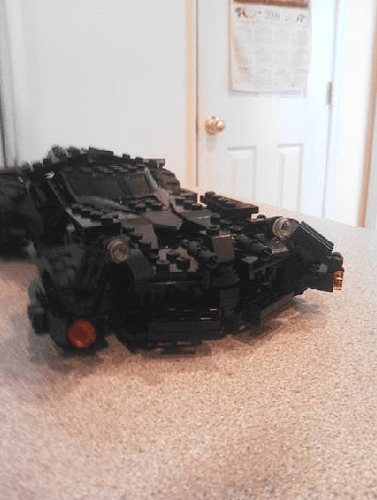 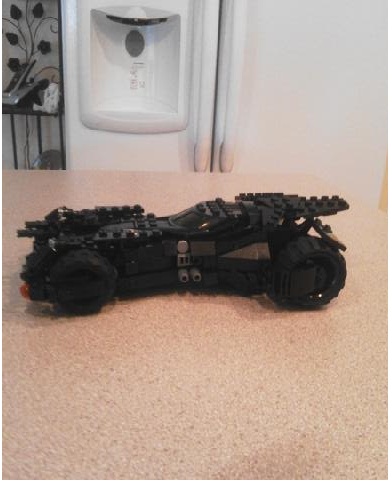 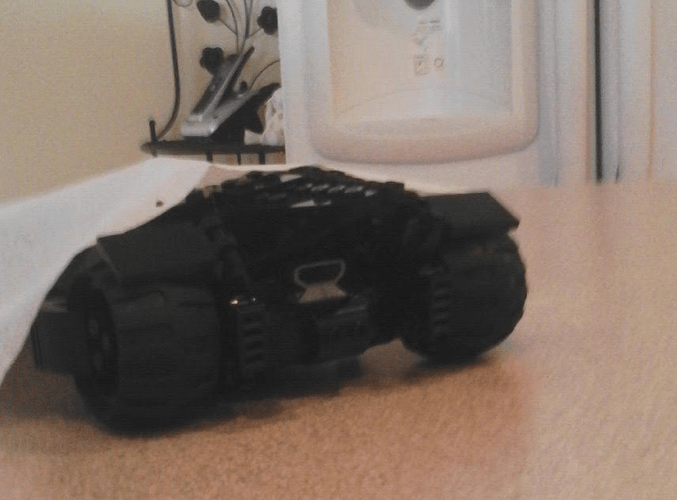 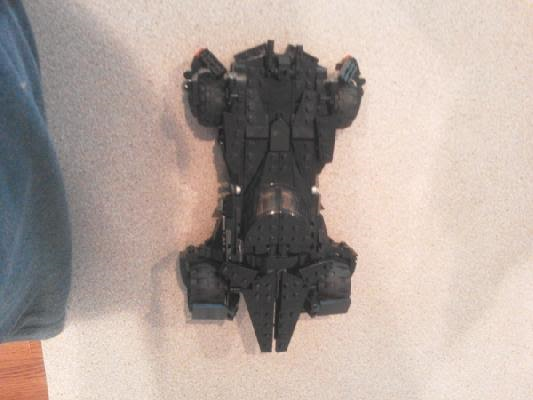 Interior Of The Cockpit 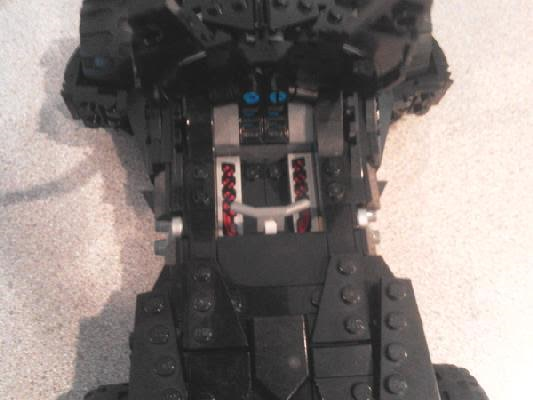 Now for the minifigs. 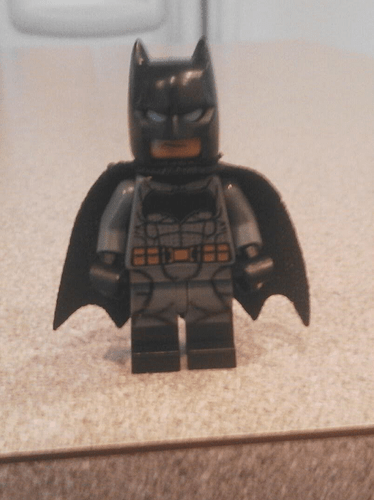 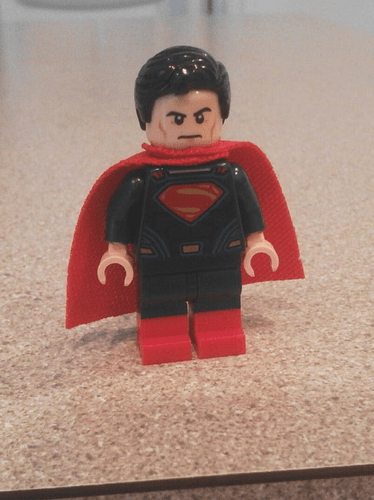 Not much was changed on Superman. I switched his Batman v Superman minifigure’s head out for his head from the Man of Steel sets. I also used a nail file to shave off the ‘S’ curl on his original comics hair piece. 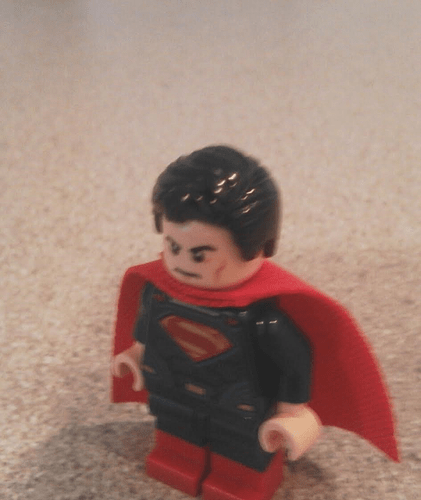 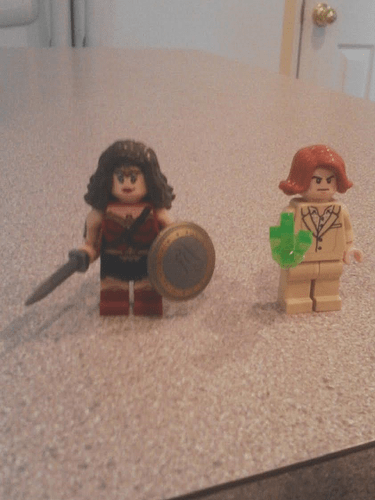 Wonder Woman was left unchanged, but Lex Luthor’s hair piece was switched out with Black Widow’s Age of Ultron hairpiece. 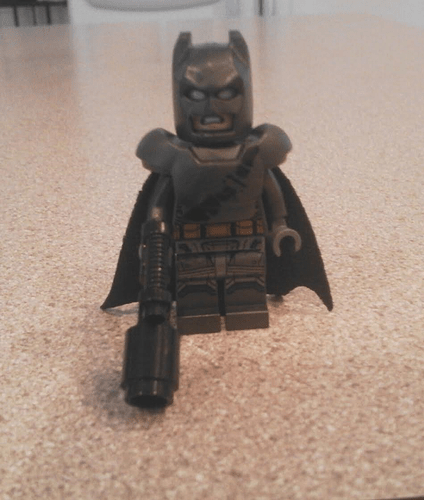 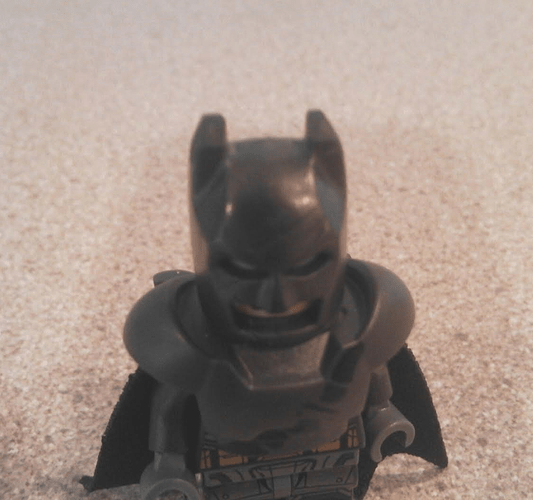 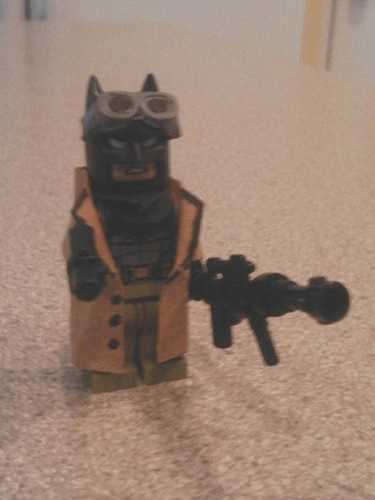 I used a BvS Batman torso but with black hands and dark tan arms. The legs are from 71007 Dino Tracker from CMF Series 12 but I used an eraser to remover the belt printing on the waist. The neck scarf is made up of 2 cut off cape neck holes. The trench coat is a piece of a paper bag with some Black SHARPIE for the buttons and collar. The head and cowl are the standard 2015 pieces. The goggles are standard pilot goggles with the hinges cut off and attached to the cowl with an artist’s eraser. 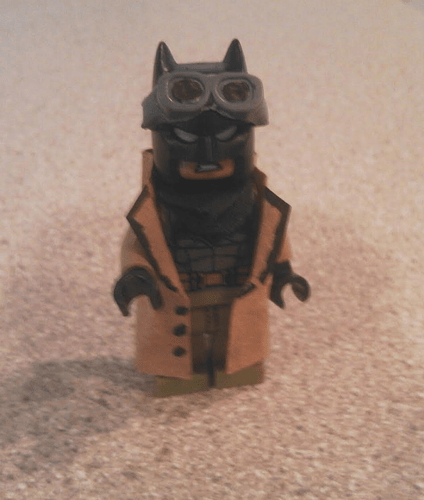 The pistol is a black 2009 Clone Trooper ARC pistol and the rifle is made up of a black minifig hand, a black lightsaber hilt, and a 2007 Clone Trooper rifle with most of the barrel filed off. 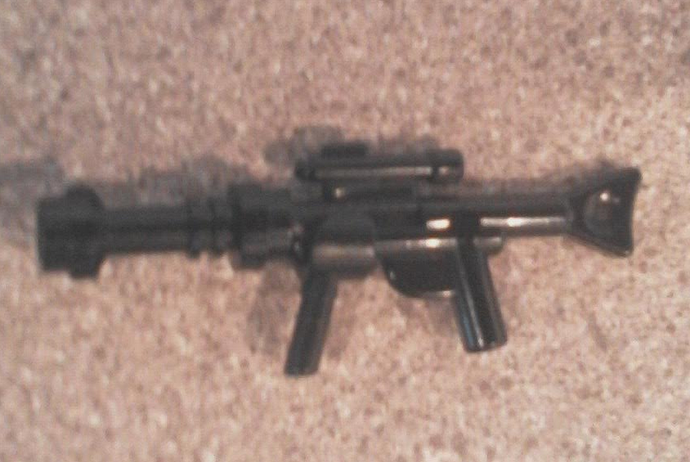 Hope you guys enjoyed my first MoC posted on the boards and if you are looking for an equally realistic Batwing from BvS, I will be posting that sometime soon once I order the parts.

And any and ALL criticism is welcome. If you guys would like to suggest any modifications to improve it, feel free to ask!

Now I have upgraded the Batmobile for Suicide Squad. More like downgraded, since I just removed the turret and replaced it with a Black 1x2 Flat Tile. 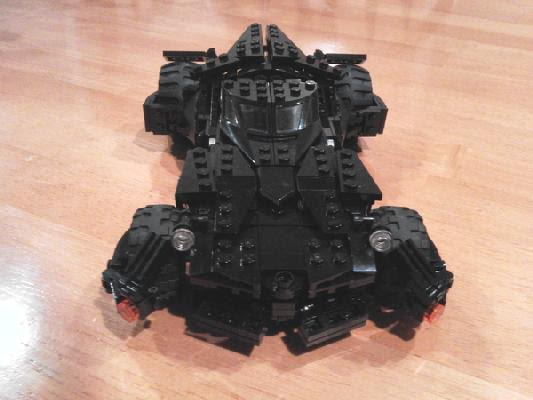 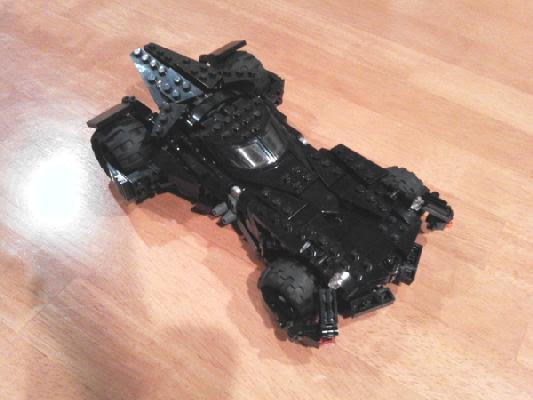 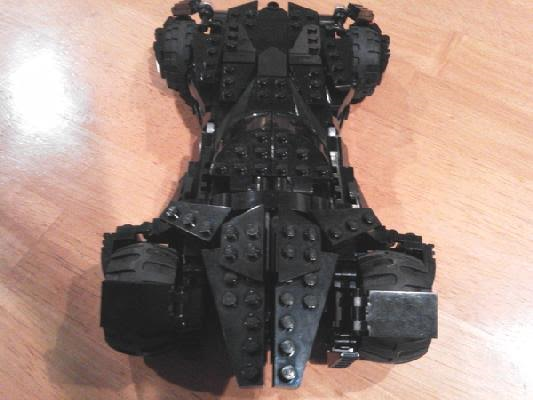 And here are some close ups of the wheel armor if you’d like to get a Bat-ter look. I’ll just leave… 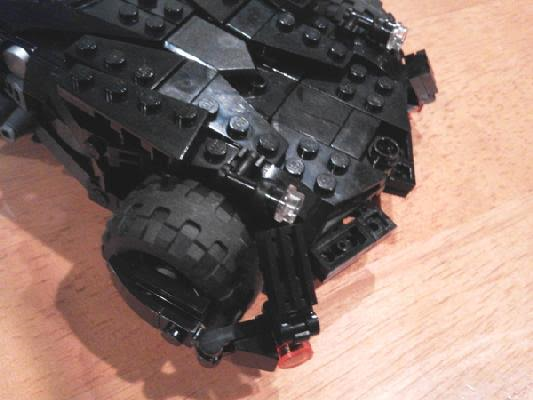 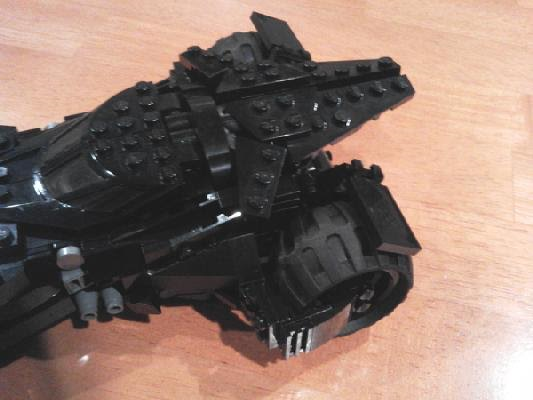 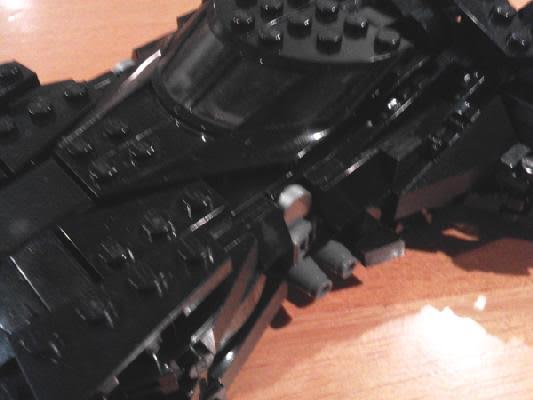 And any and ALL criticism is welcome. If you guys would like to suggest any modifications to improve it, feel free to ask!

What kind of sound system does it have?

Not a huge fan of the Batmobile, but I never liked that design regardless.
The minifigures are

but I never liked that design regardless.

Do you mean the design from the movie or the original LEGO set version?

What kind of sound system does it have?

Not sure, but the radio just plays “Sound of Silence” on endless loop.

Design from the movie.

Now the Batmobile has been upgraded for the 2017 film, Justice League. I replaced the original cannon turret with a new one and replaced a small part of the side armor near the rear wheel to fit in the missile launchers. I also redid the dashboard of the cockpit. 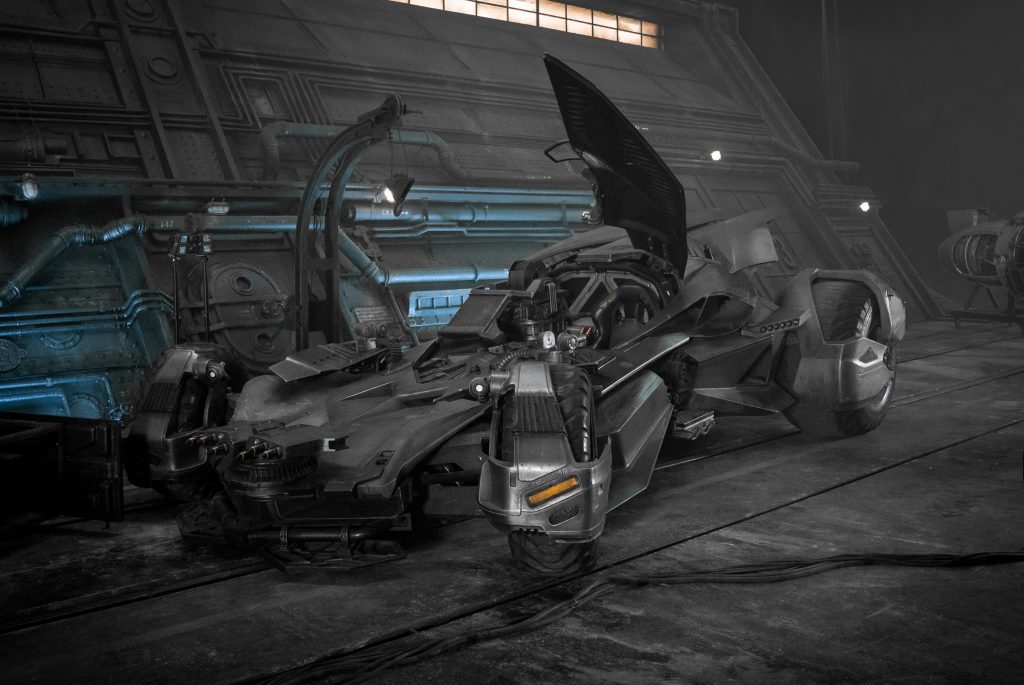 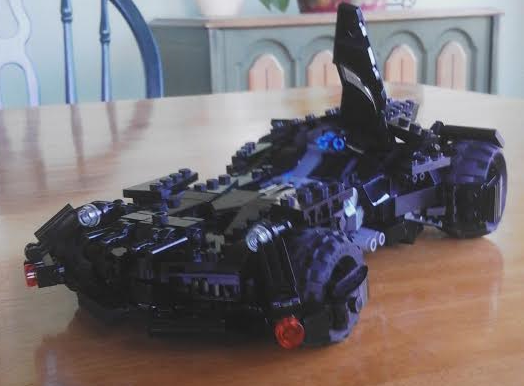 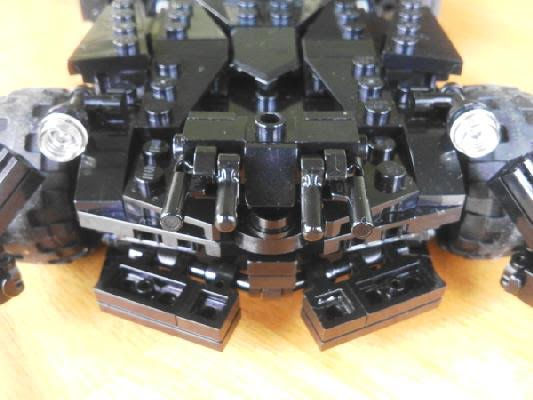 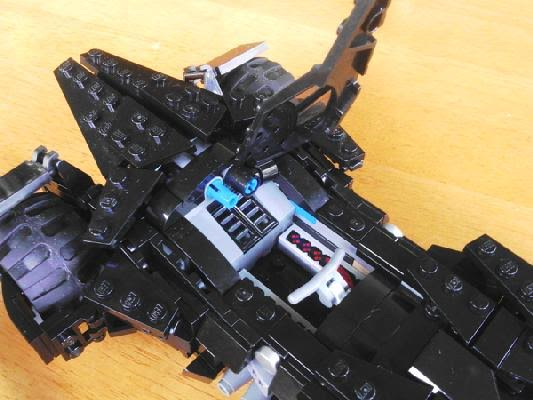 For anyone wanting a closer look at the rear… 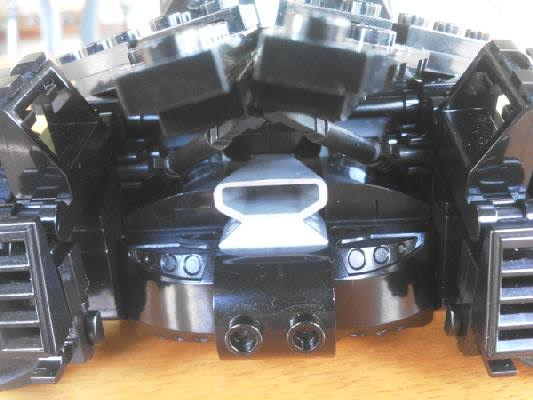 I’ll be posting my G2 MoC, Kelos, Warrior of Okoto’s Jungle, on Friday. Hope you guys will check that out too! Bye.