Because Lego didn't do Umarak Justice in JtO

These two pics are actually photo-shoots 2 and 4 mentioned in this topic.
(Protectors vs LOSS + How I interpret a skull spider infection.)

Anyway, the Umarak in Jto was kind of terrible. I mean, Lego kinda wasted the best villain set in years on a cheesy, 2 dimensional, cookie-cutter archetype of a bad guy. He kinda failed at his job too. I mean, I really wanted to see New-marak toss around some Protectors, and Old-marak beat the Toa (all of them, especially Lewa) in an awesome way and take their creatures. I have tried to emulate that with the two photos here. Can you imagine if something like the New-marak photo had been in JtO?

Old-marak: (In the not canon timeline of my photos, this takes place right after this one: I make a bad photo decent with the power of editing!)
You gotta feel kinda bad for Lewa, he is the token guy-who-gets-defeated-easily for Bionicle. 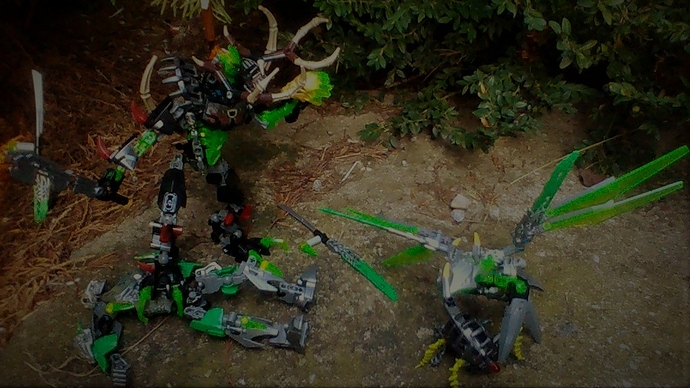 New-marak: (Yes he is about to throw Vizuna at Nilkuu, which would be awesome to have seen in JtO)
The crater is supposed to have been made by him stomping, His old mask is on ground because in my not canon photo-timeline, this is immediately after he put on the Mask of Control. 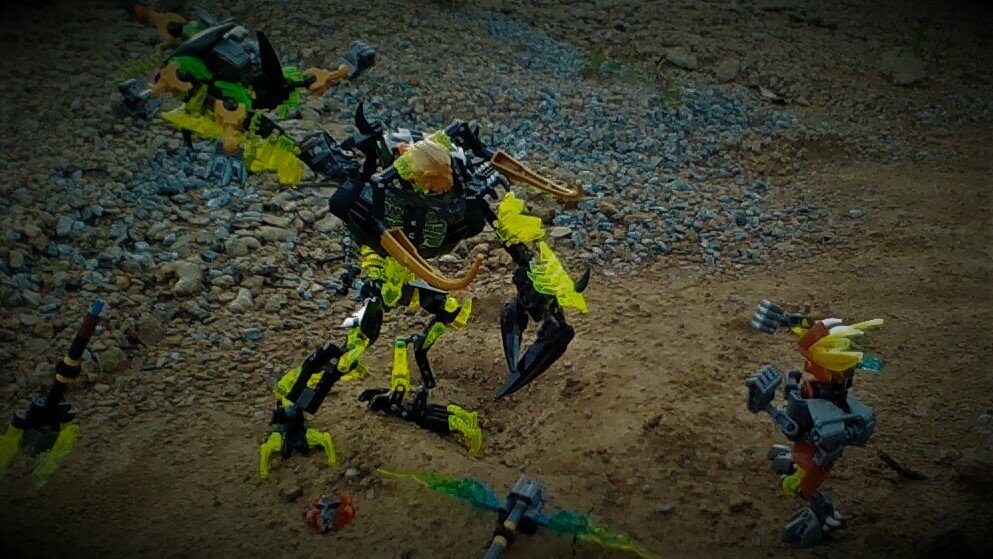