Behemoth - Forsaken brother of the Shadowed One

I’m back with a new titan. This is Behemoth, brother of The Shadowed One and hunter of Dark Hunters. Feedback is highly appreciated as I want to improve as a creator. 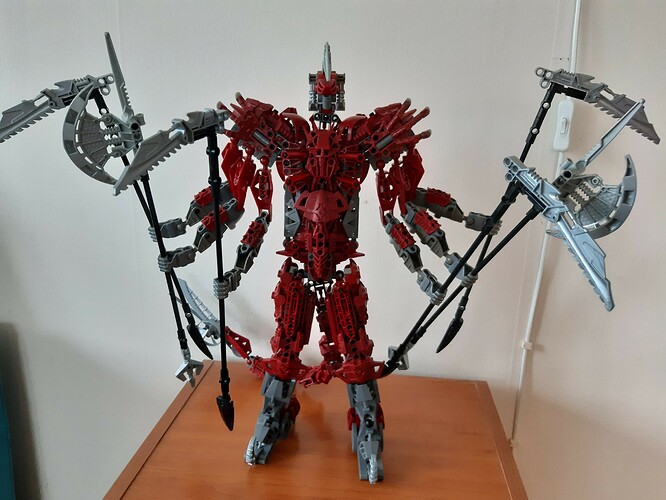 In the long forgotten past, Behemoth and The Shadowed One had a duel over Dark hunters leadership. Behemoth lost the duel and became a statue out of solid, crystalline Protodermis for thousands of years. 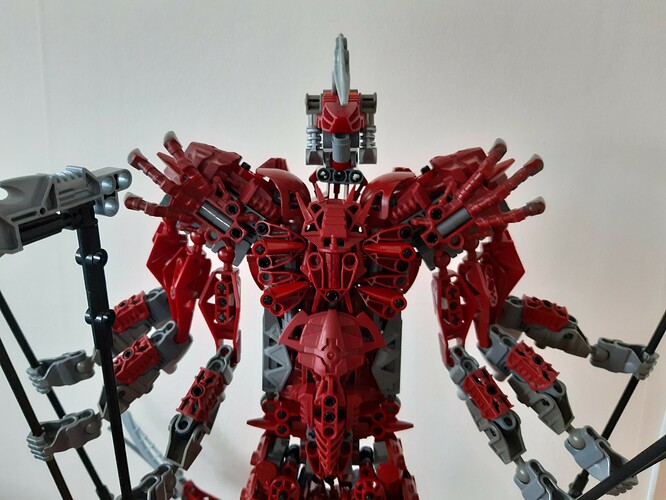 He later managed to break free of his crystal prison and is now out for vengance. 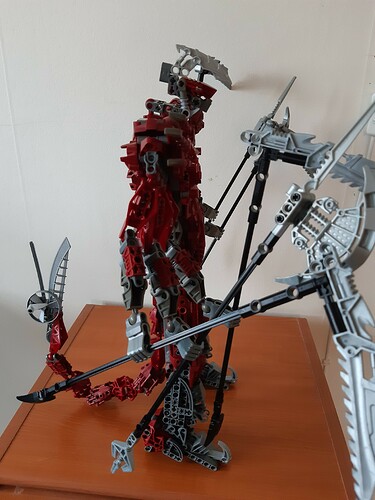 Behemoth is equipped with 2 giant axes and 4 giant sythes. On his back he has a tail that carries his Rhotuka Launcher. 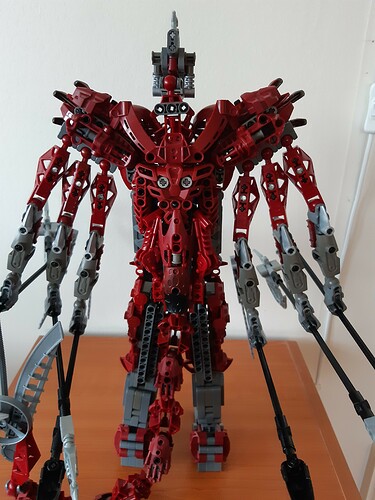 His Rhotuka spinner makes the target enter uncontrollable rage. He has tremendous strength and the same desintagrating eye beams like The Shadowed One. 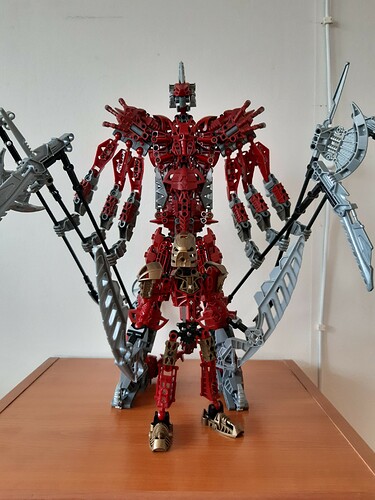 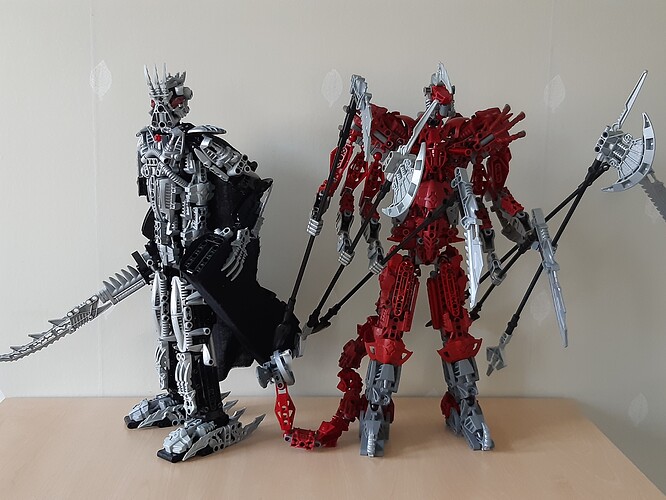 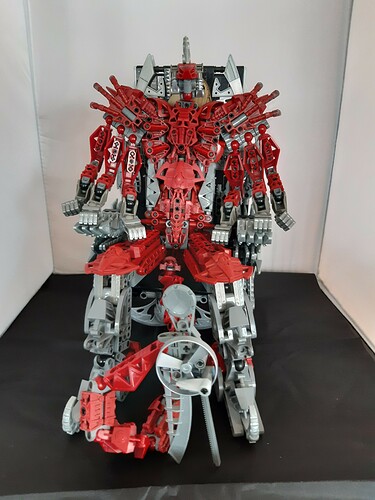 One extra picture. Hope you liked this titan that took a while to get right.

He is extra large.he looks like a final boss character and i love that. and Bonus Heyzorks Points for using hero factory hands instead of just using that connector thing that most people use.

Thank You! Glad you liked it. Yeah they are far more durable than normal connectors. They also help with the proportions.

It looks amazing, and I like the lore behind it. If I could change something it would be the Rahkshi legs on the sides of the torso. They make the body look too rectangular. If they are a support that is not supposed to be there, like the dark areas in female Minifigure torsos, you can use black legs, as I think they would make them look more like a void than dark grey.

Woah, this thing is huge! It looks pretty good!

Appreciated! The Rahkshi legs helps with weight on each side and is part of a function. The legs makes it possible for the moc to push back each shoulder slightly. I’ll give it a try.

Hmmm, the one on the left comes off like a mixture of Sauron, Shredder, and Darth Vader, but on the other hand I’m a sucker for things with extra arms… I’ll split the difference and say they’re both great.

I really love the torso and legs but I think that the head is a little bit to small and the the arms could be bulked out a little bit more to fit with the size of the rest of the build, but otherwise great build!

Looks great but the arms are eh. They look like baby arms on a giant.

He looks super cool. Love the color scheme, and his huge size is pretty epic. The multi-arm thing is a cool aspect also. I feel like while TSO manipulates things from the background, he’s the type who would take things into his own hands.

I do like the left one too, but I def prefer the one on the right

Thanks for the feedback! This moc was an upgrade to a moc I made a long time ago. I’m a bit torn about the arms as that if I I make them bulkier then he won’t be able to move at all. I kinda agree about the head. Great feedback! Highly appreciated.

I kinda wish I saw more though not gonna lie

Do you mean you wish I said more? Lol sorry I’m just not sure what you mean by you wish you saw more

I mean comments from others, my bad.