Apparently nobody made this before, so it’s safe to make this topic.

This is the topic to discuss the best mobile games, which you enjoy and which people enjoy in general.

Probably the best mobile game I have played by now is Ninjago: Shadow of Ronin android edition.

You might disagree with this, but since you have to pay $6 for this, game… you understand.
And it was worth my money. It’s fantastic game, and I might get more of the paid LEGO games which are available on Android.
I also think Clash of Clans and Clash Royale are good games, but they kinda care more about the money rather then the actual COC AND CR fans.
I also like the Mobile GTAs. While I am not a fan of the game itself for a multitude of reasons, I recognize it as a very complex game for a mobile device.
Even though I have not played it myself… PUBG…
And the Mobile Fourtnite they just relised… those are popular, but I don’t really like them, mobile or not. And 2GB!!! Really? I hope they manage to reduce the disk space for future mobile games.
Anyway, let’s discuss!

Minecraft Pocket Edition is also great, forgot to mention it. Also Roblox on mobile, even though the graphics suck on my phone (my phone specifically, for some reason I can find out)

But I will give you an advice. You should get yourselfs one of the those mobile controllers (which I have one myself, but it does not work with my newer phone for some reason I can’t find out).

But, playing Minecraft Pocket Edition with one of those controllers is absolutely phenomenal! I remember beating everybody on PVP because of that controller! 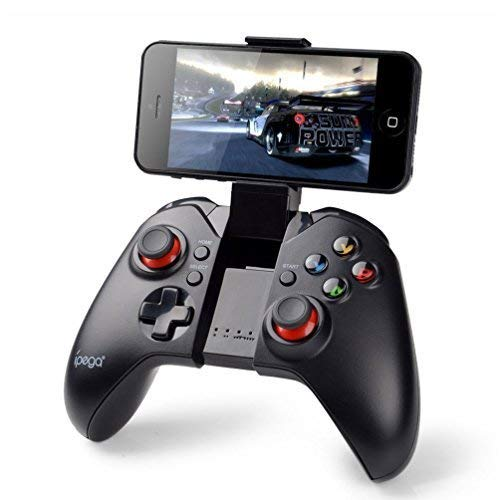 I used to like Clash of Clans and Clash Royale, but I don’t play them anymore. I actually don’t play mobile games in general anymore.

Me too. While I still like mobile games in general I got bored of CoC and CR. They just keep updating them all the time, just to keep you playing thier game forever. Bleah. It’s fun to play them, but you always eventually get bored of them.

It’s not that they are always updating them. That’s a good thing. The fact that they are nerfing the game and that a very long time passed since an actual good update. THAT made me to stop playing.

Oh gosh, some of my favorite video games of all time are Mobile. The Bug Heroes trilogy is really great, along with anything else from Forsaken Media. The battle of Polytopia is also a great Civilization type game.

I played LightBike and Spider-Man: Total Mayhem often years ago but I’m not sure if either of them are even available for purchase anymore.

Dragonvale and Clash of Clans are my favs. I can’t play Dragonvale anymore because of just how the game works, just got back into Clash recently from a year-long break. Restarted and I missed a lot.

I’ve been playing Marvel: Future Fight quite a bit, and I don’t know why, as Champions is a much better Marvel game, at least in my opinion.

Currently hooked on Azur Lane. It’s an RPG, but with Moai Girls that are battleships, which fits perfectly in my equation that Cute Anime Girls x Giant Guns = The best thing ever.

I’m using all my energy to make it doesn’t consume my wallet.

anyone remember where’s my water or the mickey clone of it?