I’m just asking a really general question here. Out of all the constraction sets lego has made over the years, which one is your favorite/least favorite, and why?

Least favourite: Roboriders. What the heck were they? Motorcycles with a face and arms?

Favorite of those sets was either Toa Mata Nui or Karzahni.

Least Favorite: Galidor. Ten times worse than Ben 10, which at least had solidity to it. Galidor was just plain creepy…

this is more objectified opinion so…

Worst might be that one small yellow robot guy from HF: Break out…

Best might be Stormer from Breakout. Or maybe that motorcycle guy

Worst? Hero factory 2.0. They looked almost all the same, the backs where bare, and while they gave some pretty good colors, I didn’t feel like they really added anything special besides introducing CCBS.

Best? I’m gonna have to say the 2015 Toa. Along with amazing gear functions, they’re flexible, allowing to have the two best combos available. Plus, they’re not all clone sets, each having a unique personality and showing how Technic and CCBS can be combined to make some pretty cool sets. (And they fixed the back problem with the added gear piece)

As for the best, I really don’t know. I suppose it depends on how you qualify what makes a set good.

Kardas was quite an impressive build and, for its time, very unique. However, there were massive titans(Takanuva, Mata Nui, Skopio, Witch Doctor, etc.) that came around later and not only rivaled his size, but featured more coherent colorschemes.

There were also some pretty amazing vehicles to come along in both Bionicle and HF.

On the smaller(slightly) end of things, there have been some very impressive builds in the titans, particularly after '05.

The Rahi were also very unique in their functions and aesthetic.

I really don’t think I can give you an opinion on best set seeing as I simply don’t have one.

Psyche! I actually do it’s this one. 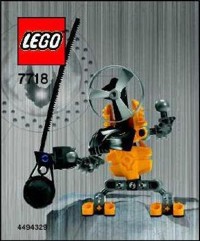 As far as worst go, I guess I’m going to go with the Ben 10 sets. They were oversimplified and overpriced, and I’m willing to bet that we would have had larger sets in 2010 had Lego not invested their resources in them. I might be slightly salty, but opinions are opinions.

Galidor doesn’t qualify, IMO. It doesn’t use a system compatible with other constraction lines.

Of the sets that I have:

I really don’t think I can give you an opinion on best set seeing as I simply don’t have one.

Expect to be shanked sometime today.

The Best constraction set IMO is either the scopio XV1 or the Axalara T9.

The worst were Hero Factory 1.0

Worst might be that one small yellow robot guy from HF: Break out…

I think his name was Xt4

Though I tend not to choose favorites and say that most sets were great and unique in their own way, if a gun was pointed to my head…it would have to be Maxilos. I love his gritty warrior look, and though he may have some gaps, it fits well with the “ancient guardian robot” look.

Worst; Pohatu Phantoka. His body is painfully flat and wide, too much grey, bland Inika build, giant blaster on his shoulder looks out of place, his elbows are crooked, and his propellers flop around like fish wrists,

I am not going to say Galidor or ben 10…

@Rockho …are you saying that fish have wrists?

are you saying that fish have wrists?

Its an expression, like when you give someone a handshake and their wrist is like a limp fish

I only have Bionicle and Hero Factory, so (subjectively) worst would have to be Stars Skrall, and best either Kopaka 2015 or Hydraxon, though Maxilos is also up there.

Vezon and Kardas would be the greatest constraction set ever, for obvious reasons, but the worst would be anything galidor related