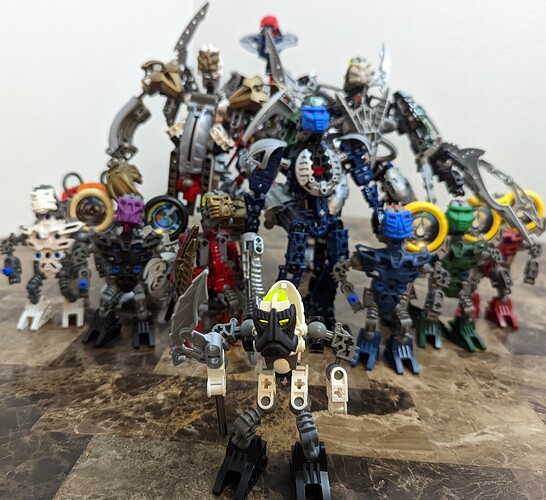 As the beings of the matoran universe were transported to the red star, they were rebuilt. As their kanohi were usually left behind, the kestora found a convenient way to keep them able, and docile. Krana were transported to the red star as well, and without the Bahrag to command them, they helped keep the minds of those who wore them in a calm, clear, meditative state. That is, until a certain Vacuum-powered being with the ability to influence the swarms drifted by in his orbit. Now, their minds are filled with one thought, and one thought only… Revenge on the Toa Nuva! 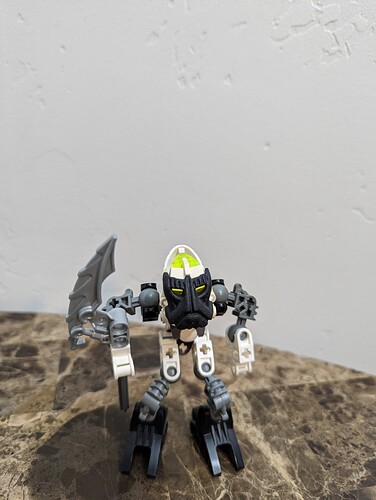 Turaga Jovan was given an organic kanohi by the mask of life. When he became a turaga, his kadin kept its organic nature, and took the shape of a krana Vu. I tried to base his colouration on his toa set. For his badge of office, I used the stem of a zamor sphere launcher, since he was one of the first to use them. The blade is reminiscent of Lesovikk’s blade, since Jovan trained him at one point, and reminds me of iron filings in a magnetic field. 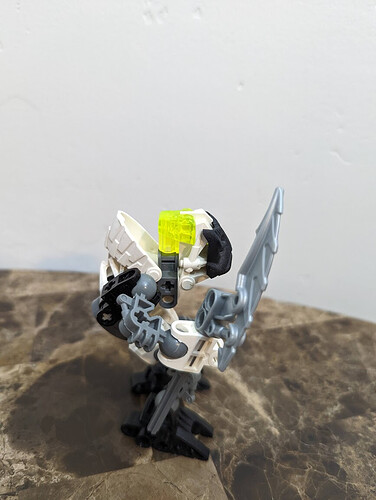 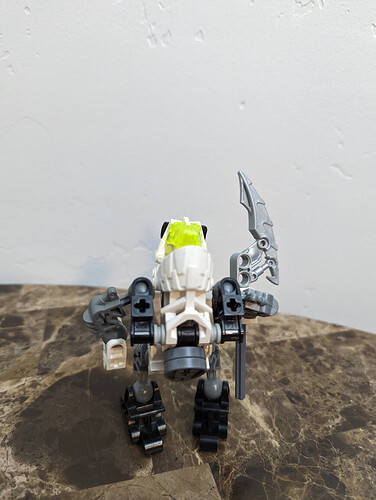 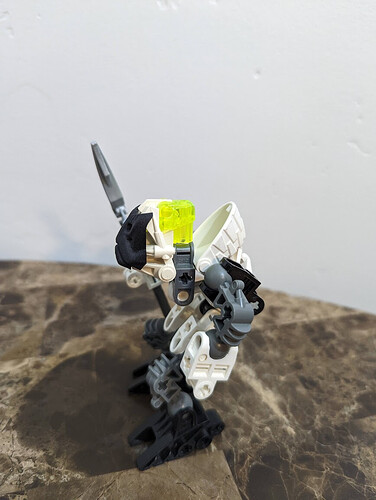 In the background, I used some familiar faces. There is Tuaga Lhikan with a krana of shielding, along with Tuyet and Hydraxon, the pair having died in the pit during the great cataclysm. I gave Tuyet a krana of tunneling, (similar to intangibility/quantum tunneling…) and hydraxon a krana of vision because the tubes looked cool. 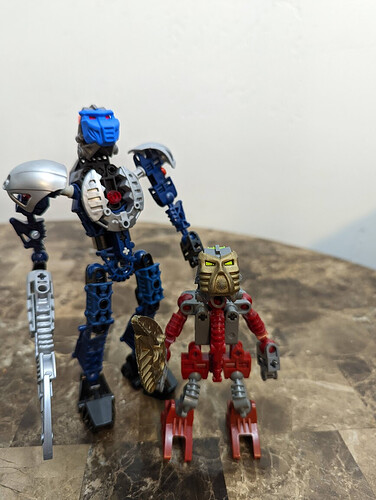 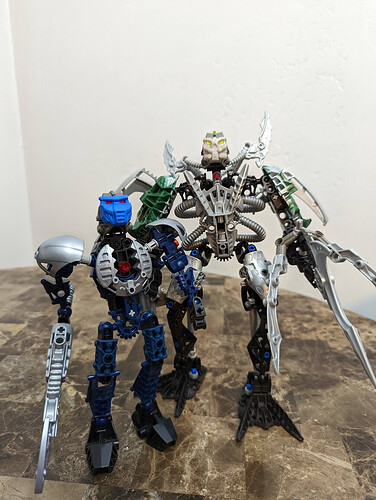 I also included Mavrah, Ihu, and the matoran Tuyet murdered in metru nui. I gave Ihu a white krana of vision as I think his foresight and guidance would fit an akaku. As for the matoran Tuyet murdered, I figure it would be interesting to allow her programming to put matoran in danger only if she was able to convince herself they would survive, so I gave them kanohi that would have let them survive had they been able to activate them, so a hau for the ta-matoran who got molten protodermis poured on him, a miru for the le-matoran who was dropped, and a kaukau for the ga-matoran who drowned. This gives the ta-matoran a krana of shielding, the le-matoran a krana of flight, and the gamatoran a krana of increased senses, stamina, etc… 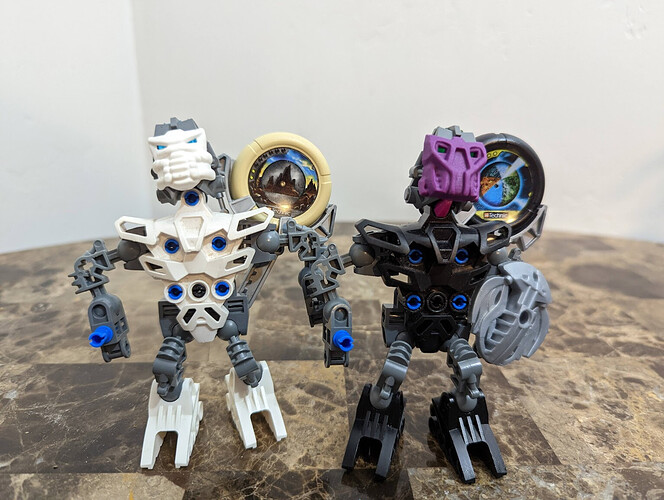 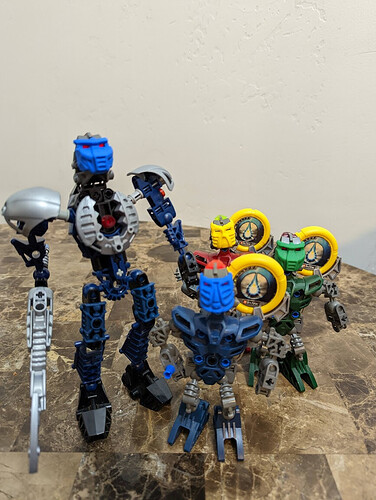 image870×1155 241 KB
Mavrah got the krana of strength for his pakari, though I think he would either have avoided it or overcome it to aid Kopaka and Pohatu.

And of course I had to include Guardian and hollow Takutanuva. Guardian got the same replacement for the kaukau, and I like how it looks more like an exposed brain. I almost went for a krana of strength for Takua’s Pakari, but decided to go for a krana of vision for his original Rau. (I might change that back, still debating.) 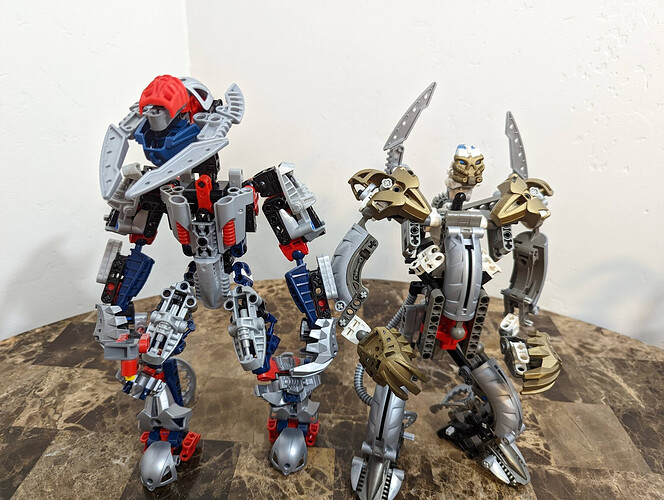 nice use of the the krana and piraka head!

ooh very interesting theory with the Krana! Mocs look pretty nice too, I like the parts use of the skakdi head for Jovan and the choice of Krana for the rest. neat job.