Big Papa is the first model of a line of genetic/robotic hybrid monstrosities. Poor unfortunate souls were tricked mutilated and experimented on. Replacing some of their body parts with mechanical parts and replacing their brain with a submissive programming that makes them a slave to whomever programmed the chip. For the mark one his original name was othahu, until they found him, Replacing his right arm with a adaptive arm that can take a multitude of weaponry (Rivet gun, Gatling gun, Double barrel break action shot gun, drill hand), replacing his left hand with a hand that send out surges of electricity, His lower legs with strong and powerful pure steel and gold lower legs, hooking a breathing apparatus into his chest/lungs/mouth turning him mute, and replacing his back/spinal cord with a hardened steel shell and system of wires and metal support beams. (Yes he’s obviously based off of the Big Daddy, specifically subject delta, from Bioshock) 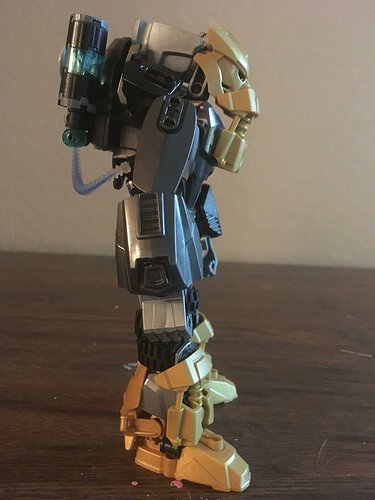 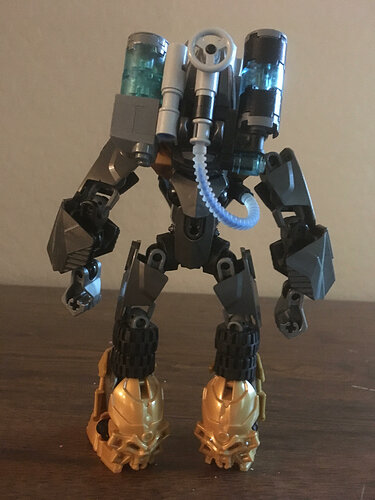 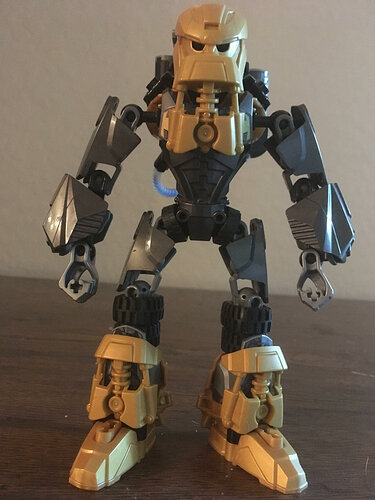 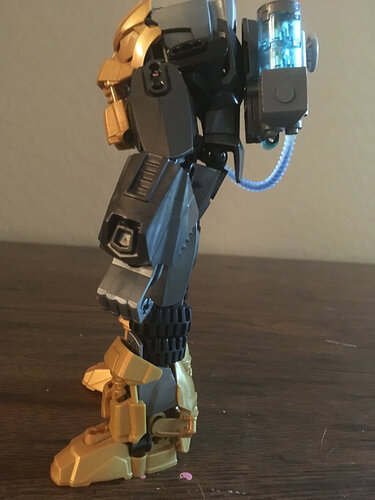 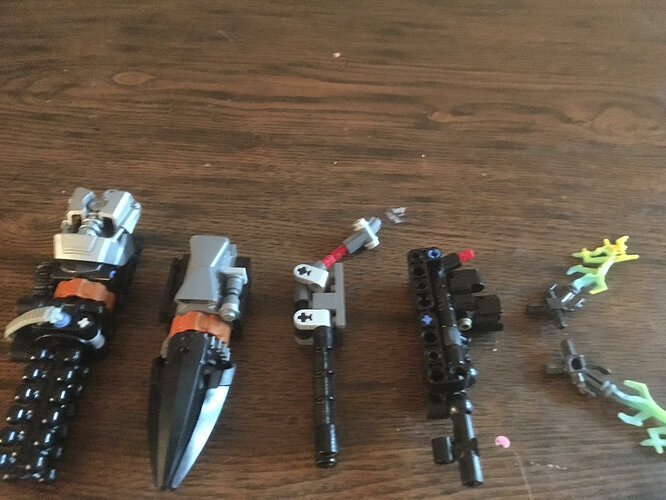 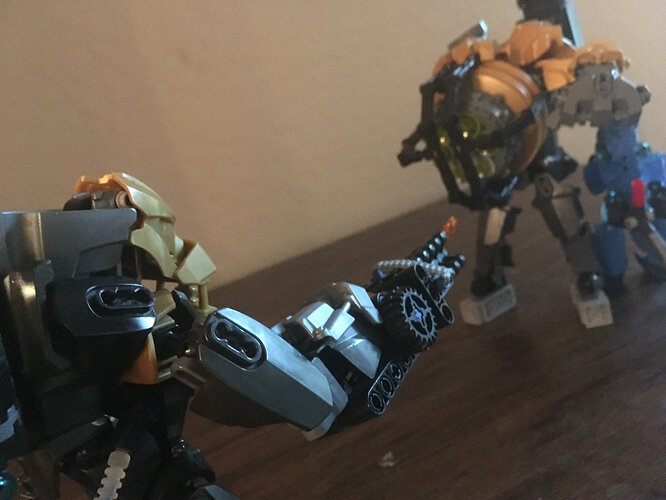 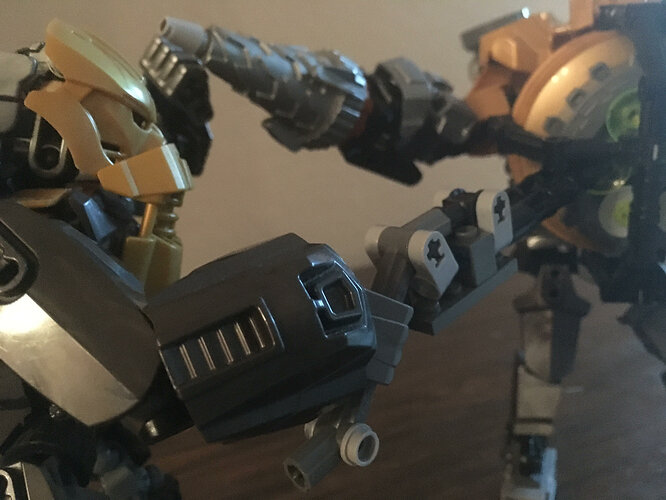 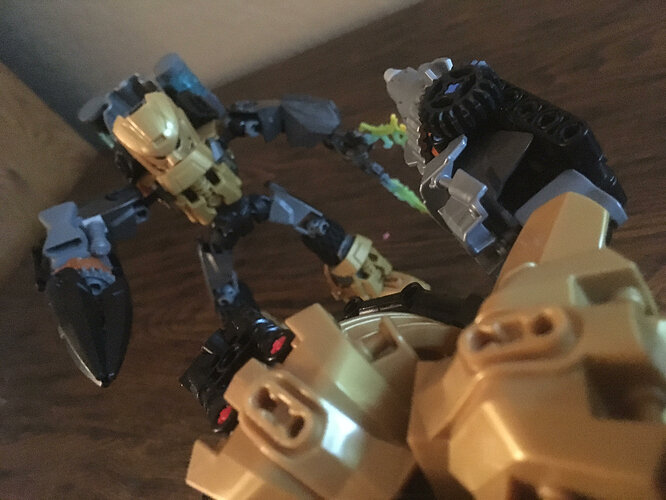 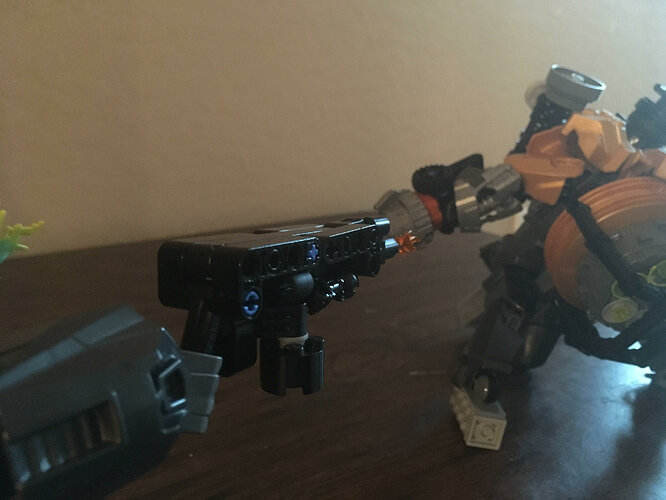 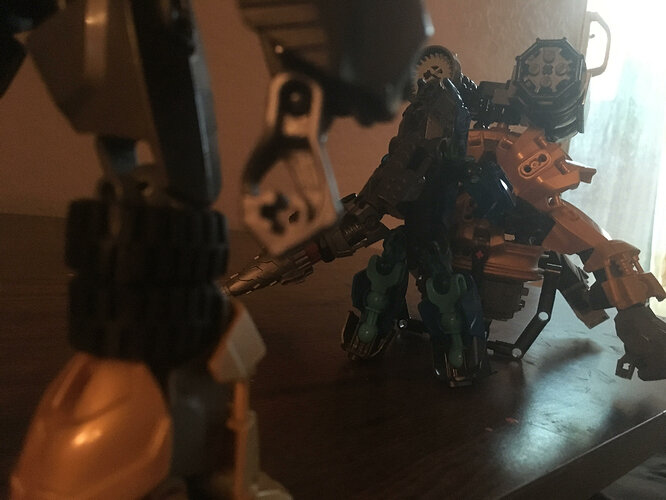 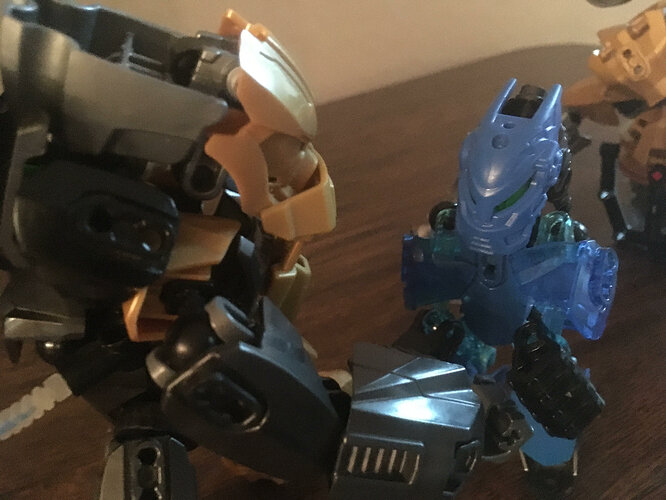 It’s an ok moc. And I love anything Bioshock so its got that going for it. And I love the flame thrower.

The way the armor and mask works is really awesome! The weapons look great! Well done!