Hey, guys! I decided i’d post these guys here, because I felt they needed some attention from more guys besides a few users on CBW and my brothers!

First off is Quarix the Draxtian. He is the last of his kind and is the guardian of the Staff of Time. Quarix hates Toa and the Matoran species because they killed off most of his kind.
His dragon-like species is sapient, and usually are found in multiple different colors. 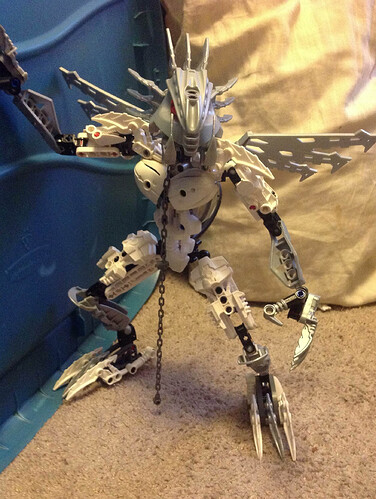 The next one up is a titaness named Sheydai! Sheydai is also a guardian of the Staff of Time. Nobody knows what exact species she is, but it has presumed that she might be from Axonn’s species. However, this is only rumored. 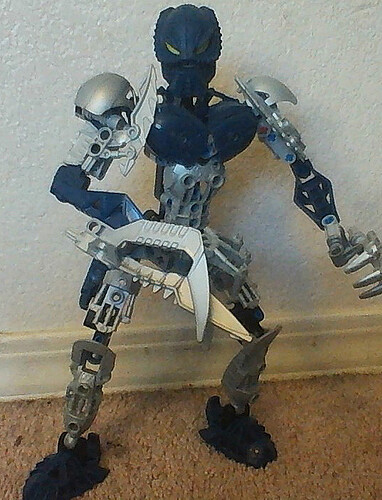 Also next comes a creature known as Vahlkii, who dubbed himself the King of Time (me and my brother call him “King Vahi”). He was created by a mysterious great being known as Viluu, and eventually tried to kill some of the inhabitants of the Matoran Universe. He is not on good terms with Quarix.
Also, this one was made by my brother, ToaKylerak! 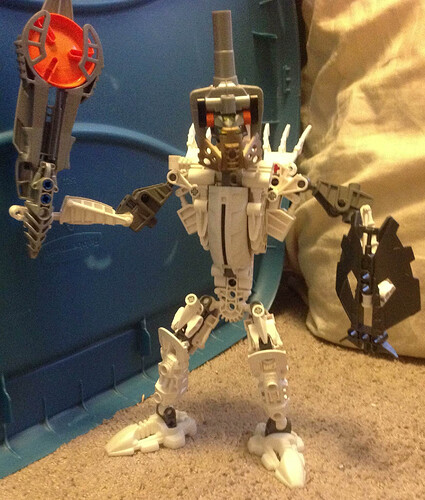 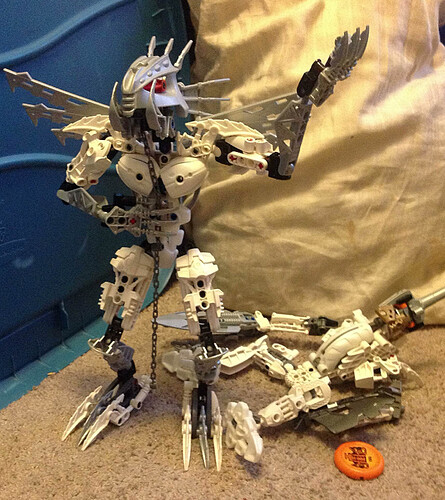 The final one is a Vortixx I made, named Carika. She was one of the first Vortixx to climb the Mountain, earning a high position in Xia. 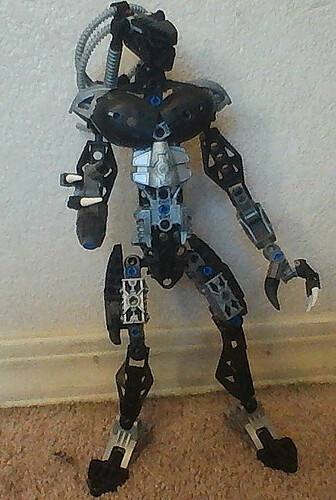 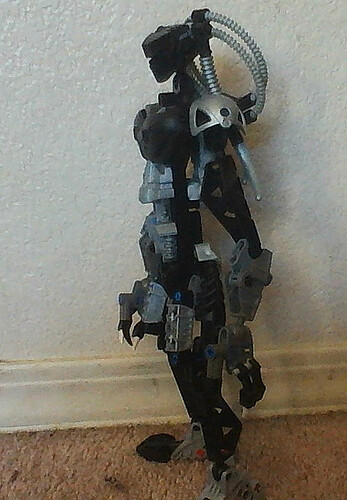 Well, that’s all I got for you guys! Take care, and may the Speed of Pohatu be with you, adventurer!

I love how you used the Rahkshi heads as armour. Very beautiful mocs. ~Detox

Thank you! I made everyone except the one wearing the Vahi.
The whole “Rahkshi head armor” was used for the pectoral muscles. I thought it looked good on Quarix, so when I made my two other female MOCs, I used it on them for breast plates.

Carika and Sheydai took the longest to make. Sheydai used custom shoulder armor, custom abdominals (it’s impossible to see under her arm, so you have to take my word for it). Carika has a completly custom body and hair design, and looking for those black finger pieces took FOREVER.

These are pretty sweet. I especially like Quarix; The legs are just wow.

Why do you have to post this? It’s not constructive or anything.