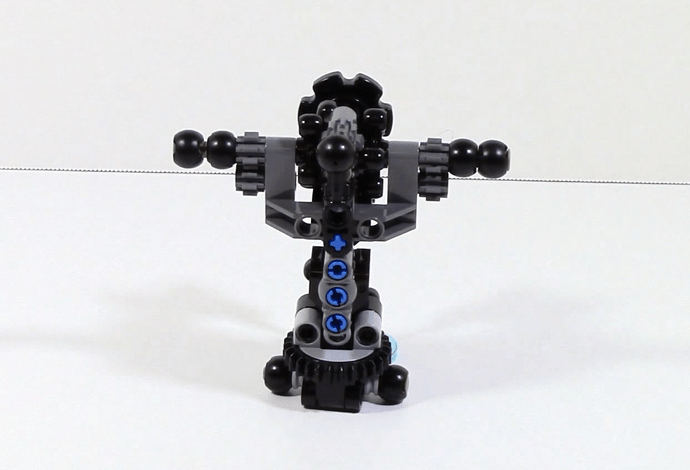 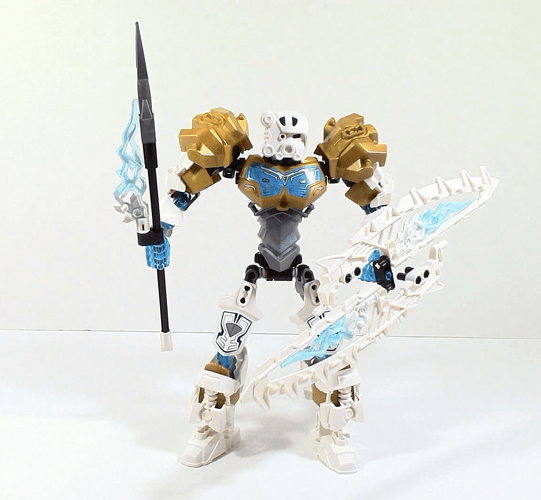 Looks good, although @LoganMcOwen did it first.

That is almost exactly the same as my design. I hope that’s just a coincidence.

Hmm…?
Have waist motion do you?

With everyone working off the same basic design with the same technic pieces available to them, chances are people would create similar designs. Its going to happen, just a fact of things. Not sure any one person should take credit for a design inspired by a pre-made official design, especially on the internet without knowledge of whether others have had the same idea prior.

Like making a sandcastle on the beach using a bucket and then claiming that you designed it - working off the same concept using the same types of pieces there is little room for variation;

####Its basic stuff it needs to include, working under these requirements you are kind of stuck with the idea that its going to turn out similar to someone else’s.

Would be interested to see how much variance can be achieved.

Also noticed in your video, that the gears seem a tad loose, any method of tightening them via additional gears or a locking mechanism?

I can very easily add one or 2 friction gears to keep the swivel function stiffer in multiple spots it would require just replacing a couple pins to accommodate the friction gears.

Any chance of seeing what that would look like?

Looks great? How’s the back coverage?

This is pretty awesome, I can barely notice it on Kopaka. Good job!