For those unaware, B-Daman is a line of Japanese marble shooting toys that have occasionally made their way west. When I was around 7-8, I was made aware of these by a friend and became infatuated with them. Due to my similar love of bionicle, I threw this here together. 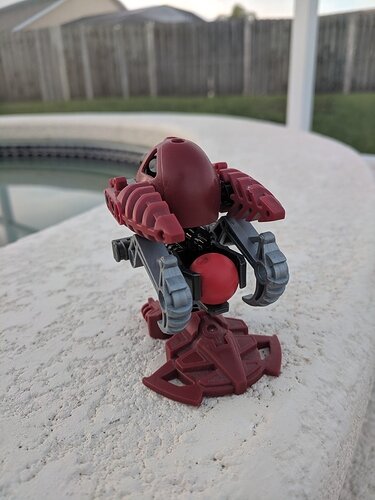 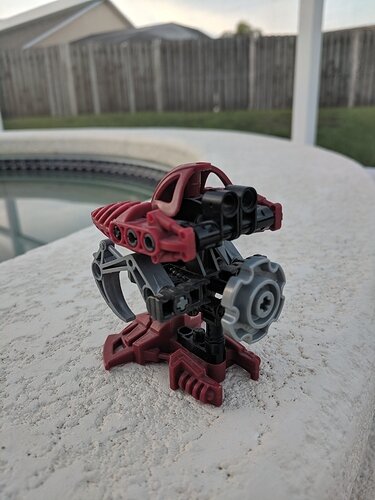 behind the zamor, the zamor still fits, and it gives a spot to put a rubber band. The nuva armor head does get kinda squished, but I’m not too worried about it. This has not been revised since I built it, even down to the exposed axle on the top of the foot. Despite it’s shortcomings(especially when compared to other’s efforts) I like it.
28 Likes
LegoDavid June 24, 2019, 8:13am #2

I don’t get what it’s supposed to be, but I kinda like it.

oh my god i remember these

Oh man. I remember these. I had the target shooting playset. I will definitely make some of these. If you could post a How-to for the firing mechanism, that would be great!

I took a couple more pics and a quick teardown, there core of the build is just a zamor launcher, it is literally 6 pieces and a rubber band. 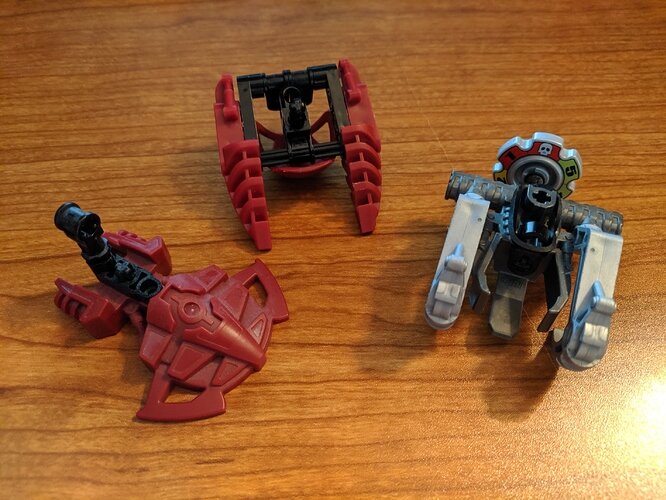 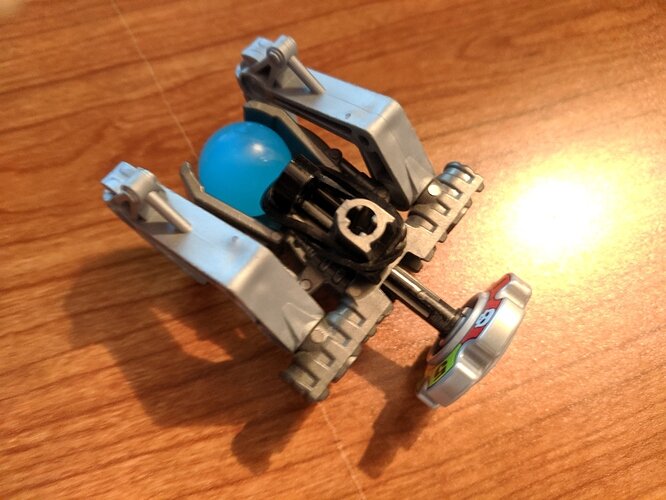 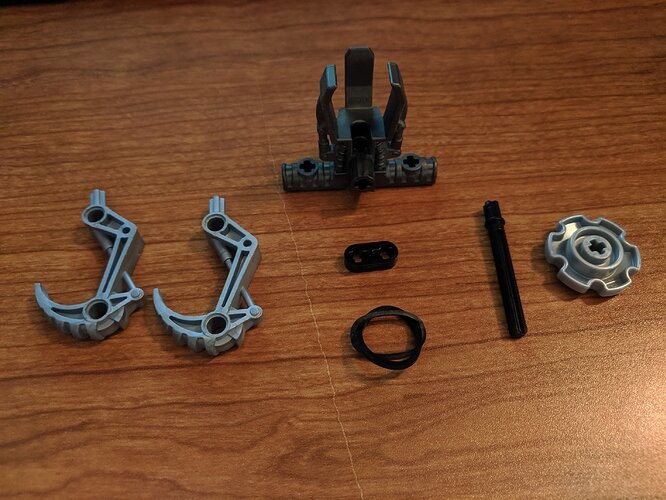 UPDATE!: I just assembled the launcher mechanism and it worked great! I might use this setup for any situation that doesn’t require more that 1 shot.

Yeah, that is the one problem with this build, not only does it only store one shot, the fit is too tight for another to just drop in. Another note, the little black piece that the rubber band hooks onto will slide back over time (Thanks to the rubber band) so keep an eye on it and push it back to the end of the axle when it gets out of hand.

yeah I figured out the single shot thing literally seconds after it was finished.

I assumed the rubber band assembly problem, just from my extensive use of them.

Thanks for the tips though.

Oh I remember these, very nice design, does remind me of one. 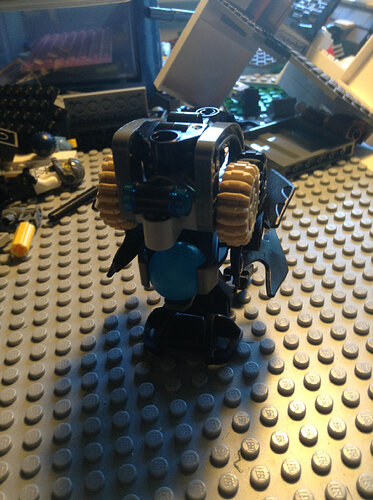 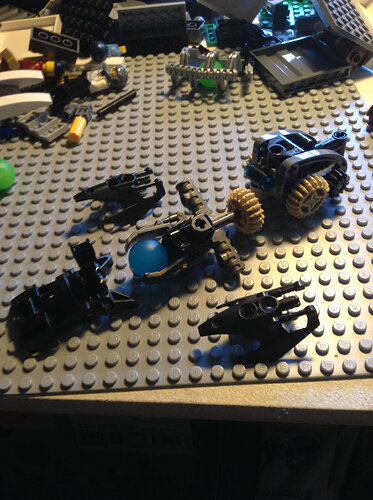 It’s kinda klunky, but it works.

Nice! I like the vorox armor on the sides. I would be concerned as to how you hold it with such spiky arms, and it looks like reloading is even more of an issue now, but hey, it looks great!

I like it. They look pretty nice and fit the vibe of BDaman. I watched one of the English dubs of one of the shows a couple years back. i can’t remember if it was a good dub though

actually, It’s pretty easy. because of how the upper assembly is built, it flexes just enought to allow the ball to slide in.