BIONICLE Canon Contest #1: The First: Entry: Helryx, hardened in a thousand of battles 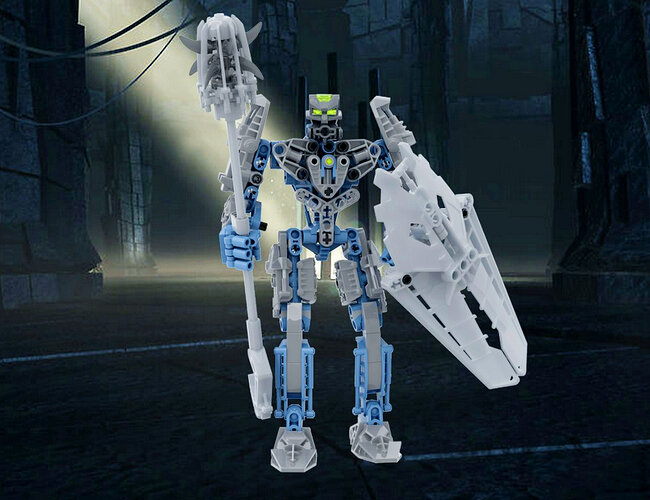 Model includes 207 pieces, it is as hight as most of the glatorian and 2007-2008 toa. Primary colors are medium blue, flat silver and pearl light gray. All the connectors are black for it to look more realistic. Many pieces were not released in colors used. I did not include any mask because i am not a 3d modeler and did not want use any existing mask - I rather leave the mask making for second part of the contest. It was made in Stud.io, bigger part of photos were not edited in a redactor.

My idea was like that: first Matoran created were resembling agori. So, first Toa ever created should resemble Glatorian. But we already have seen some of the first Toa - Toa Mata. So i thought model should be a combination: limbs of a Glatorian and body of a Toa Mata. 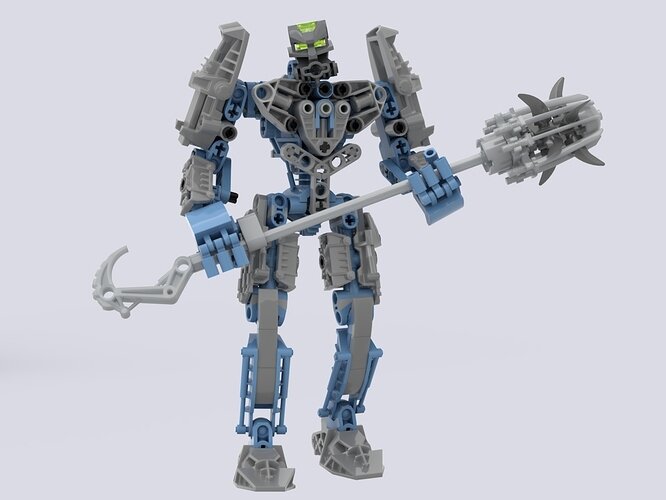 About her canon features: she is blue, but, due to her ancientry, it is not bright and happy classical blue, but some dusted and faded medium blue. 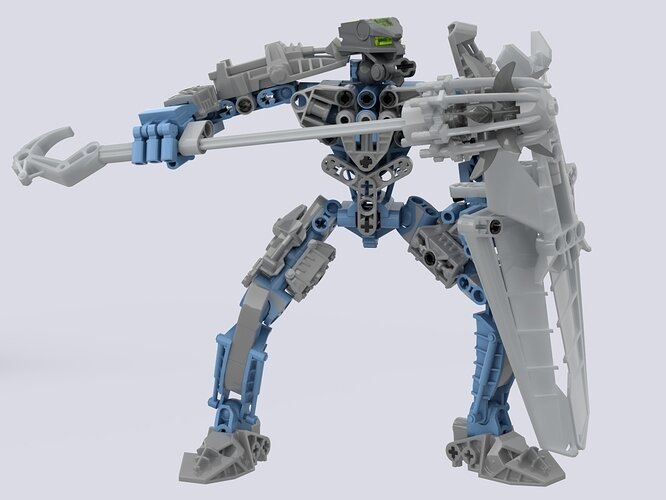 Mace and shield are more light colored than armor - protosteel shines brightly even after all these years. 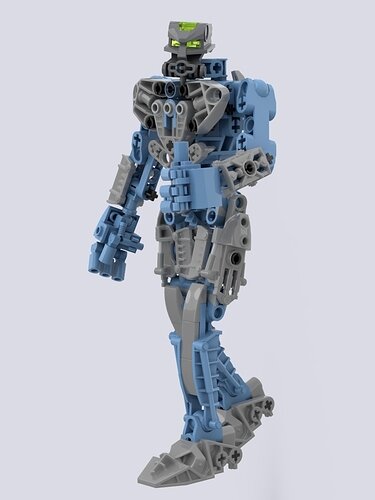 You may say that she is too bulky, but that is only because of shoulder armor. On this photo you can see that she actually thin and even a bit frail. I also tried to show that by using small pieces of armor. This the weakest point of MOC, though. 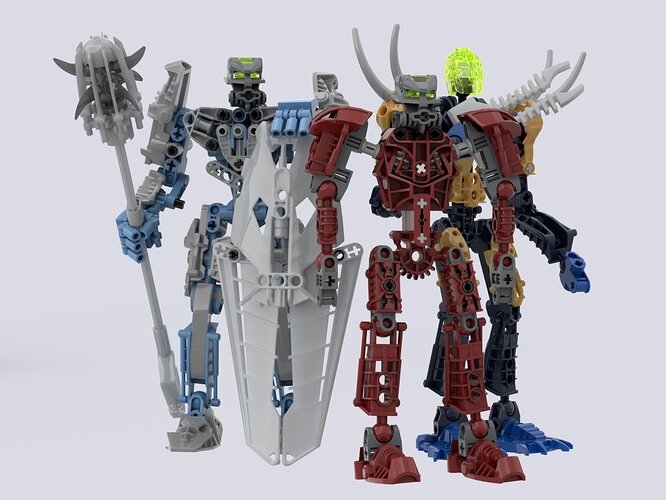 Here is size comparision photo. Also you can see that she looks pretty good in company of Tarix and Vakama in terms of style. 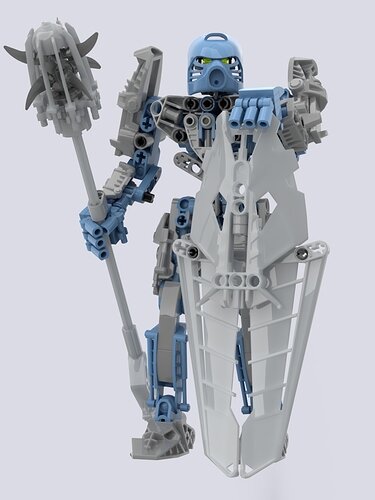 Photo with a mask. This is not a Mask of Psychometry, but just a Hau to see how she looks in a mask.

And there are some edited and beautiful photos: 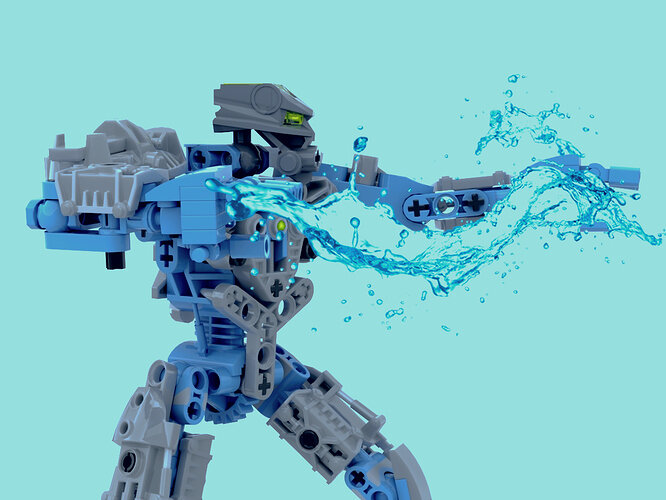 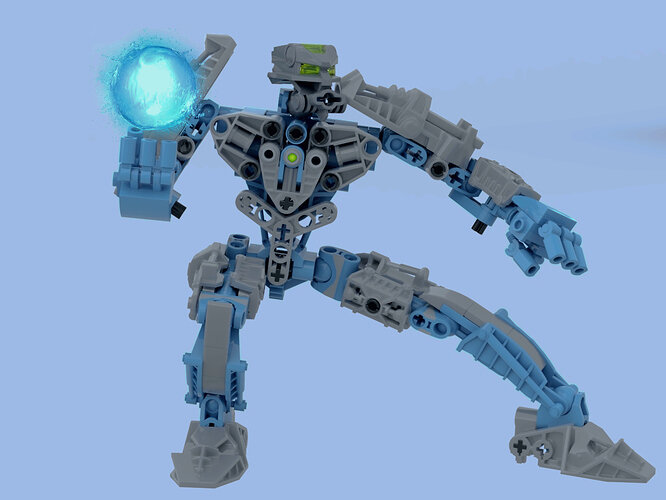 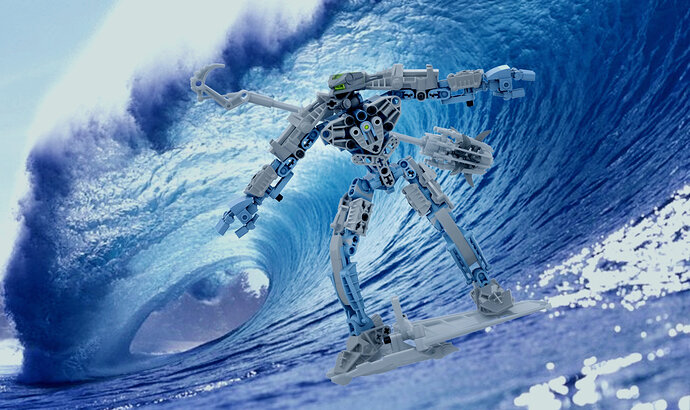 Toa of water, isn’t she?

Here you can see instruction (breakdown) and front/side/back photos. And here is the stud.io file (i do not know if this link works properly though). Additional parts i have used are here.
Also, these are screenshots from Stud.io with collision detector on that show that all connections are legal and all parts are attached to model. 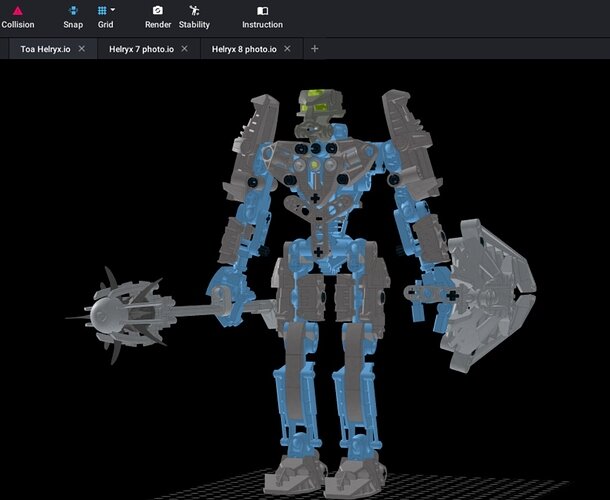 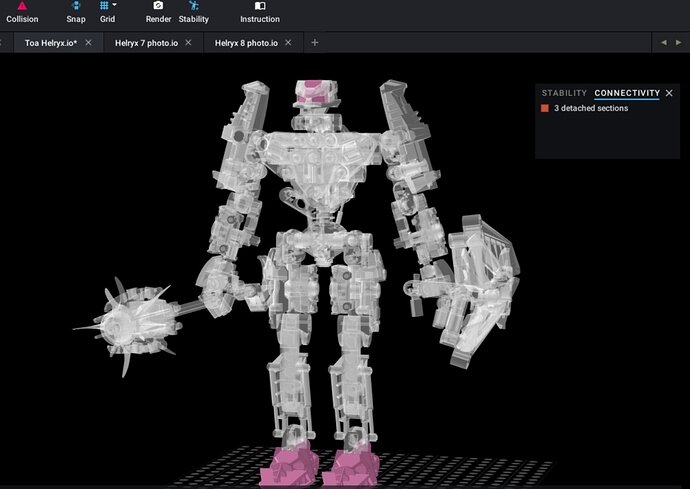 Only exceptions are feet that are good connected, but that isbecause Stud.io has some bugs, and head which is not an official part from Stud.io and there is no place for 2m axle which should normally be there. This is not cheating but bugs in the program. 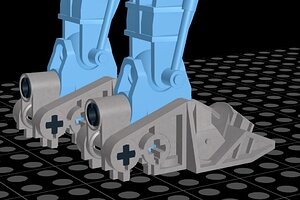 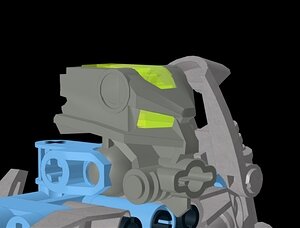 Some good man said that link does not work (all is smooth on my ccomputer, though), so i add those images to here (there are still some more in link): 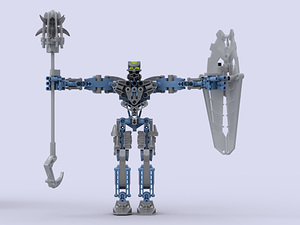 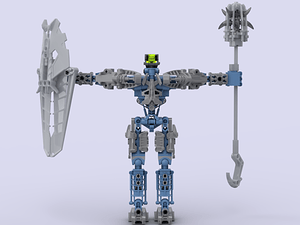 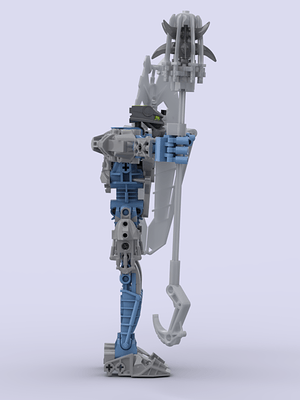 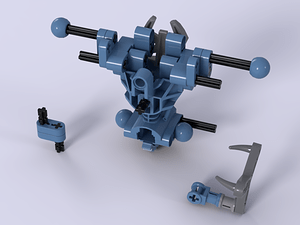 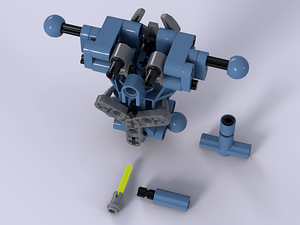 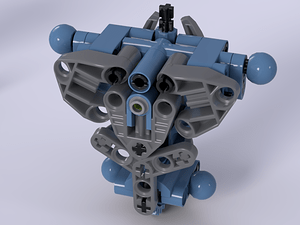 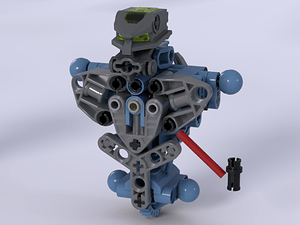 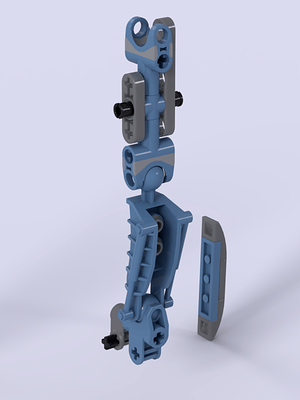 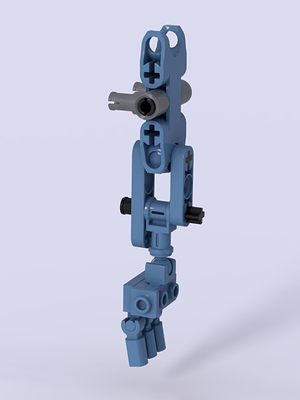 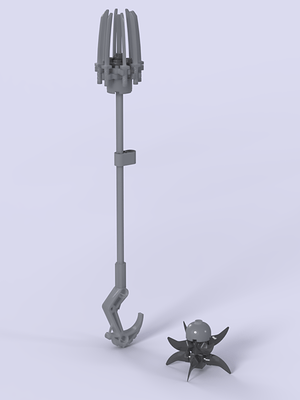 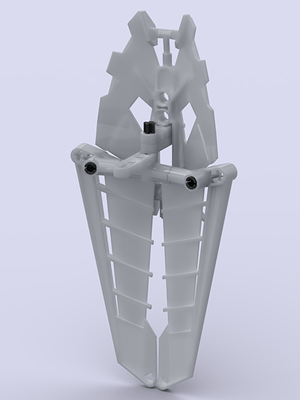 I hope you enjoy that MOC. If you have any recomedations i will gladly listen to them. Good luck everyone, live long and prosper.

I’m not particularly convinced on the colour scheme, honestly. I commend the uniqueness of that light blue, but it’s very scant and difficult to see next to the overabundance of grey and silver (and are these pieces you’ve used even available in that colour? I struggle to remember a set where they would be, which would definitely be a damper on MOCists wanting to build this).

However, in the way of actual build, this is probably one of my favourites so far. She looks frail, without being comically skinny, her build is distinct, but not overly greebled or alien to the G1 BIONICLE aesthetic, and her weapons are also incredibly solid-looking. I also see that you snuck in a Mata body into the torso build, but didn’t make the mistake of relying on it to solely make the torso because of how ridiculously small it is compared to later pieces.

If you made a version with say, Mata or Metru blue, this would absolutely have my vote.

Another thing, that Flickr link showing the deconstruction and back shots seems to be busted, so you’ll probably need to fix that (personally I’d love to see how the back looks and compares to the rest).

If you made a version with say, Mata or Metru blue, this would absolutely have my vote.

I may have to agree. Regardless, this certainly has a spot in my top three.

As was said, a very daring color scheme, and a super appealing build. Everything flows really nicely, and it looks Bionicle.

Regardless this certainly has a spot in my top three.

I’d have to agree there honestly

A good build, at first glance, is the one you look at and say “Yes, that looks like the character I pictured.” A bad build is one that you say “No, I can’t see that being ___ no matter how hard I try.”

This is neither of those things. This is a build you look at and it looks nothing at all like the picture in your head, but then, as you keep looking at it, it starts to look better than that picture. This is not a bad Helryx, and it’s not a good Helryx, either.

This is a great Helryx.

This MOC knows how far it can push with unfamiliar techniques (like those hands) and how close it needs to keep to the aesthetic. It pushes the boundaries enough to be original and unique, but not so much that it looks like something completely different.

I know some people have complained about the colour scheme, but I really really like it. We’ve seen Toa of Water in plenty of different shades, but not nearly as many as the Ga-Matoran of Mata-Nui, so it’s nice to see some more in-element diversity without pushing it too far (there’s a lot of green on some entries, for example). It suits an ancient character, too. Really smart choice, and it’s won me over.

Weapons are outstanding, too. Having a Gali hook capping off the mace, while probably not intentional, makes for a really cool “first toa of water” symbolism thing. I wouldn’t want to find myself on the spiked end of it, either - well built, clearly a mace, and a believable weapon.
Shield is amazing - simple, yet original, and has an awesome silhouette. Looks almost Bio-Medieval, which if there’s any character who can pull that look off, it’s Helryx.

Also probably one of the very rare builds that seem to have gotten the physique just right - “frail” is a very subjective term, and it’s hard to make her look warlike and weary, but this nails both looks. She could be smashing through legions of Rahkshi, or sighing with exhausting in her chamber on Daxia. Contrary to what I thought at first glace, she’s actually really well in scale with official sets, too, which wins bonus points.

You’ve also made her look like a female Toa without having to resort to cliches to indicate that - something even official set designers struggled with immensely. She looks like an old, battle-hardened warrior - some sort of medieval war-maiden - she looks like, well, Helryx.

Every in-story scene she is depicted in I could visualize this MOC in. If it’s not clear already by how much I’ve rambled on about it, it’s growing on me very quickly. Looks, quite frankly, awesome in pose, and Bionicle next to other characters.

I’m tentatively saying this is my favourite so far. I have no negative feedback. Congratulations, and best of luck!

Thank you very much ror such a detailed comment, @Toa-of-Snow. I was very glad to read it. In fact, I have tried to balance between cool modern build and G1 style. Gali’s hook is meant to be a piece of armor, but it hadn’t, so I included it in the model the way how it is. Medieval looking toa also was part of the concept (I even think that mask should also be similar to Vladek’s helm from the Kingdom castle lego theme).

To answer @TheMightyObsidianDude: in the post I said that, unfortunately, many pieces are not available in colors used. Also I added some photos and one more link, so you can try them. And, just to mention it: I had a classical blue variant, but it was not as as good as this one, trust me. 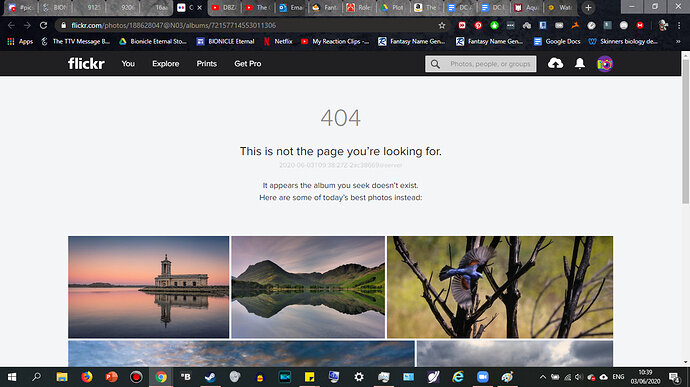 Heh, well, this is just embarrassing at this point

And I see now that you did mention most of the parts aren’t available in those colours at the top now, which is… unfortunate, I think. While I personally probably won’t attempt to build this as my library of G1 parts is limited at best, I’m sure there are many who will, and the fact that they will have to break out the paints for some fairly major and fairly detailed parts is probably going to be another strike on this from me, I’m afraid (though I do admit, seeing it from these other angles has started to make the colours appeal to me a little more).

The design of the weapons in awesome, and you perfectly integrated a mata torso into a custom torso. well done and best of luck!

Brilliant way of “extending” the Mata gearbox/torso upwards with Technic elements while keeping the overall shape and style of it! Also, the triangular liftarm on the lower torso works really well as a “prototype-ish” armor

I like how the Mata torso is worked into the build. Overall, this is a top-tier entry. The mace is definitely the best I’ve seen so far. I also appreciate the system elements in the legs.

Usually it’s the shield I like see the designs for, but in this MOC, it’s definitely the mace that wins for me. It’s just awesome.