Here is my entry to the Helryx canonization contest. 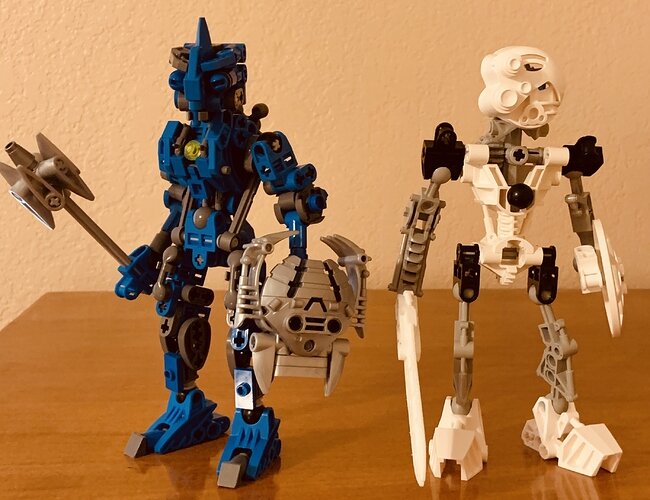 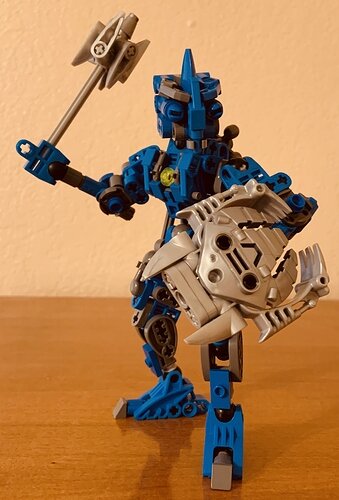 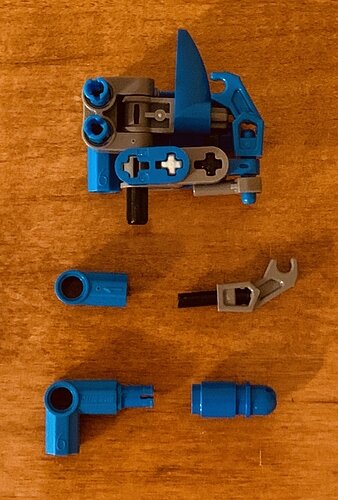 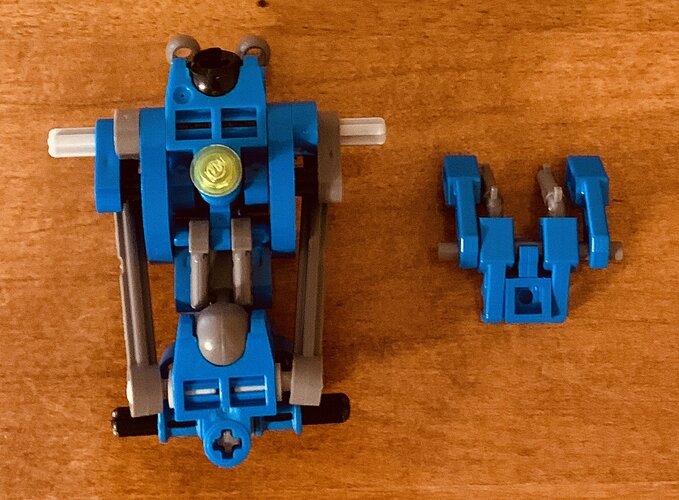 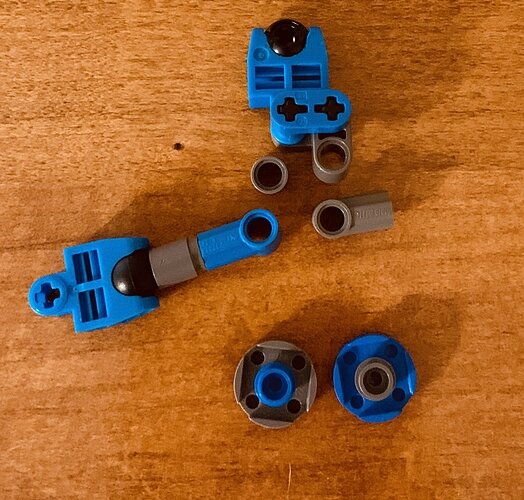 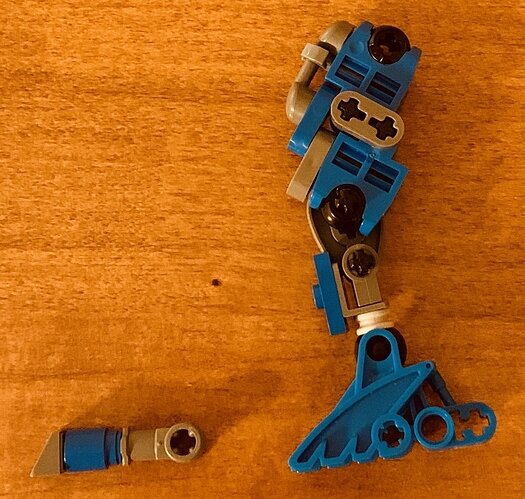 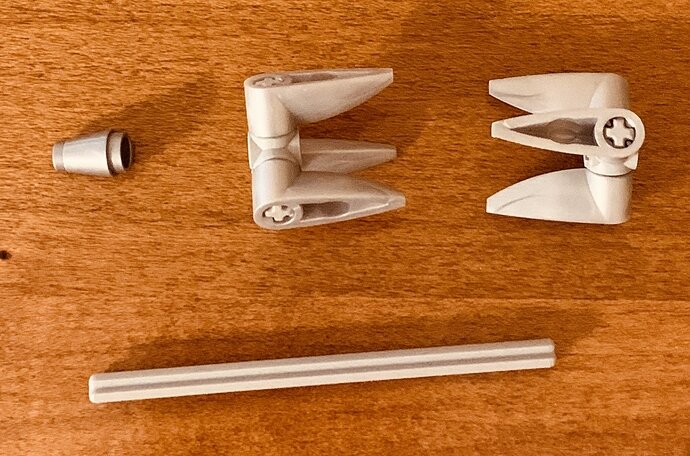 I have seen tons of great entries so far. However, while mine definitely isn’t the most visually pleasing or most well built, I think it is the best canonical representation so far, for multiple reasons.

Colors: There’s nothing in canon that says which shade of blue to use, but I decided that this shade works best. Though not an in universe explanation, it gives a sense of age because LEGO had not used dark blue in the first year or so of BIONICLE. Also, the grey indicates battle scars. Remember that its not directly from aging according to Greg.

Mask: Obviously since there is no canon depiction of the Mask of Psychometry, I had to take creative license with it. I chose a custom built head for two reasons: to avoid the 3D model debate, and allow for more detailing that otherwise wouldn’t be possible.

Body: Helryx resembles a Toa Mata build, so I tried to stay as true to that as possible. Like the mask, I also used a lot of Systems pieces here for detail, but also because her armor is described as unrecognizable to Takanuva. Going with a custom body also emphasizes the “prototype” look.

Weapons: Nothing special here, I just made a custom spiked mace and shield that I thought fit well. The one thing I do want to mention is that some entries I’ve seen have made her weapons colors like blue and black. They’re made of protosteel, and we haven’t seen a protosteel weapon in canon any other color than silver (I checked, and only the vehicles, masks, armor are other colors, but weapons are just silver).

I think one of the pictures isn’t there. Very nice build tho, intricate design, I especially like the waist hydraulics.

Accidentally hit submit before I was done. Should be all there now.

Thanks. Your reasoning for the design choices is good.

It doesn’t look much like a Toa IMO, but it is a neat custom build.

That’s quite a complex build for a MOC so small in scale!

Wonderful design! Love the mask too

That macehead is awesom yet so simple! nice build too