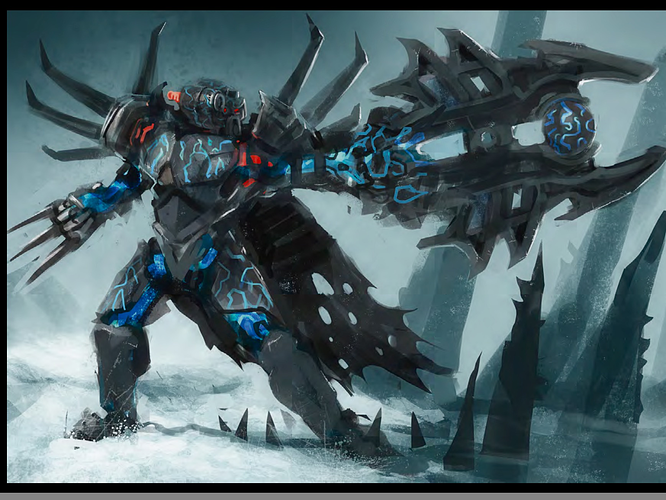 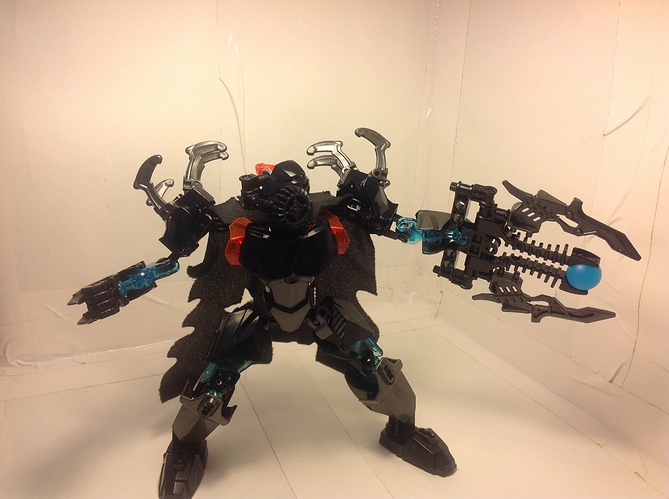 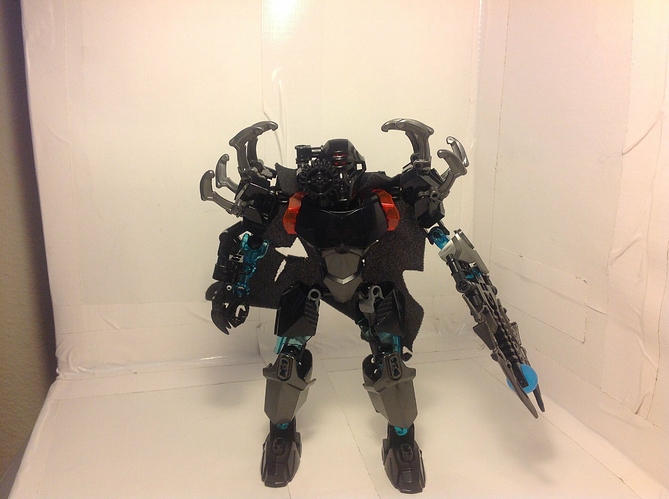 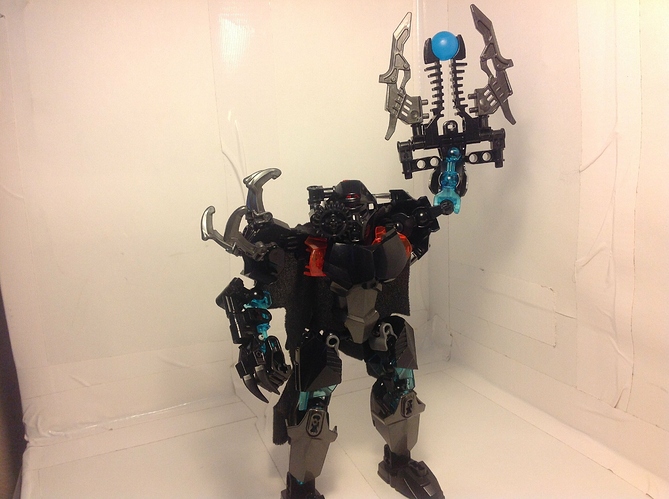 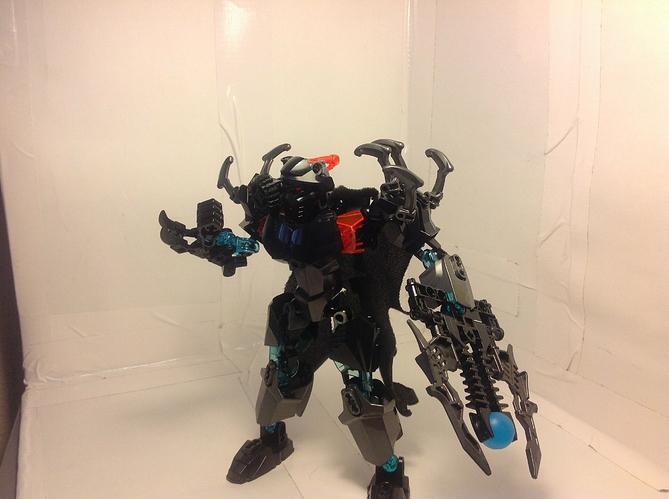 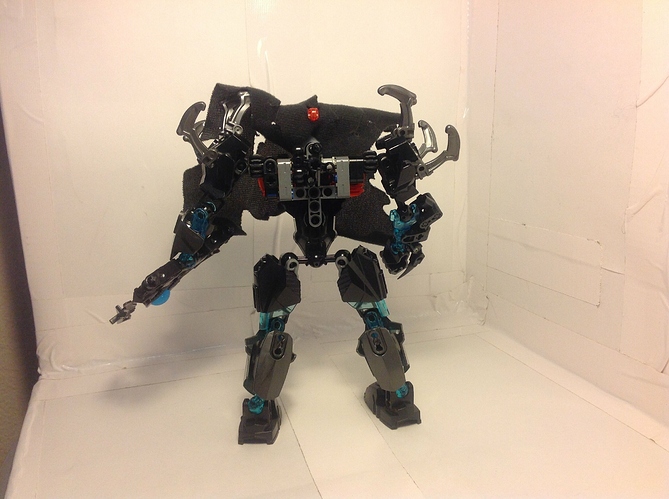 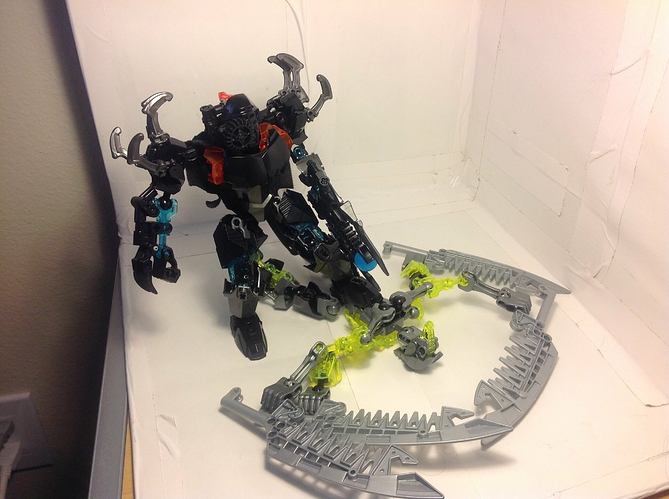 Very nice. Pretty accurate. Though a painted Kopaka 2015 mask would be the finishing touch.

Yeah it would. I just don’t like painting or cutting in case I need the part in its original color.

Asriel; I haven’t laid to much attention to the fandom so I only went off of what the art named it.

it’s Dark ice Kopaka, welp, looks good for not having any modified piece

He’s like Core Hunter but edgier, he’s even got (in Ven’s voice) Shredder Claws!

I think the general outline is ‘alright’ but i would swich a few things.

For example, his claw; 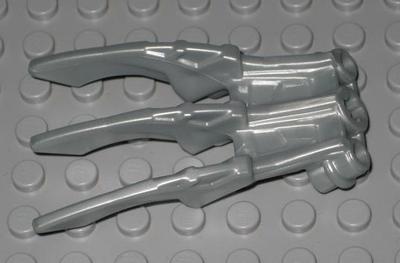 Other than that it looks alright for thepieces available. A black Kopaka head would probably help, but i can understand now wanting to paint it.

I get the feeling this was concept for the 2017 villain and/or an Umarak variation given another piece of Umarak concept art has a zamor sphere.

Well it wasn’t listed at all. I guess the name came from the fact it looks like a dark kopaka.