Has it begun?
People are making entries, but I’ve seen no post saying "the art portion has begun; they’ve only posted the rules.

i think additionally, there should be additional/altered rules for each individual character and contest. Because making a single one-size-fits-all ruleset for the entire contest would be incredibly ambitious and difficult.
In my opinion, it would be easier to keep the current rules we have now, and tack on some extra rules that are specified and tailored for whatever character there is a contest for.

Yes they posted the rules, and Eljay made a post in this topic expplaining them. I think that marked the beginning of the art portion? To be honest it is a bit unclear, but I have already seen 2 entries so…

Thank you for clarifying

I don’t want to look impatient, and I understand that preparations of the art contest take their time, but I feel kinda ignored

Are all the art contest deadlines past? Can we still enter any art contest? When are the deadlines? How do we enter? Thanks.

It hasn’t started yet

You can read the rules at the start of this topic.

how much MOC can be altered on a drawing? I do not see any rules regarding that :(. Like will it be ok if (I am about Helryx) move those tubes from “chin” to head sides? Or move shield from fist to elbow? Or change Mata-like fists on a Glatorian-like ones?

Do not change the appearance of actual pieces, aside from the mask. Moving pieces should be fine and slight visual differences/artistic interpretation are also fine. Anything else is gonna need to be case-by-case.

If a model wields a placeholder mask should it be legally connected to a model? I just wanted to use glatorian helmets on bionicle heads while still keeping the eye piece. like it is just a piece that would be removed/redesigned in the art contest, so I think it is not really important on how to connect it. Or it would be beter to correct the piece in part designer so it will fall under custom pieces?

Design it however you want.

Also, does link to part designer file count as “link to the free source for the piece”?

So does this does mean that I need to make front/back/breakdown images of Double’s MoC for the art contest, including my rendition of the Mask of Psychometry?

Say, for example, I followed my first inclination and broke as many rules as I could with a piece of art, with no intentions of it being considered as a serious entry, would I get a warning? Would the situation be different if I pretended it was an entry but never added it to the submission thread? (Which, I would not have done if my goal was to break as many rules as possible.)

Your entry would be disqualified, but no warning. Repeated offensives and active attempts to be disruptive may result in a warning and further reprimand, though.

I know the current discussion is focused on the Art stuff, but I did want to ask for a clarification on one of the MoC contest rules.

10. We encourage MOCs representing canister-sized figures to attempt to adhere to the standard canister set size as of 2009, which would be 9 inches, or 22.9 centimeters . To stress, this is a guideline, it is not a rule. You can make your entry however tall you want it to be.

My MoC for one of the upcoming characters has wound up being more at titan set scale, though according to BS01 the character is actually closer to a Toa in size. However, given that Bionicle’s scale shifted over time (Toa Mata vs Toa Inika vs G2 Masters) and this rule is stated to be more of a guideline than a requirement, would it be acceptable for me to enter the MoC as is and just say upfront that they’re not meant to be in scale with official sets? Or should I rebuild it smaller to be more accurate?

@ColdGoldLazarus, there are already were one or two Helryx MOCs in titan scale, and rule itself says that this is a “guideline” so I think your MOC would be ok. I am not a specialist, though.
And, again, I have a question (I think it already was answered, but couldn’t find it even with search

Uploaded a building tutorial for the custom head I used on my Helryx MOC. 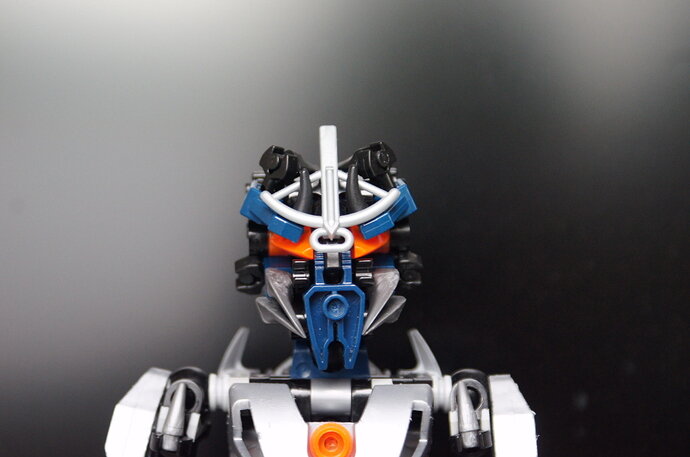 From now on, people are free to use it however they like for all following contests, both as inspiration for art and for use on MOCs. Modifiying it is also allowed. Just give me credit when using it.

Also it should go without saying, but of course you’re also free to use it for non-contest stuff if you want.

In the future I’ll maybe also provide a Mask of Creation custom head, given that I’m not planning to enter the Artakha contest. Still have to see about that.

If the mask design is asymmetric, do we need a profile of both sides?

Does the mask drawing need to be in the same style as the figure drawing?

Not necessarily, but they should look like the same design, of course.

I know we can’t have the drawing feature other characters alongside Helryx, but could we, say, have her leading a legion of exotoa into battle, or fighting a Rahkshi, since those aren’t ‘characters’ (I’m mainly concerned about the exotoa)?

Let’s go with case-by-case, but yes for now. The main thing to avoid is Helryx being obscured.

Okay, so I take it I need front, back, and profile of the Mask of Psychometry, and then a drawing of Double’s MoC wearing it, from the front. Is this correct?

A minimum of two (2) images must be provided. One of the mask, containing the front, side, and top view, and one of the winning MOC wearing it.

As for the angle of the mask being worn, either the front or side view would be fine.

Are there any rules against adding a tiny bit of muscle/organic tissue in some places, like we saw in the movies? Greg has said before that they might have them both outside and inside their bodies, but I don’t know about the ratio. I love Vrahno’s take on it, personally.

I think they’re 85% mechanical, 15% organic, and Glatorian are the opposite.

Okay, question: So I could be misremembering, but I thought I read in one thread or another that the upcoming contests were potentially going to be rearranged, with Artakha no longer being next up. Is this the case? And if so, will an updated order be published?

Someone can correct me if I’m wrong, but I believe the order of the contests get voted on?