Nathan Furst, the genius behind the soundtracks of the first three BIONICLE movies, has posted this today on his Facebook page. It seems we'll be getting a remastered anniversary release of the Mask of Light score!

Furst mentioned in the photo's comments that this will be a digital, fully remastered release of the full score (approx. 16 tracks) and will be available on iTunes, Amazon, and other major sites, with a pre-order date coming soon.

And here's an extra tidbit: Furst also stated in the comments that, "If all goes well, there is a plan to release the others [soundtracks]. While LOMN was lost, it's been recently, at least partially, recovered."

I for one adore the BIONICLE movies' soundtracks, as they consist of some of the most nostalgic and memorable tunes from my childhood. I'm unbelievably excited for this - can't wait!

Nathan Furst has revealed the pre-order for the soundtrack to be March 4th (not far off!). He has also stated that the release will consist of approx. one hour and seven minutes of music (again, the complete score).

Preorders are up, everybody! And a day early, too... how bout that? 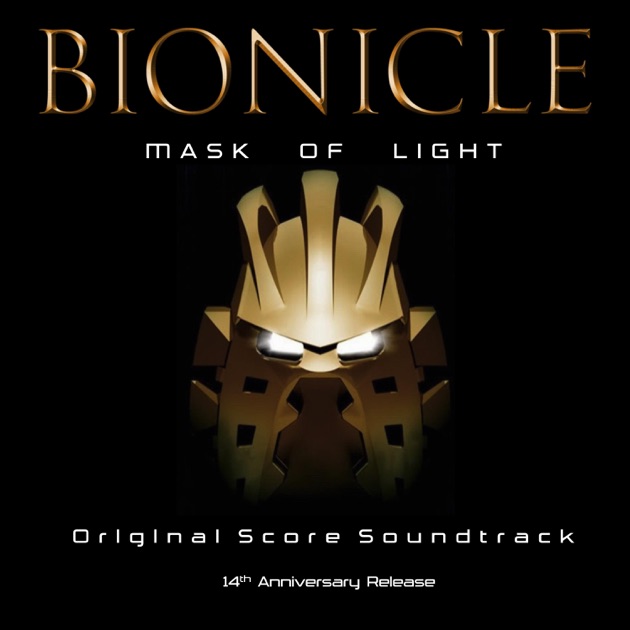 Listen to songs from the album Bionicle: Mask of Light (Original Soundtrack) [14th Anniversary], including "Legend of the Bionicle," "A Great Kanohi Mask," "Our New Koli Field," and many more. Buy the album for $10.99. Songs start at $1.29. Free with...

Only a week after preorders and the soundtrack is already available! Go pick it up using the links provided above! (Also available from other sites.)

I've been waiting for this since 2003

YES. ALL THE YES. I NEVER THOUGHT THIS DAY WOULD HAPPEN. NEED NOOOOOOOWWWWWW. THANK YOU NATHAN FURST!

Wow. I can't believe this has happened.I really hope we get scores for LoMN and WoS as well. I think this is a must buy for BIONICLE fans.

Not that I'm complaining mind, the mol soundtrack is one of my favorite movie soundtracks.

I actually thought the same thing when I first saw the image. It does seem like a weird anniversary date to choose, but at least it means we'll be getting it sooner.

Awesome. I really hope the song that plays during Takua's transformation ends up on it.

I am hyped, I've wished that there was a full soundtrack for a long time

Yes, so getting this!

Yes! I'm downloading that the second it comes out on preorder!

Cryoshell is coming back AND we're getting the complete MoL soundtrack?
Why can't LEGO have this sort of commitment?

We finally have the official names!

Preorders are up, everybody!

Preview, buy, and download songs from the album Bionicle: Mask of Light (Original Soundtrack) [14th Anniversary], including ”Legend of the Bionicle,” ”A Great Kanohi Mask,” ”Our New Koli Field,” and many more. Buy the album for $10.99.

There's the BioMedia Project Movie Soundtrack download, but some of it isn't the original. Like one of my favorite pieces Time, from Legends of Metru Nui isn't the same as the movie.

I need money and quick!

It's out now my peeps! (And it sounds amazing.)

It's out now my peeps! (And it sounds amazing.)

Can confirm! It's out, everybody! Go and buy it using the links provided in the first post!