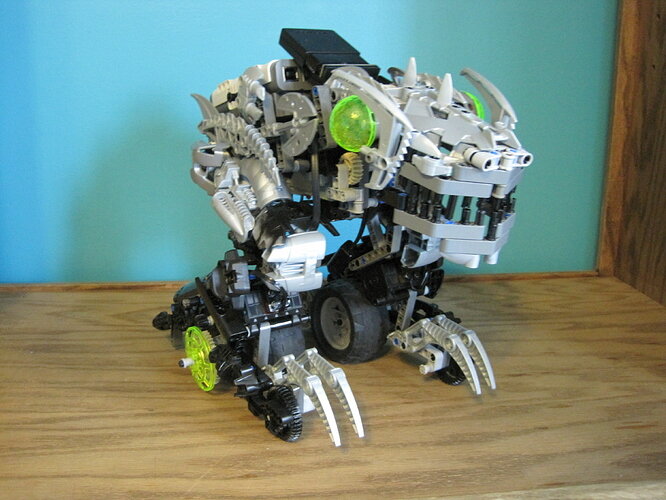 This is an old Moc of mine, and probably my favorite thing I’ve built. So from around 2008-2010 I worked at one of the hybrid Lego store/Education centers as a teacher doing robotics classes, which inspired me to get my own NXT set. Eventually it ended up integrated into the rest of my collection, to awesome effect. 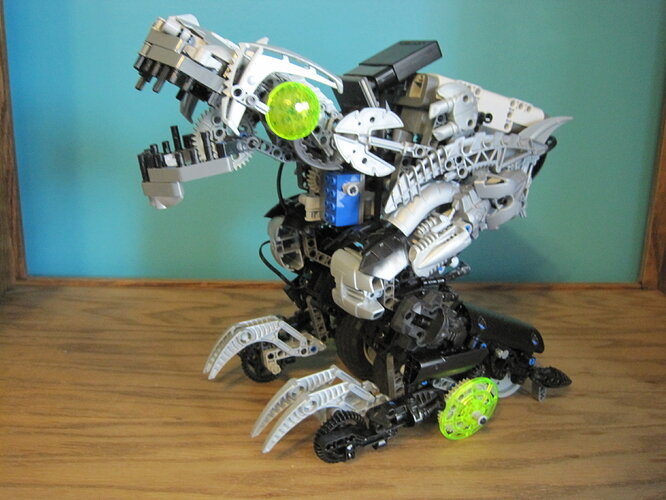 This one here runs both the Mindstorms NXT and the smart motor from the DDK. In the feet are the motors from a Technic RC car, so it got around pretty fast. The mouth also opened and closed, geared together a bit like the Bahrag. Best of all, the whole thing was controlled by a wireless PS2 controller! 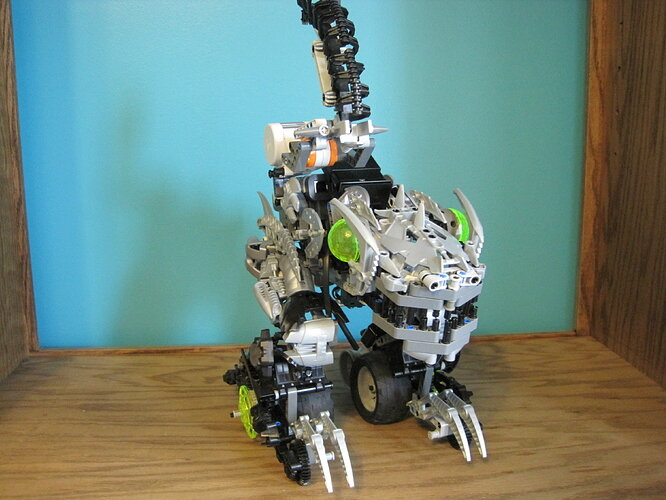 It also had a removable motorized Zamor launcher, which was so much fun I implemented it into the robotics classes at the store. Everyone had a blast! (hehe) 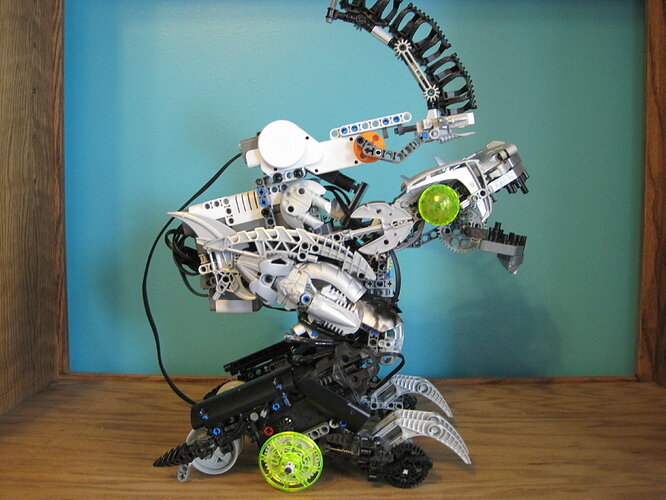 I really think that this moc wouldn’t have worked without all the BIonicle parts. They really helped add a lot to the aesthetic , in a way that I couldn’t have done with pure technic. Gives it a robot-animal vibe, maybe like the Manas?

So have any of you guys done something like this, a Bionicle-Mindstorms hybrid? Or electronic/RC Bionicle mocs?

two things:
by DDK, do you mean droid developer kit? (you can do some fun stuff with programming that)
and is that an old RIS (robotics invention system) rotation sensor I see?

Yep and yep! So the Droid motor was on the underside and controlled the head, and the NXT interfaced with it with a light sensor. It would blink a light to send commands to the Droid motor, and the old rotation sensor was there to keep track of its position.

cool! I have RIS 1.5 and DDK, but I haven’t been able to program the RCX due to a lack of software-compatible equipment. and a lack of knowledge in the required code languages if i’m going to ditch the original software.