First I’ll show the MOC itself and then I’ll get on to his story. 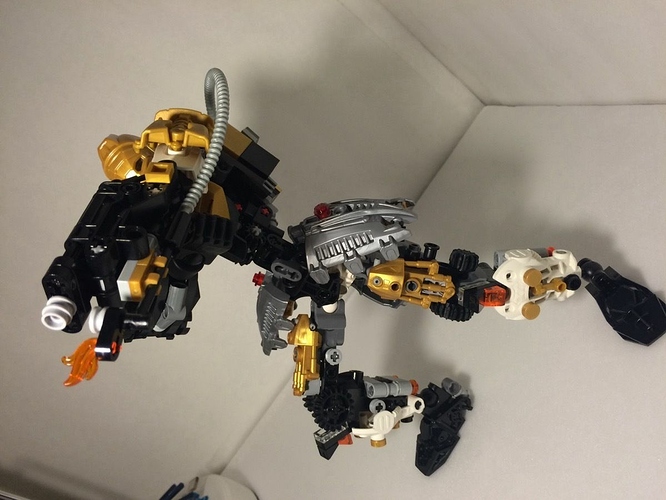 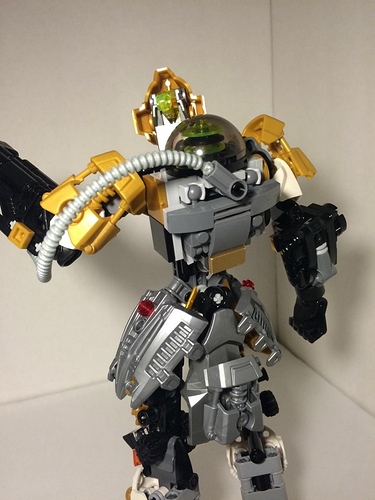 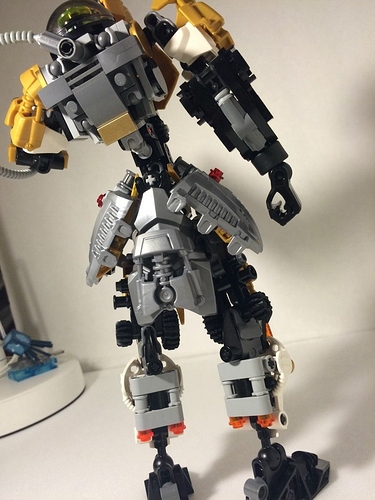 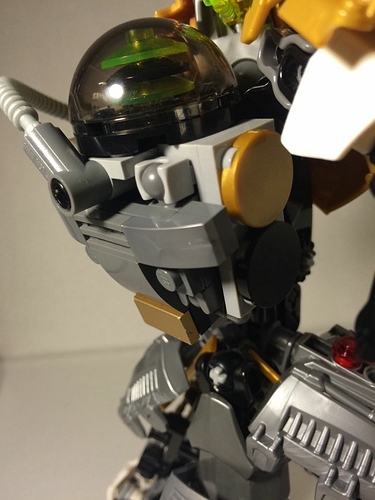 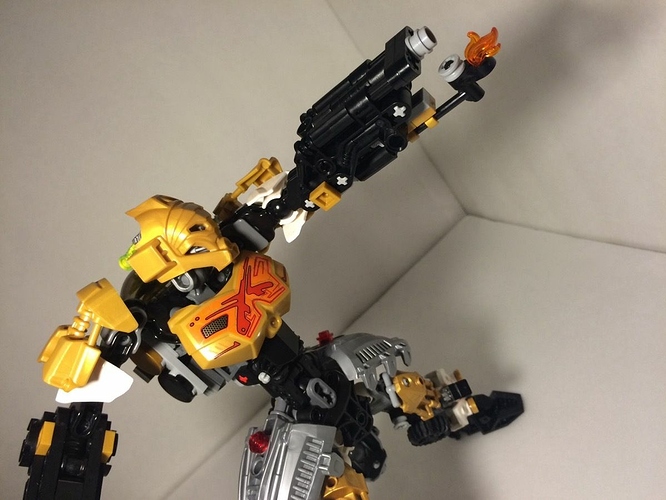 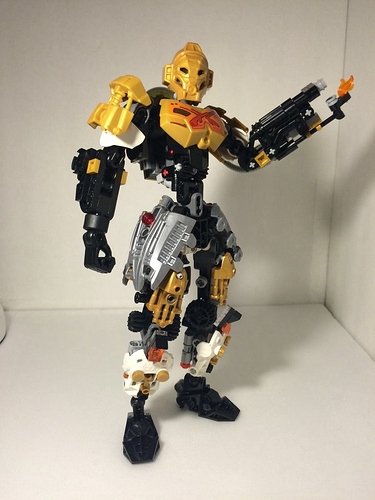 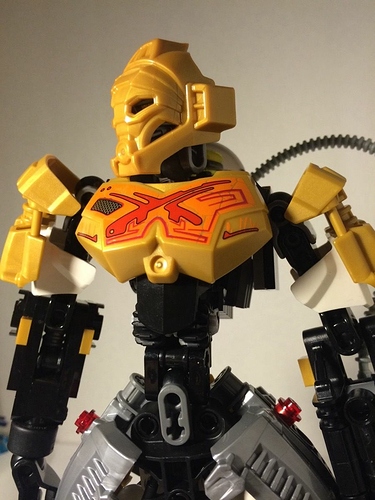 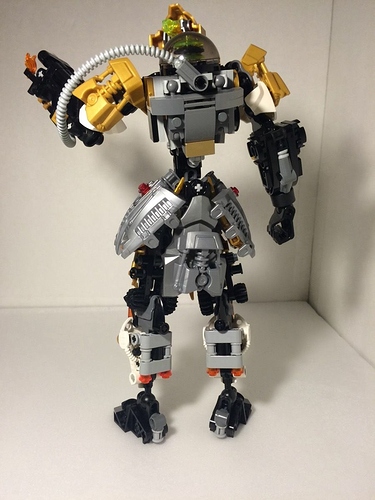 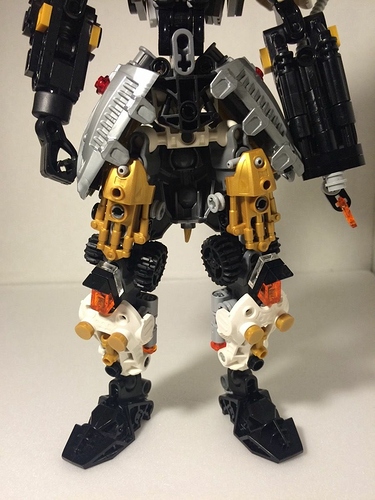 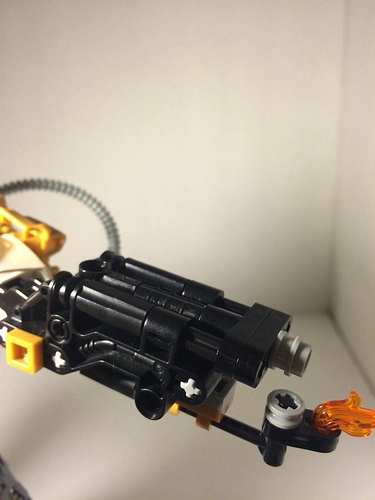 “Its hasn’t been too much of a problem since these ET came to Earth” - The last words heard from Roy Locka
As a single father living in the rough areas of Oakland, Roy was considered on of the most quiet people in his neighborhood, always silent, and always reserved.
“He’s always so jovial when our son comes over, that small apartment get so… how do I put it… loud, I guess.” -Nori Callahan
After the US Government passed the Interstellar Settlers Act, extraterrestrial move into the streets of Oakland and crime starts to increase. On January 26, 5019, Roy’s son comes over to visit his father. In the car with his mother, already parked in-front of his father’s apartment, they get out of the car and they get kidnapped by White Plated Androids, and as it happens Roy stares out side of his window. He stays there silent, and goes down to resolve the conflict peacefully. The white robots run to the back of the apartment and transport off. As Roy follows these white entities, it is too late, but until he get attacked by another one of the White Plated Android. As he gets tackled they get transported to a white, endless, plain getting operated on. As he see his Alien doctors dissecting him he stays silent until he sees the head of his Ex-wife on a cart getting rolled off to a red circle on the ground, they dump it on the circle and it falls. Roy’s face becomes blank and groans. Parallel to his operating bed was his sons bed, he see’s his child through the reflection of the doctor’s white metal plate. He watches slowly as he gets tested on. His son arm turns purple and lets out a big scream until he gives out and passes away. A read circle appears on the bottom of his son’s bed and falls through the bright white floor. Roy lets outs a slightly louder groan, with tears in his eye. He get injected with an anesthetic fluid to stop him from his “annoying moaning”. As he is knocked out, a red circle appear on the bottom of his bed and falls through the floor landing on a pile trash behind his apartment with glass shards in his skin and mixed trash covering him. After the anesthesia wore off he had his heart replaced with a metal box and his sides replaced with 2 big black gears. He tries to yell, but his silent nature only causes him to cry. The 2 gears turn and pinch his nerves knocking him out one more time. A figure in black, white, and purple armor come out of his apartment with a squad of troop in green and white armor running out with him. A group of 4 troops pick him up and take him to a brown and white vehicle. They transport him to the headquarters of SOTP the Soldiers of the Past. He was taken in by the purple armored entity and was sent to the medical bay to be rebuilt. After 8 hours in the Amputation Lab they have removed his left arm, knees, and all of his skin. He was sent to the Testing lab where a crew of engineers has made him replacements for his removed body parts and organs. A flamethrower went to his left arm, his skin was first layered with a thin layer of thin but strong rubber, and his knees were replaced with gears for stabilization due to force of his flame thrower. He developed a case of amnesia and see’s the purple armored man walking towards him.
“Hey doctor man, open up a new profile and type this on your little keyboard. His name, Roy Locka, age 33, 6 feet and 3 inches tall-” - Past
Roy lets out a groan and is unaware to his pain and his incident before he got taken in by SOTP.
" -code name is Avenge. Hmmmm? You’re awake kiddo? Attaboy! Can’t wait to see you in the training bay, Buffy!" - Past
He mumbles “buffy?”

[NOTE] He was taken by SOTP because he had something that scarred him in the pass.
for example: This character Past was scarred from the massacre of his entire kingdom, before it got burned down.

Insparation
This was meant to be an entry for the video game and bionicle character combo contest thing. this was suppose to be a mix of mega man and tahu. I ordered the 2016 tahu as soon as i though up of the design, I paid for fast shipping but it came 2 days after the end date. The previous looked too fat and so I used lewa’s mask because it looks better. I’m going to post the version of him with the tahu 2016 mask later, because I took these pics last year and I’m too lazy to post him.
credits
lower leg design by kemzal
skirt design by conimocs

Very nice, I love the flamethrower arm and pack. My only critism would be to bulk up the waist/stomach area. Great work.

thx bros for your feedback

@Triple im working on a new body for him right now and ill probably post it later next week, because i have some othr moc i want to touch up on.