The Dragonfly Unit: Created for one purpose - to eradicate all Mantis units

So my idea behind this thing was to create a similar MOC to one of my latest builds (Mantis) but a more refined sleeker version that would have been made in an attempt to stop the mantis uprising. They have been specifically designed to wield electrified swords that can slice a mantis in two, as well as having the ability of limited flight to outmanoeuvre their foes. They also have an electricity vile draped around their neck which if by chance if one is defeated, will shatter emitting a giant electrical shockwave immobilising Mantis units in the immediate vicinity. Hope you all like it
(Oh also I guess this kinda counts as a Mantis V2 topic as well) 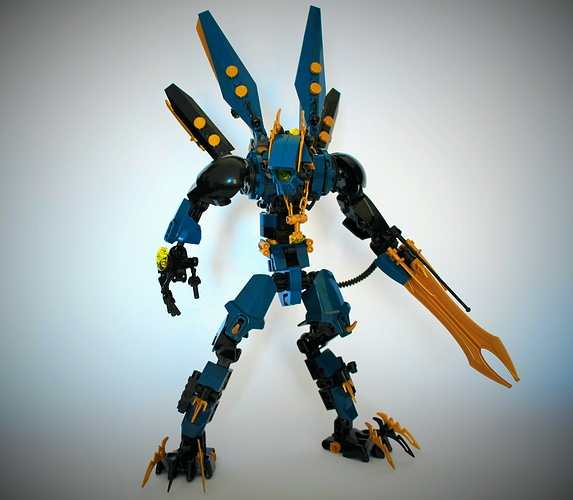 Side by side comparison 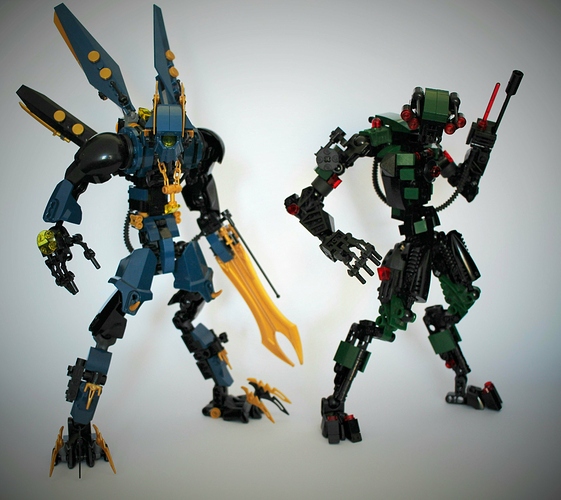 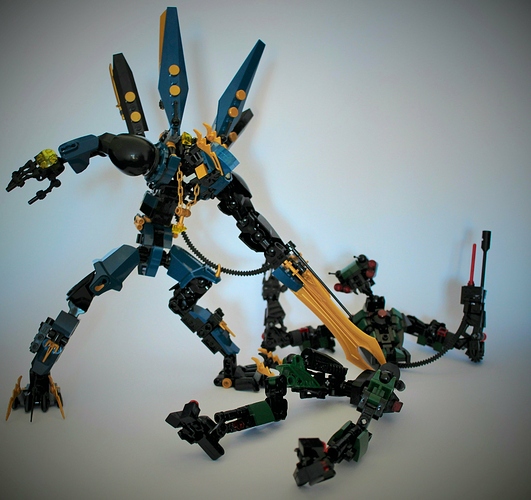 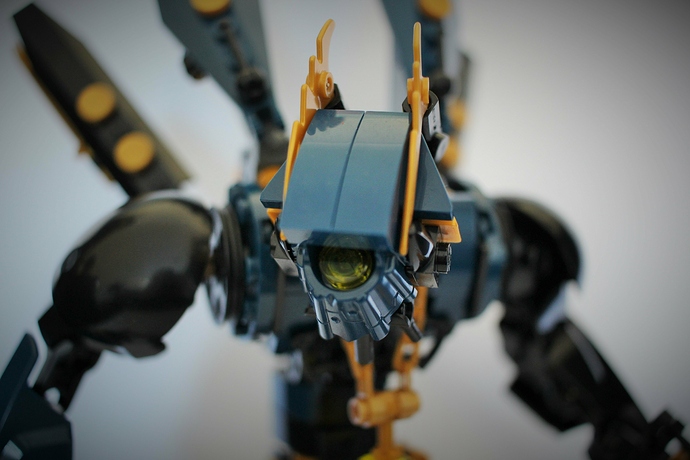 The torso (upper with head removed) 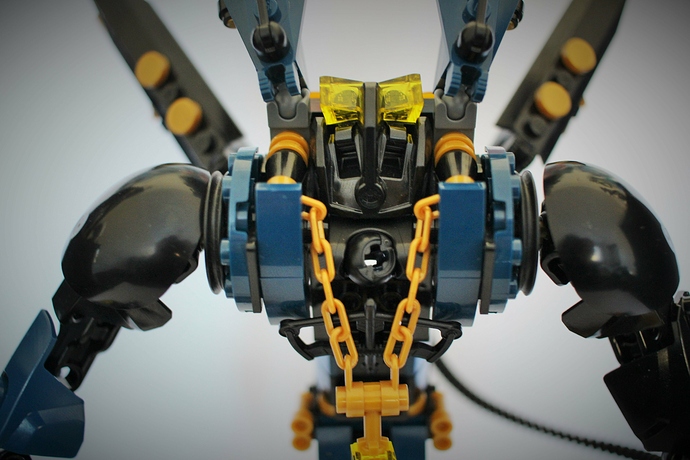 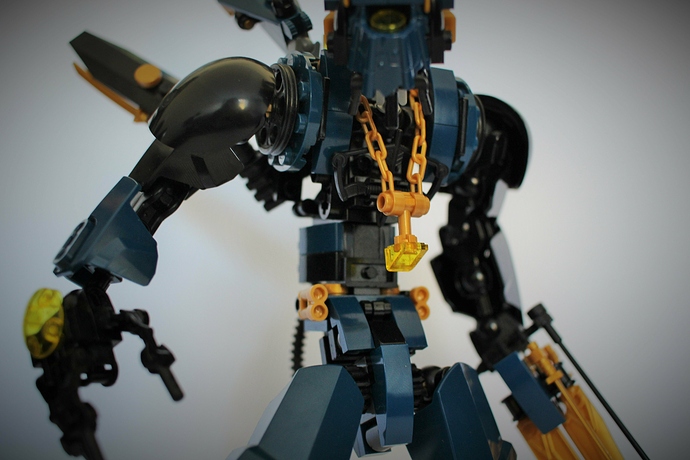 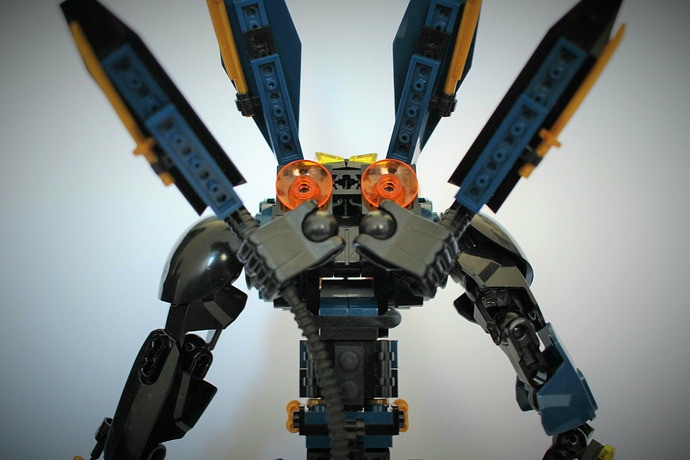 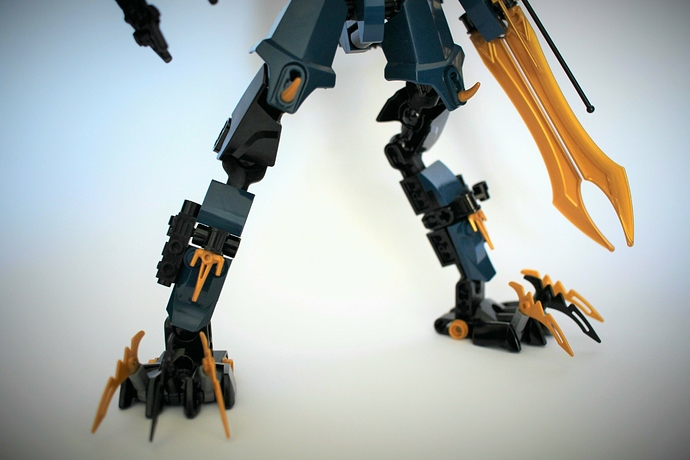 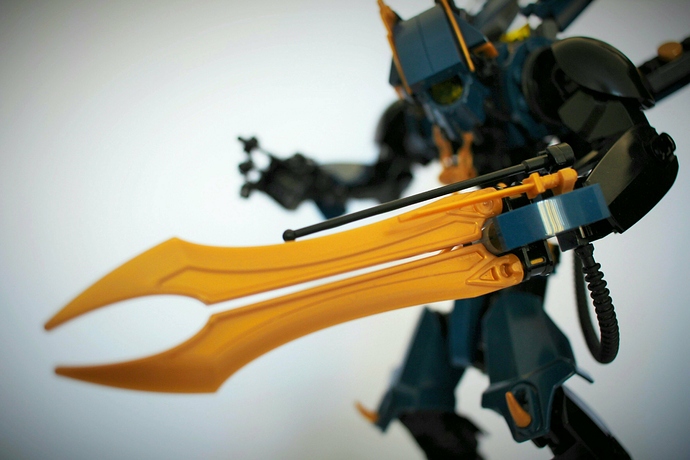 Hand (design is identical to Mantis) 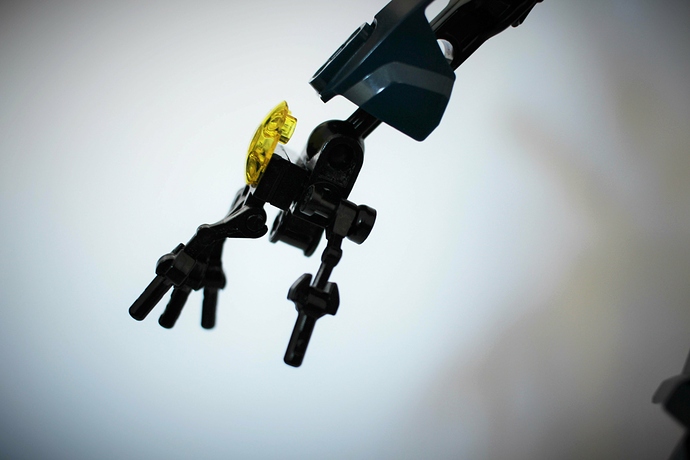 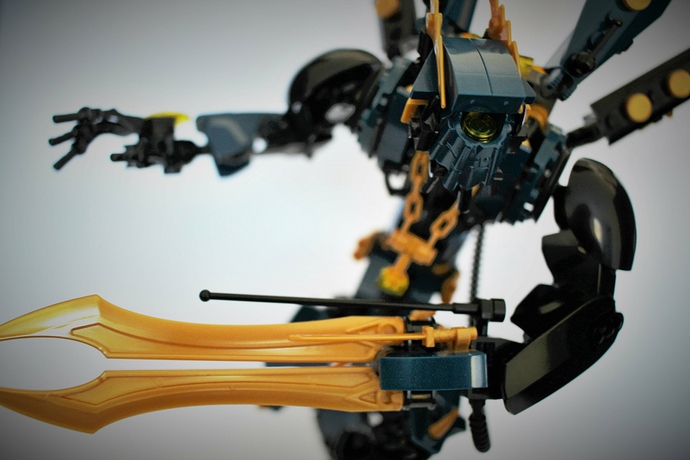 First time I’ve ever really tried to associate any form of lore or story to whatever the heck I’m building, so yeah, this has been fun. C&C is helpful as always :^) 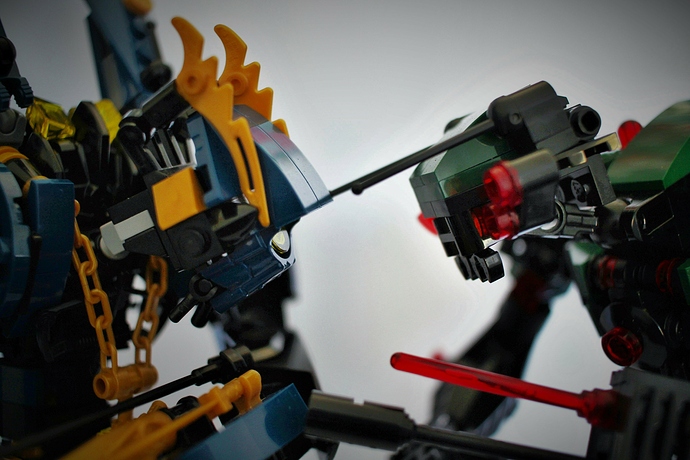 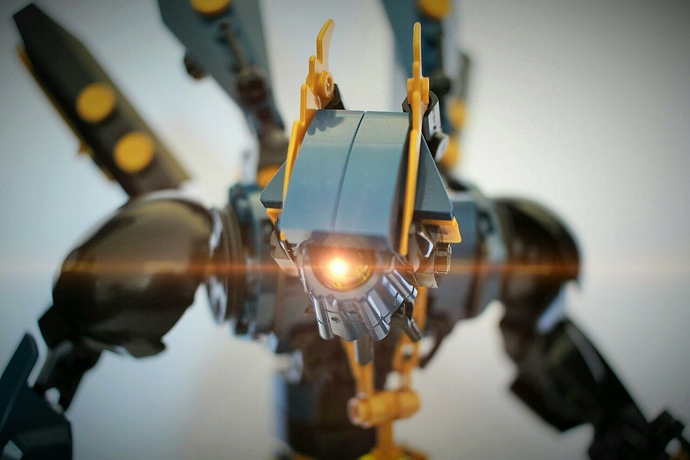 As is the Dragonfly of course. Dark blue and pearl gold mix well together. The trans-yellow doesn’t really stand out that much though.

that head and upper torso is pretty dang awesome

Really nice! Parts usage is great, especially with that Metalbeard beard on the head. Colors look really good too, and I think it is great that you have some sort of bug-MOC theme going on.

Really cool, surprised you were able to find enough non-G1-Bonkle Metru-blue pieces to make this look cohesive. I love the colour scheme as well, getting a bit of a Pacific Rim vibe.

Cheers man, and yeah like 80% of the metru blue parts are from Jays dragon set from last year. The ccbs ones just come from storm beast and 2016 kopaka

Looks very sleek and a bit knightish. I really like the wings, and the head design is awesome.

Thanks! I’m glad you think so

A blue and yellow bug that controls electricity… I can’t help but compare it to Vikavolt from Pokemon. Anyways, the MOC looks great from the colors to the well built bug like appearance.

This is so many levels of good. The textures blend so well.

It’s so weird how I never notice stuff like this, my inspiration comes from all over the place, even i don’t know where most of the time

Nice to see another insect-themed robot. The dragonfly motif is executed well with the wings, and I like the design choices made with the head.

The shaping is totally smooth and superb. Well done.

I’m not usually one for System mecha kinda things, but this is quality

I really like this guy, the design is great and he has a pretty nice looking form to

This thing is so cool! I love the way the upper torso is built and the legs look stellar! The system integration is seamless and there’s no colour scheme breaks anywhere! I love the little details like the electricity vile and the wire leading to the blade. The ONLY criticism I could have is the use of the hand pieces to hold the wings, maybe just the average socket piece would be better.