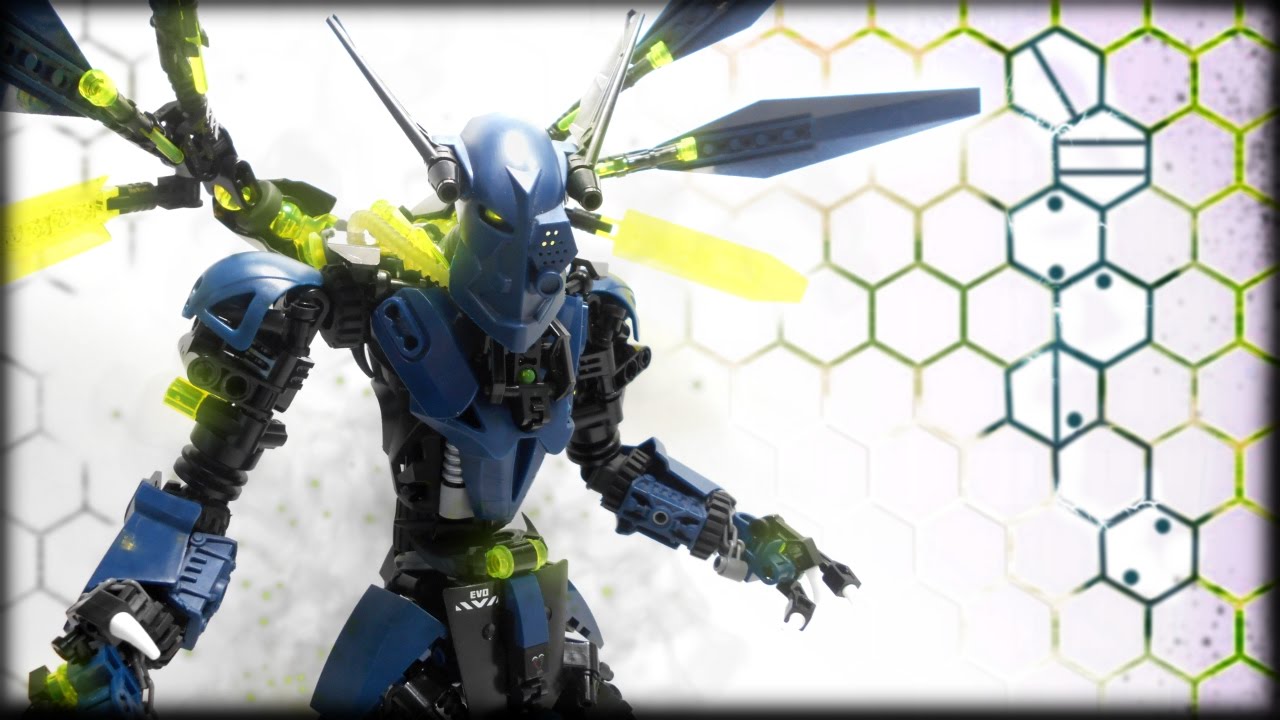 -In part of the southern zone of Thaloks is the region known as Artoria. Unlike most of the planetary surface that is composed of desert steppes and rocky and steep mountains, Artoria has an immense terrain covered with the most exuberant vegetation due to being surrounded by a great system of mountain ranges that transform the climate completely. It has long been colonized by Bionicle-Sapiens and there are several matoran villages, famous for their knowledge of ancient magic and its temples to it.

-In one of these villages lived Nebulos, a young matoran who, along with his companions, was given the rank of Toa to protect Artoria.
Nebulos was happy in the company of the villagers, protecting the culture of Artoria always trying to help when he could. From the first moment he saw Deemia when forming his Toa team, he felt a certain feeling of attraction towards her. In each mission Nebulos fell more in love with her, every gesture, every look, he analyzed it and could not imagine anything more beautiful in the cosmos. But Deemia barely seemed to notice the existence of Nebulos although he was it in front of her. The moment Nebulos decided to express his feelings for Deemia, she refused him laughing as if it were a joke. This began to tear Nebulos inside, frustrating him and causing him to awaken in him the darkness that his being harbored.
On a certain mission, the toa team was attacked by a group of Boggarak. Nebulos was badly wounded and the Boggarak poison made their organs not work as they should, they could barely breathe without drowning and their heart slowly stopped beating. Everyone considered him dead, no healer in the village gave him more than a week of life expectancy. Desperate, he tried to call for help from Deemia, who guarded the temple of ancient magic, begging him to try to heal him. Deemia, alluding to that was forbidden, she refused. However Nebulos could not accept his death, at night he desecrated the temple and conjured until the dawn, impregnating itself with dark matter that eliminated the venom of Boggarak but contaminating his heart even more with this energy. Wrapped in darkness, he headed for the village, where he absorbed the vitality of all the matoran, thereby stabilizing his new body and enjoying its most powerful form. When the other Toa found it they tried to reduce it, but only Deemia survived, infected by the same dark energy that had corrupted the Nebulos. He disappeared in the sky consuming the life around him and leaving to Deemia in a desolate and inert wasteland which used to be the leafy one and full of Artoria life. 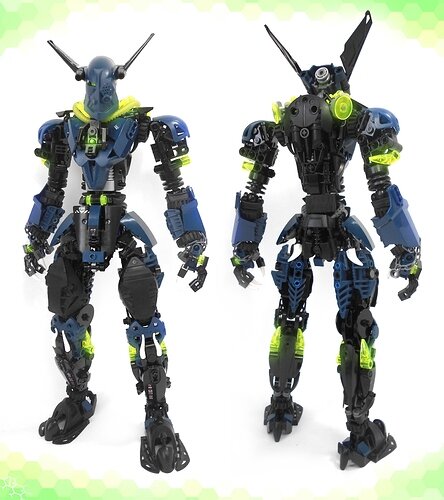 ► Hope you liked my creations, critical comments are always appreciated!
Be sure to check my Deviantart page and Youtube channel for more stuff like this! 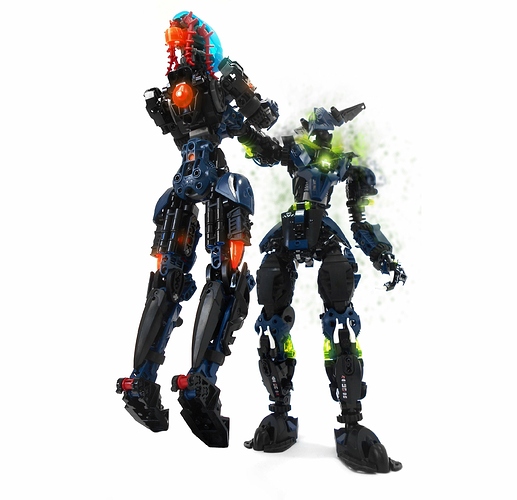 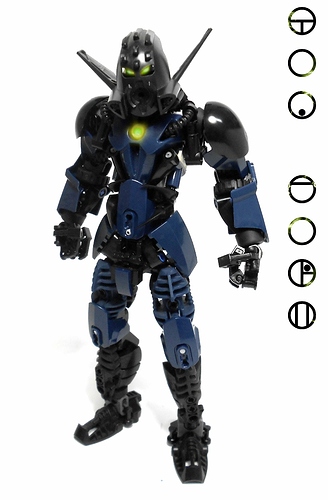 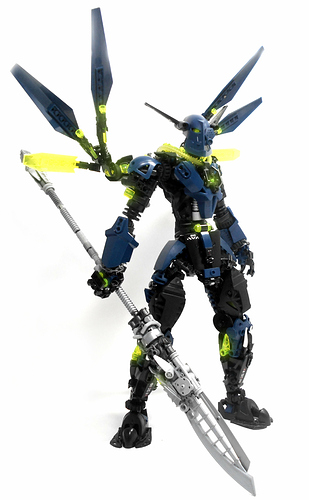 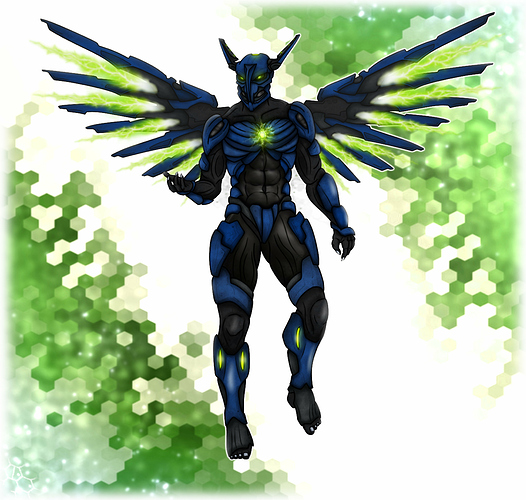 Did you draw that yourself? it looks really cool, both moc and painting

Definitely one of my favourite mocs of yours, I’ve always been impressed by the fact you were able to make mantax’s feet look good on a moc. The rest of it is also stellar, and I like the colour scheme, it’s one I’ve used a few times as well actually

As I said, this is what Gali Mistika should have been. This is so majestic.

I don’t think so, as I said Gali looked good to me. I didn’t try to give him any Gali essence and it couldn’t be a set in any way, it would be so expensive

I say it cause this is among the best uses of that Mistika mask.

This looks amazing! As others have said, you made the mistika mask look good.

It looks really good and it must be a BIG moc also.

Interesting. I didn’t know it was used in other sets besides the Nuva.

A while ago I didn’t know it either, it’s a really cool-looking piece for me :3
There is also another in lime green from an Exo-Force set 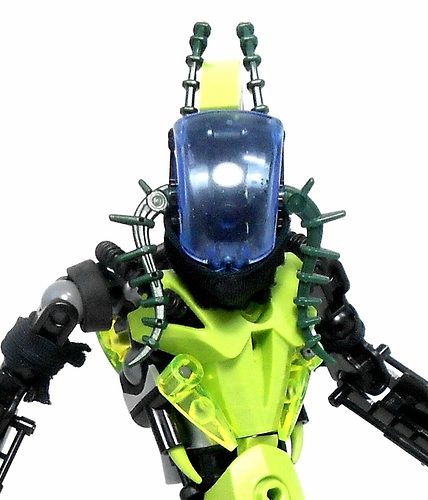 I think this is a good example of the Adaptive Kaukau working with a design that doesn’t feel awkward. There’s a certain manevolance to its expression that ties in nicely with the toxic feel off the trans green. In ways Kra’Nebulos is sinister, though the wings and elegant look of the figure make him disturbingly majestic as well.