In my universe all creation started with one. with him.
He is all powerful, and all knowing. His power isn’t limited, but its appearances are. He writes stories, about kingdoms, machines, people, and places, and while he writes them, they actually become true in his universe (kinda meta huh?)

While he has all of this infinite everything, he only rarely directly interacts in his universe, letting it kind of auto pilot. The last time he made any direct changes, is when he chose six special Toa to become Sages, his arbiters, and directed them to protect his universe from collapse. 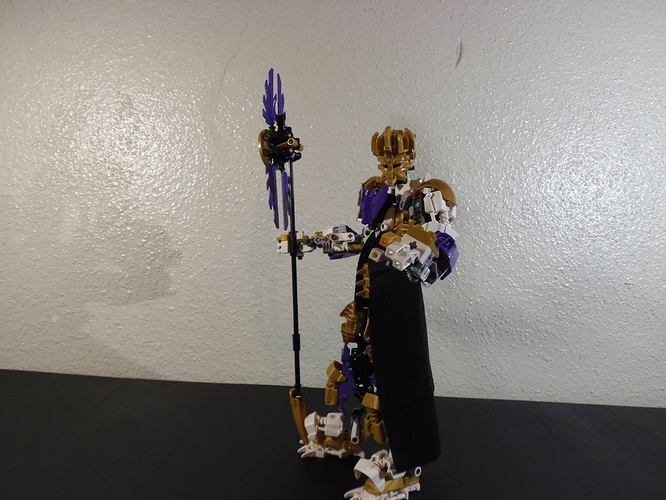 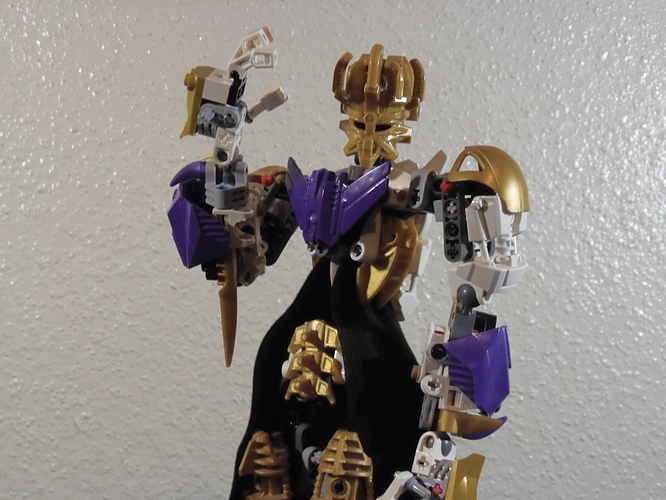 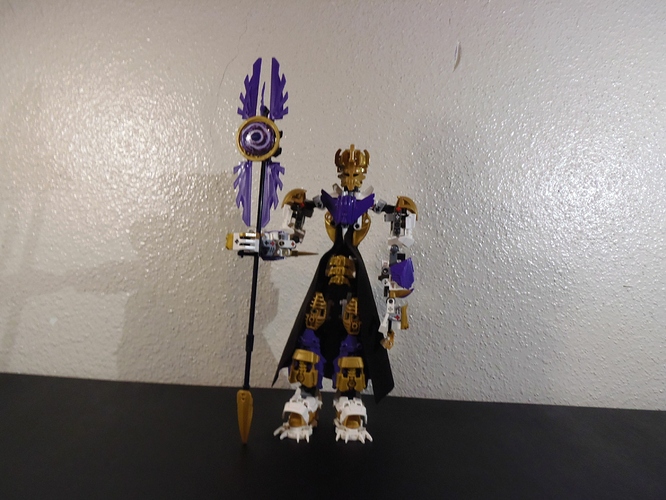 PC170041.JPG2744×2058 2.66 MB
He is my third self moc, mostly because of how meta he is. I really am in love with the color scheme and how unique it is. The Mask of Creation also complements him really well IMO, but what do you think?
To show off more though, I decided to include a slideshow video of him. 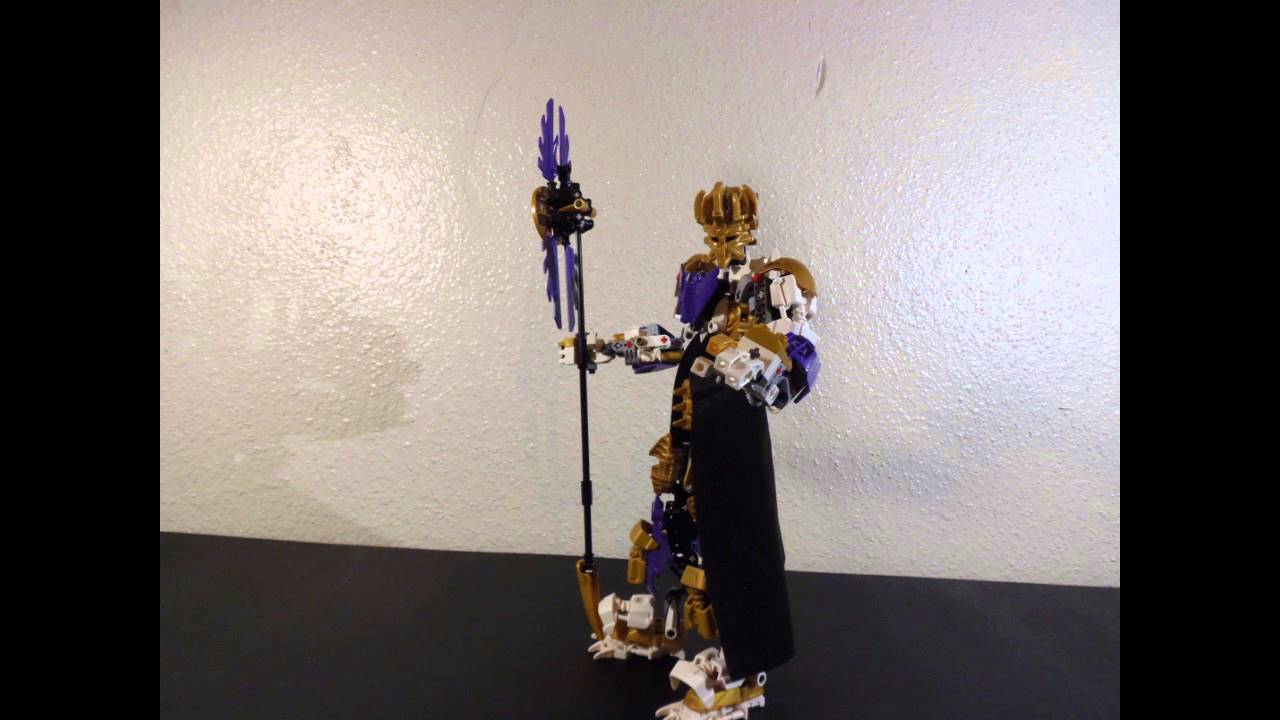 hm. Sounds like a Great Being with power. He’s alright, real royal. Maybe you could add more white? Like, replace the pelvis for a white part and/or replace the black cloth with some custom white clotch that could be used? His torso feels abit too much like a T, maybe make more of a V sillouette, add more to the shoulders to not make it feel like a stick?

Good ideas, and pretty solid MOC, but it definitely needs a V2. He’s really thin in the waist area, which I guess looks pretty interesting the with the way you have the cape tucked in there, but his shoulders don’t fit the wacky proportions. Maybe make them less broad and really go to town on that thin look, sort of like this: 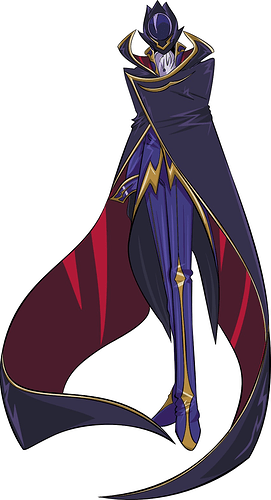 @PakariNation99 Thanks for the advice. Yeah I’ve been having trouble portioning him.

I really like how well the colors go together

Cool MOC! The use of gold and purple make it look very regal.

this is probably my favorite moc sofar