Hi I have some moc’s I made 2010 that I will be posting in this and two other post first the Matorans, then of Titans who replast the Toa after they got killed by the villans leader. And finally the villans if you want to know more about them you can find information and backstory for them on my youtube channel, I will not put up links to my youtube channel or talk any more then this about it as I’m noting more then a villager in status on this site.
With that said here are the Matorans of Fire, Water, Ice and Air.
Small backstory They are the last tribe’s on the Iland of Mata-Nui after a creature known as Makuta Reaper G1 (there is now a G2 version of Reaper) showed up and killed the Toa as well as mutated or killed the other tribe’s and they are still being hunted, (backstory for Makuta Reaper G1 will be in the villans post.)
First a grupp shot. 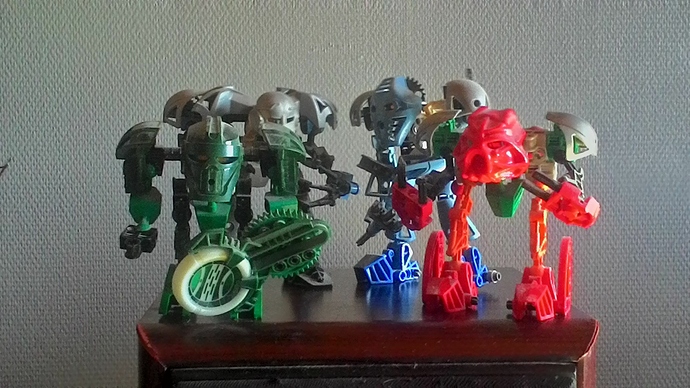 Next lets take a look at them one at a time starting with the one from the Ice tribe. Tenru. 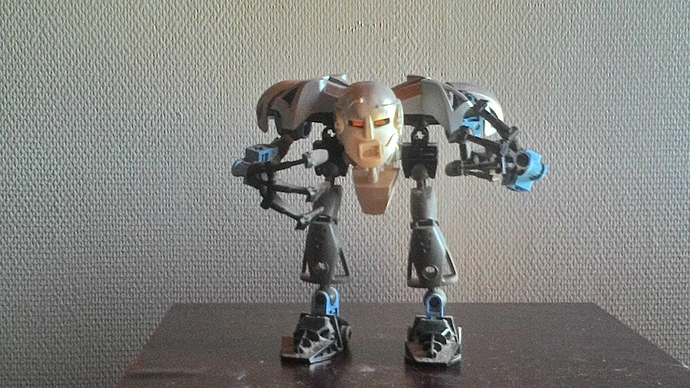 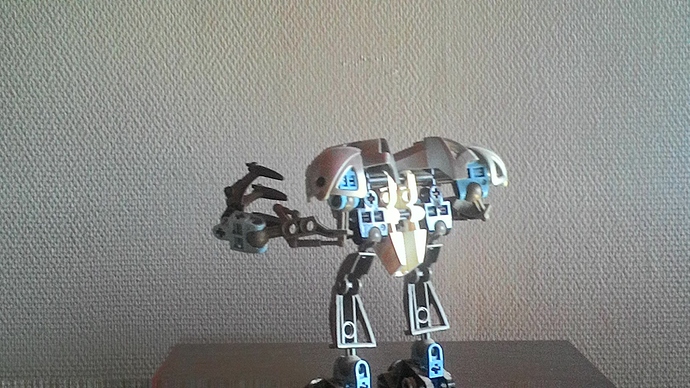 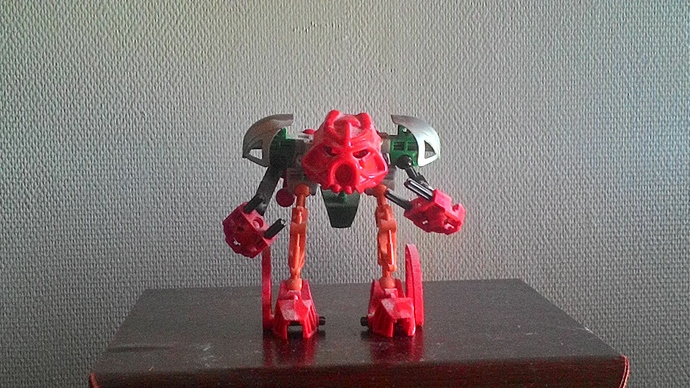 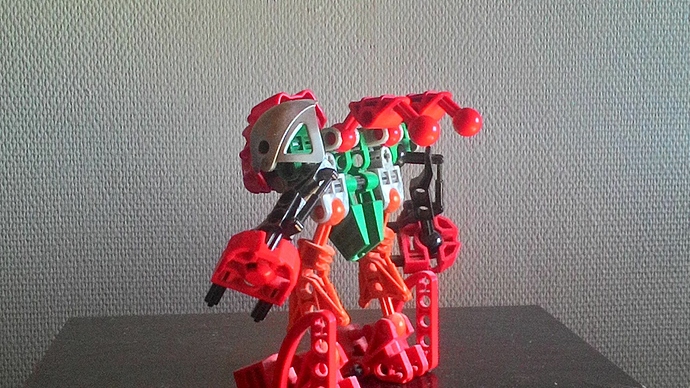 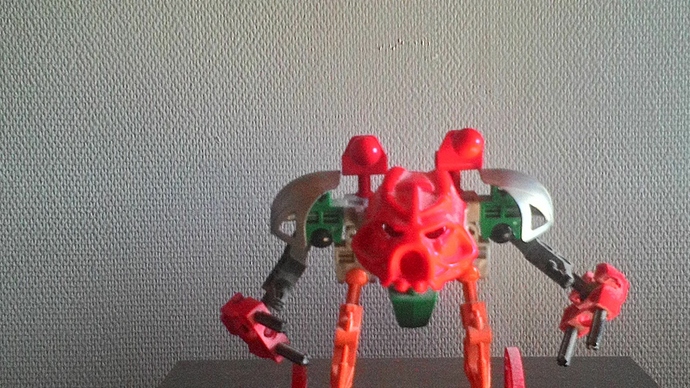 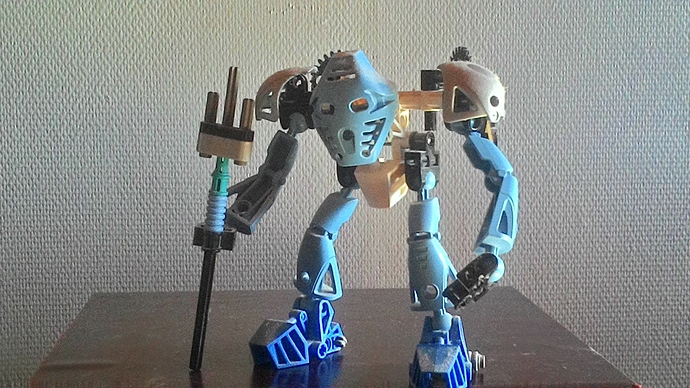 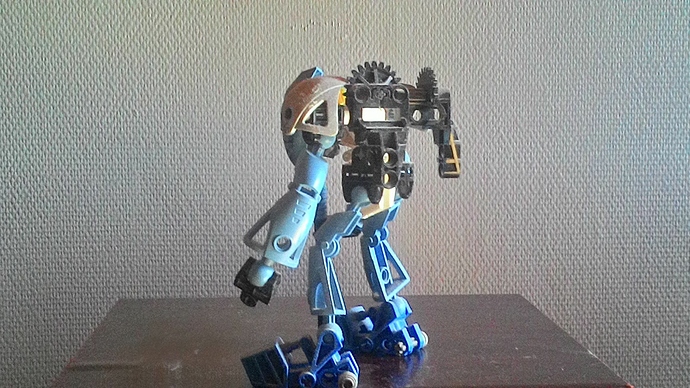 And finally we have the Air Matoran Airtech 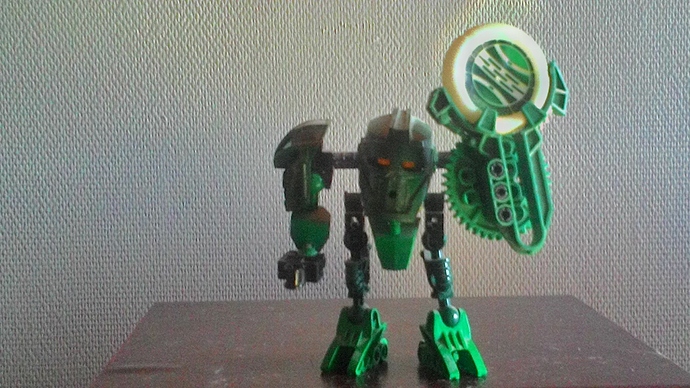 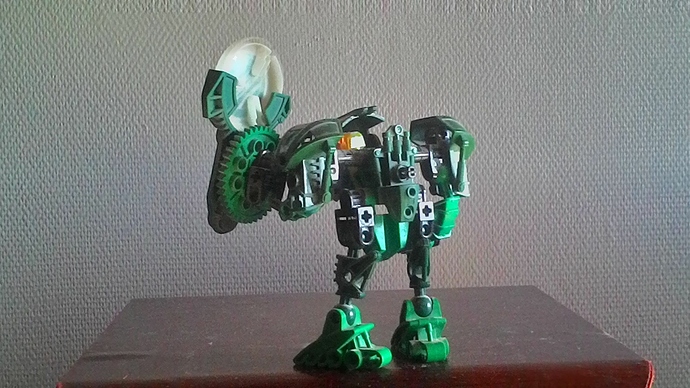 And finally lets end this post with another grupp shot.
Next up is the Titans. 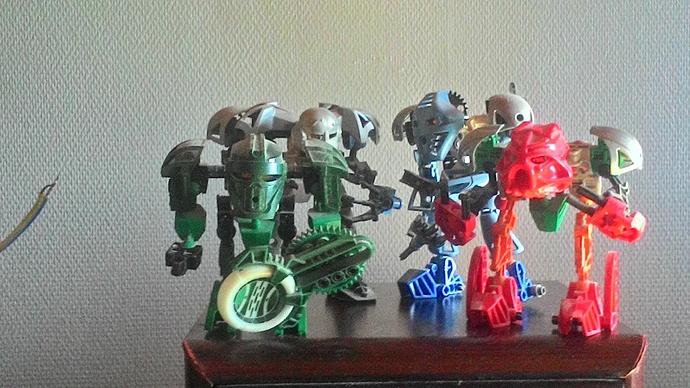 These are very odd looking.

These are very odd looking.

In order to survive they mutated into these forms.
as stated they are the online matoran tribe’s who still to this day are surviving Reapers minions as well as reaper himselfs daily hunts and attacks.

P.S if you think these look odd check out the Titans

These are very odd and clunky, but they are interesting for what they are, and they do somewhat resemble matoran.

Pretty good but what’s the the green on fire? Makes him look more like a Christmas matoran. In fact they all have one color that clashes with their main elemental color.

It’s so strange seeing mocs that only use elements up to '04.

We’ve got it too easy nowadays.

I like some parts of them, but each one alone seems a bit weak. Perhaps try taking an element of each and combining them? Also, where’s earth?

They are very…unique. I personally like them a bit but some refining should take place in some areas, especially area with open pins and balljoints.

the balljoints on the fire matoren is meent to act like a jetpack that he use to jump between the rocks floating on the rivers of lava.

I like some parts of them, but each one alone seems a bit weak. Perhaps try taking an element of each and combining them? Also, where’s earth?

Thanks, well for earth and stone they are dead, as stated in my post the fire,water,ice and air tribe’s where the only one’s that where able to escape from Reapers first attacks 1000 years ago and so in order to survive his mininons as well as reapers himself hunting them they needed to evolve to a new state, and this was the result, and speaking of combing elements check out my Titan of Air and Ice in part two.

the balljoints on the fire matoren is meent to act like a jetpack that he use to jump between the rocks floating on the rivers of lava.

There are some other ways to make it a little more convincing. Maybe an HF armor shell with a fire piece attached

The MOCs themselves look pretty decent, but some of the colour choices like with Fissure and the green in the MOC’s colour scheme looks a bit weird

Cant really explain why I whent with red and green as his color scheme I made him so long ago now, though at the time it might have been because I made him around christmas and there where christmas music every where I whent so I kinda got into the season.
but might be wrong as I said cant remember why I whent with thouse colors really.
Thanks for liking the MOCs though ^^