Alter 6 years of hidden development, the creator of the game has revealed the first sneak peak of the new coming Fan Made Open-Word RPG Game and All I can say it looks absolutely incredible!

The visuals are outstanding on every level.

It will be a free PC game.

And a little presentations of the actual game:

Holy bisuits, this game looks amazing. I got literal chills watching that

I know right? It is a true masterpiece! And the developers are really kind.

Ok, is this really a fan-made game? It looks like an official retail game to me!
When will this game launch? I can’t wait to play it!

Looks incredible! Are there any plans for a Mahri Nui expansion?

I got literal chills watching that

Ok, is this really a fan-made game? It looks like an official retail game to me!
When will this game launch? I can’t wait to play it!

It is unknown yet. 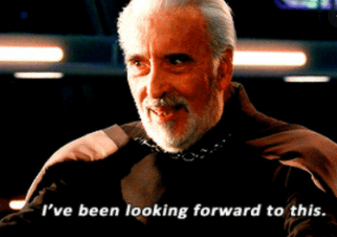 Looks amazing, the graphics are spectacular. Interesting how I didn’t know anything about it until now.

That game looks awesome; I can’t wait until it’s released!

Looks amazing, the graphics are spectacular. Interesting how I didn’t know anything about it until now.

The developer of the game kept it in secret for 6 years while he worked on it. He began working on in 10 years ago. He most likely didn’t want to fall under the categhory of those fan project creators whom Eljay and Meso described the ones, who start a project then keep teasing the fans for years while there is no development in their project whatsoever. This guy did it the proper way. So noone expected anything too much since noone knew about it, until now when it is certain, It will happen. Take a note Mr. Faber.

Wow, talk about an entrance.

Did they just make BIONICLE DARK SOULS!?
That’s what I think it looks like, at least.
Or Jedi: Fallen Order

Why not both? Incorporated with Bionicle

My primary criticism about the game, aside from the general “it’s not even in the alpha yet” lack of polish, is just the lighting. It makes it very hard to make out stuff, especially in the forest. That said, this looks incredible so far, and I think it opens up a world of opportunities for future projects if it gets off the ground.

They’ apparently have considered legal ramifications, so it seems that Lego won’t pursue them as long as money stays out of it.

I hope you realize that 14b2020 is literally just starting, and isn’t a fan project.

Whatever, I’ve made dozens of posts about this already. I just don’t see why a passive aggressive Faber comment is needed on this thread.

Game looks pretty decent, definitely the best attempt at a fan Bionicle game yet. I do have some criticisms though.

The game was started 10 years ago, and he’s been working on it for 6. I’d like to know what happened for those missing 4 years.

Secondly, 6 years is a really long time to be developing a fan game. It’s really good he’s gotten this far and that it’s this impressive, but that’s a really slow time table, even for an indie game made on the side.

The game screams lack of polish right now (especially for 6 years in dev). Dialogue boxes are just text on the screen, there’s a lack of feedback when picking up masks or disks since they just disappear when you collect them, the UI has no labeling, the camera placement isn’t the best (it blocks everything you’re trying to look at since it’s dead-center on the player), and the sounds and music are a bit jarring in places.

That being said, the graphical fidelity is pretty nice, the animations are great (I highly appreciate the combat system, even though it looks like it’s going to be basically the same for every Toa), there’s inventive uses for the masks (although the Kaukau will once again be the most useless mask ever, unless there’s extensive underwater segments), and I think he’s captured the feel of the world pretty well.

I’m excited to see where this goes, but I’m a bit apprehensive considering how long it took to get to this point, and the project seems a little too ambitious to be multiplayer (how is he going to pay to run game servers if he can’t make money off the game?).

I hope you realize that there a difference between creating cryptic posts and years of hard work to keep a fan project secret. I have nothing against Mr. Faber, all I am saying is that I value actual fan projects more like this, which are taken confidentially from the developers without teasing anything uncertain.

For the rest, I Hope this interview with the lead developer will answer your questions: 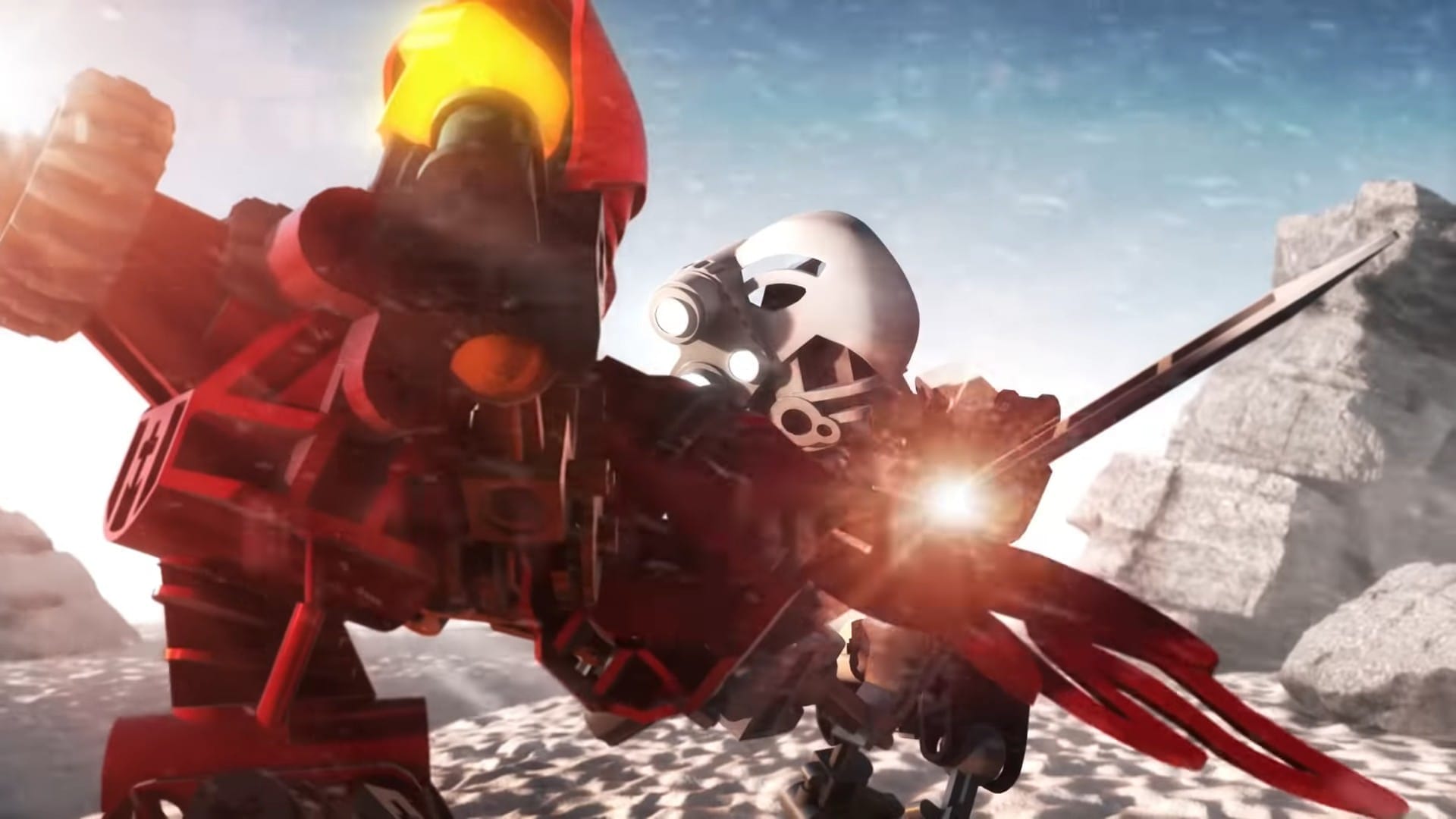 There have been dozens of LEGO games released over the years, but one fan-made creation is diving into a long-forgotten (and much beloved) product line: Bionicle. The newly-revealed Bionicle: Quest for Mata Nui aims to be a fan-made...

As well as his most recent statement:

Hey everyone! We understand your IP concerns and we are weary of these as well, however we’d encourage you to keep speculations to a minimum. Currently we haven’t gotten any complaint from Lego. As stated by us before, we are not interested in making any monetary gains from this. If Lego does approach us with a complaint we’ll make sure to work with them as best we can to ensure we are compliant with their guidelines.

Thanks for the link, but it doesn’t really respond to any of the critique I offered.

It’s clear to me this developer has commitment, and he’s done a pretty good job so far. There just hasn’t been much in the way of explanation for the lengthy development cycle. Honestly, I can understand if this guy is just working on it in his free time, but that hasn’t been shown either.

Is it the amount of features? The massive open world he has to make? Scheduling conflicts? If he’s chosen now to show off his progress, then I have to assume he’s fairly far along in what he hopes to make, I’m just interested in knowing what has occurred in that 6 years, not to mention how far along he actually is.

The only reason I want to know this is because of the lack of polish that I mentioned. 6 years is a pretty long time in terms of game development, and if I’m being honest, his Ta-Wahi demo did not look like it had 6 years of work put into it. Of course, it was only a small portion, but I’ve seen other game projects with more polish that are considerably farther behind in terms of progress and have only been in existence for maybe a year or two.

To put it into perspective, the average indie game, even for a solo developer, could take anywhere up to about 3 years to make.

If anything, it’s a symptom of development priorities being a bit wonky and the possibility that this will take more time than people think due to inefficiency. I don’t doubt the guy’s skill, but fan projects of any kind are almost never organized to an optimal degree, and this guy has done everything except the character modelling.

It also doesn’t address the multiplayer issue. When I said I was worried because he couldn’t make money off the game, it wasn’t because I was worried he’d get a Cease and Desist from LEGO, it’s because that would be the only way for him to pay for the servers needed to run a multiplayer game without paying for it himself. I honestly can’t imagine this guy taking 6 years of his life to develop a free fan game only to pay out-of-pocket for servers to run said game for who knows how long. Like, it’s a logistical nightmare. He’s either paying his own money for a server or running a server on his own machine that probably won’t be able to handle large amounts of players simultaneously.

The only thing he could do in that case is make the multiplayer run off LAN, but then it isn’t really true multiplayer. You’d have to have 5 friends all in your general vicinity to be able to play as all 6 Toa (and let’s be honest, how many of us have 5 friends near us who all like Bionicle?).

I’d be glad to be proven wrong on this one, I just can’t really imagine how he’s going to get around that issue while making his game free. Not to mention actually coding online multiplayer is a nightmare. I don’t envy trying to solve that challenge.

Don’t misunderstand me here, I want this game to succeed, and he’s doing a pretty good job so far. I’m interested in seeing where this goes, but I don’t think we should be blind to its issues.

It has been, so long, since I’ve been this hyped about something. But by the great spirit Mata Nui, this looks beyond amazing!

Yes, of course it isn’t perfect. But also keep in mind this has only been one guy working on this. I’m stunned that he managed to complete this much and apparently more in six years.

This game looks breath taking, and I eagerly look forward to the day I’ll be able to play it.

I saw the TTV thumbnail and was like - “Hey, did that masks of power game get like a shader update or something?”

How does it look soooo good? Like visually? I think only the Ghost animations and TLR had animation quality like that surpasses this. I agree with @SirKeksalot about the lighting being problematic for gameplay, but it looks amaaaazing. Character models are perfect.

I haven’t watched the gameplay video but quite frankly if I could be a toa, and like, run around in this world I think I’d be cool with it, so I can’t see myself having any issues with the gameplay unless there’s something radically frustrating about it in practise.

I give a round of applause and wait with baited breath for what is to come.