Hello everybody, this is Maniac4Bricks.

Today I’d like to start unraveling a project that I’ve brainstormed for about a year or so now. More will be updated in about a day or so visually but here’s the premise:

After getting back into Bionicle especially with the online fan communities, I’ve rediscovered so much lore in the Bionicle canon. Some I never knew to start, some I missed out on having fled before it’s closure, and some I almost forgot. And many fans have done a great job archiving the lore and even visualizing parts not often seen in official media (books, comics, movies, figures, etc.). But there’s one topic I’ve never seen completely visualized that I am willing to attempt: Kanohi mask powers, Krana mask powers, Kraata abilities and the like.

It’s been 6 years since my last LEGO stop-motion animation (in 2013) but I am happy to be back in a new way of animating noncanon Bionicle characters to demonstrate the powers of the masks in short episodes. Each episode will feature a mask, its color palette officially available, the wearers of the mask, and the most powerful use of it. For example, the Kanohi Hau is the Great Mask of Shielding (even if the same shape has been worn in a powerless state by figures such as Jala). There would be a separate video for the Kanohi Hau Nuva since it has additional abilities to the Great Hau.

As mentioned before, I have collected masks and had them previously assembled up to 2017 on a few brick-built wall displays. That doesn’t mean, however, that I own every mask or every color and variant. Therefore, I may have to go out of chronological order in presenting the masks on episodes, so that the completed ones are shown first. Either that or I would need another method to show the color palette for each mask (similar to a BrickLink colored square entry without showing the whole item in that color).

This is one of many LEGO passion projects that I hope can not only take off in the community, but I can see through till its completion. As a YouTuber of 7 years, I’ve had many videos fall by the wayside due to budget or time restraints, balancing time with work and school and family outside of the YouTube/LEGO hobbies, and brainstorming too much too soon only to suffer burnout and lack of focus in the long run. A project like this is a pledge for me to stay focused on something I can do rather consistently and stretch out over a long period of time, while also benefitting the community having a decent record of mask abilities in a digestable media.

That said, I don’t know how frequent each episode will be released, when it begins, or if it will start on YouTube. As you know about many issues between COPPA legislation and YouTube guidelines, video content like this would most definitely have to be marked “for kids”. While I have made money from ad revenue in the past on YouTube, I’m still a small fry in terms of viewership, and the ad revenue was really a “tip jar” for me making a little bit back on videos (and by little, I mean I’d make $100 USD at best in a calendar year). I don’t dumb down my content for kids under the age of 13, I believe sharing about LEGO as I have is for all audiences especially teens to adults. That said, if these videos air on YouTube, they will be near impossible to find with the “made for kids” listings (just to avoid marking them wrong) and feedback will be nonexistent in 2020 on the platform. For now, I would plan to air them first on another platform, be it Facebook, Instagram TV, or Dailymotion (haven’t decided yet or all three) unless I feel safe uploading more on YouTube. But if allowed, I can always link the videos here when a new episode airs to make it easy to find, no matter the platform.

I don’t currently have plans for voice acting roles, most information would be captioned in the video. There aren’t many characters planned and not many to get attached to, at least three (in some cases multiple copies of the first) to just demonstrate the mask powers without a canon reason for the characters to own all those masks and have access to every power. Although now that I think about it, I probably should have a pronunciation for the mask names.

I’m happy to answer any questions about the series. I plan to air a teaser trailer with some pilot footage tomorrow, Monday, on Maniac4Bricks on YouTube. Pilot episode to follow after that. 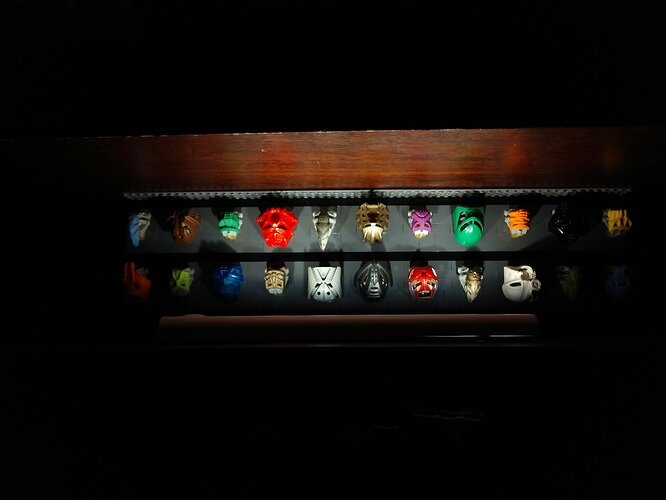 Have a good one!
Joey
Maniac4Bricks

This will, be interesting, and I’ll certainly watch it.

Hopefully this will be the next recap reviews!

Sorry, but this is a “Coming Soon” topic so it need to close.