My primary selfmoc, (Makuta) Nazo. While his powers primarily pertain to Shadow, and an energy known as Chaos, but his overall number of powers can be pretty vague…

Mask of Shadows: Gives him the ability to control darkness, resist the influence of darkness, manipulate illusions, as well as peer into peoples minds.

Chaos: His primary element, it allows him to focus the element in an offensive energy designed to damage targets in however way was needed for the situation. Since Chaos energy can exists on the air, though typically in higher energy environments, he is able to absorb it from the air to fuel his own body as long as he remains perfectly motionless. This also gives him the ability of short distance teleporting.

Korh: Though he is considered a Makuta, he is truly the first, and last of the Korh species. Being a laboratory created species, he was designed to be immune to all poisons, diseases, illness, and even curses. His mind is like a super computer, able to calculate mathematically at incredible speed, though he prefers the more bullheaded approach to certain problems. His body is designed to be perfect, and such if he comes across something that is damaging to his body, whether its environmental or otherwise, it will do what it can to automatically adjust and mutate to evolve. On a few rare occasions he has been able to control the ability to mutate, giving him self jet feet (not pictured), wings (not pictured), mega fists (not pictured), and even an energy arm cannon (is actually pictured. :D) 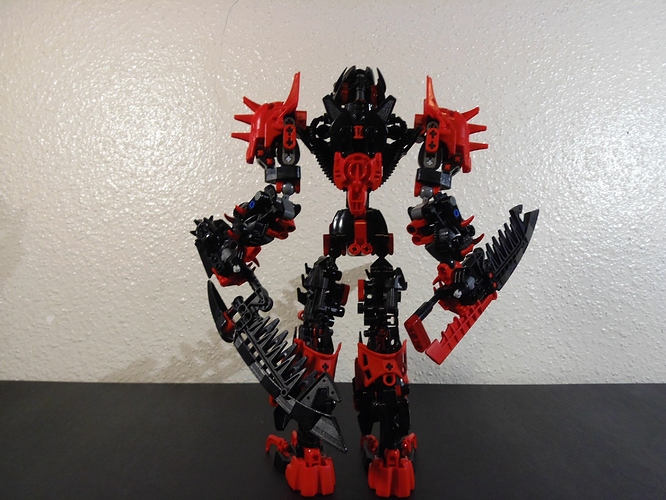 Those are his dual shadow blades… I’m still working on exactly what they do… but edgelord swords be edgelordy. 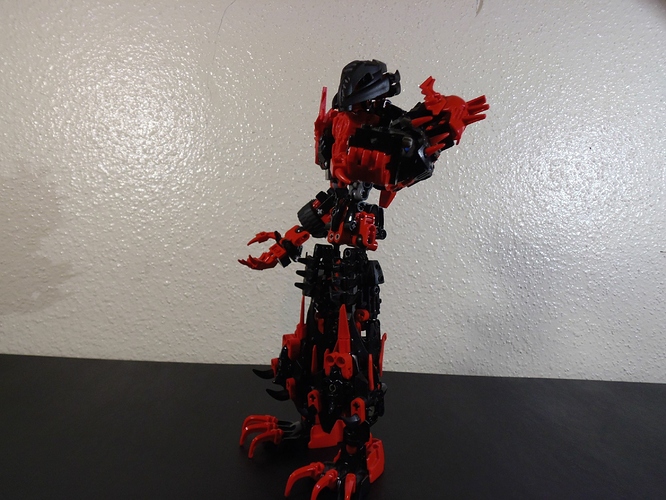 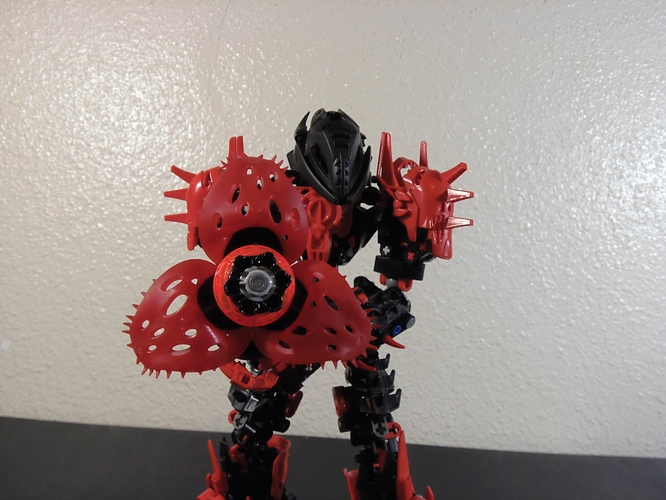 There is more pictures in the video to give better angles and such. What do you guys think? 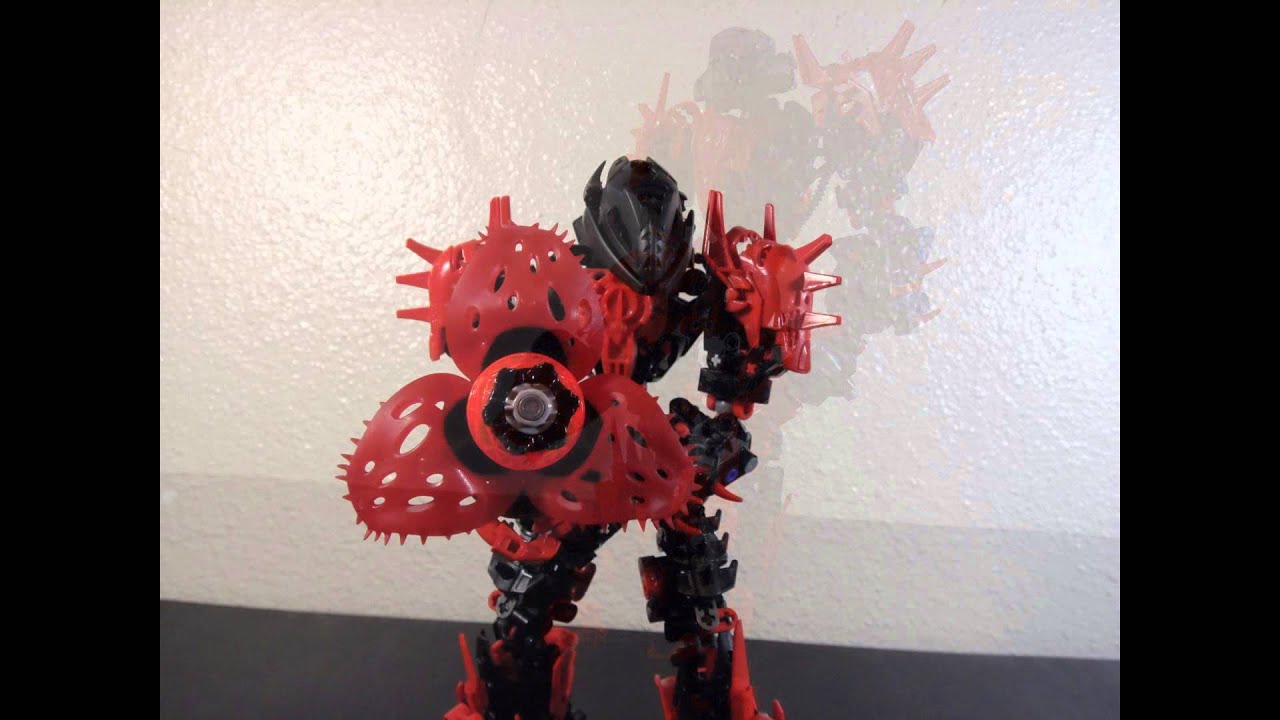 Okay. The proportions are VERY messy IMO. Along with the detailing. I feel you should still come up with a better crotch build [Or pelvis build.] Because it still looks like [MODs forgive me for saying this] that his crotch is hanging out. It looks a bit “meh” with the over exposure and usage of technic. Along with the awkward spaces between balljoints.

But I do give you points for the color scheme. But I feel the overall messy build takes away from the MOC.

Bit messy. I nearly couldn’t tell what was which with the first pic. I can telly you’re going for greeble, but it… sorta doesn’t work out with some clashing textures or parts… Though he’s alright

I like the greebly, Spiky aesthetic, myself. It really works for a Makuta. I think it’s executed perfectly.

I like the flower weapon and the legs the most. Think the mask is too smooth for such a spikey figure though