Then I was a kid I had a dvd with a dozen of cartoons, one of them was that particular version of the web of shadows movie. Back then it was the most frustrating watch ever as I could hardly understand anything despite my first language being russian, translator’s voiсe is veeeery… picuiar, it’s monotonous and weird. Also, he voiced it all in one go without knowing anything about bionicle, so he butchered most characters’ names and plot unbelivabely… Yes, this was my glorious introduction to the web of shadows, if it wasn’t a bionicle movie I would’ve dropped it 10 minutes in.
But nowdays I think this voiceover is an incredible artifact that ads a lot to bionicle memeness, I still can’t stop laughting from all his cut, or missed sentences, which translator just replaced with: “Yeah-right/Ok-ok/something like that/Oh not so bad”
As for names. The movie’s name was translated as “Shadows in the Web”, Makuta was called just “evil presence”, Rahaga -Varaga, Visorak - “Nazirak”, Vakama - “Burkava”, Keetongu - “Tangles”, Matau - “MataL”, Sidorak was called “Zverak” and Roodaka was called… (Sigh) Goona Bochula… Yes, really.
He also added phrases like: “Our batteries has run out” Cuz he thought they’re robots, so that’s what usally would happen to them, right? He also mentioned the dark side of the force. 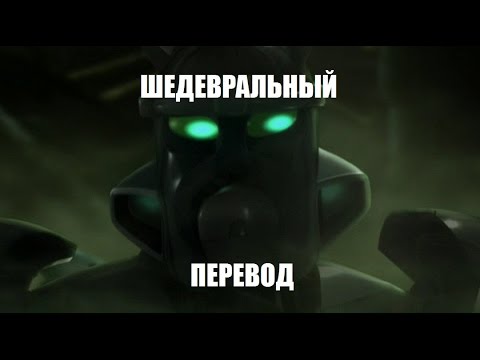 This is very weird and yet i love it

Well there goes the old neighborhood

“Better if we don’t go there or, well, at least it was as was before” Venua’s advice.