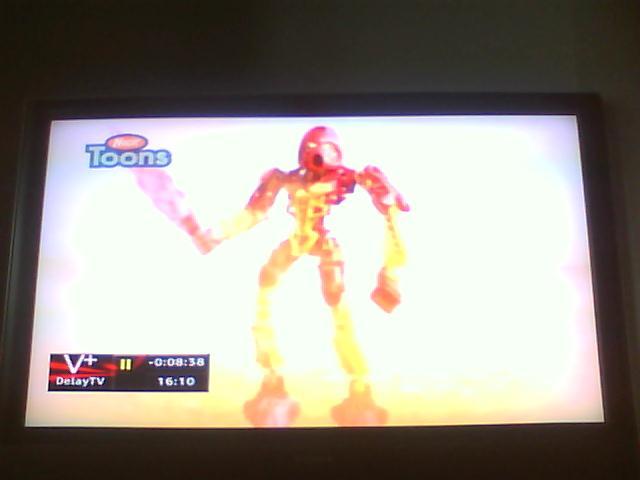 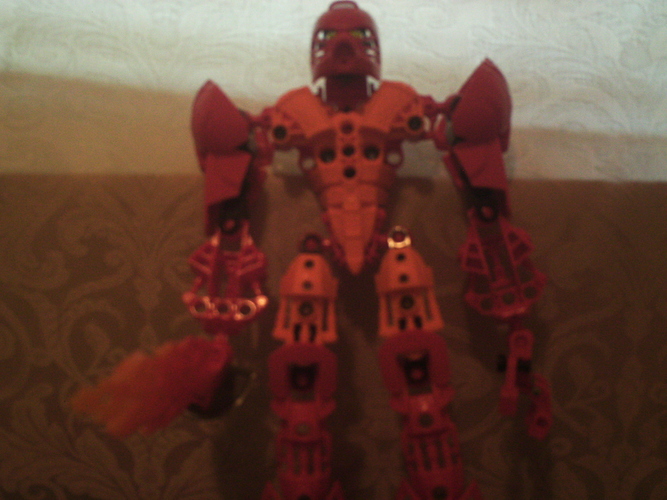 What I did differently was it was made out of the Toa Inika build, so it looks more like LEGO set that would of came out during that time period. I also added a heartlight, and he also has a FULLY POSABLE HAND with 3 fingers (based off BIONICLE: The Game). 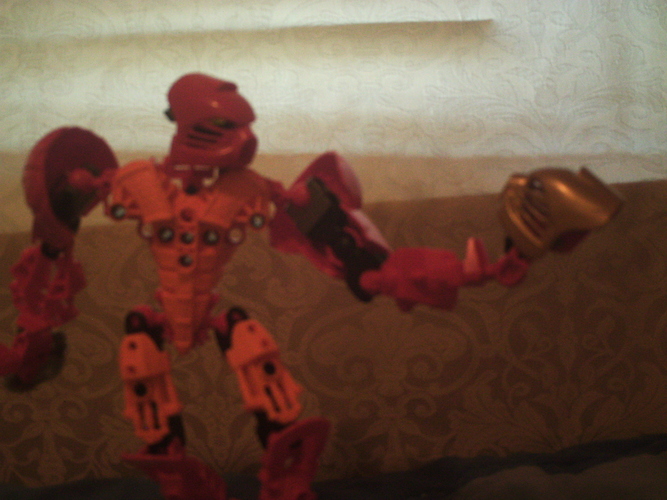 Tahu holding his golden Hau. You can also see that I added SOME HF pieces. 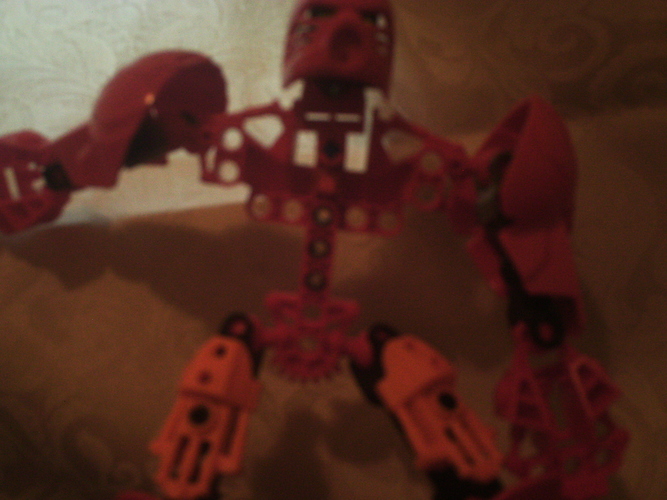 Tahu with his chest removed so you can see the lightstone. 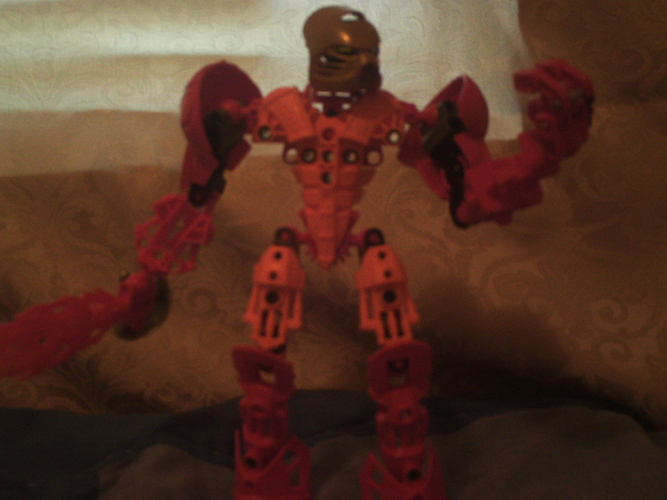 Tahu with his golden Hau on. He is also fist-pumping.

And here's a TTV exclusive photo, since I might add this to BZPower as well. 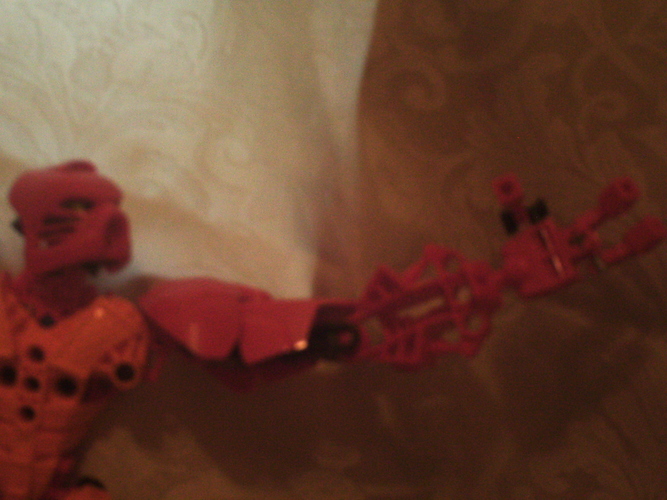 It does look like a set that would have been released during that era. Specifically, Ackar. I mean, except for the hands and shoulders it's the same build with a Tahu mask and a few recolors. .

It's a nice Inikabuild Tahu, but I don't think it's as accurate to the prototype as it could be. For example, the chestplate is clearly intended to be one of the ornamental-looking armor pieces seen in the Stars wave.
Also, must hurt to have a lightstone in place of your heartlight. Ouch.

Oops, forgot to call the lightstone a heartlight

This looks really good, I do like that the remake is a easy inika build and it great that you didn't try to make it the same as the prototype... and give it Hordika legs O_o.