First, I know I’ve been gone.

I’m sorry to all three of you that remember me.

Second, I know this has been done before, such as here, but I recently got a blacklight for my rock collection. Since most of my rocks weren’t interesting, I turned it on my shelf of Bionicles instead and got a whole lot more excitement out of some plastic rather than millions of years of geology. The results were hard to photograph, but mostly I want to spread the word that these guys look sick under ultraviolet light. (Blacklights are fairly inexpensive, I got mine at Walmart, but just make sure you’re buying an ultraviolet light rather than a dark purple light or something.) Blacklights also seem to supercharge glow in the dark pieces (in case you’ve ever needed to do that), and can be balanced with regular light to illuminate transparent pieces under normal lighting. So if you’re into photographing your Bionicles or whatever, try out a blacklight! 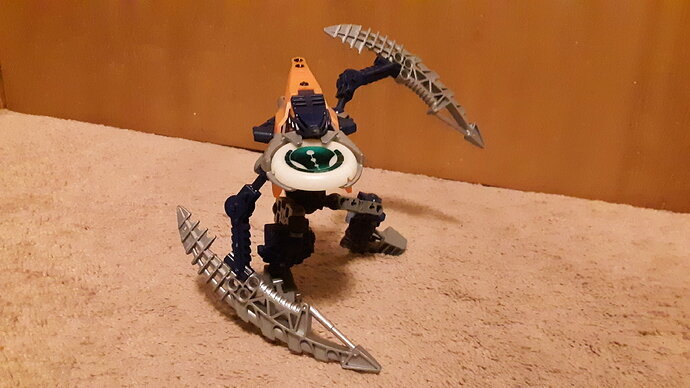 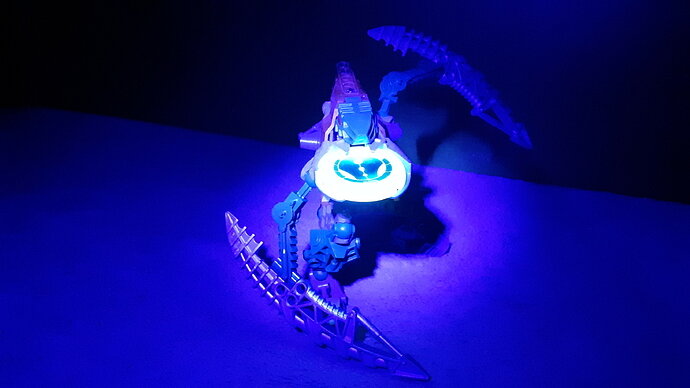 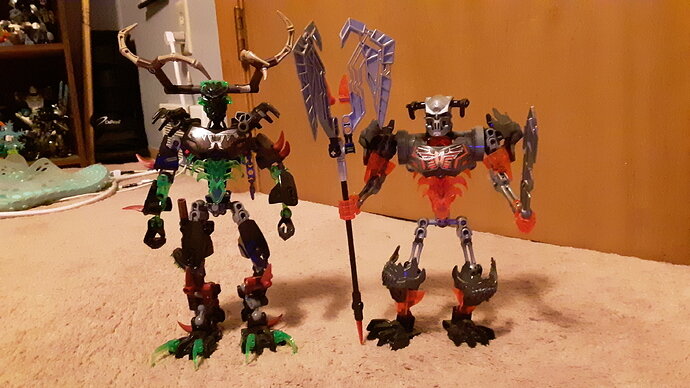 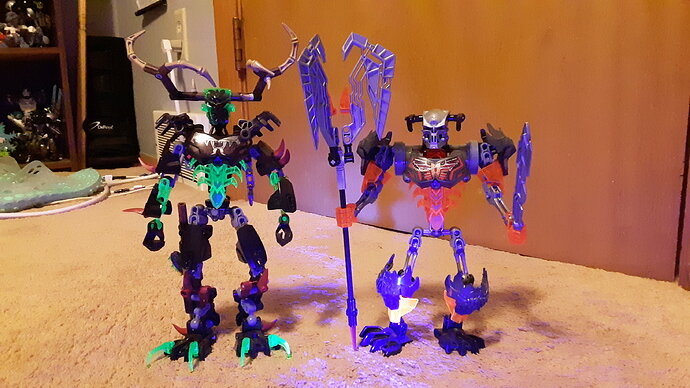 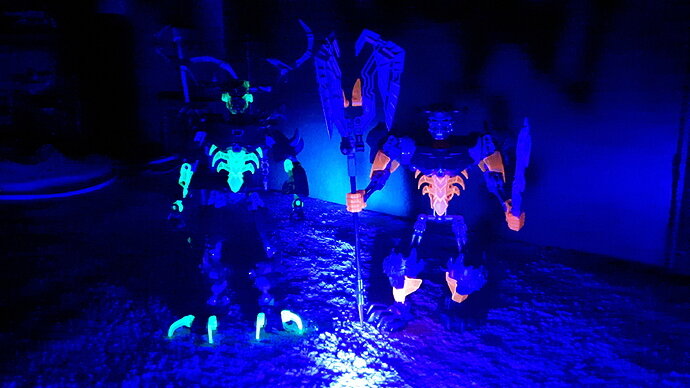 I’m sorry to all three of you that remember me.

I’m sorry to be around long enough to remember you.

I got a blacklight back in 2013 after seeing some pictures of BIONICLE photography using it. Haven’t used it too much, as I’m picky about which kinds of characters get that effect, but here’s one: 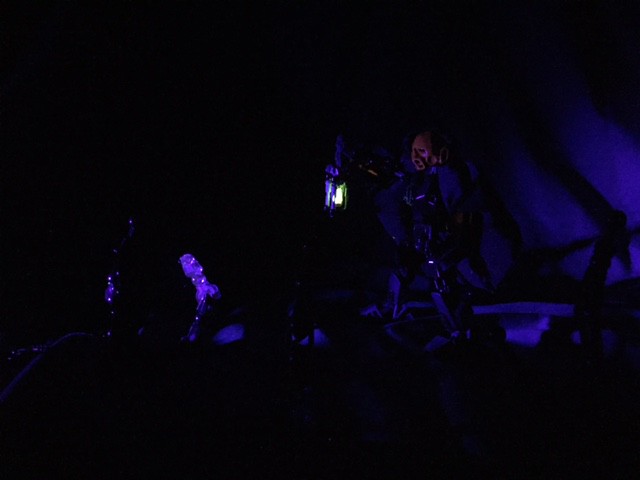 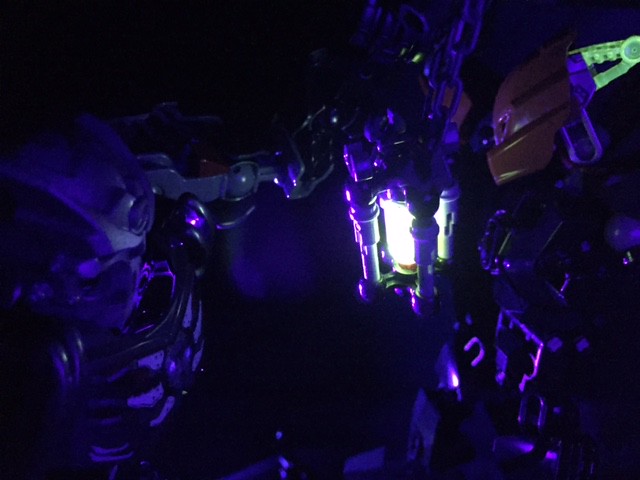 that was such an edgy photoshoot

There seem to be four LEGO colors that light up under blacklight, not counting the glow-in-the-dark that I didn’t know about. One of the two trans-orange shades (the one used on Kulta there), trans-bright-green, trans-neon-green, and trans-medium-blue (not the one still used on CCBS bones - the one used on Matoro Inika).

Good for you! Looks like you were able to get some better pictures than I was. I’ve learned that blacklights are tricky to photograph on cheap phone cameras.