Bloodshed: A Short Story by MakutaOlisi

The Toa ran. It was all he could do now. He had exhausted his elemental energy,he was stripped of his weapons,and his mask was cracked. The city was littered with bodies, toa, glatorian, agori ,and matoran alike. Masks strewn about the place,white Akakus, orange Pakaris, and blue Kaukaus, all cracked and ruined. He turned and saw his pursuer, the figures armor glinting in the sunlight, his mask a horrific mural of stitches,spikes,and metal. The only sounds were their panting,their footsteps,and the gushing and dripping of blood from the cadavers and corpses that lay at their feet. The battle for distance between each other was being won,but not by the toa. The pursuer was close now,he could feel the vibrations. The despair and guilt of his failure was only held back by a faulty dam of desperation and instinct.

He failed to help them.

He had failed to help those who were in need.
His mind flashed to those days when he was a matoran,when duty wasn’t monotonous, unity was so gloomy, and when destiny looked right.
And now he was finally about to face death.
A worthy punishment.
This was his fault.
Not a single soul escaped that awful place.
Because when there is bloodshed,ruin will follow.

Well that was dark.

though I’ll be interested to see what happens next!

I just finished it.

either way it’s quite interesting

Well,the idea was the absolute mortality of toa,and that they get treated like spartan IVs as in they are just disposable and redundant, not actual people.

ooo dark and depressing…
my type of story!

I HAVE A BLUE KAUKAU

well so does probably almost all water toa

Why multiple? does this imply that there are
multiple ghids? Did- DID THEY KILL SHEZORKS AS WELL?

but then why specify the colour of the masks?

does this imply that there are
multiple ghids?

A scary thing to be sure of

hmmm a mystery to be sure 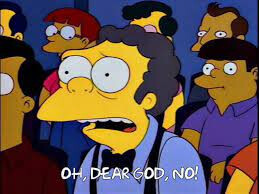 dang thats pretty dark
the thing hes being chased by is marendar right?