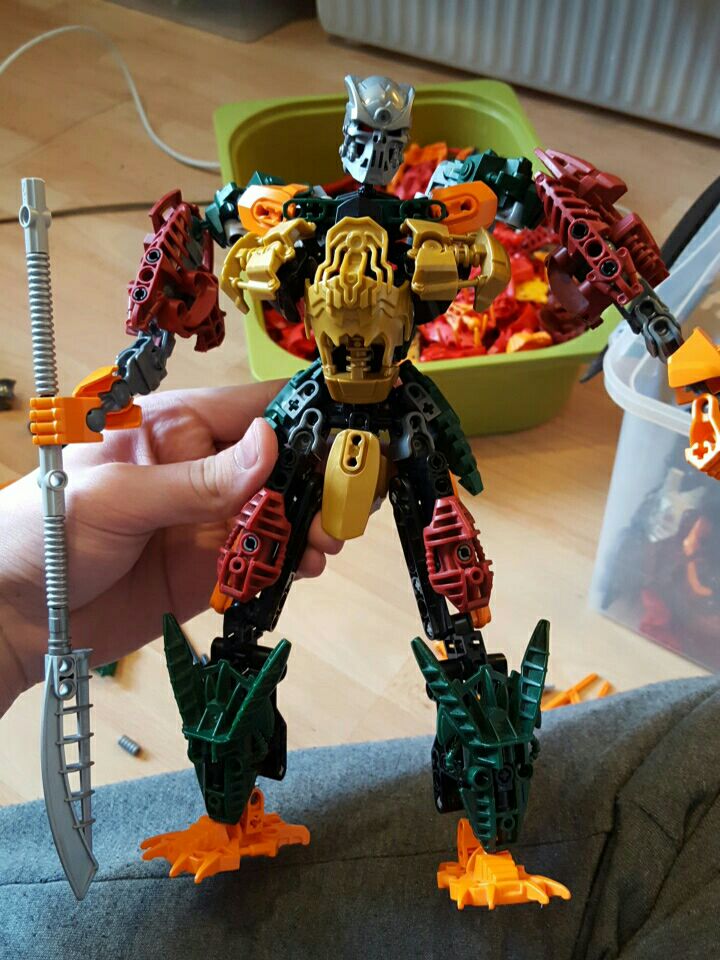 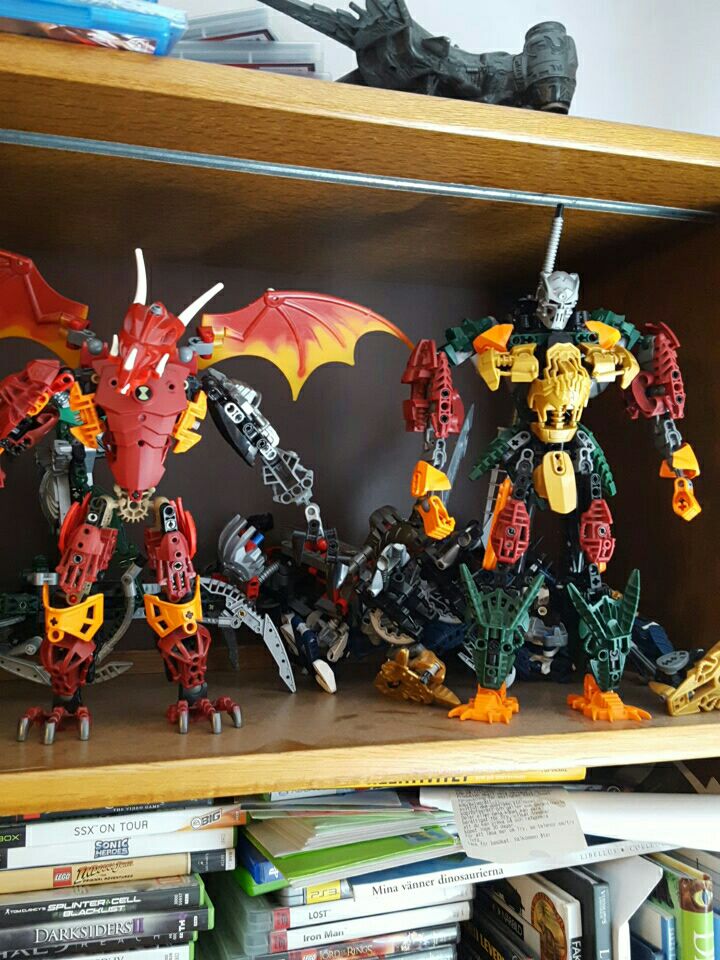 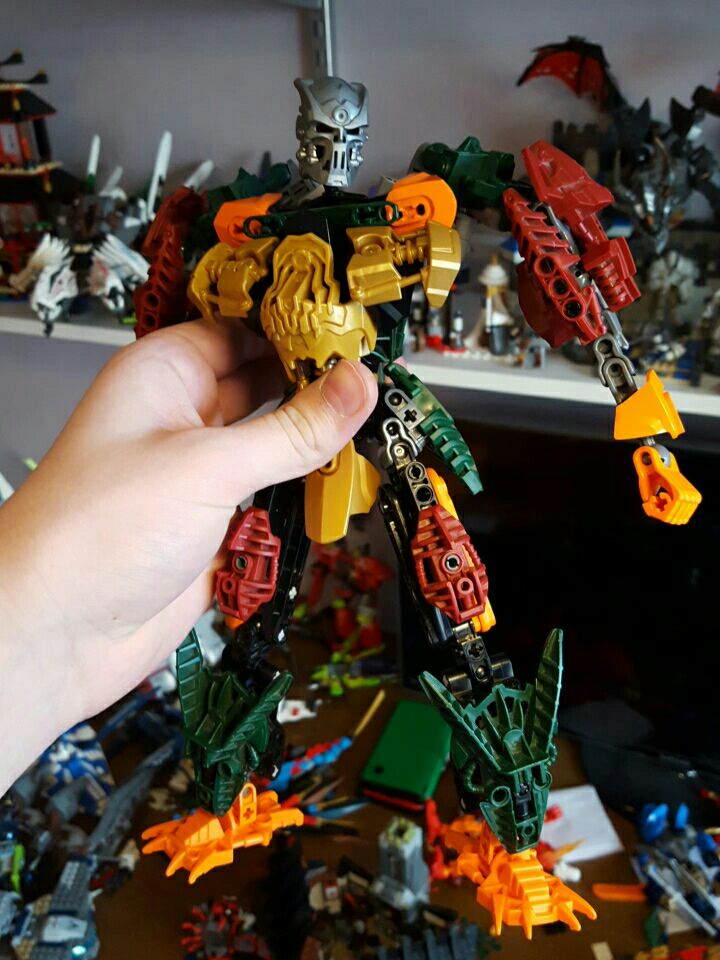 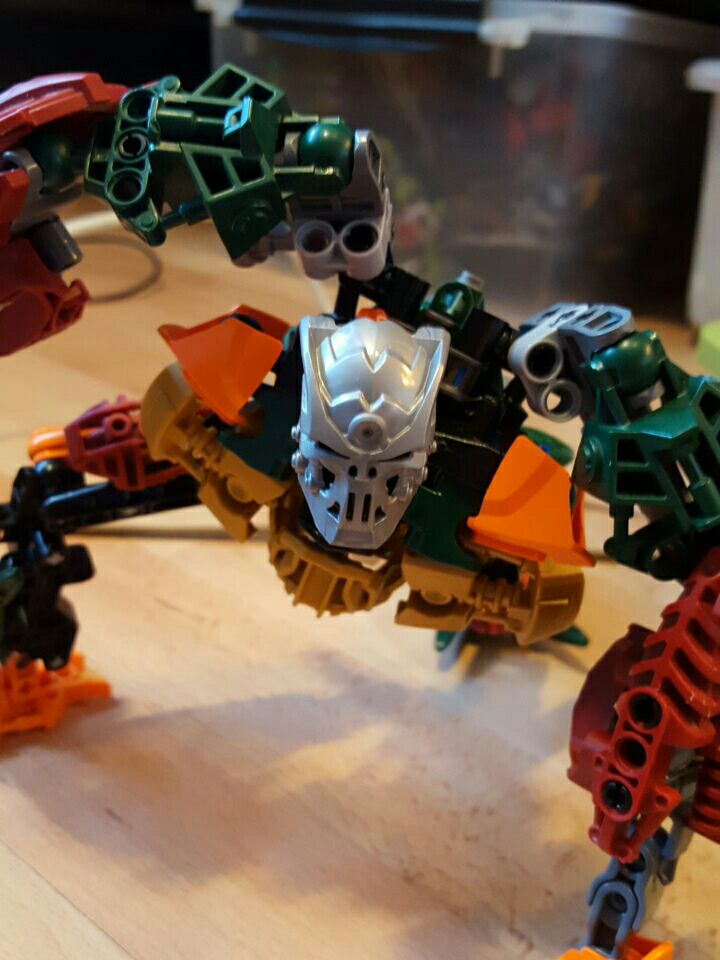 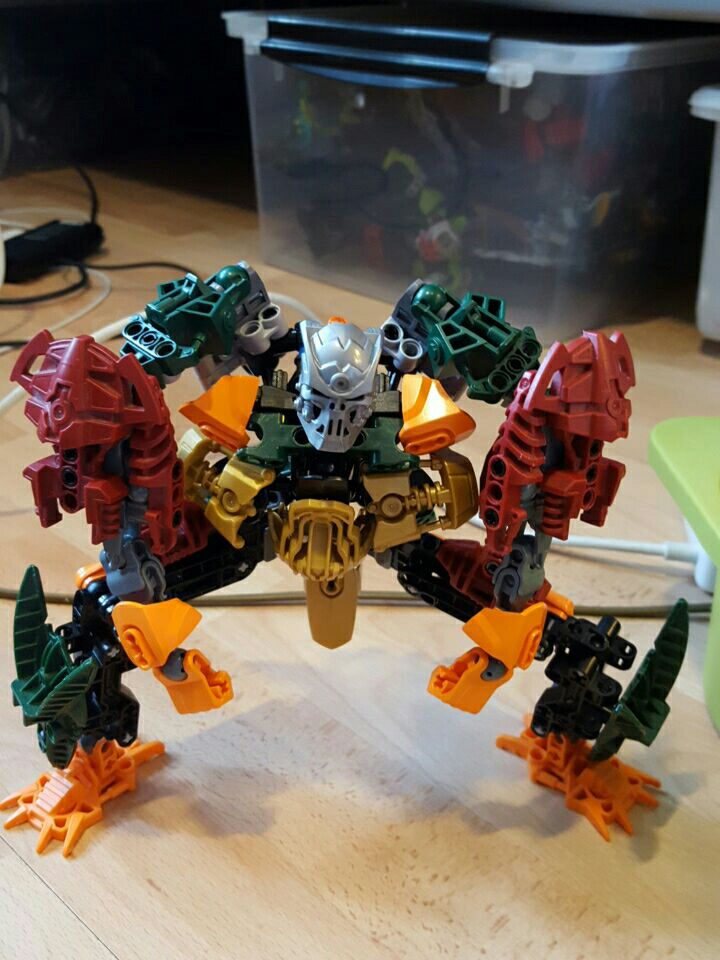 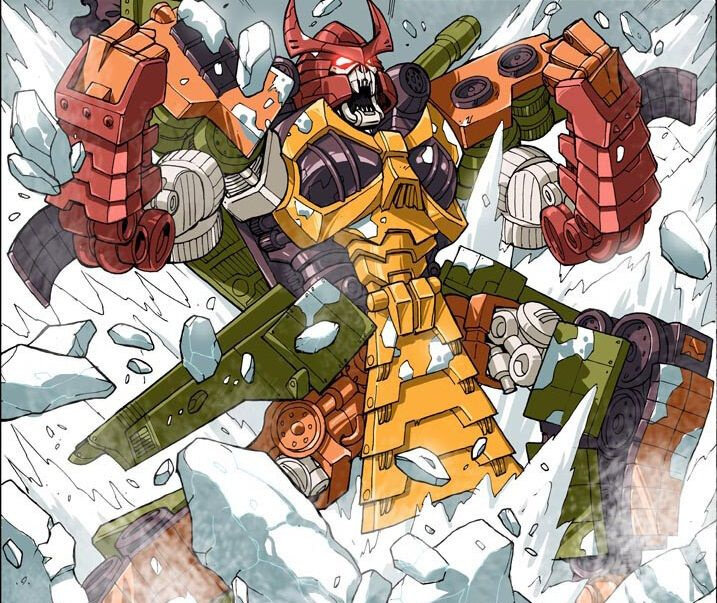 Its been awhile since I posted anything or even built anything. But I recently looked through my phone and found these images of a MOC I made 4 years ago. Back then I was to scared and insecure to post it. But either way I hope you enjoy them (excuse the Lego mess in the background). Oh and if you dont know Bludgeon is a Transformers character

I’m assuming you’ve probably improved a good bit since making this character, but still want to point out a few criticques. There’s a lot of color going on here, and while some of it might be intentional from the source material, most of them don’t look balanced - most notably the gold, only present on the torso, and the silver only in the head. If possible I’d justt get rid of one of the primary colors - the red, orange or green, and focus on balancing two primary colors and one metallic color.

The design is alright for a titan size build. The main thing I have to complain about is those gold uniter addons that don’t really cover anything. You could potentially have moved them up to cover those orange shells. The gold bit on the waist could also be moved up to be slightly under that Skull armor.

@Hawkflight I hope that I have improved, but either way I agree with all the things you said. The colors are almost accurate to the original character but back in 2016 I just built mostly these kind of Bionicle MOCs and I would love to try and improve on the design. Anyways thanks for the tips and criticque and have a lovely day.

Interesting idea, but it could definitely be improved. The color blocking especially I feel like needs more work.