These are a pair of crabs I modeled after two of my friend’s selfmocs, Toa Bythalis and Toa Altron, the first of which belongs to @MrBoltTron. Probably the main inspiration was BoltTron’s tortoise version of my selfmoc, so nothing like a bit of a comeback in the same spirit.

These two also kick off my new story, which will be told as snippets of lore from which you can put together events as I upload more mocs related to the story and setting. This site isn’t exactly the best place to keep it tidy, but I made a dedicated folder on my deviantart.

"The Bolt Crab is a stern predator. It lies in the sand waiting and paralyzes its pray by delivering electricity through its claws. If it feels threatened it releases all its stored electricity from its back at once.

After the mask forge of Ta-Maanos sunk into the sea, it attracted heat resistant prey, but also the toughest of predators. The Sunken Forge and its valued masks and materials are now only accessible with a kanohi Kaukau or to amphibious beings." 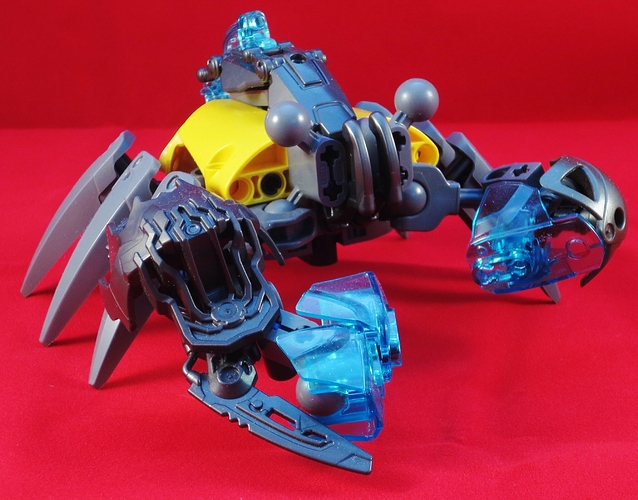 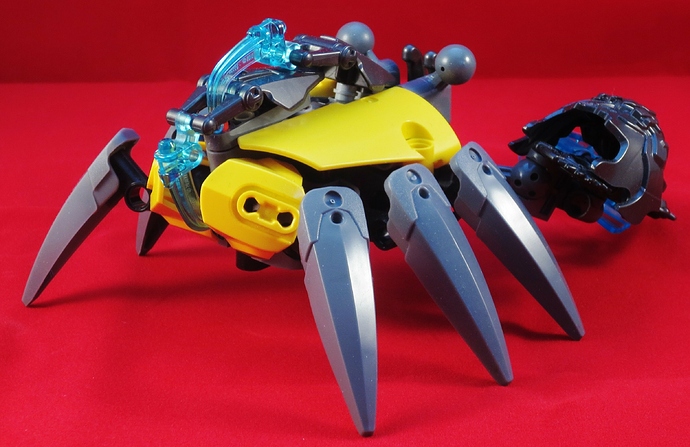 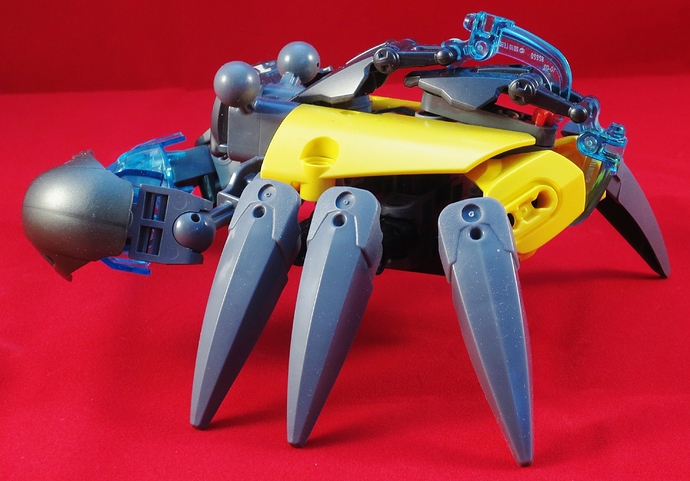 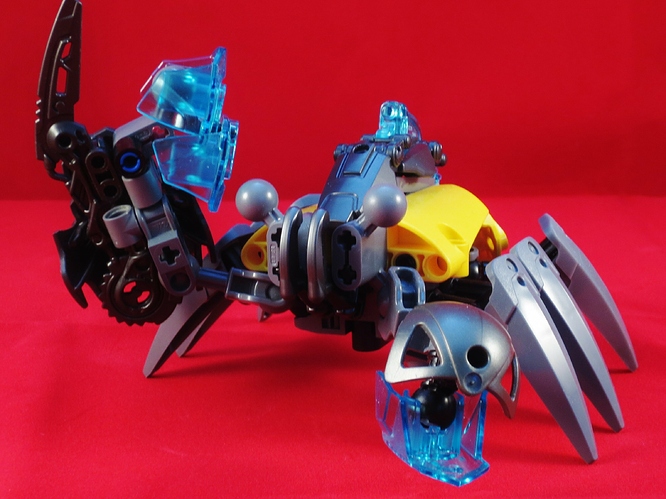 "The Lance Crab is more mellow than its electric cousin, but possesses powerful arms. It lives in the hottest areas of the forge, feeding on smaller crustaceans. It stuns them by slapping its prey and uses its claws like a lance, piercing the shell.

The deepest part of the Sunken Forge is rumored to have the remaining kanohi and kanoka of Maanos. Only one being is known to be capable of retrieving them." 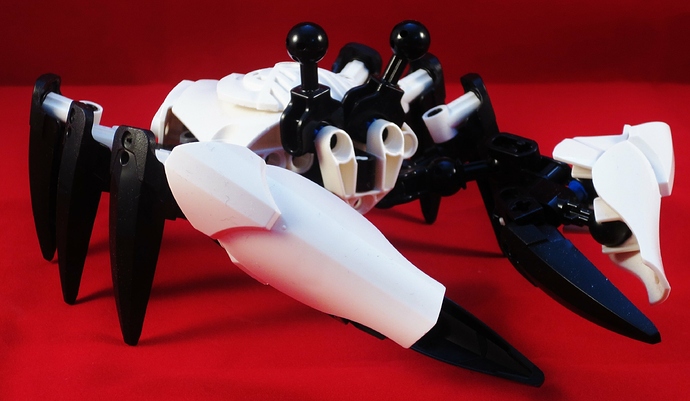 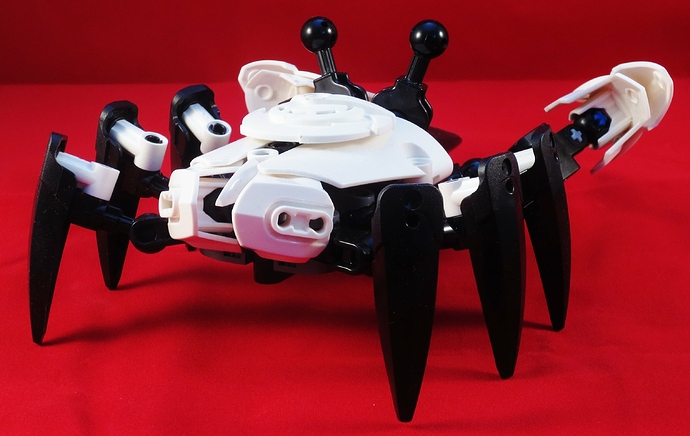 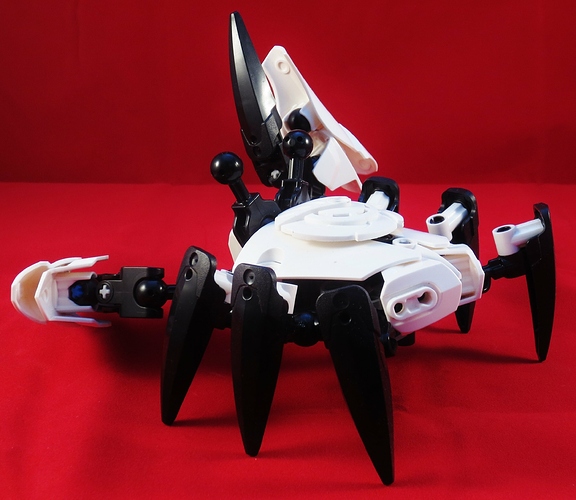 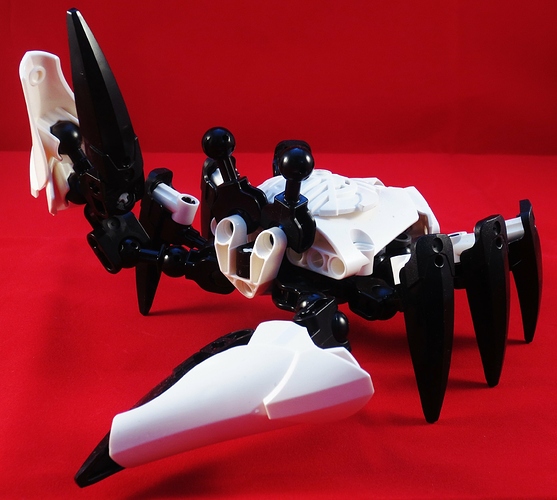 Wow, they look awesome, bolt is definitely my favorite

It’s nice to see how people continue finding new ways to make Crabs from technic and CCBS. My favorite of the two is probably the Lance Crab, I enjoy its color scheme and the way it utilizes the Star Wars leg armor for the claws.

These are a pair of crabs I modeled after two of my friend’s selfmocs, Toa Bythalis and Toa Altron

The limitations with Bythalis’ colour scheme unfortunately lends to a very poor MOC. The overall appearance seems like a work in progress, to be honest.

Altron, however, works very well, as the Lance Crab has a more unique and creature-like feel to it. I think the main problem with the Bolt Crab is that it carries over too much of the clunky, robotic feel with it, which could probably be solved with my go-to solution:

All in all, nice pair of MOCs. Can’t wait to see more from you!

Can’t blame you, I whipped both of these up in like an hour or two. It was a quick idea that I executed in an evening to take them both to an expo the next day.

Besides, it’s a hard task to make a completely different species look like its reference. (Although MrBoltTron’s Monarth-tortoise was brilliant.) I’m pretty much happy so long as people get the reference. Or not. If they simply like it, that’s fine aswell.

To be fair, greebling isn’t really my style as I prefer making sturdy builds (although they sometimes fall apart too) and not worry about parts falling with each degree I turn the joints while posing. At shows its a fun contrast to look at between MrBoltTron’s mocs and mine.

But I digress. Glad that you like 'em and thanks for the feedback.

These are so satisfying and well built. Really cool color choices on the Bolt Crab, even if it is based on someone else’s Self MOC.

I’m not a fan of the first one and it’s color scheme, and the claws are really weird. However, the second black and white one is executed flawlessly.

Really nice usage of parts in the claws
Awesome mocs

how much for both?

I always feel sad when I see beautiful Mocs using storm trooper armor knowing that I can’t afford to buy any more of the bionicle like Lego things nowadays.
Jk, I can definitely see how the bolt crab uses electricity with the awesome blue elements, and the lance crab does indeed have lance like claws.